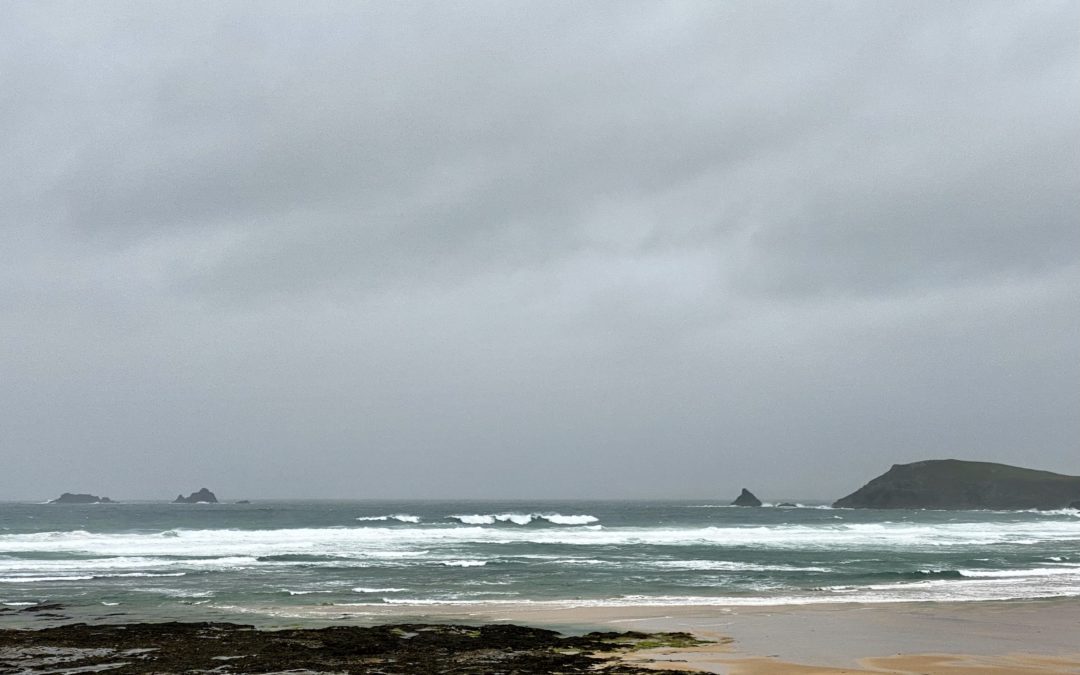 A mild sou’ westerly wind is pushing a morning of rain across the bays this morning, the damp view filled with grey.
Five or six feet of equally grey surf is tumbling ashore, a shapeless ribbon of loose and lazy swell rolling along the coast.
Harlyn could be the place to be today!

The carpark front row is occupied already this morning, Harlyn Bay strutting its offshore wind-shaped surf in the shape of hollow three foot dropping tide snappers.
It’s grey and breezy and wet but those waves look like fun and should be getting better throughout the morning but watch out for a windshift, maybe not until this afternoon but it is likely to go onshore!

Surf Forecast for Thursday 12th May 2022

A more westerly wind is likely to bluster through today, pushing along a thickish four foot swell.
The sun should be shining and Harlyn should be delivering the surfing goods but it’s still likely to be. Breezy and sloppy one!

Onshore winds are likely to chop and slop the slightly bigger surf at our more popular surf breaks locally this week with south westerly winds blowing in off the Atlantic.
We’re unlikely to see much above the three or four foot size range but at least those waves should be stronger and more consistent than we have seen for a while and midweek should maybe show some bigger surf too.
So Harlyn is going to be the surf spot of choice locally this week, those south westerlies being offshore here. And we should see some fun surf spinning through there with enough waves to keep everyone happy, getting bigger through midweek and through the end of the week again too.
So, a bit of a different surf week to the last few with more surf action and a little more mixed weather.
Stay safe, stay happy, stay well and have a great week, wherever you are and whatever you’re doing!