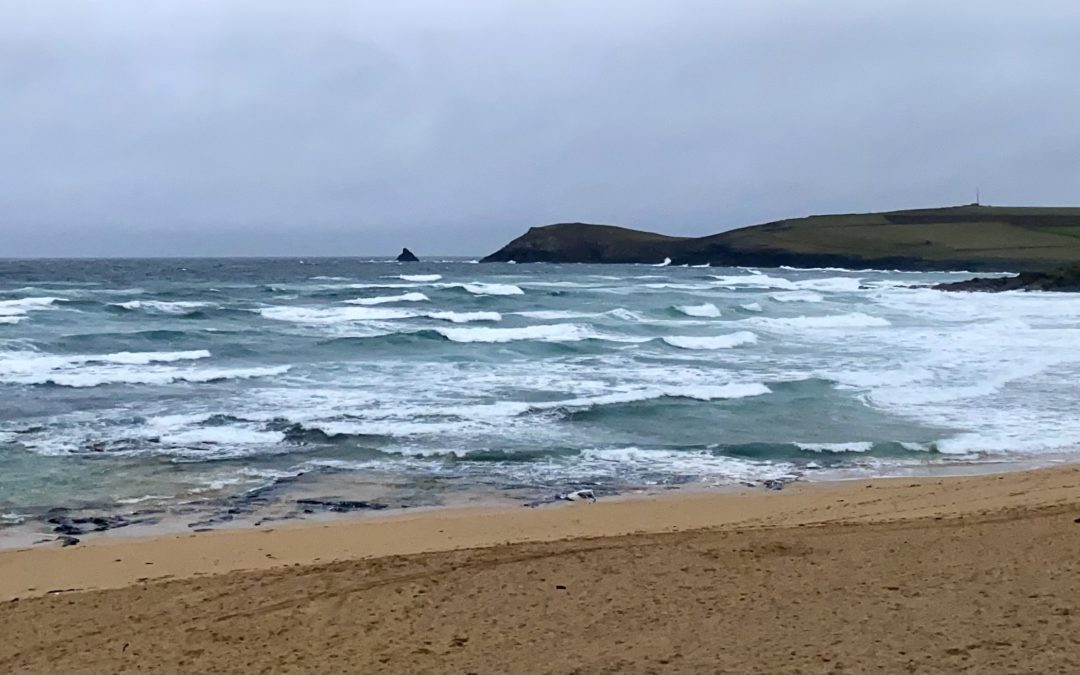 A steady west sou’ westerly breeze is pulling and tugging this morning, the threat of a downpour or two just over there, maybe just about to miss us.
The surf is a bumpy four feet or so, although I’m guessing that it’s bigger than it looks.  But it doesn’t look worth the effort of paddling out to find out.
It should all be a little bit better over at Harlyn though!

Ah, Harlyn, what would we do without you when a blustery sou’ westerly gusts across the bay!
There is a bit too much west to the wind to allow it to be any better than okay but the surf is peaking and rolling, three feet and occasionally bigger of more wintery looking waves occasionally closing out, occasionally reeling off.
It should be a a whole bunch of fun though!

West nor’ westerly winds will return this morning to chop and stir the bigger but very untidy surf all day long. Four to six feet of choppy (and cold!) mixed up surf is the best that this coast will offer today!

It looks like we’re in for a period of wet ‘n windy stuff with a weak and bumpy, windswept four feet or so of uneven surf being the best we can look forward to enjoying on this coast for the next few days at least.
The wind is likely to start out from the north west at the beginning of the week, gradually easing to the west before briefly settling to the south west by midweek.
That at least will give Harlyn a chance to shine for a few hours while the bigger, lumpy swells that have been pushed our way are groomed into something hollower and more fun by that same wind blowing offshore there.
But then the wind is likely to swing north westerly again by week’s end, chopping out the surf once more, a surfari to the south coast being our only option if we want some cleaner conditions.
Stay safe, stay happy, stay well and have a great week, wherever you are and whatever you’re doing!