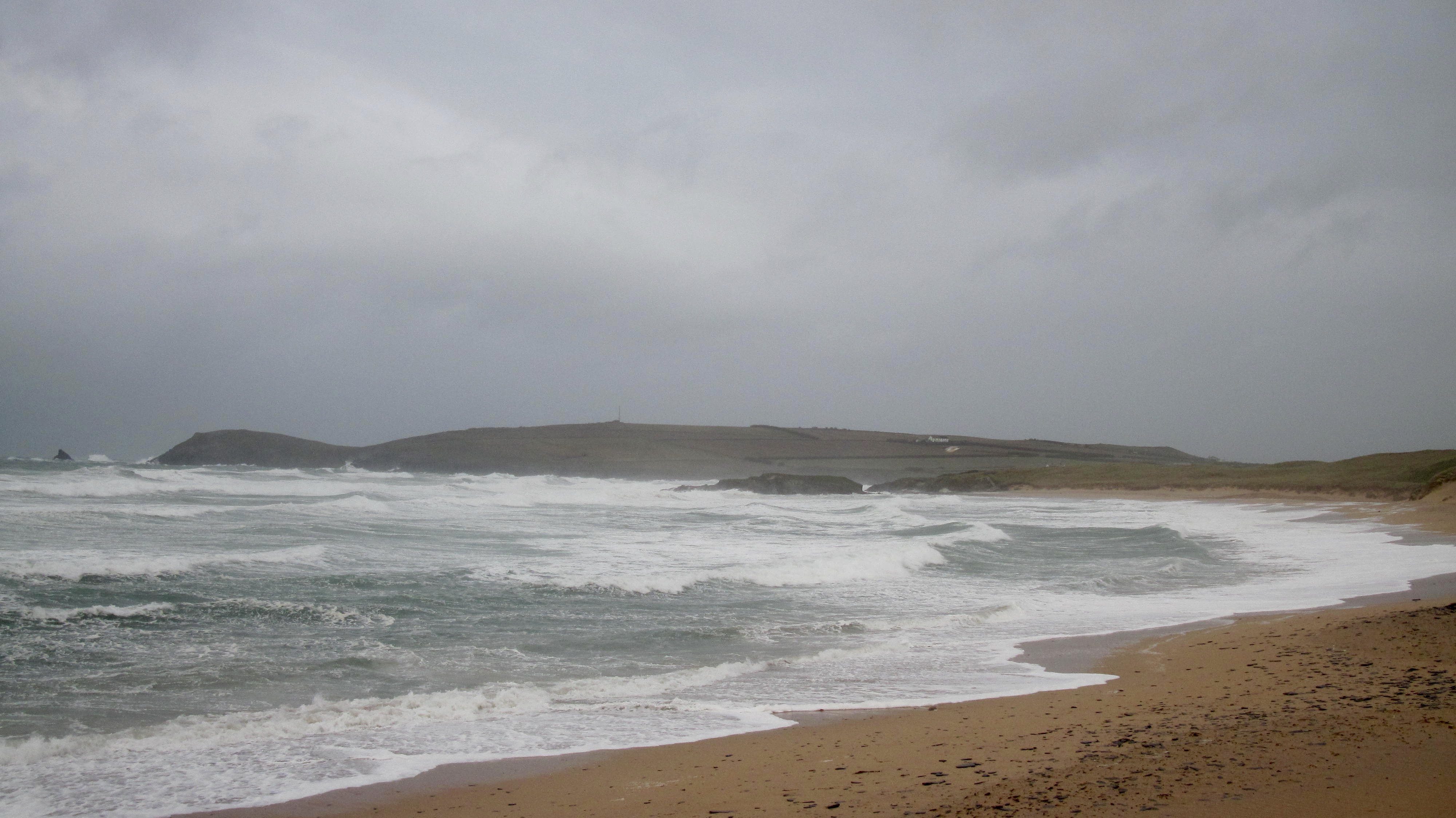 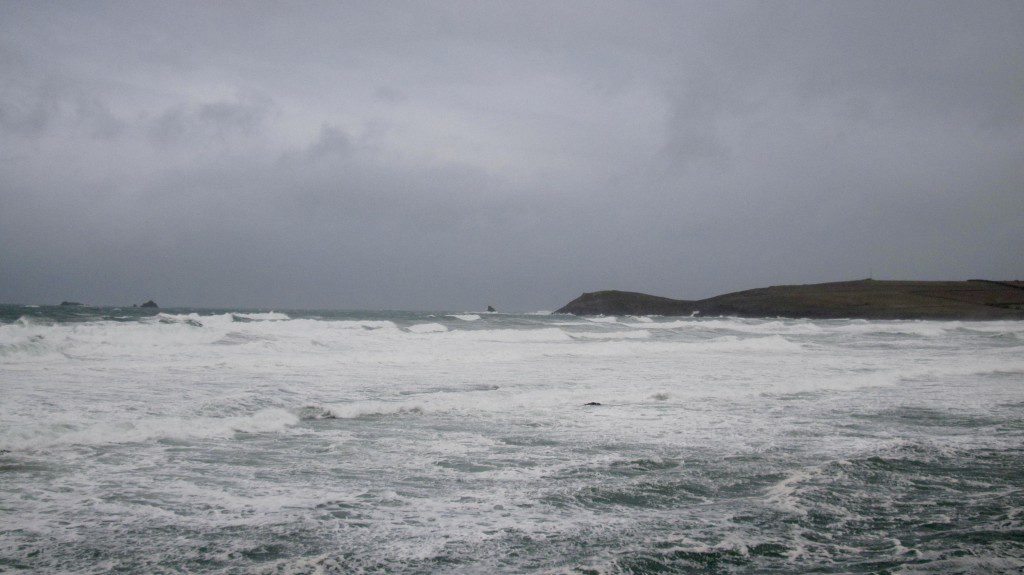 It’s still blowing!
Not as fiercely and not as angrily as the weekend but that wind is still screeching across the headlands, pushing through the hedgerows and swirling the surf into a madness of chaos.
There is no lineup again today, those waves are breaking without plan or desire, just bouncing into action, metric tonnes of whitewater suddenly falling into dark turquoise deeps, brilliant white broken waves hurrying up the beach until exhausted.
It is exciting to watch and, I guess, great for those artists who love the sea but from a surfing point of view, we’re going to have to give it a miss, again.
The wind though does seem to be almost, just a degree or two south of westerly, so Harlyn might just be worth a look! 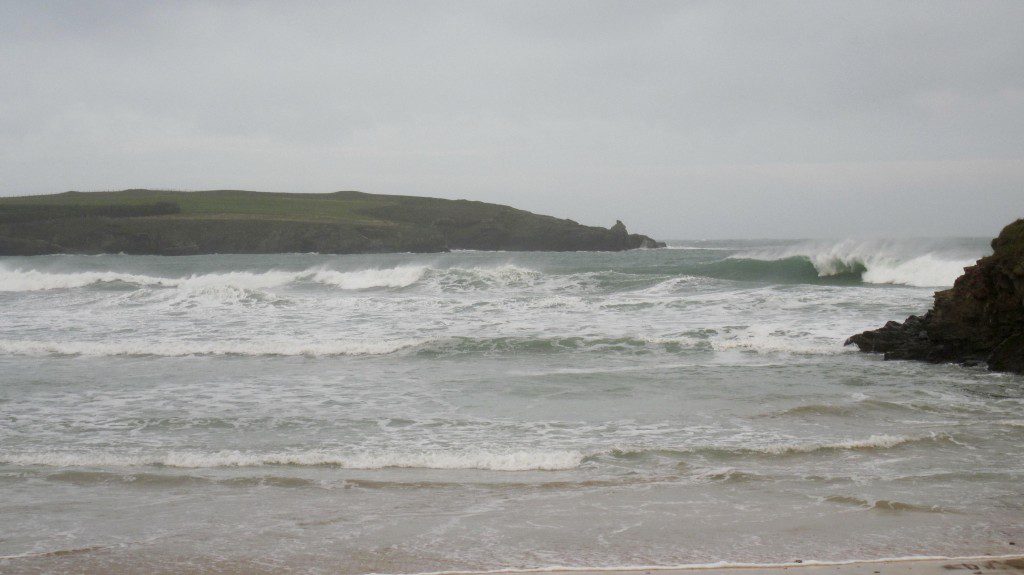 There’s less size here than I expected but the tide is just about full and so those angry swell lines have a long way to travel, to swing all the way around and into the bay.
Saying that, there are some occasional monsters unloading into the middle of the bay, ten minutes or more apart from each other but they are lumbering through!
So it’s four to five feet with set waves getting into the ‘big’ range and the wind is howling almost offshore but more sideshore really.
It looks like a beast of a paddle at high tide but once that tide has dropped out, you know that you’ll be able to just tuck and run and step outside – if you want to be there!
And we all know where might just be working really quite well if conditions continue like this through Midday!

No change yet!
That big, long range, mid-teens wavelength swell is going to continue its march into our bays, pushed and pulled by those gale force south westerly winds.
Big and stormy, windblown and unpredictable surf waits for us once again!

Strong, strong winds and huge, huge waves are likely to continue to batter our already storm beaten and wave ravaged coastline and it is likely that we won’t be seeing much change anytime soon, maybe by Thursday but even that might be temporary!
Those winds might just slip a few degrees more to the south though, at least allowing Harlyn a chance to provide some more rideable waves. But they are likely to be huge and increasingly hollow and dumpy as that goes on.
We will probably all be holding our breaths in the hope that that fickle point-like peeler might kick in during the week, maybe by Tuesday but the sand wasn’t right last time and the tides might not be great this time.
But, if you do find somewhere sheltered enough and enticing enough to slip in for a barrel or two, take it easy, there’s a lot of energy in those stormy waves. And you know what Eddie used to say; ‘if in doubt, don’t go out!’.
Have a great week, wherever you are and whatever you’re doing!