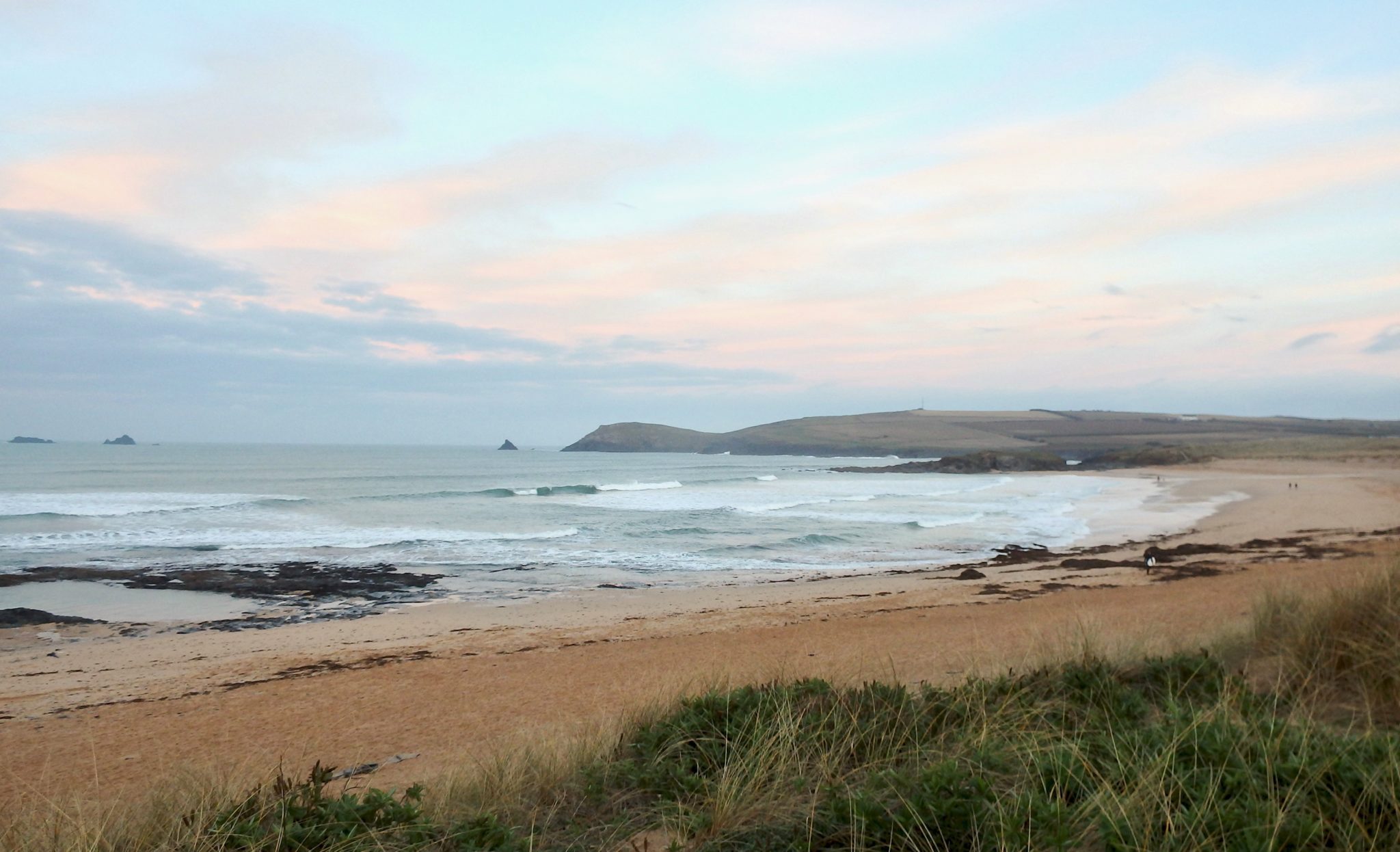 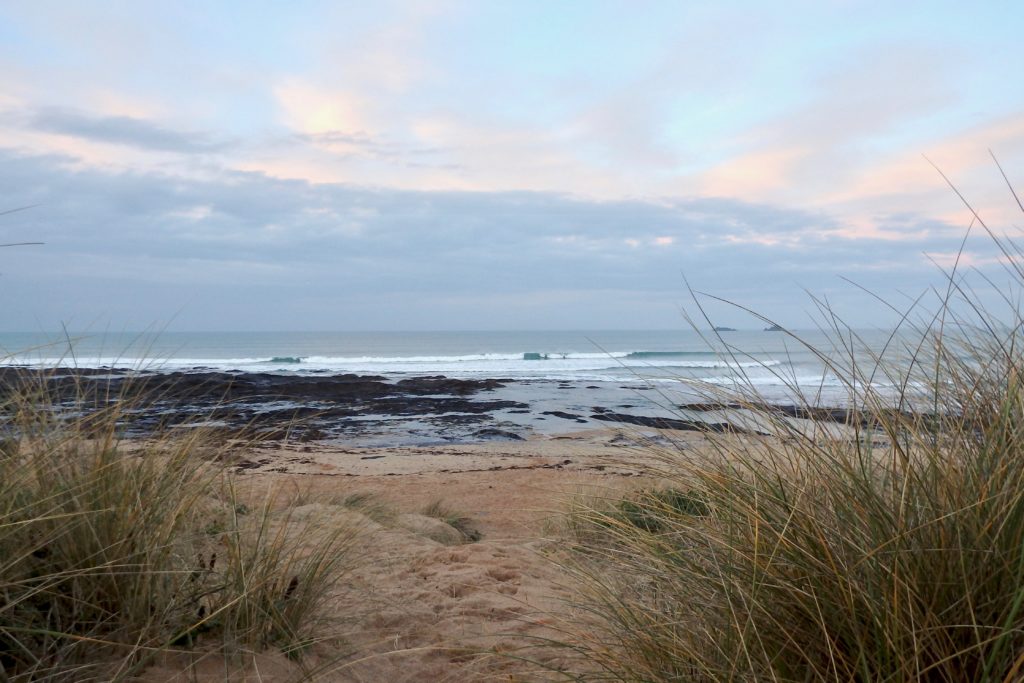 The gloom of an overcast early winter’s morning is being lightened by a light offshore breeze drifting against a long wavelength, super-setty swell that is drifting our way this morning.
The couple of feet of surf is being swept aside by sets twice that size but with fifteen minutes or more between them.
There is a solid swell on its way!
In the meantime the air is a little milder, the breeze is from the south east, the sky is dull and fill of rain just over there and there’s a humdinger of a low pressure system flinging swell lines our way.
So all we have to do…. is wait.
Or get on it before the wind changes. 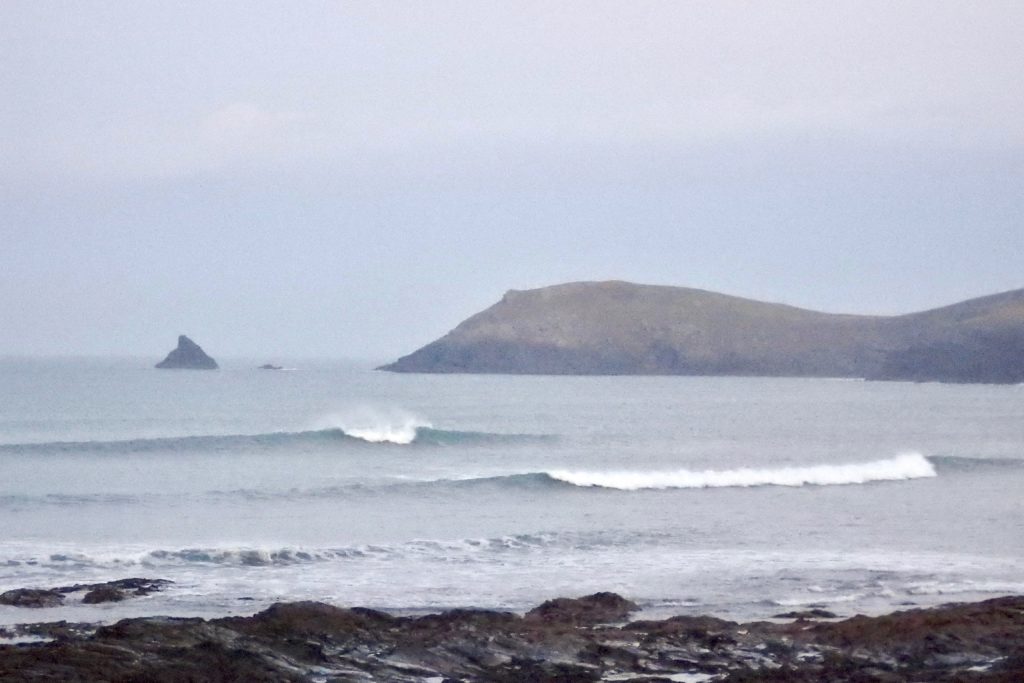 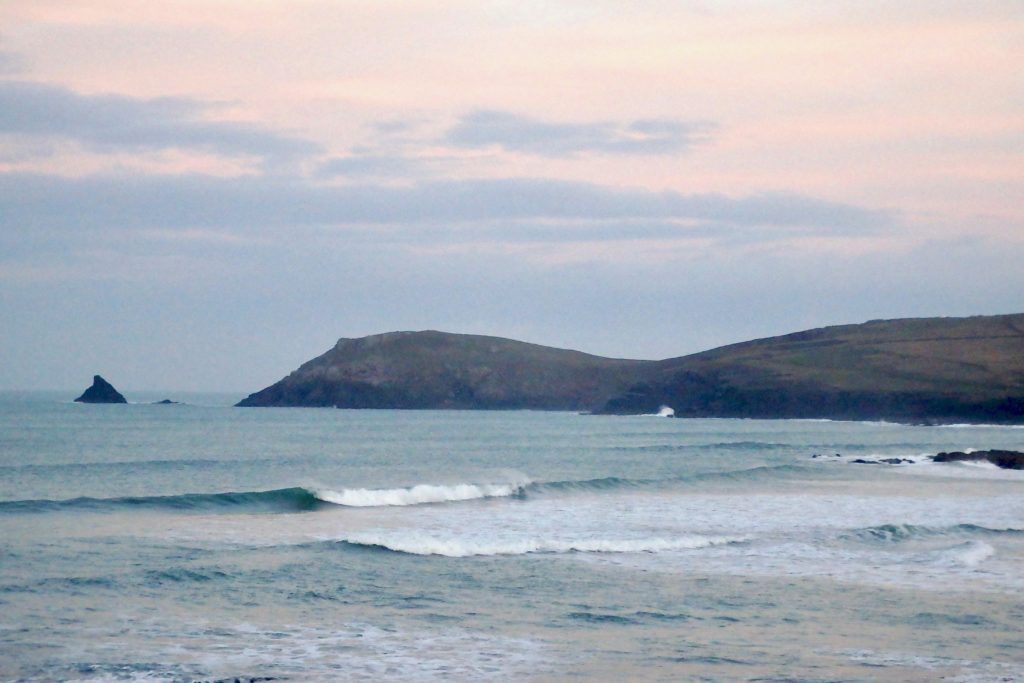 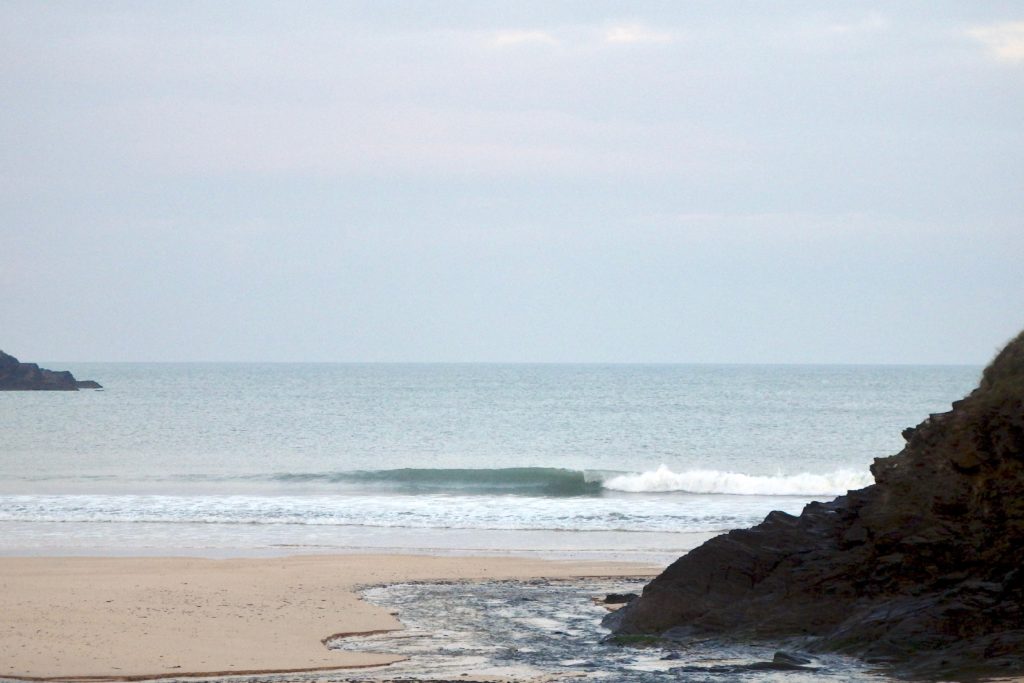 A foot of glassy and snappy little, fast breaking waves are slapping the half-tide sand at Harlyn this morning, with those odd one-wave sets in the two to three foot range every quarter of an hour or so.
I would imagine that there will be some fun around here this afternoon if the other side becomes a bit of a tedious paddle battle, which I don’t think will happen today with these set waves being so far apart. But if it does get a bit heavy for itself over there, there should be a smaller option to surf here, especially by this afternoon. 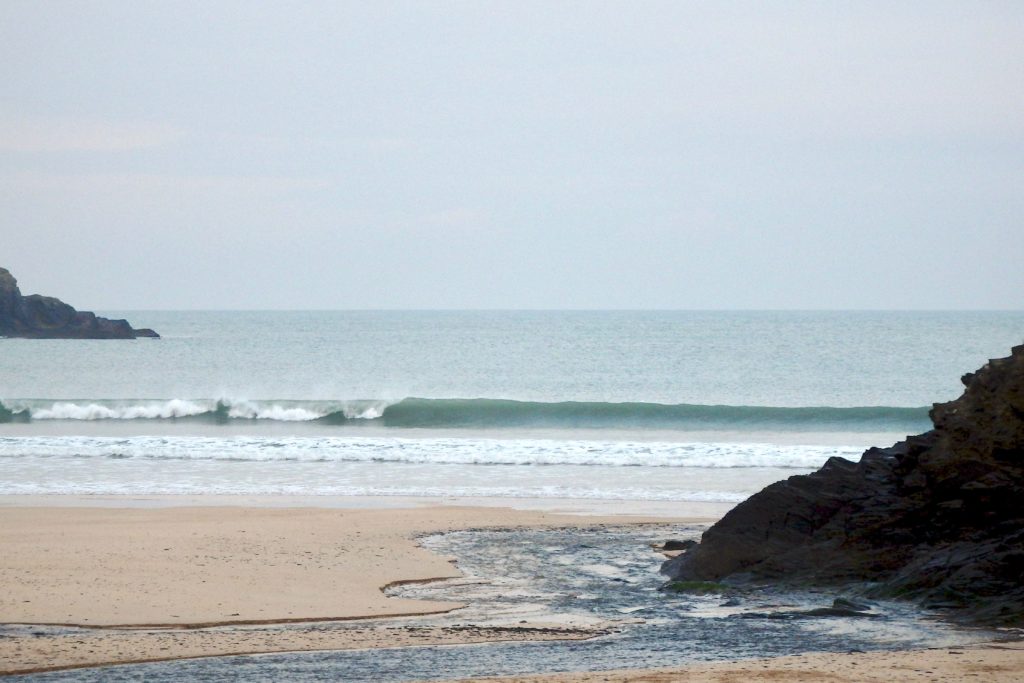 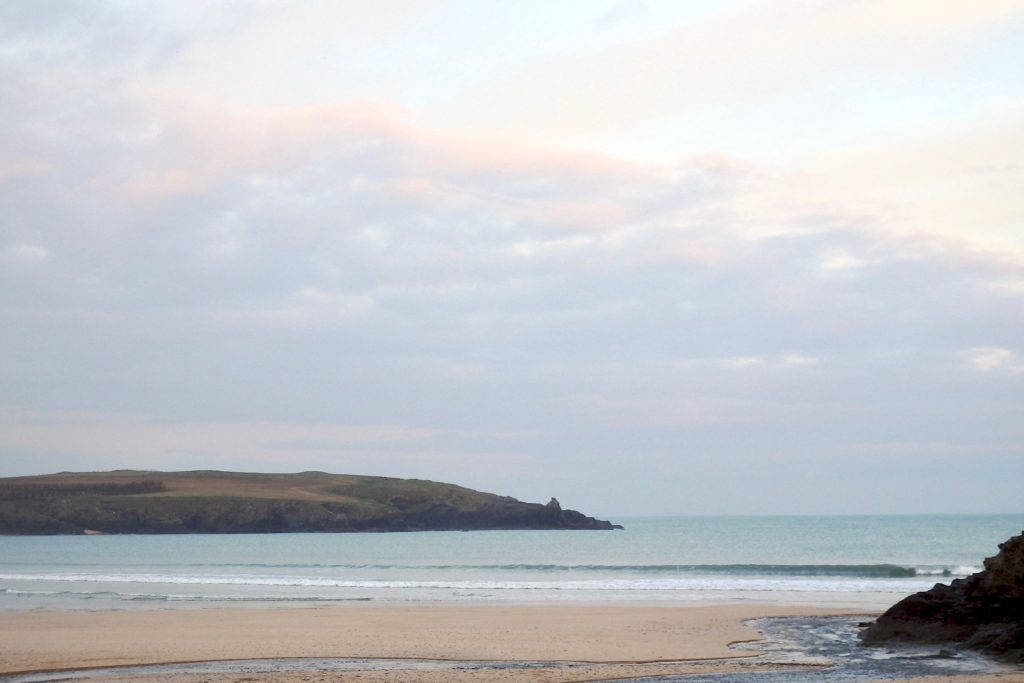 We should be seeing some big old swells rocking our way today and, with only a tiny bit of luck, that wind should play ball, especially through the late morning tide.
Eight feet plus of thick and gnarly, mid-teens wavelength swell is hopefully going to be powering into our bays, the light breeze drifting offshore through the morning and hopefully staying that way until dark.
All of our preferred surf breaks both up and down the coast should be firing today with barrels aplenty and peaks and walls and derring-do to be had by all.
So, wax ’em down and take yer pick!

Make the most of those calmer and more settled, brighter conditions at the start of the week, there’s another low pressure system out there in the process of dropping its isobars ready to pounce!
The small but beautifully shaped surf of Monday should gradually increase in size through Tuesday, the wind continuing offshore until late on Tuesday afternoon.
The weather will deteriorate again as we go through Tuesday, the swell increasing in size all the time.
Big swells are going to be battering their way into the bays through Wednesday, the wind maybe calming and switching offshore through the morning, offering some classic big surf conditions at our favourite breaks – if we’re only a little lucky!
Those winds are going to revert back to north westerly at least for a while as we go into the back half of the week but they might just stay quite calm during daylight hours, offering at least the chance of some big and testing surf!
So, all in all it’s looking like a week full of potentially great surf if only for a few hours at a time! With a little research and maybe more travelling than you would prefer, we should all be able to get some great sessions in!
Have a great week, wherever you are and whatever you’re doing!