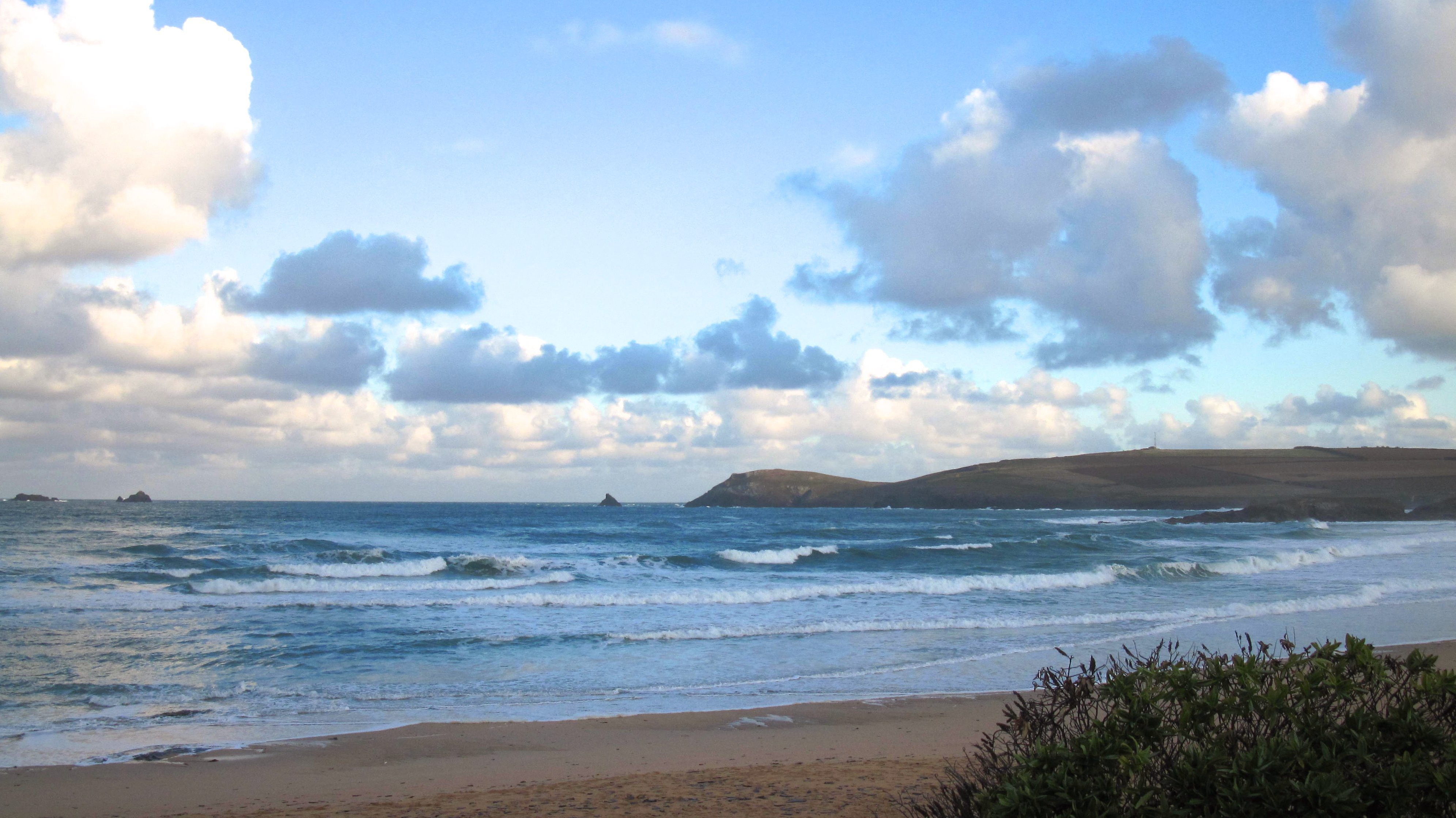 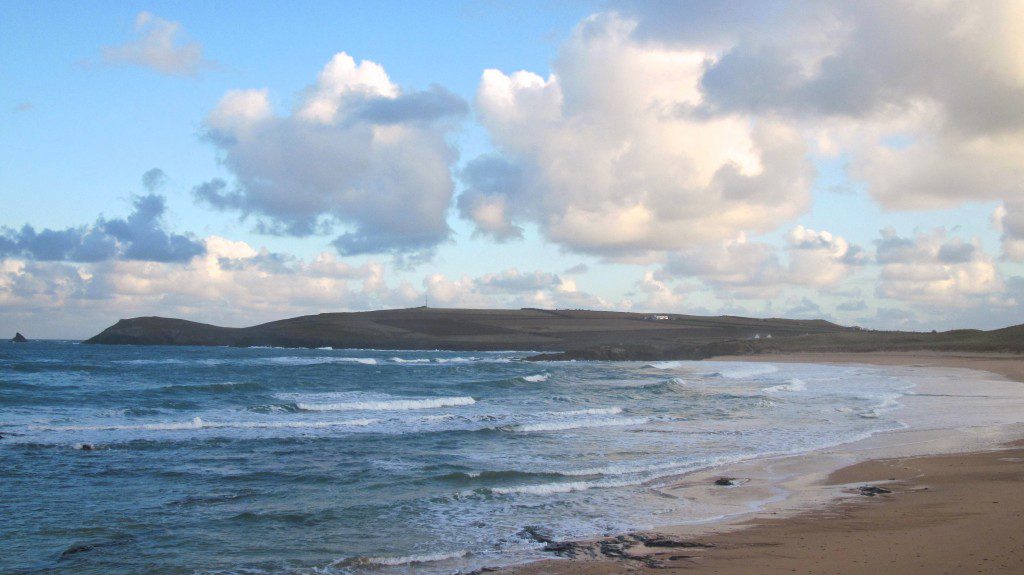 It’s a bright enough start to the day this morning, the sky a patchwork of light and dark cloud groups, each huddling to the other, the brighter gaps between stretching out quite quickly.
The wind still has that bite, the sting of a cold north westerly reaching through the brightness just to reassure us that Summer ain’t here yet!
The surf is a bit junky, a couple of feet of stuttering and hesitant, bumpy stuff, that wind bullying those quite weak looking waves about the bay.
No, it’s not great but there are waves if you’re that keen.
The only place that will have clean conditions is the south coast but I’m not sure if it will be big enough down there? 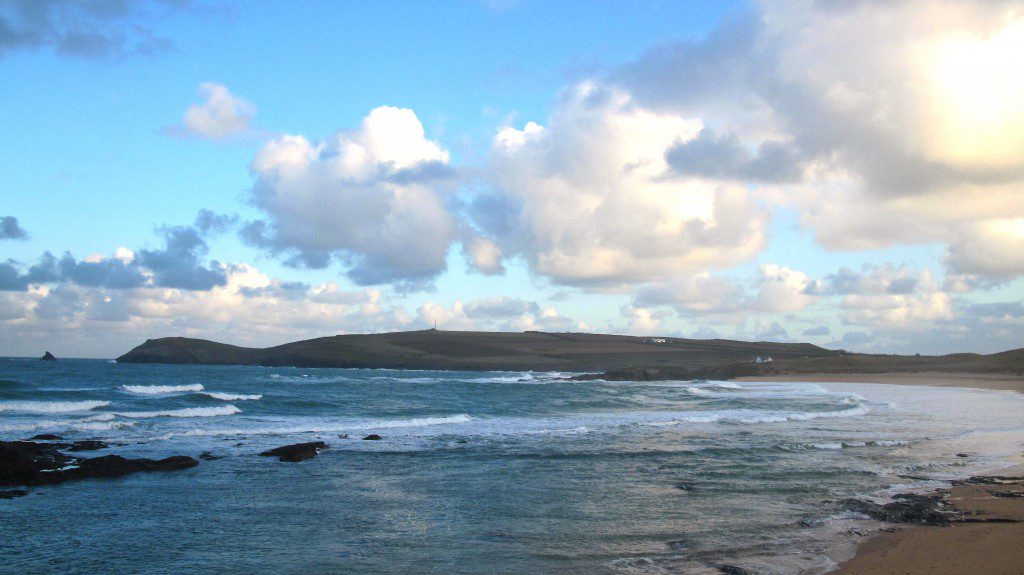 The surf is pretty pitiful here today.
Six inches to a foot of mixed up and sloppy surf is washing around the shoreline, the cold wind blowing steadily onshore.
It looks like there are repairs going on to the bridge and so the road is closed (nice of them to wait until the school break up for that one!). The signs are indicating that it will be closed for a week or so but they often say that.
But you’re not missing anything here today although it looks as though it is going to be the place to aim for the weekend! 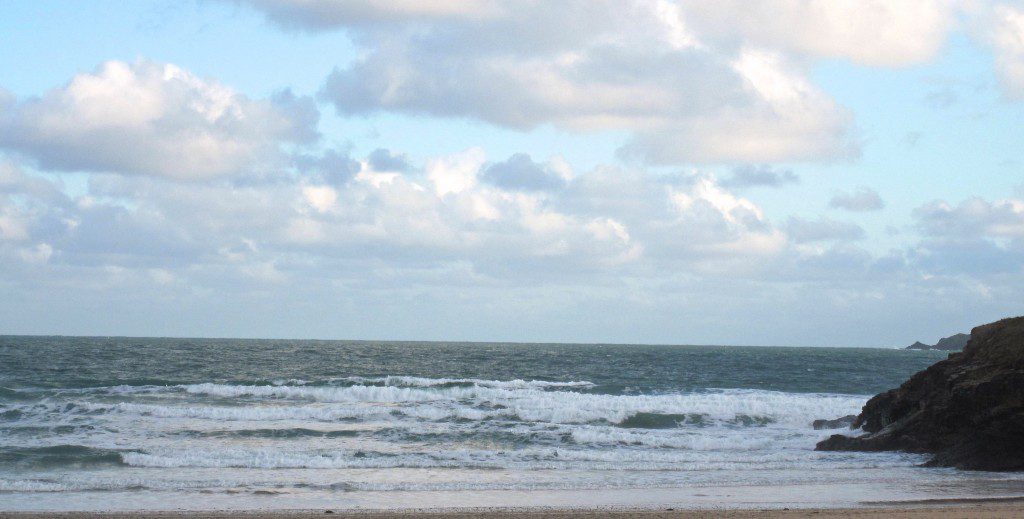 That same north westerly wind is set to continue throughout the day again today, destroying any shape that the slightly bigger surf might have.
It should be bright enough and cheery enough but the surf, on this coast anyway, is likely to be pretty junky.
There might just be a little wave down on the far coast but we will have to wait to see if it’s big enough to journey to!

We have to persevere through another day or two of those cold and annoying, onshore, north westerly winds before we see something better.
And better is a relative thing too.
Thursday is likely to be a replay of Wednesday, a bright and cheery day with that cold wind blowing the surf into a mess. But the surf should at least be a bit bigger!
By Friday the wind should have switched to the west, maybe just about south westerly. And that would give Harlyn the opportunity to shine. Although I would try and get there in the morning if you can, it might be too westerly by the afternoon.
But we should have a fun three feet or so at Harlyn throughout most of Friday.
And that is going to set the weekend up.
Six foot plus swells are going to be building bigger through the weekend, the winds blowing in from the west, veering between north westerly (Boo!) and the south westerly (Yay!).
So it is going to be weekend of jumping about in an effort to find the best waves. The south coast will have moments of greatness but so will some of the north coast’s sheltered spots!
But there will be waves, sometimes getting real big and so it is going to be a case of watching and waiting and then getting to the right place at the right time to get the very best out of it all.
Have a great week, wherever you are and whatever you’re doing!