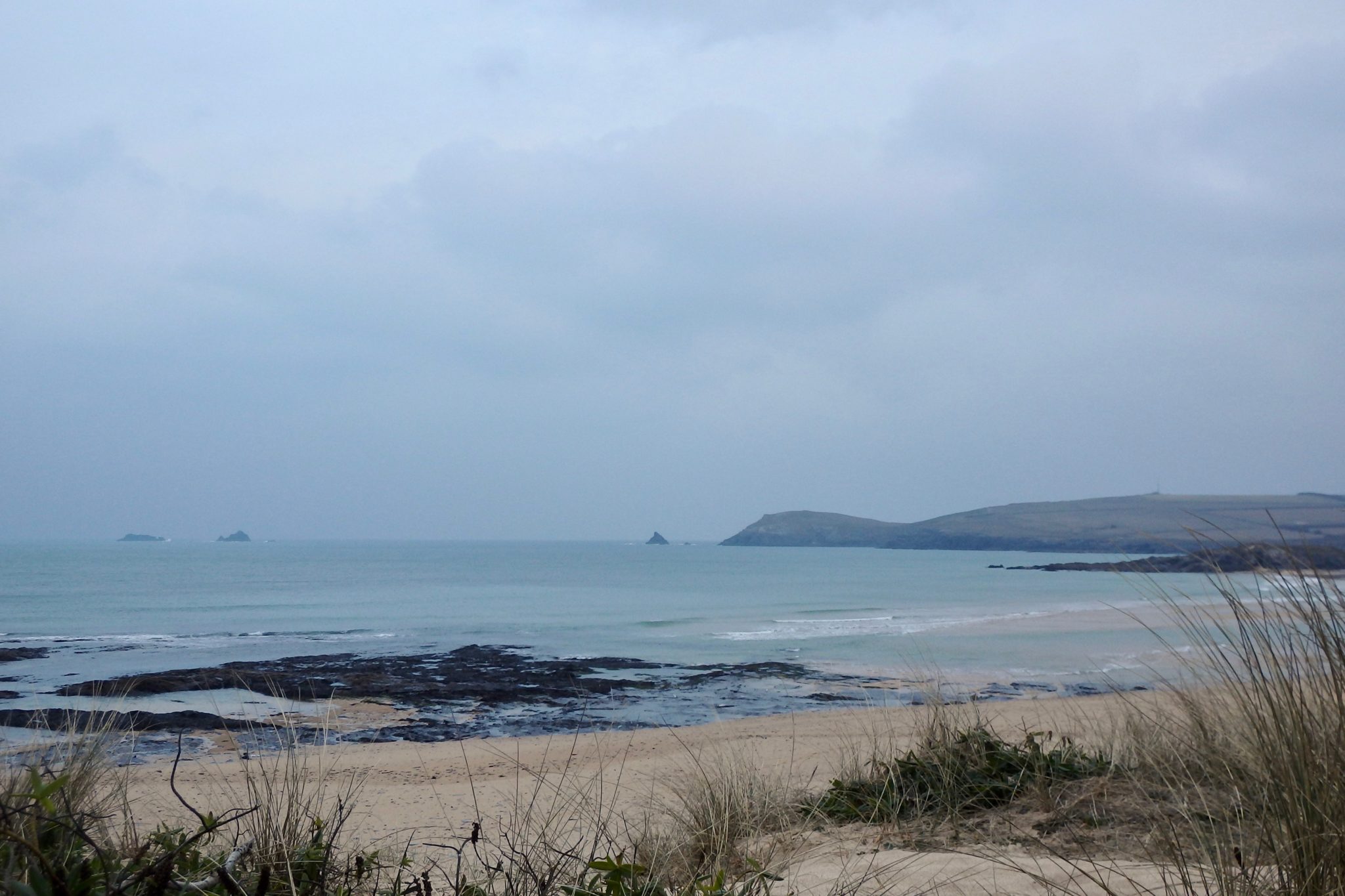 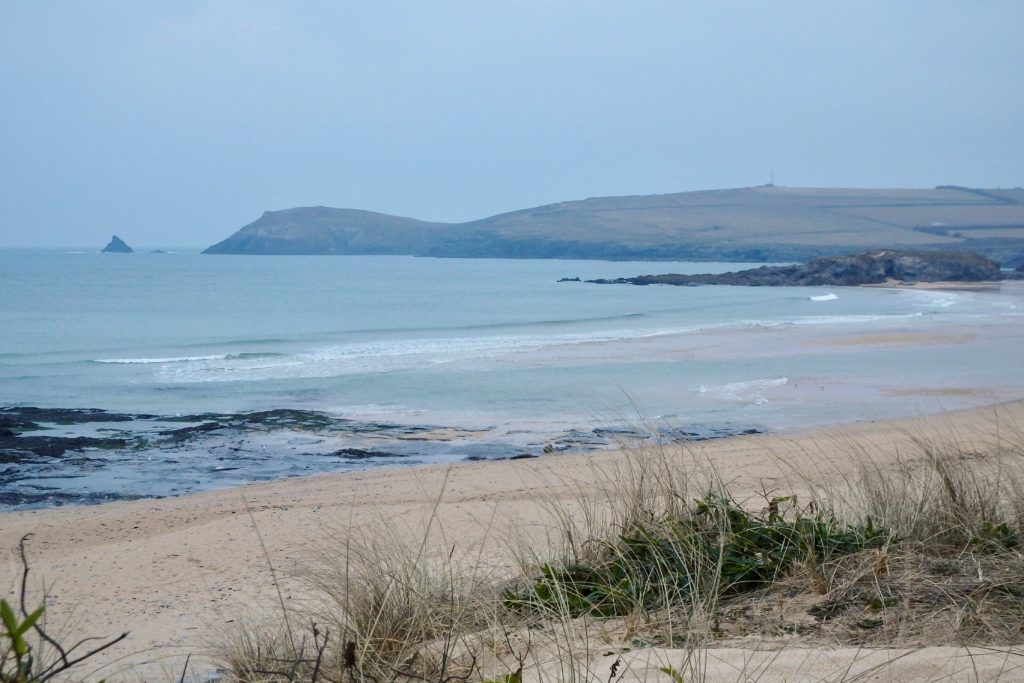 The sunshine has finally left us although we still have yet to see any of the white stuff that they’re all fussing about!
Saying that there are a few flakes being sprinkled our way by a gusting and blowy, ice cold wind that is grumbling its way across from the north east. It is as cold as I can remember and it is becoming greyer and more overcast by the the minute.
The beast might yet be on its way!
And the weather will have to content us today because the surf is pretty much non-existent.
Tiny ripples are gliding ashore being held taller than they are by the offshore but icy blow of that north easterly wind. Even if those waves were rideable it would be a judgement call as to whether to go in in these temperatures.
Actually, no it wouldn’t. If there were waves they would be excellent. And wetsuits are so good now, it’s like I said before; being cold in the surf is suddenly a lifestyle choice.

Speaking of which, thanks again for all of your massive support with our winter pop-up sales. There’s a whole bunch of you who are now hopefully warm and cosy in your bargain, sometimes half-price wetsuits. And with our summer stock arriving we still have a couple of rails to clear!
Our HALF-PRICE Patagonia wetsuits are pretty much all gone but we still have most sizes left in our Xcel 5/4 Infinitis, Axis (which we were selling for only £199.99 but now only £175!!), 4mil Comp X and 5 mil Drylock and they are all 40% OFF!!
We also have a handful of Vissla 7Seas 5mil suits still at HALF-PRICE but there are only a handful as well as a couple of Vissla 4mil North Seas suits and just one or two 4mil 7Seas suits.
In amongst all of those we also have 30% OFF all Patagonia Clothing, including those fabulously snug and warm down or primaloft filled jackets!
And, to clear some space for new ones, we have £150 OFF all of our …LOST and Merrick surfboards!
We should be open Saturday and Sunday (weather permitting!) but if you can’t get here because of the weather mail us on [email protected] and we can send ’em out (but you’ll have to pay postage at those prices!). 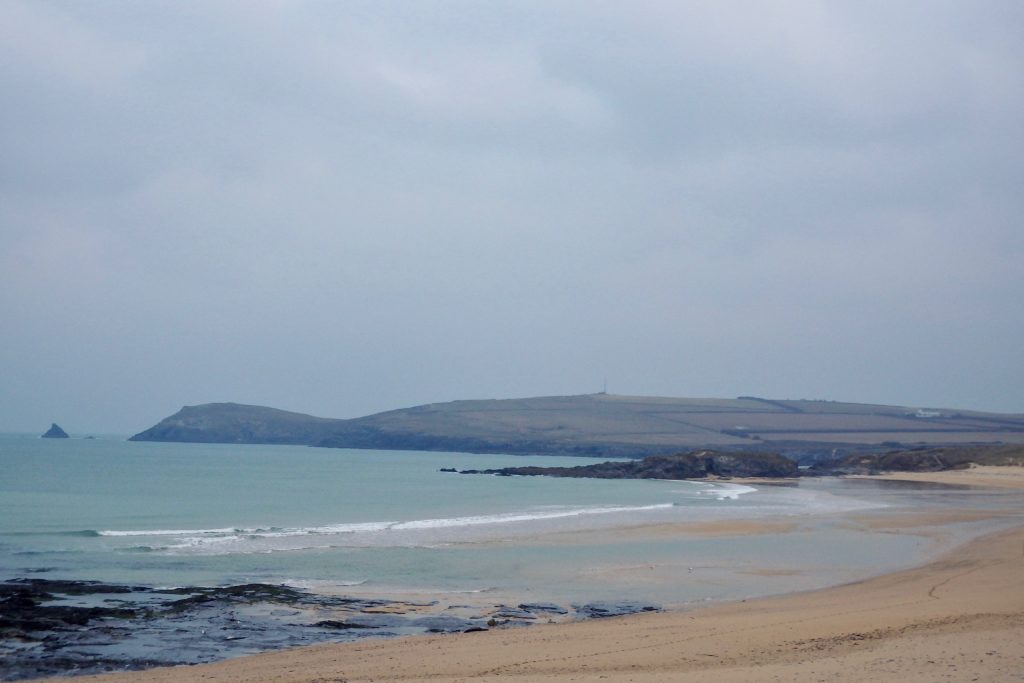 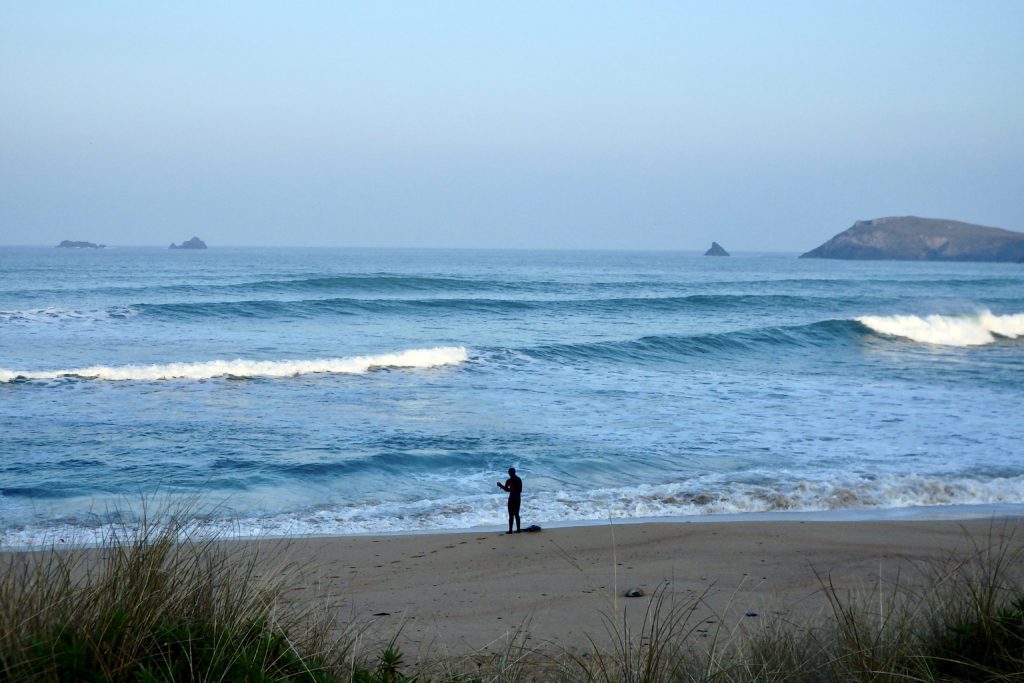 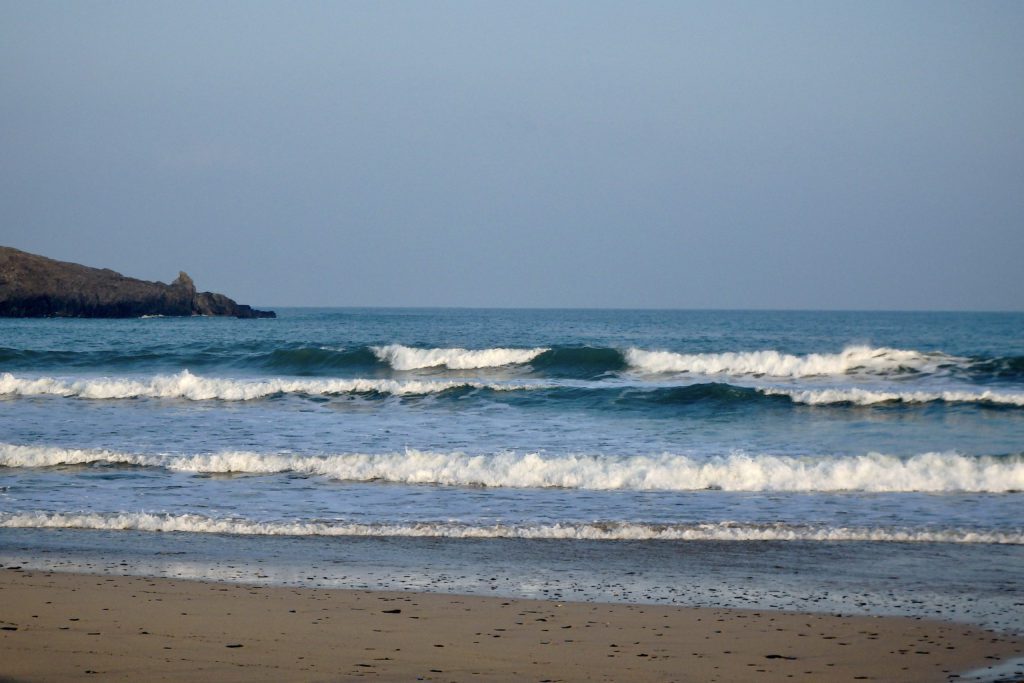 A foot of grey and cold looking, uninviting and slopped out surf is being pushed about by that gusting east north easterly wind.
It’s not looking great, although the beach is quite atmospheric this morning in the sub zero tempertures of a threatening snow storm.
Hopefully tat snow might arrive soon and will provide a better playground for later!? 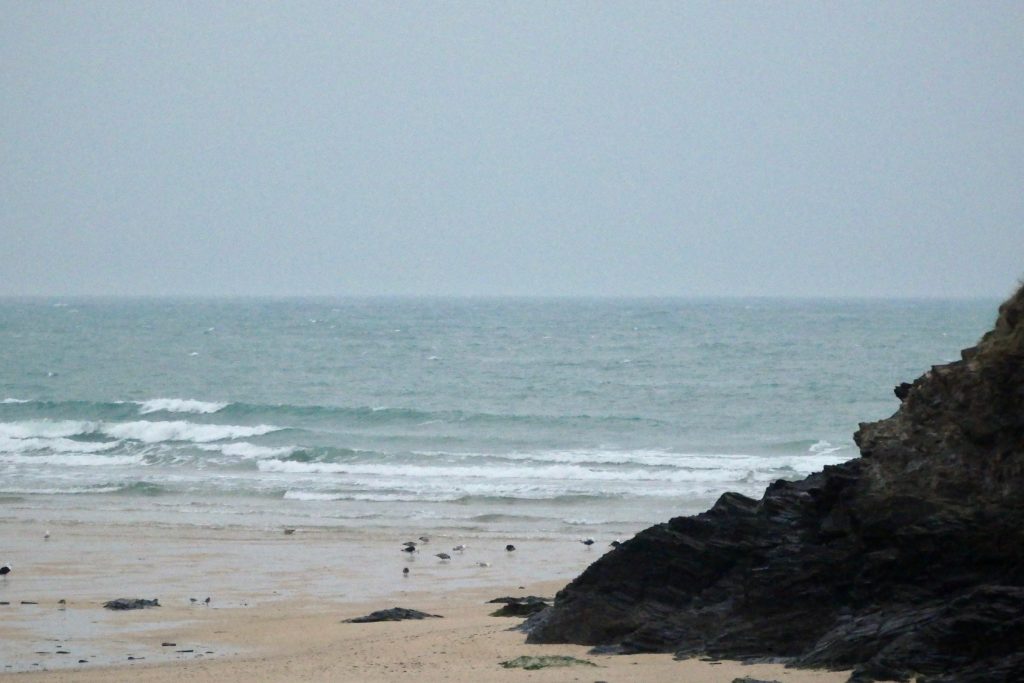 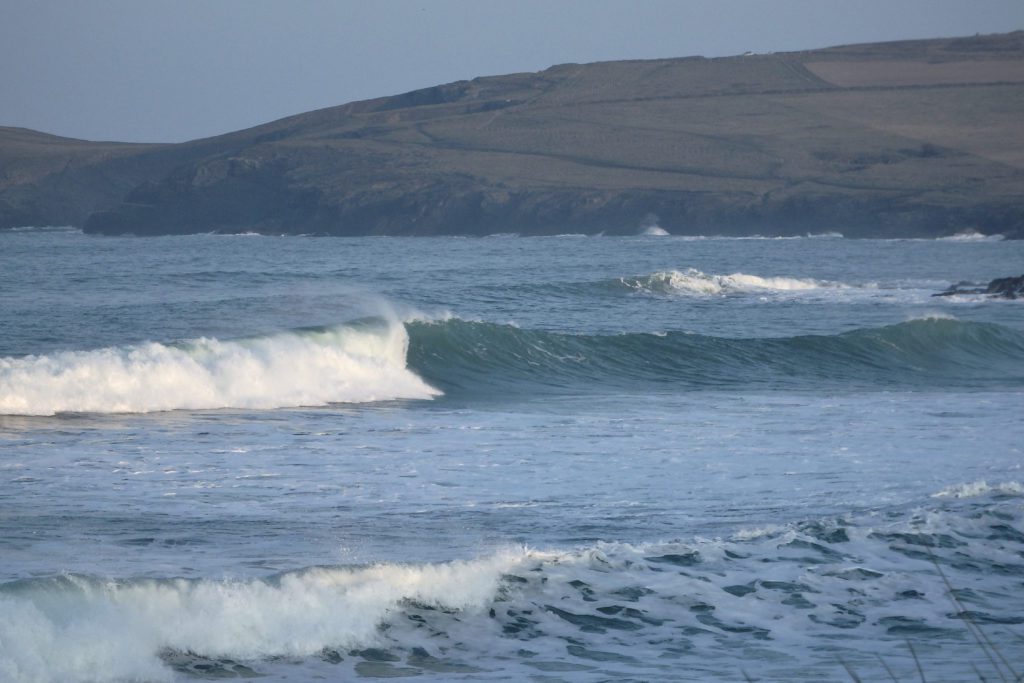 The wind is likely to be controlling things again today with a hard blowing and mentally freezing easterly wind forecast to blast its way to the ocean.
Although there is a very southerly tracking low pressure system out there, the wind is likely to neutralise any waves that are flung out of it. But we might just have some fun with a predicted dump of snow instead of surf today.
But as the wind gradually weakens into the evening, more swell should start to show!

As almost blizzard conditions end this week, conditions are only going to slowly improve.
The wind is likely to gradually veer more to the south through Friday evening, remaining offshore from the south east through Saturday morning before settling to the south west by the afternoon. And then the wind will waver from south sou’ westerly to south south easterly through the day.
So, all of that means that temperatures will rise but only very slowly with more of a gradual, weekend long return to normality than any sudden change.
Saturday is likely to be showing a decent three feet or so of offshore shaped surf through the morning with Sunday producing bigger waves but, even though the wind should be lighter, more sloppy conditions ta the main breaks.
Harlyn might tempt a little by Sunday, only small but maybe real pretty.
And all of that is of course with these freezing temperatures. Things might be warming but only very, very slowly.
Have a greta weekend, wherever you are and whatever you’re doing!