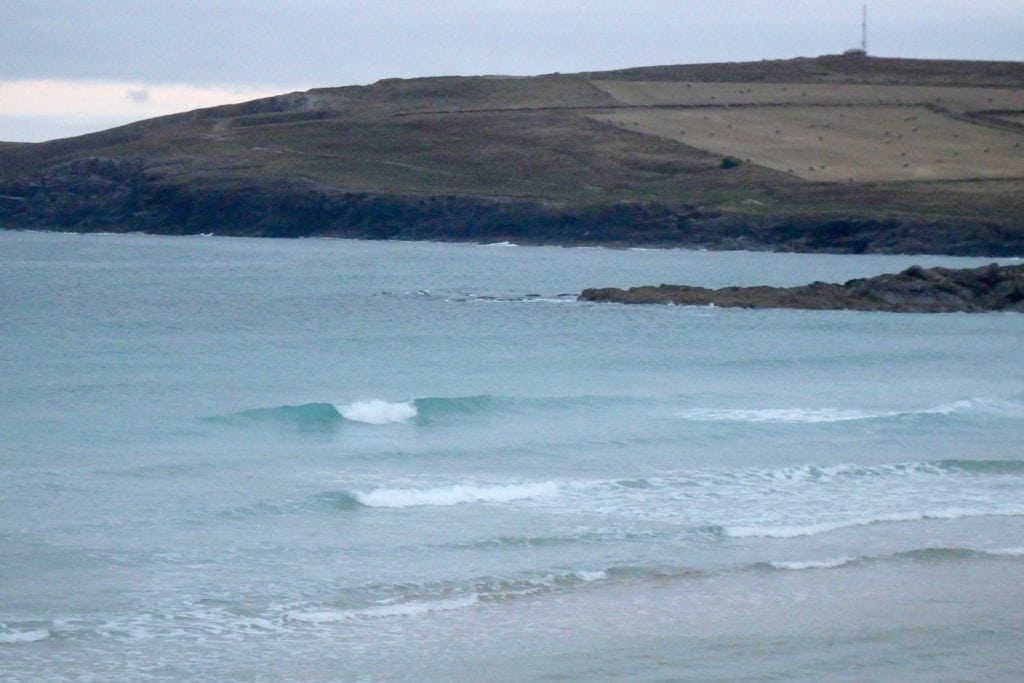 A golden sunburst of a dawn is exploding over the horizon this morning, those grey layers of dreary cloud gradually being streaked by silver light.
The southerly breeze is whispering along the coast, quietly rustling the marram while smoothing those small waves that are peaking in the bay.
A foot or two of turquoise glass waves are peaking and spilling in the early morning dawn explosion, a promise of better for later, the incoming tide adding a helping push to those little waves. A smooth flatness of ocean is stretching to the horizon here this morning, the early dawn light shining gold across the headland while the southerly breeze quietly whispers across the bay.
It’s a fabulous place to just ‘be’ today but there ain’t no surf to ride! 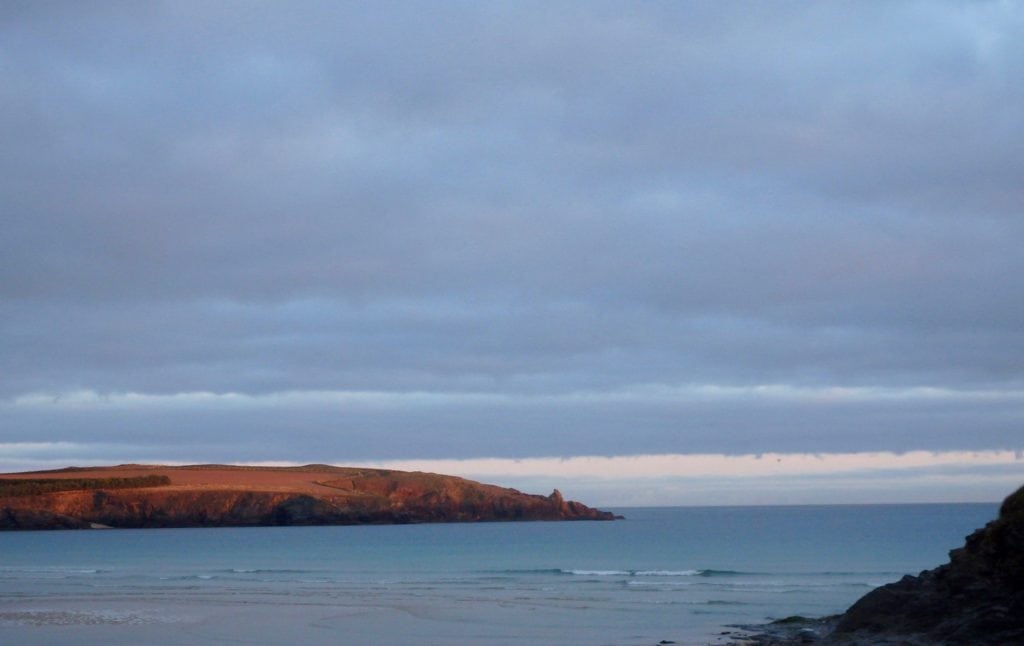 The arrival of a new swell will cheer us all up today, a steady ten second plus wave-period adding some strength to the three feet plus of that well travelled swell.
Light onshore winds, first from the south west, veering gradually to the north west as the sea breeze effect kicks in through the afternoon, will ruffle and eventually make sloppy that fun sized and rhythmic surf.
It should be fun, if nowhere near perfect, especially as our beaches quieten and our workloads ease!

Light onshore winds are likely to start this week again, a slowly decreasing swell being pushed in by those same winds, before a new swell kicks in for midweek.
But the weather should stay mainly fine for the last few days of the school holidays while there should be plenty of fun surf to keep everyone happy enough.
A gradually easing, three feet or so of crumbly swell will start the week, slopped a little by light north westerlies but with loads of sunshine. The breeze is likely to ease to the south west soon enough, helping the swell along and keeping temperatures mild in the sunshine.
By midweek we should be enjoying some halcyon summer days with a rhythmic three to four feet of solid swell rolling in all day long.
Have a great week, wherever you are and whatever you’re doing!