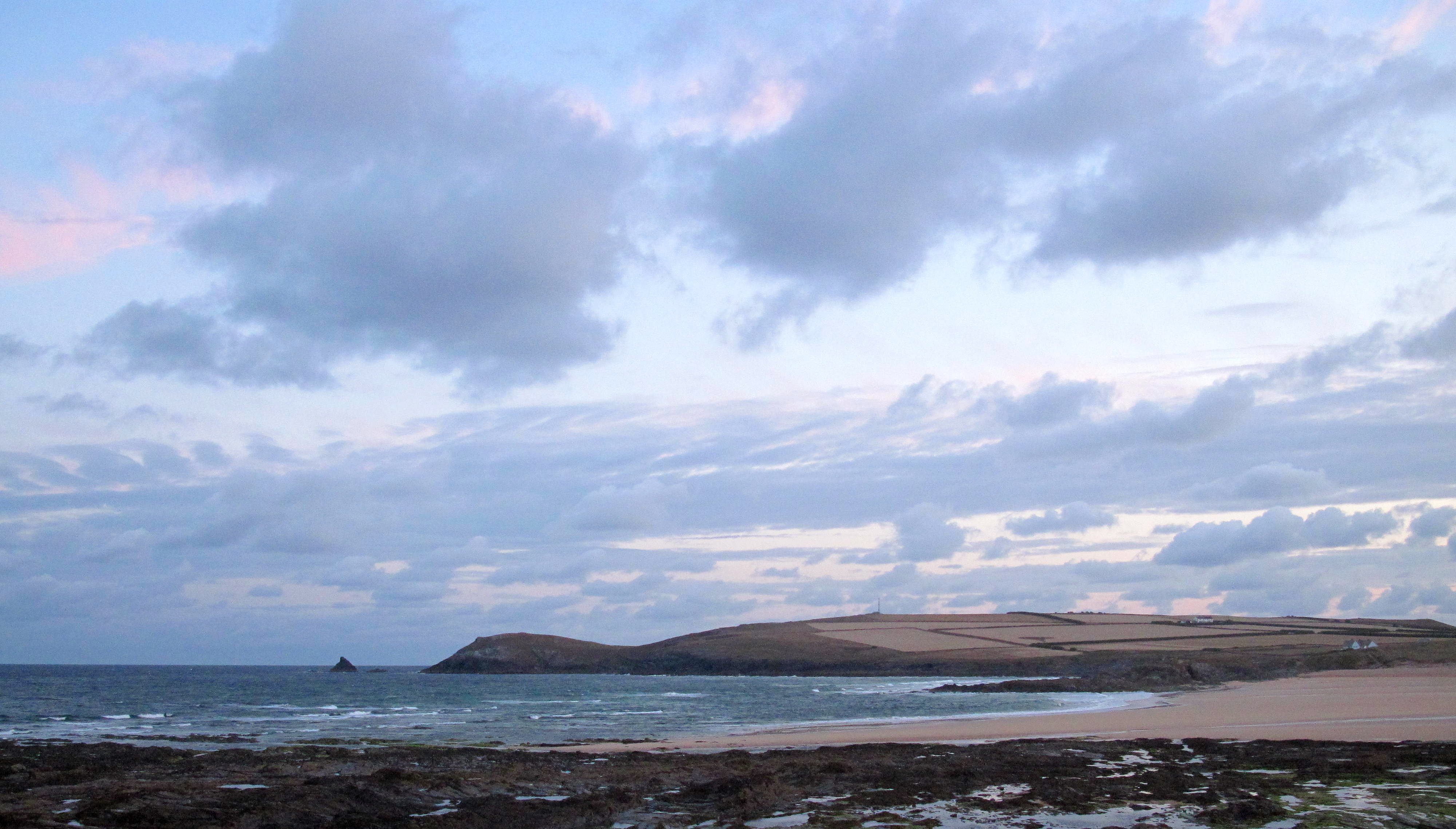 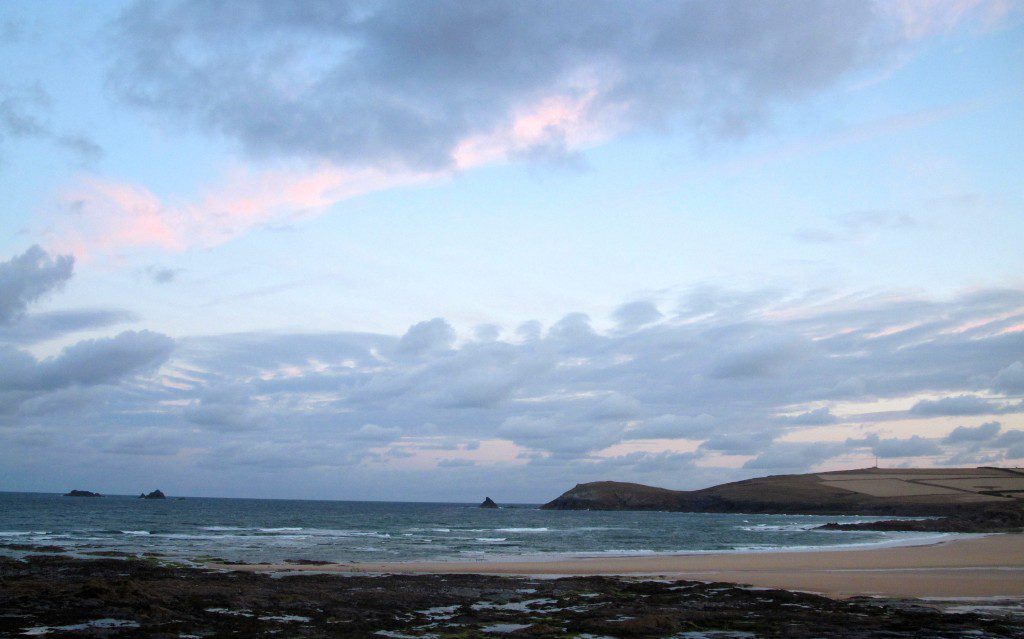 It’s a lot ‘fresher’ again this morning, that chilling north westerly wind bringing much cooler air down on us.
We seem to be in that pattern of very slow starts, the early mornings being cold and overcast and blustery, the sunshine taking most of the morning to settle itself. Which I guess is okay if you’re on holiday, taking away any need to rush out in the mornings?
Anyway, it’s a bit of a broody and chilly one to start but dry and fresh with enough bright bits in the sky to let us know that it will be finer later.
The surf is a little troubled too, with not much more than a foot or maybe two, a great and choppy mess of rolling little waves. That is an hour or so before low water and so it is at its most exposed to the wind. So with that combination of a rising tide and easing wind strength things should improve as the weather improves.
There are only going to be small waves at best but it should be surfable and could be fun by midday. And a lot brighter too!

Not quite the conditions that the top surfers in the world have been enjoying at Teahupo’o in Tahiti! Massive and majestic, terrifying waves have been testing the elite ASP crew and keeping us awake well beyond our sleepy times! You can catch up on the action at www.aspworldtour.com.  And while waiting for tonight’s excitement we can scamper down to the bay and re-enact all the action in the magnificent surf of Cornwall in Summer! 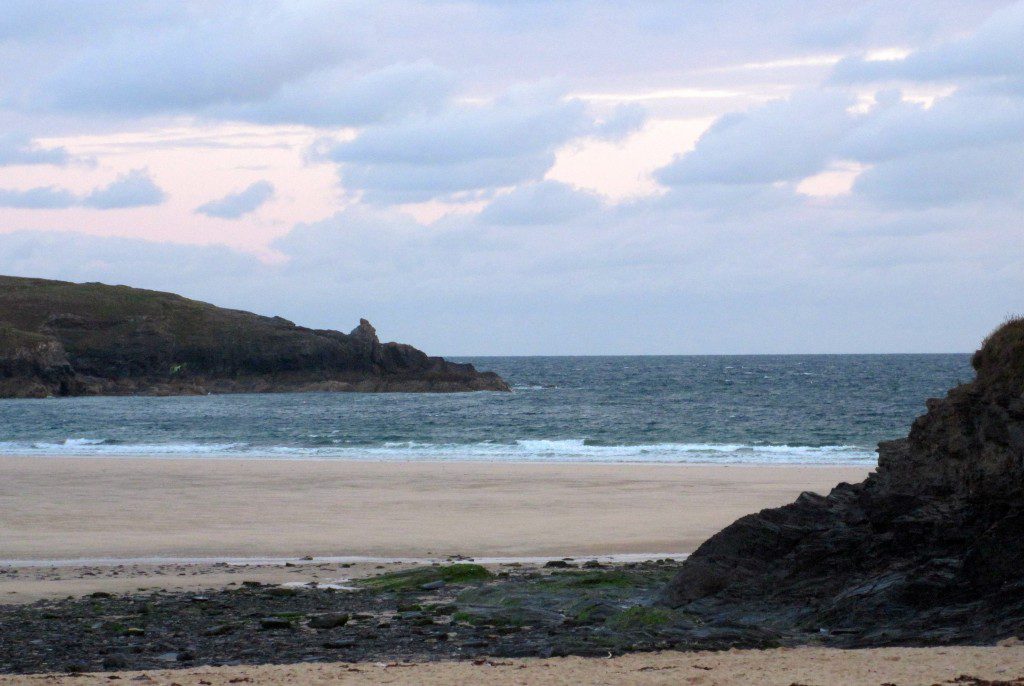 It is pretty much flat around here again this morning. Well, a tiny wash is rolling across the sand but it’s not surfable and is grey and choppy and windslopped anyway.
If you want to surf today then you’re going to have to skip across the headland to those west facing surf breaks but it’s not going to be very big over there either!
But there are loads of other things going on over here as always, with Harlyn Surf School offering Coasteering and SUPing and Kayaking and you can always grab a bite at ‘Food for Thought‘ or slip into the bar for a refresher.
But for surfing today, it’s the other side! 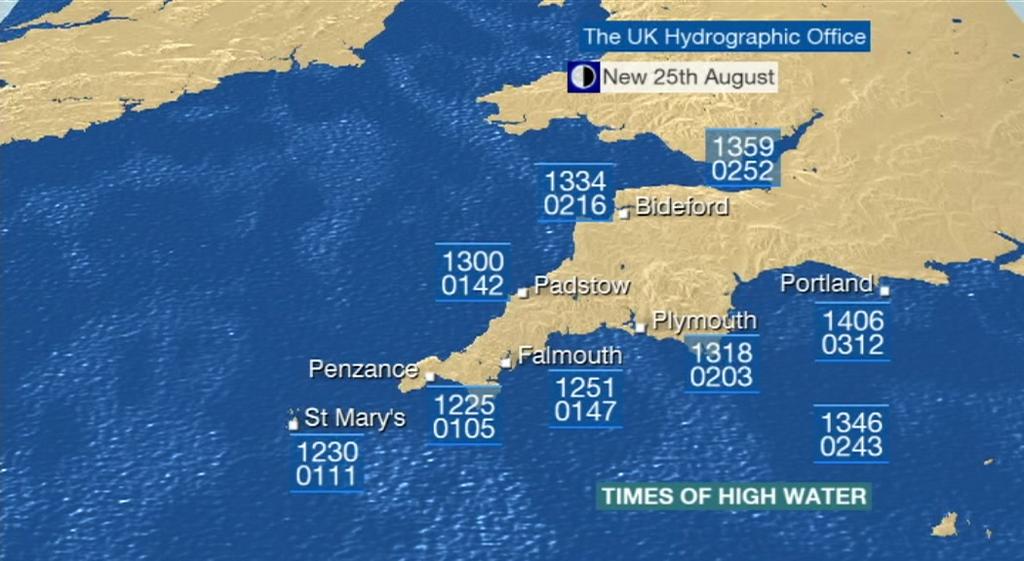 The biggest difference today should be the lack of wind. There should only be the lightest of breezes today (‘Should be!’) and that breeze might swing offshore, if only for a short while.
So the incoming morning tide could have some pleasantly shaped little waves.
But it is only going to be little, at best. We will be lucky to find anything bigger than a foot or hopefully two. But it should be a clean and less bumpy foot or two than we have seen for a week or so. And it could be bright and sunny too, even if there is still that chill to the northerly wind!

Surf Conditions for the Start opt the Week

Another week of onshore and chilling north westerly winds is waiting for us, a little taste of Autumn following all those weeks of wonderfulness.
But it should end up being a bright enough week, the wind strength gradually easing as well, while the eventually sun breaks through to warm up those sheltered spots.
The surf isn’t looking that great either.
We can expect not much more than three feet or so of close-fetch and windblown, choppy stuff as we go into the new week and it looks like that might be the way of it all the way through!
With a Bank Holiday weekend looming, all eyes are going to be on that weekend forecast. let’s hope that most of the not so good stuff has blown through by then!  And that’s the way it is starting to look; a little low pressure to the west, a little high pressure above us.  That could be classic.  If it happens!
In the meantime though, the best that we can hope for is a week of mixed up and choppy surf as the skies gradually brighten, those chilly winds slowly easing.
Have a great week, wherever you are and whatever you’re doing!