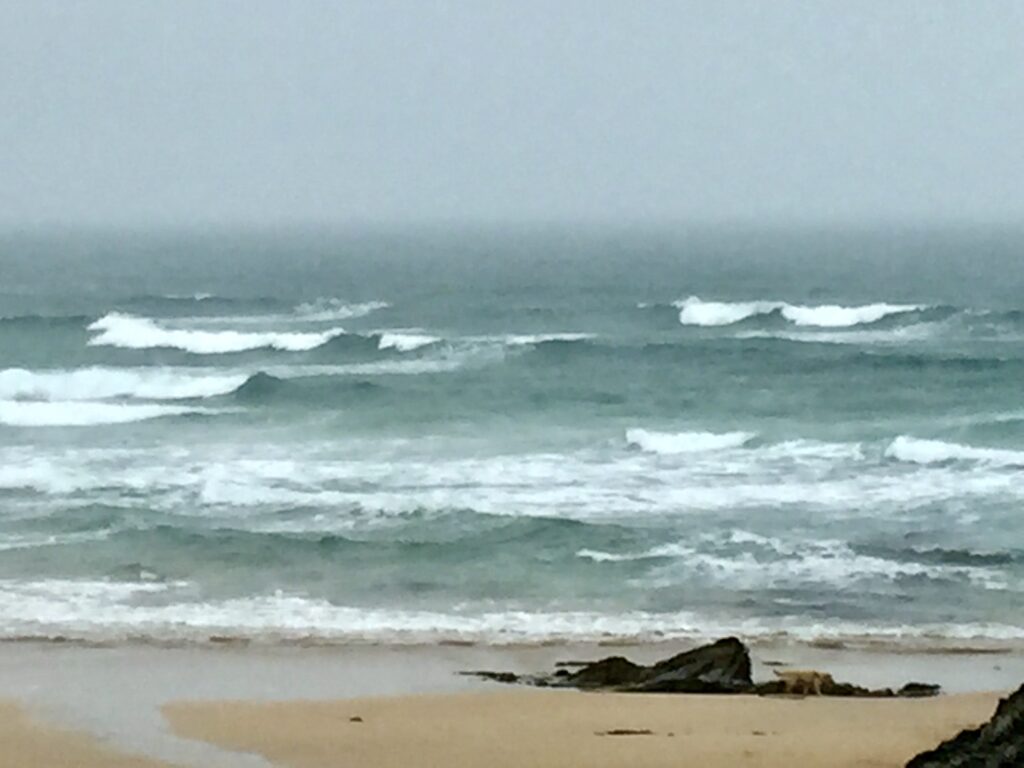 It’s a bit of a late one this morning after an early morning dentist check up but you haven’t missed much, it’s one of those lazy ones this morning.
The sky is leaden, hanging low above us but with a few streaks of brighter stuff maybe offering something a little better for later?
In the meantime there’s a lumpy three feet and bigger of sloppy surf bumbling into the bay, pushing hard against the dropping tide, the light wind breezing across shore from the south sou’ west, just lumping and bumping that building swell.
So it’s bright enough and dry enough and there are some big enough lumps of waves to ride – but it’s nowhere near great!
It’s all going to get bigger later though, much, much bigger! 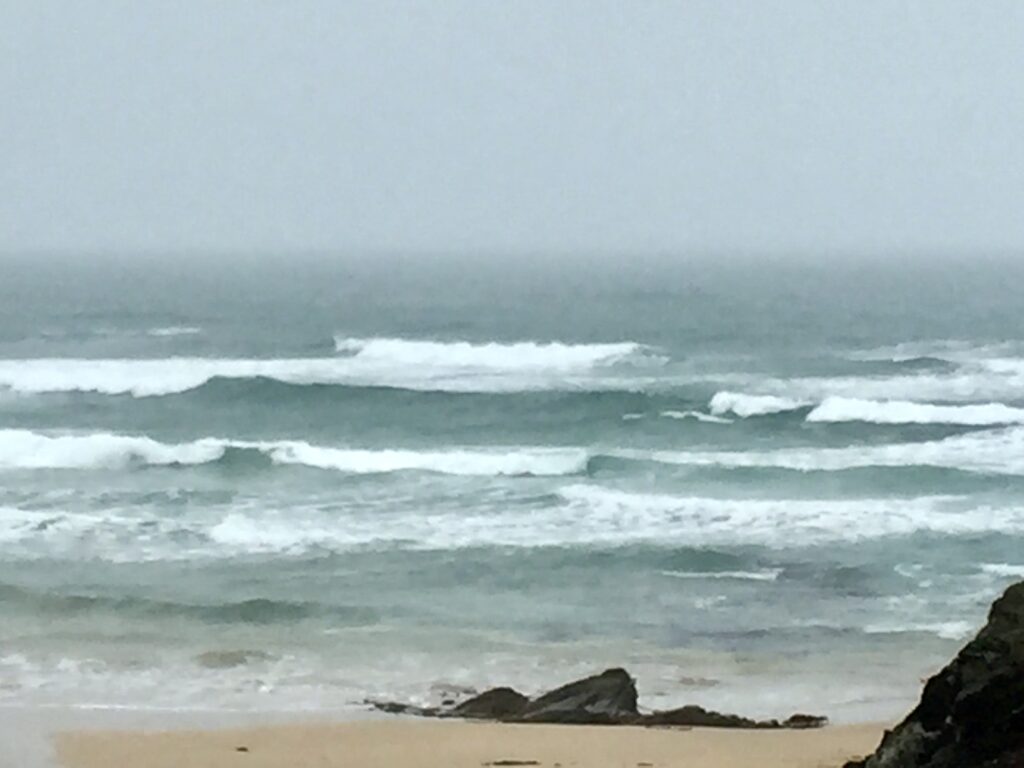 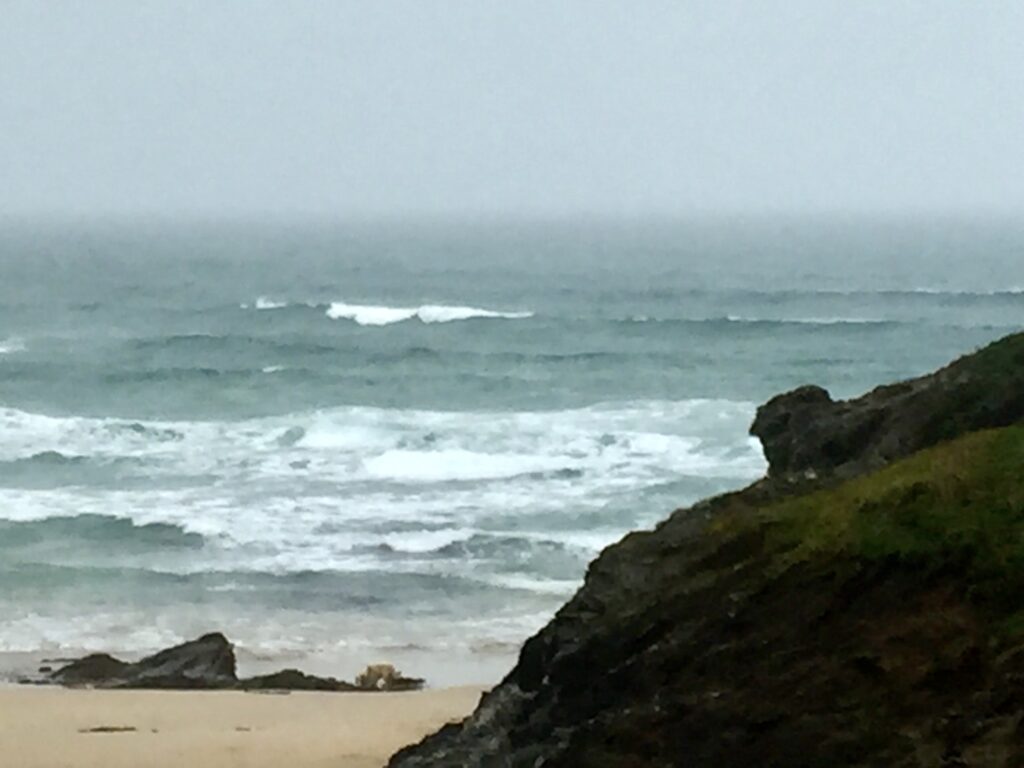 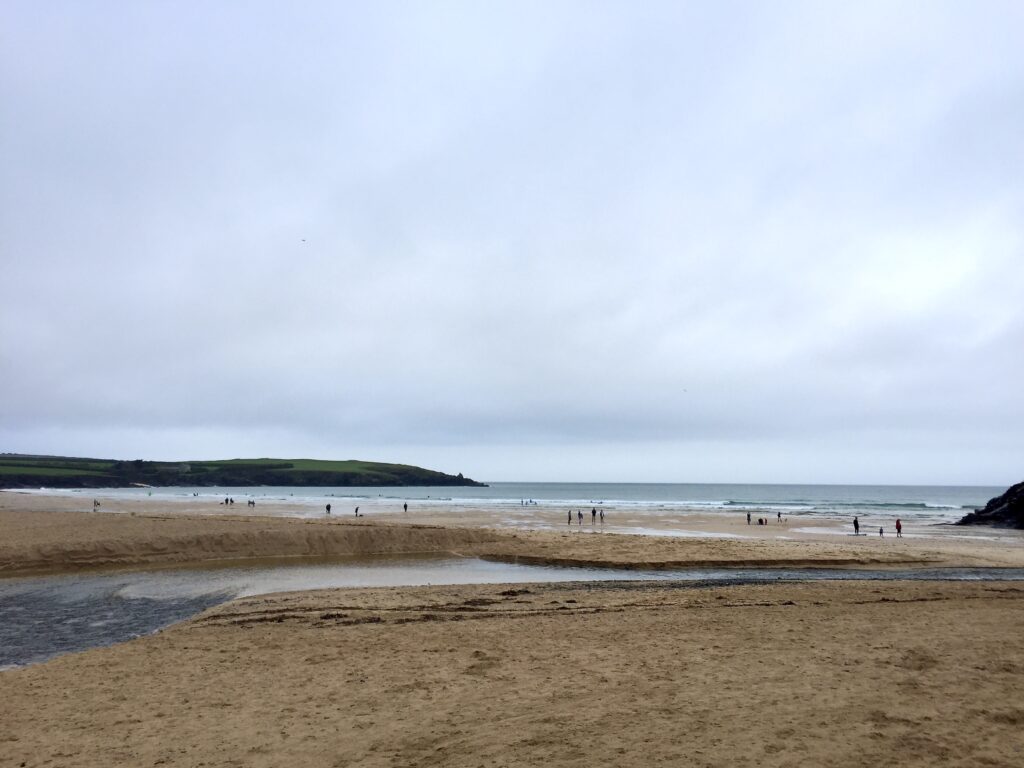 A moody and quiet Harlyn is just starting to show a foot or two of glassy and fairly benign looking little surf this morning, the tide steadily easing itself out of the bay but not taking much wave size with it.
The swell should be slowly building today and with south west winds forecast, Harlyn is going to be the place to aim for, getting really, really big by tomorrow, yep, even here! 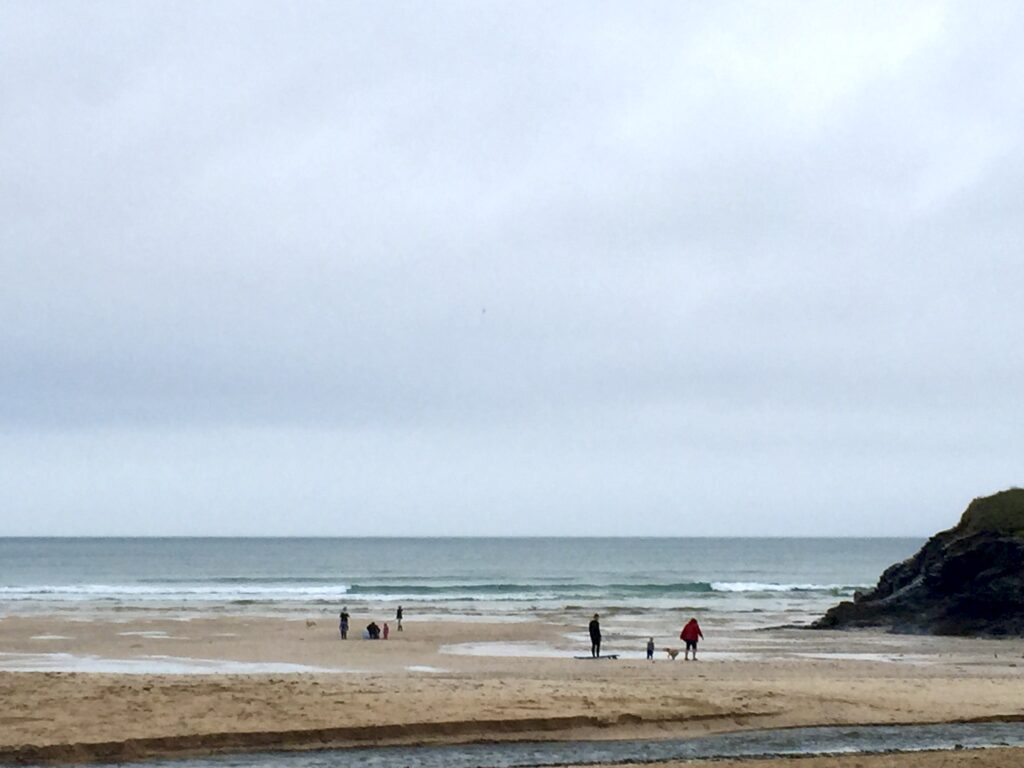 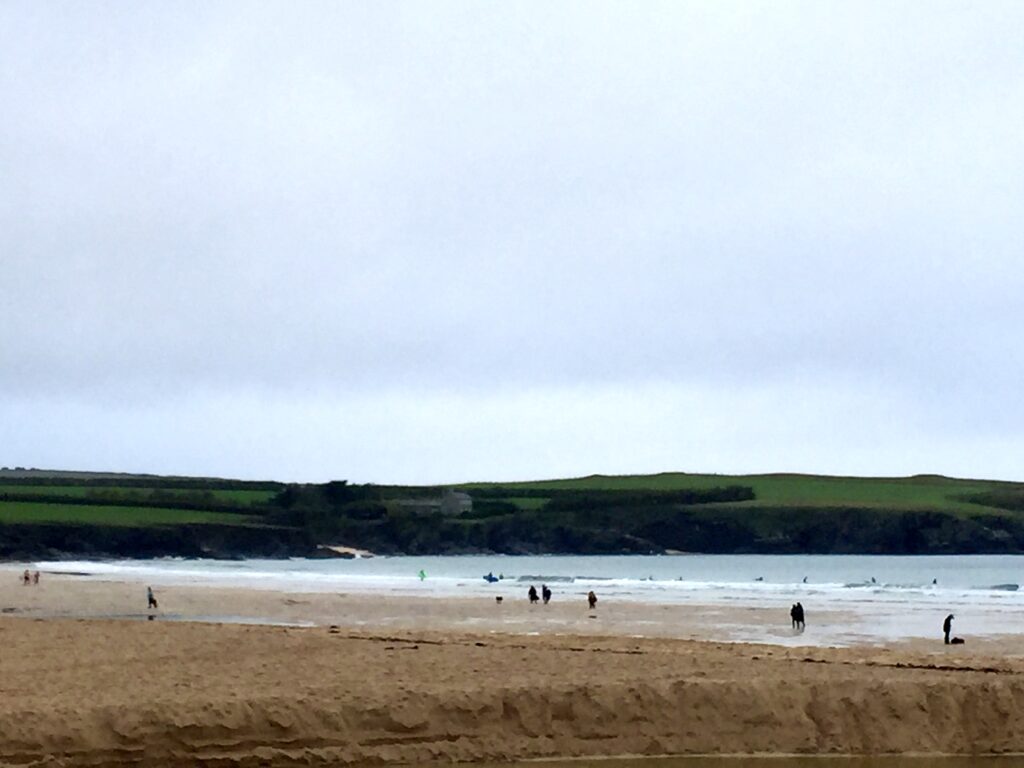 Howling sou’ westerly gales are going to be hurling some thick and heavy storm swells our way today, making for dangerous conditions at most places along this cragged coastline of ours.
Harlyn could be an option but those waves could be huge even here.
It could be a day to go trekking off the beaten path in search of those super sheltered spots that only break occasionally!

Another wet ‘n windy one is waiting to greet us this weekend with a heavily blowing west sou’ wester forecast for all day Saturday, backing slightly more to the north for Sunday. So that’s going to feel cold!
Anyway, big waves should be bullying their way into our coves and bays all weekend long, getting really big through the middle of Saturday even at Harlyn.
It should be an ideal weekend for trekking about and discovering those whispered about surf breaks that only occasionally break in big and stormy conditions, those tucked away little spots up creeks and around headlands on both coasts.
But it is going to be big out there and the lifeguards have finished for the season, so just remember that you’re on your own, so take it easy!
Otherwise have a great weekend, wherever you are and whatever you’re doing!