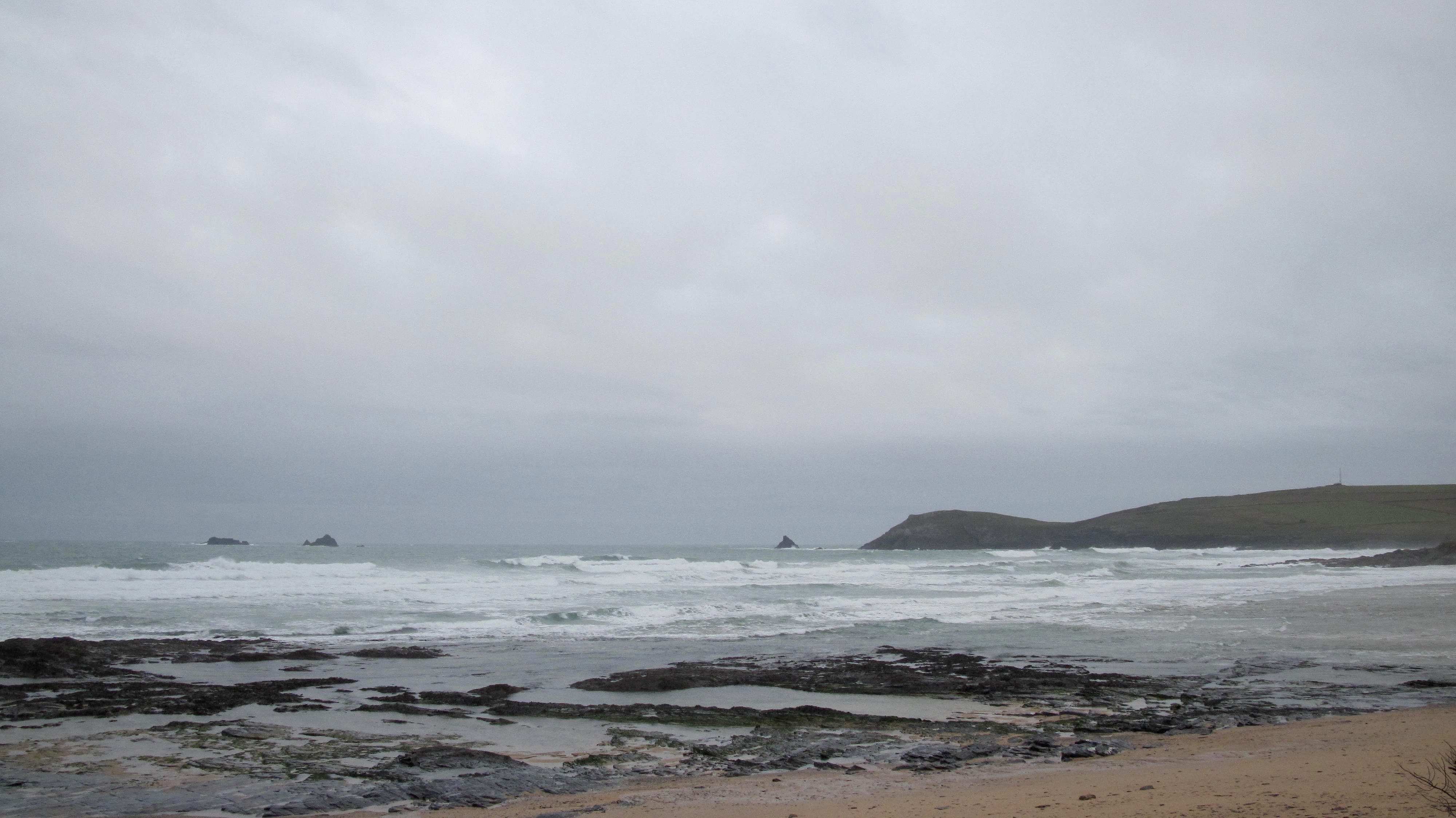 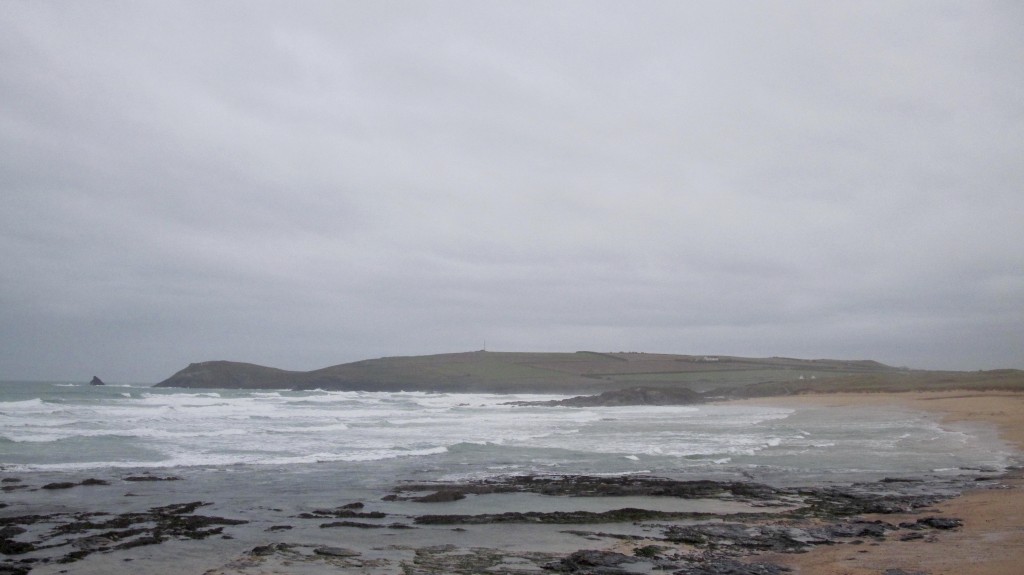 It’s a drier and slightly brighter morning this morning but that wind continues to bluster in.
A brisk south wester is gusting across the bay, lighter than yesterday’s blow but still fresh enough to slop and chop that four to five feet and bigger of still strong looking swell. It’s a mixed up mess of choppy surf out there, a little more tempting because of the brighter sky but those sheltered spots are still going to be the breaks to head for again today.
So let’s have a look at Harlyn…… 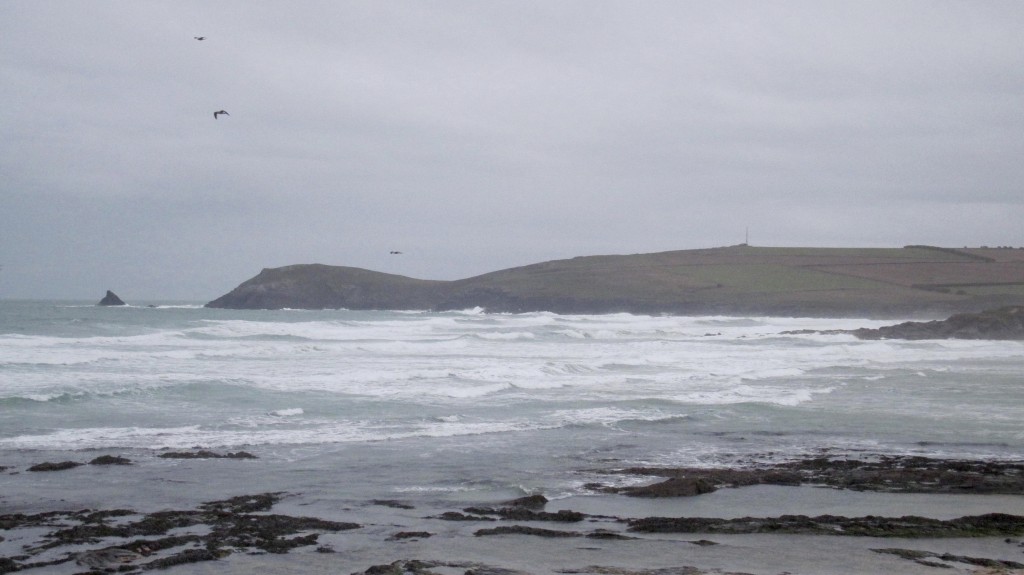 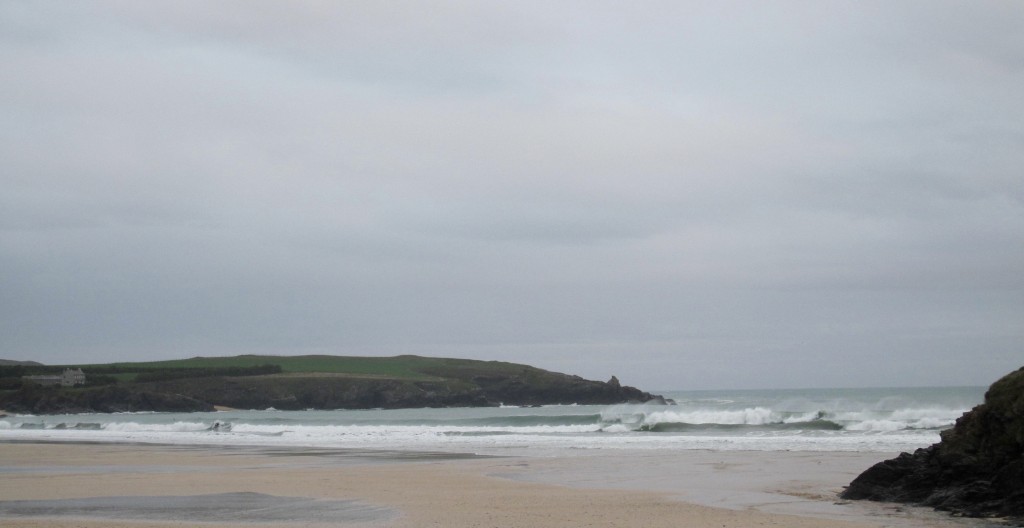 Three feet of glassy and thick looking, sandblasting waves are crunching ashore a couple of hours after high tide.
The set waves still have some punch and they are still a long way apart but when they do roll through there’s a lot of energy being released but them!
Yep, Harlyn is locally the place again today!

And on it goes; those south westerly winds are continuing to support that growling, long wavelength groundswell as it wraps around the headland and pushes into Harlyn.
It is likely to be just a wee bit smaller and a wee bit less windy but basically Harlyn will be serving up three to four feet and hollow surf goodies again today!

Strong onshore winds are going to dominate this week!
Those mainly south west winds are going to be blowing hard all week long, pushing those thick and heavy wintery swells our way all the time.
Locally, Harlyn is likely to be our venue of choice for the whole week and we can expect it to be four to five feet, pretty much all the way through.
So, a week of sand drenching stand up close-outs interspersed with a few screaming peelers awaits! That’ll be proper Autumn then!
Have a great week, wherever you are and whatever you’re doing!