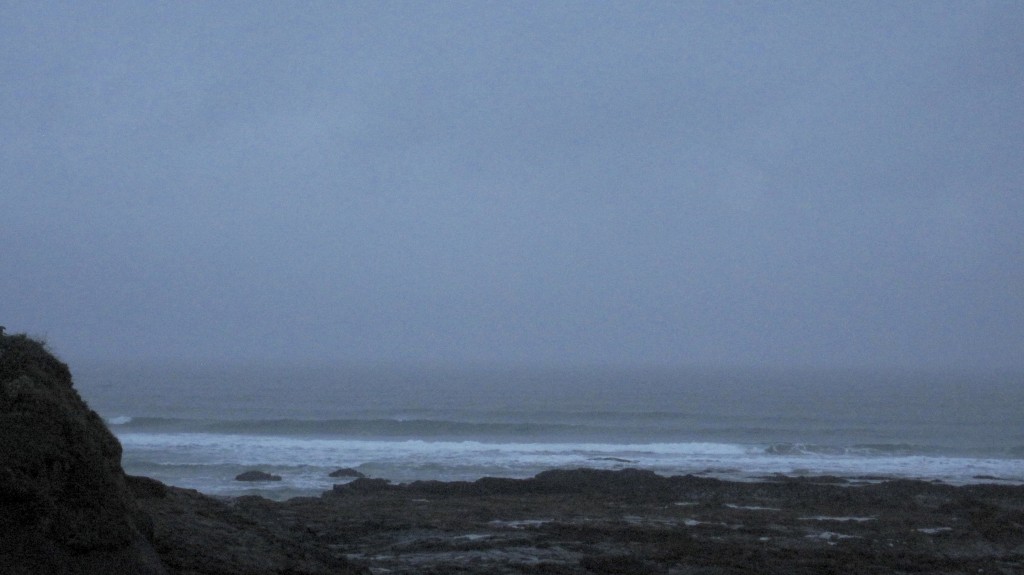 Another dull and damp, grey old day is upon us, the breeze stronger and almost offshore, the swell a little weak looking but still trying.
There’s a couple to three feet of bumpy waves rolling onto those sandbars and rocky reefs as the tide just stretches off low water. The wind is still light, gusting in from the south, almost south east, offshore but not quite.
Visibility is low, the air is damp, the surf is rideable, what else are you going to do? 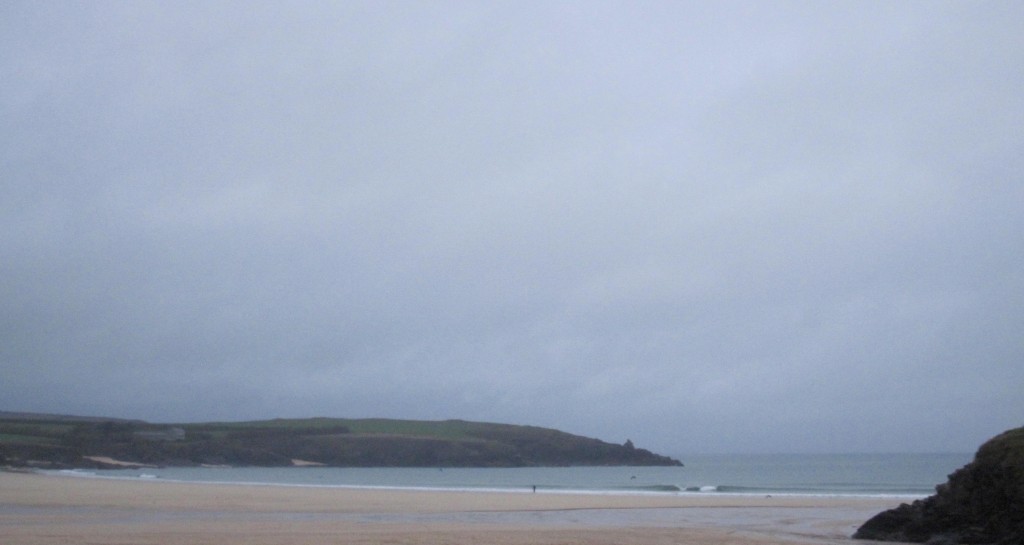 A foot or two of silken smooth waves are caressing the sand this morning, the snappy hollowness of early morning, low tide Harlyn.
It is small around here this morning but the tide is on the rise, the wind looks as though it’s going to veer around southerly to south westerly, onshore at a lot of breaks but clean and offshore here and that swell might just build, if only a little.
It could be better later! 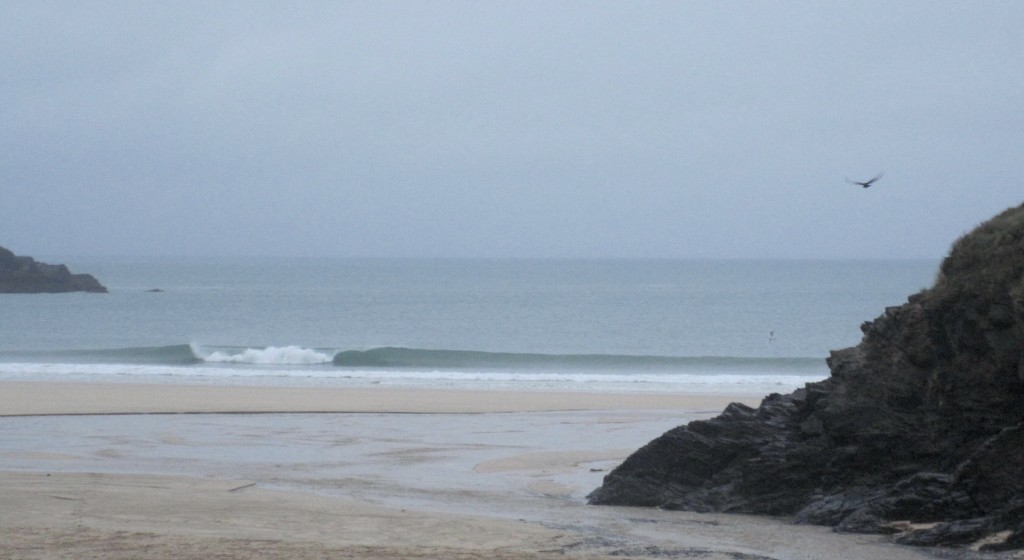 Gusting south westerly winds are going to be pushing in bumpy close-fetch little swells.
It looks like a choice between those bigger but choppy and sloppy main surf breaks or smaller but much cleaner sheltered spots.
That’ll be small but clean Harlyn then!

South westerly winds are set to blow through the end of the week and all through the weekend.
And those winds are going to drive in what swell there is, a more localised short-fetch swell than we have been enjoying recently.
So the choice, as so very often in these parts, is between surfing those more exposed surf breaks which will be bigger but choppy and sloppy or seeking out those sheltered spots, which will be clean and smooth and organised but much smaller!
Saying that, Harlyn could just show a little bit of size through Saturday morning and again on Sunday afternoon, Saturday hopefully having quieter winds and maybe just turning out to be better than expected!
Sunday could just be a bit blowy!
I’m away for a few days as of Friday so no surf report for a few days!
Have a great weekend, wherever you are and whatever you’re doing!