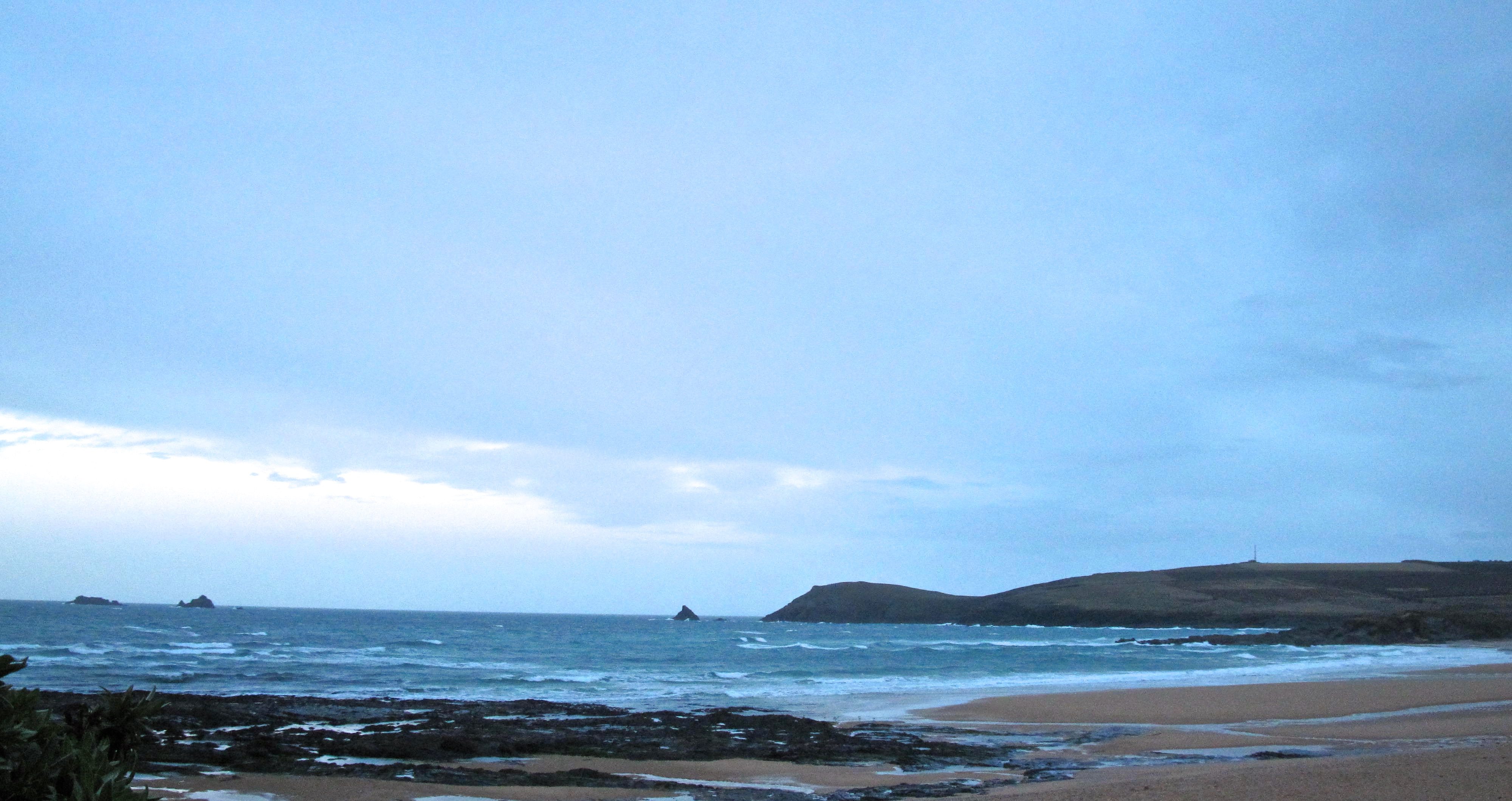 It’s a different day today, milder, breezier and damper.
That downpour seems to have cleared away with dawn, a wide spread of brightness approaching from the Atlantic, carried by a so far steady south westerly wind.
The surf is a bit junky, small and onshore blown, sloppy waves are crawling into the bay only a foot or maybe two and certainly not enticing.
But today is likely to be one of those days. One of those days when the surf should build and build and build! We should be seeing six foot plus by this evening – difficult to believe when looking at those shin to knee high dribblers sloshing ashore right now.
The wind is so far (again) lighter than forecast, although that is likely to change by lunchtime
Each time you see the surf today it is likely to be different but soon enough we should be enjoying steady south westerly winds driving bigger, rolling swells our way. And that sounds like a recipe for Harlyn! 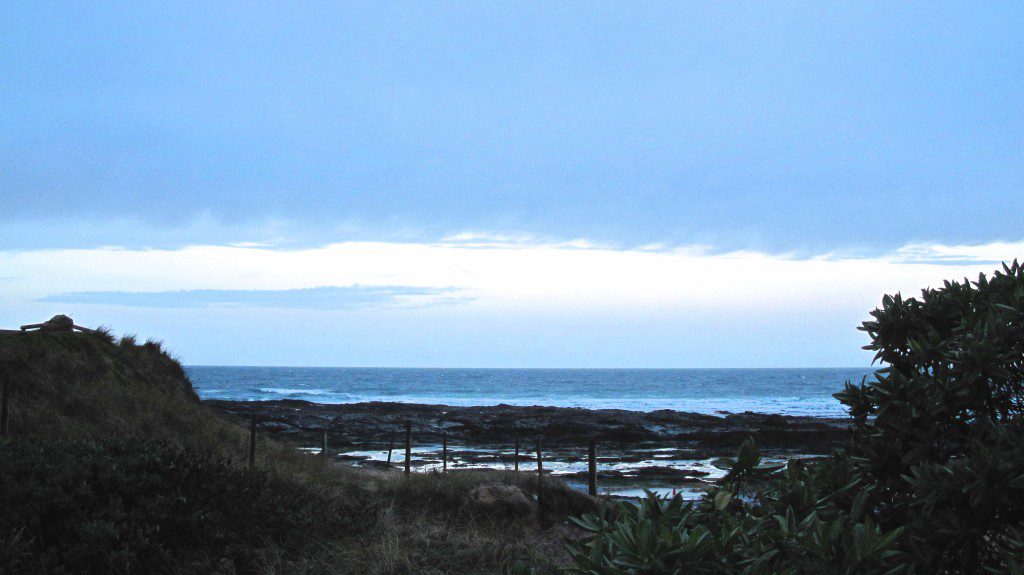 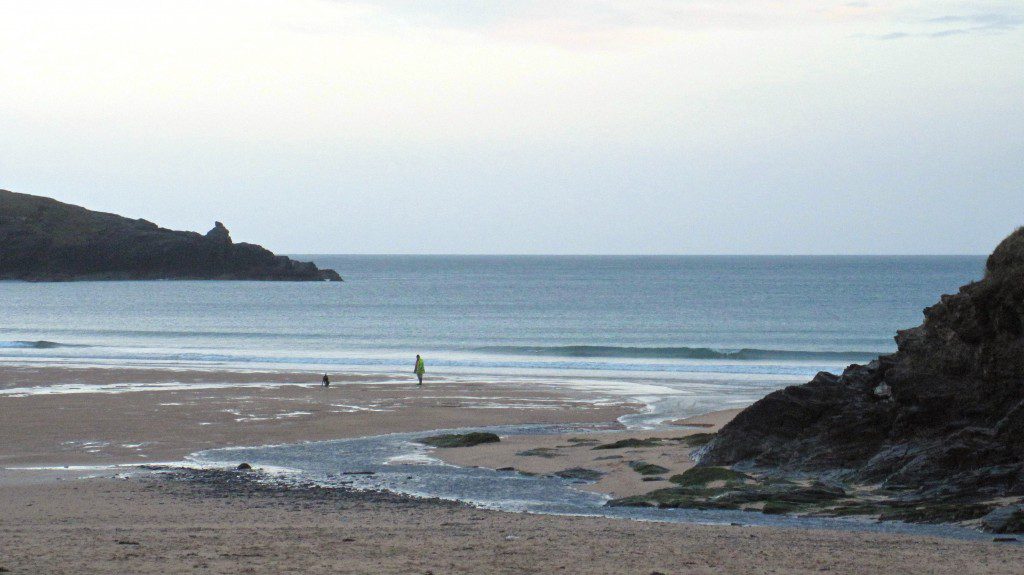 Ah, it is tiny here this morning, well, flat really.
But don’t write it off, there is swell on its way! By lunchtime we should be seeing a decent couple of feet of clean and sharp, smart surf, crisply breaking onto that flattish sand.
And by this evening there is likely to be three feet and bigger surf reeling into the bay at low tide, creating some hollow and fun low tide barrels.
It could just get good and it might just get dark too early! 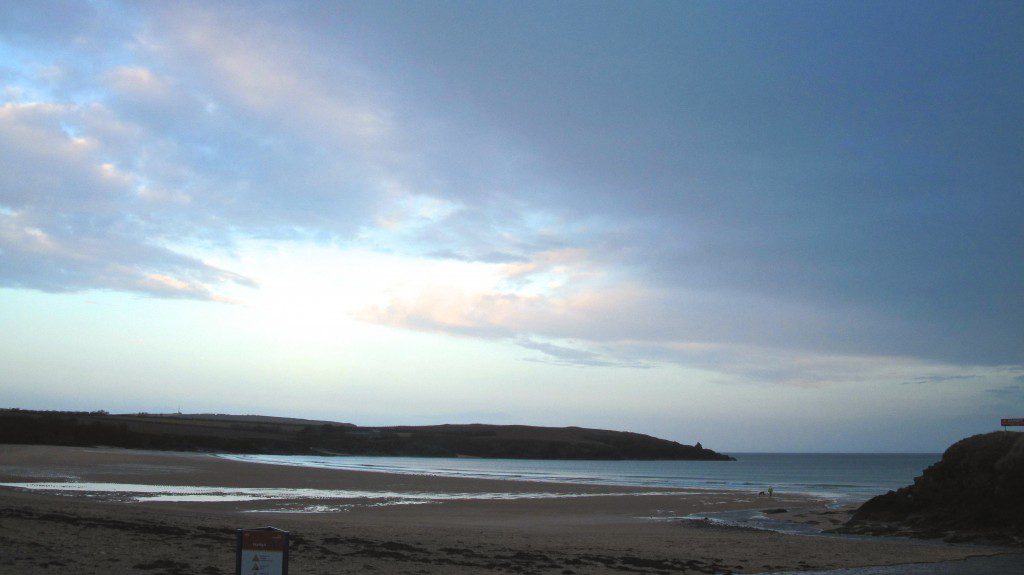 As the schools release the groms there should be plenty of surf rolling into our bays and coves to start the half-term holidays. Unfortunately the wind is likely to be onshore though, a brisk north westerly to start the day.
But that wind should lighten as the day goes on, eventually (although probably too late) backing offshore.
So it’s going o be a sloppy and choppy day at all of the breaks on this coast today, the south coast appealing to those with transport. But by mid afternoon I would imagine that the groms will be all over the quite big (five feet plus) and bouncy, more sloppy than choppy surf.
The guys who like those smooth lines will have to head south or wait until tomorrow!

After a week of gentle and clean conditions, low pressure is about to move in and shake everything up over the next few days.
The surf and wind are likely to increase through Friday, the surf going from mediocre in size to big during the day, the wind increasing all the time. That wind is likely to be blowing in from the south west for most of the day making for clean conditions around at Harlyn. By mid afternoon we should be seeing some classic Harlyn low tide surf!
The wind is likely to switch to the north west for Saturday and that is pretty much onshore everywhere along this coast, making the far coast an attractive proposition. But that wind should ease through the day dropping in strength to not much than a breeze by the afternoon. I’m guessing that the size and power of the swell will demand an offshore to clean and organise an otherwise very mixed up swell but that might just happen too but maybe not until after dark!
By Sunday though, that wind will have eased and switched to the east – offshore!
The swell should still be thundering in and the wind should shape and organise it all to eventually be just the way we want it to be!
That surf could just be very, very good on Sunday!
Have a great weekend, wherever you are and whatever you’re doing!