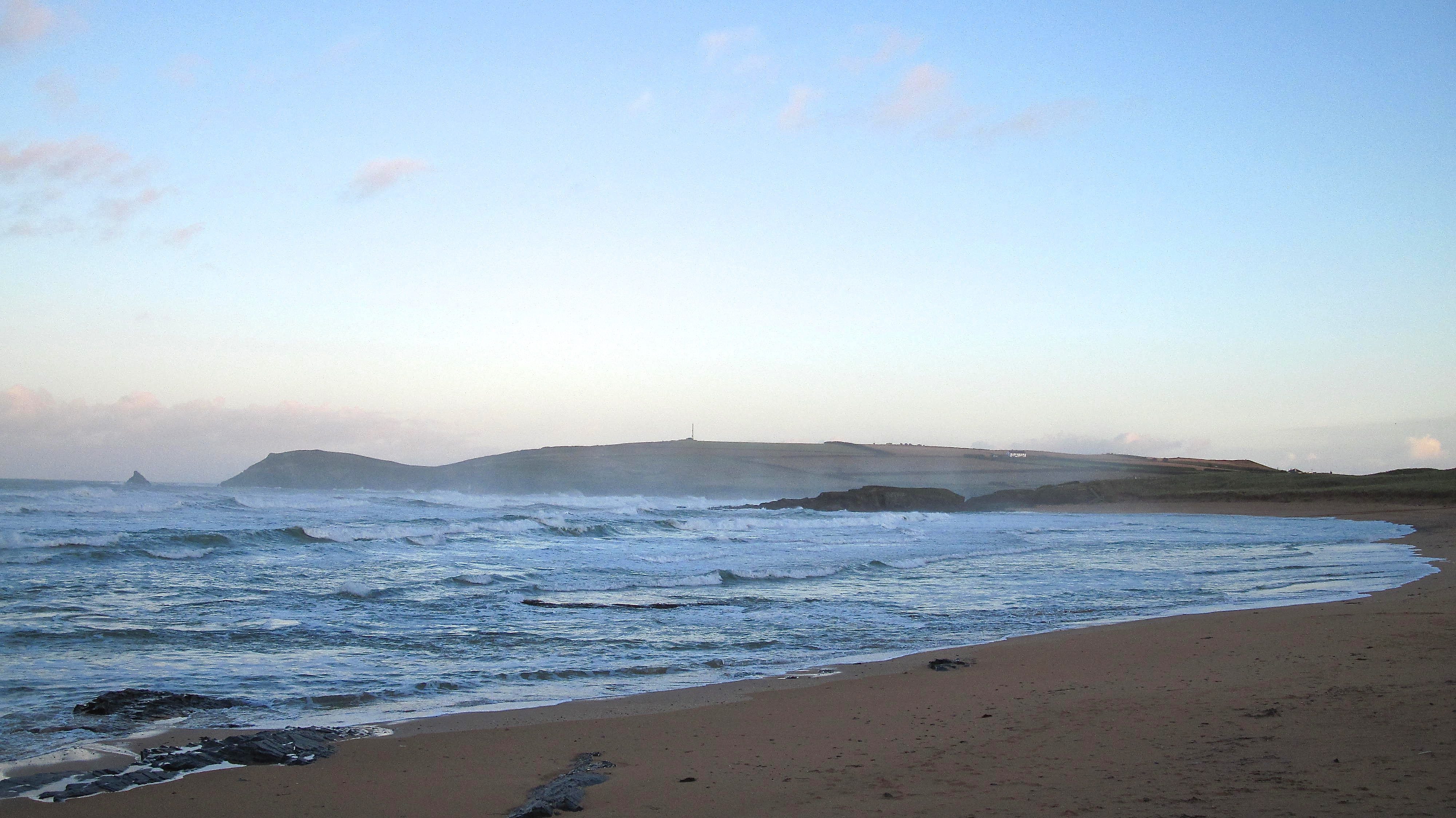 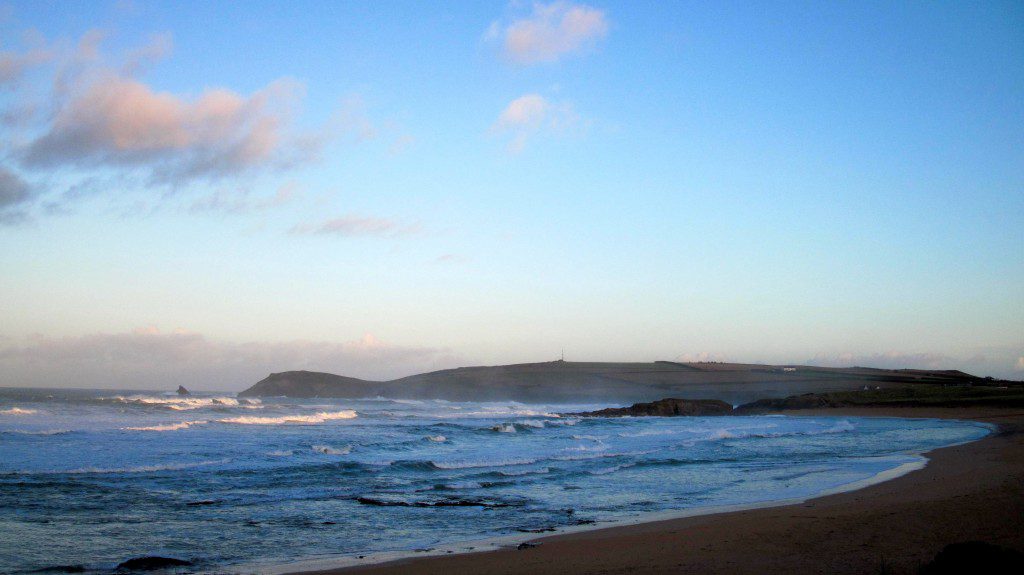 It’s a beautiful morning after last night’s storms, an early morning trip to Bodmin Town was a pleasure watching the bright golden sunburst of dawn over the moors. The rural spread of the county has a different beauty to it than the coastal strip but it is every bit as nice.
And the surf is pumping!
Four to six foot plus, powerful looking, thick and meaty waves are growling up the beach, a mist of seaspray clinging to the bays as that pale blue sky gradually reflects off the grey blue sea. It’s bright and getting brighter and the wind is calm and getting calmer as the bumpy sea gradually smooths itself.
Right now that light wind is sideshore-ish but is forecast to back to the south east – offshore at our better surf breaks! It is a bit mixed up and bouncy just yet, hence only two stars but give it a few hours and it could just be as good as it gets!

I’m away for a few days and so no surf report until midweek next week! 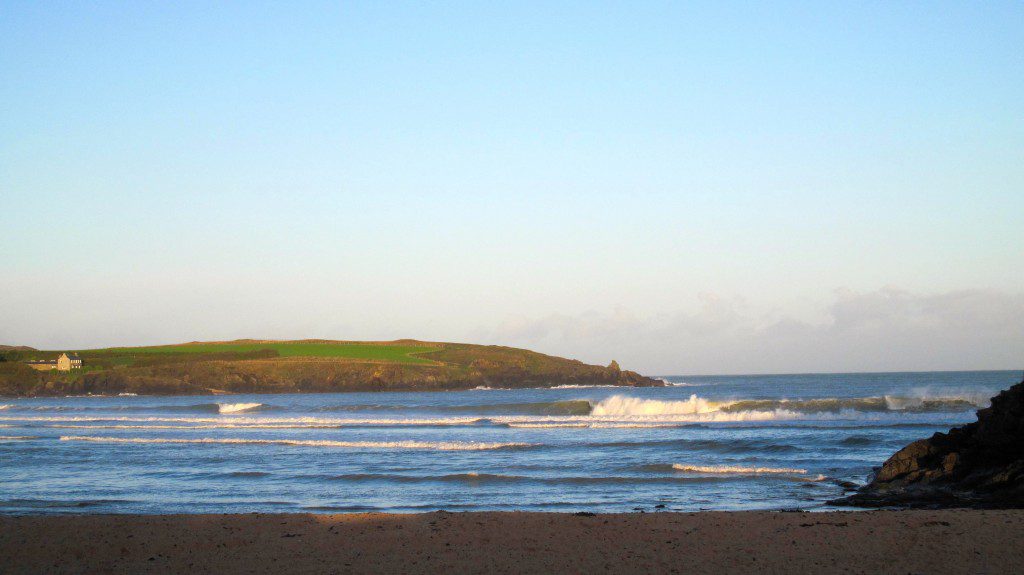 Yep, it’s thick here this morning too!  You can tell that it has been blowing a hooly through the night, the swells are still bouncy and bumpy, they need some smoothing out.  It’s not as big as we might have expected either, there are good three to four foot waves ploughing through as and when, with the odd bigger clean up set every so often but there is a long wait between those sets!  I’m guessing that it will clean up and sort itself out as the morning goes on and I wouldn’t be surprised to see it being pretty excellent by lunchtime! 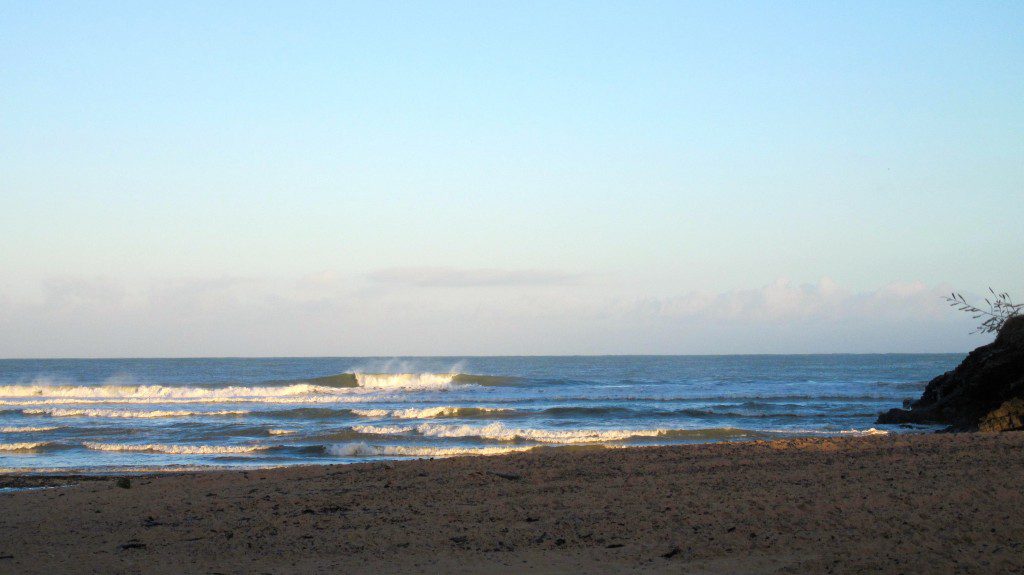 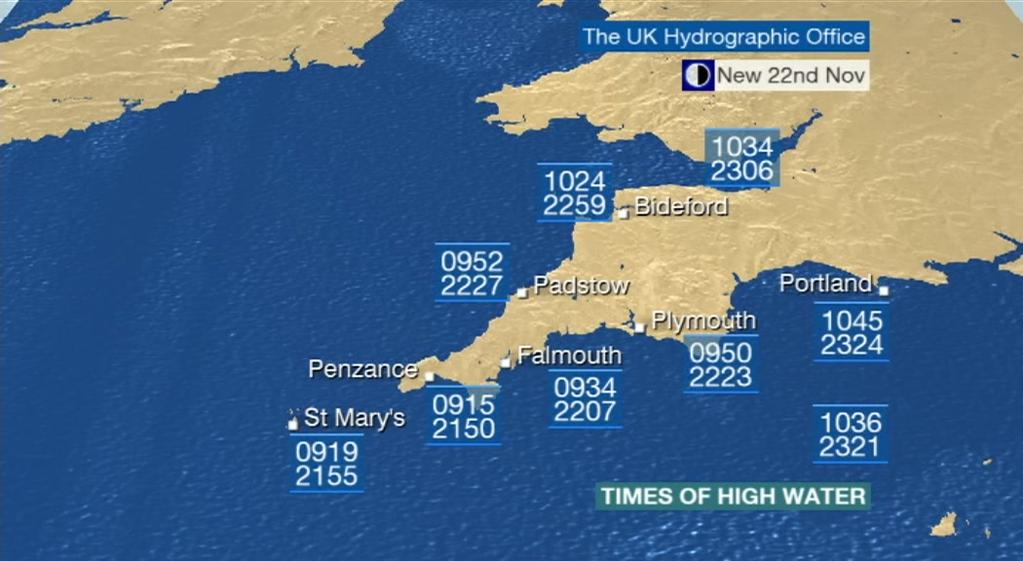 Four to five feet, offshore and sunny!
It’s not often that I can say that and keep a straight face but today could just be one of those days that slides into the ‘epic’ range of surf days!
Enjoy!

Those storms of midweek seem to have settled themselves for a moment or two, allowing some clean and bright, sparkling swells to roll through. And some of those swells are going to have some chunky size to them!
Lighter winds are predicted for the weekend and they should be gently blowing mainly from the south east, offshore at all of our prime breaks!
Yep, the weekend is looking superb, the wind might be just a little twitchy through Saturday morning but should settle itself offshore soon enough, staying offshore through Sunday.
Add a little sunshine to the mix, along with some very mild water temperatures and it is all looking fabulous for an action packed weekend of surfing.
Just take your pick of breaks, wax your favourite board, paddle out and have the time of your life!
But, as always do keep a weather eye on those rips and currents, that swell might be a bit bigger than it looks!
I’m away for a few day, so no surf report until next week!
Have a great weekend, wherever you are and whatever you’re doing!