There’s a blustery west wind blowing through this morning, the sky weighing down on us with a heavy grey bundle of clouds threatening some damp stuff sooner or later.
Three feet or so of not quite as choppy surf as you might expect is rolling up the beach, sloppy and crumbly but still holding some shape in spite of that gusting wind.
The forecasts are showing brighter weather for later but I think that the surf is going to stay messy for most of the time.
I wonder whether it’s big enough for Harlyn? 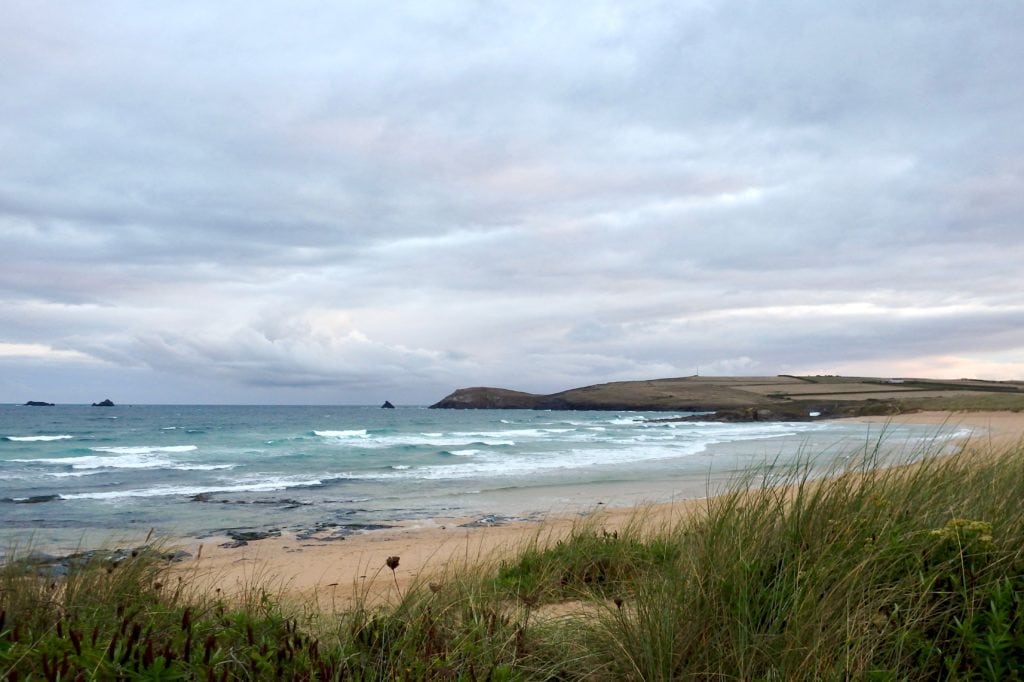 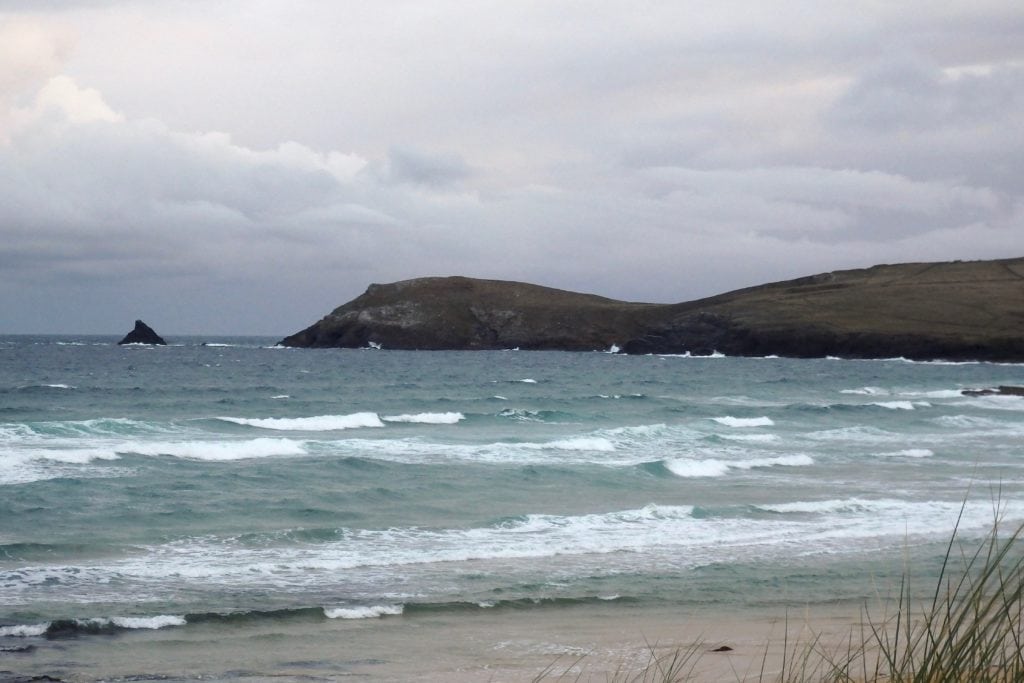 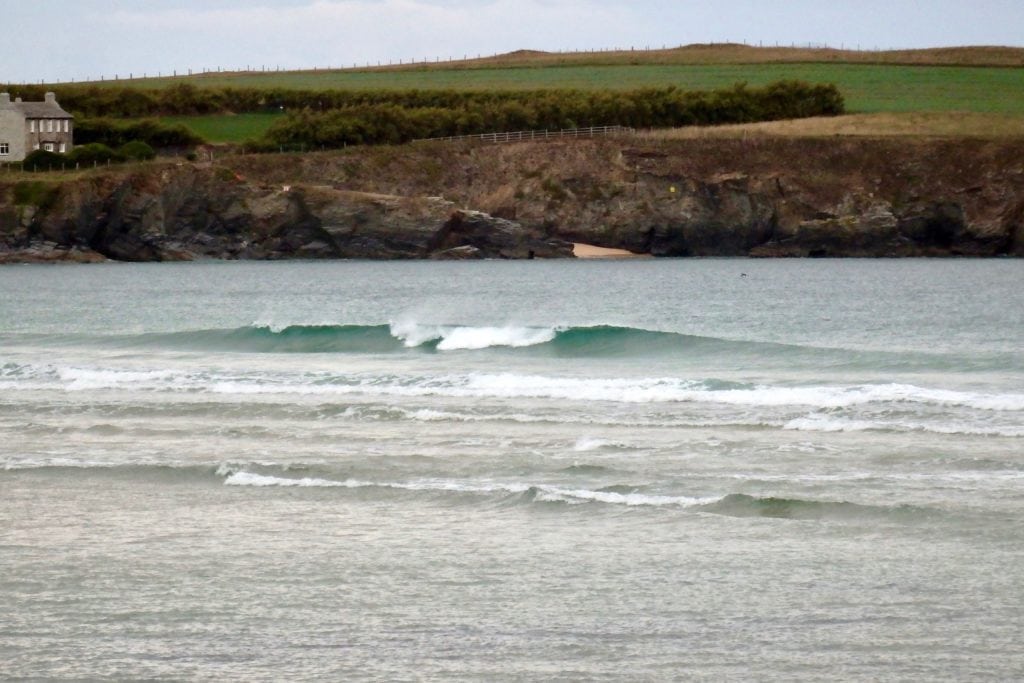 A surprising couple of feet or so of smooth faced little surf is snapping across that pre-high tide sandbar this morning.
I thought that the wind was a little too westerly for it to be that clean but everything is smooth and neat and quite pleasant, if you fancy a couple of small ones before work/school/whatever.
And the forecasts are showing that wind easing more to the south west, allowing the shape to improve as the day goes on!
Hmmm, it could just be fun later – if it doesn’t go flat on the dropping tide! 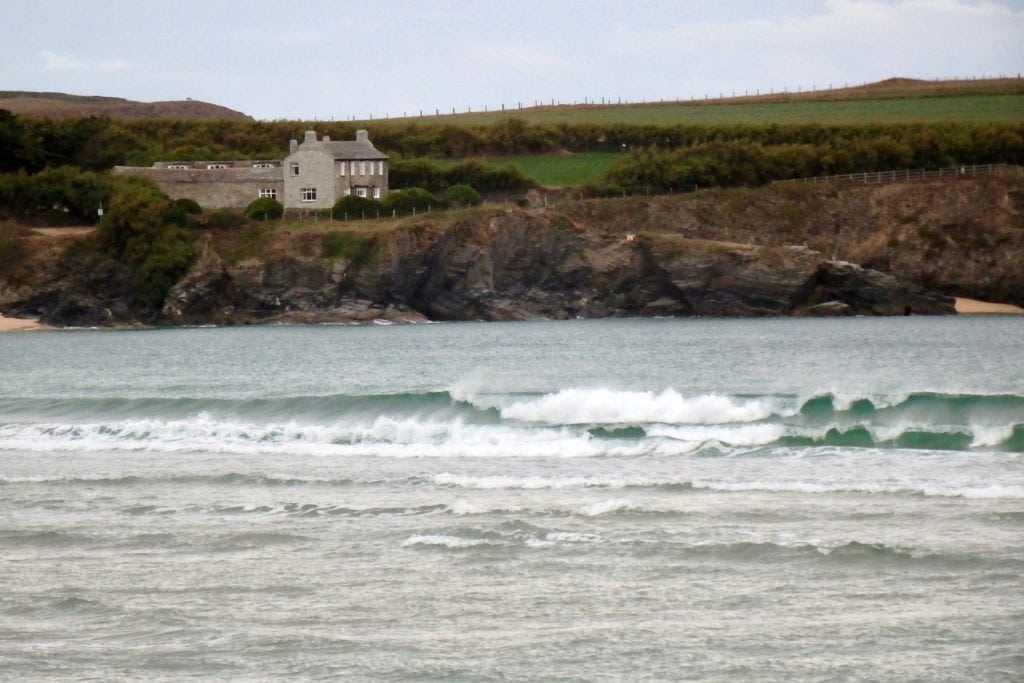 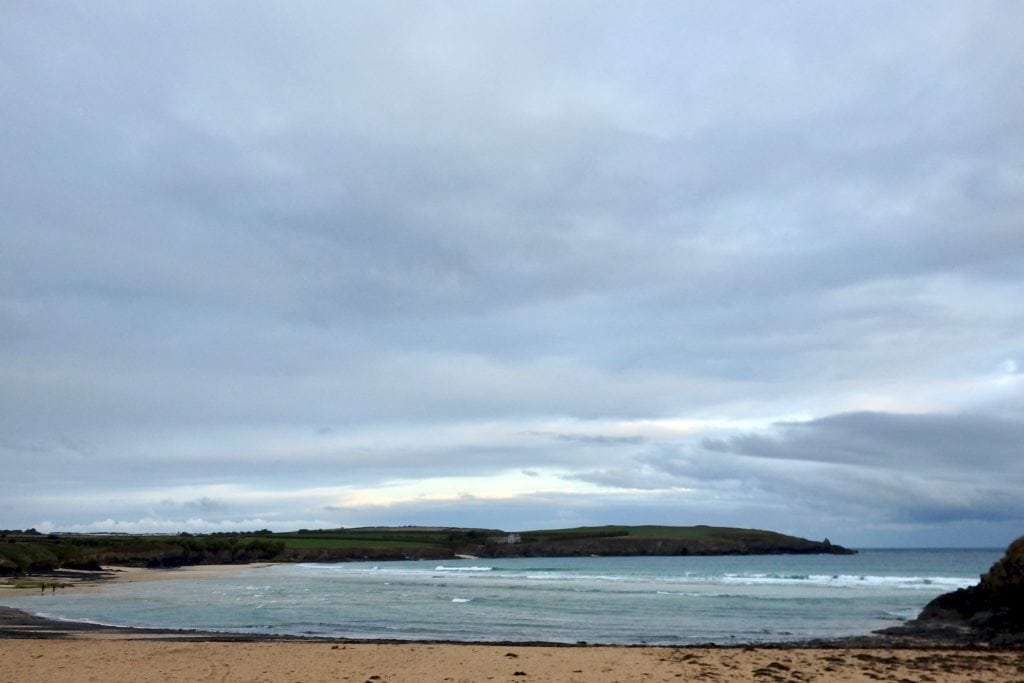 The wind should be lighter today, still from the west, going south westerly but again with only that same three foot swell running along the coast.
It’s going to be another one of those days spent choosing between bigger but sloppier Constantine or smoother but much smaller Harlyn!

Harlyn might just be vying for our attention this weekend with south westerly winds being forecast and a three foot plus swell eventually building.
So Saturday might just see some really small but glassy and clean conditions at Harlyn, competing with the lure of three feet or so of bumpy and lumpy Constantine surf.
The sun should be making it all look that little bit more attractive too, so maybe that paddle through onshore bumped waves on this side of the headland might just win out over the tiny but sharper conditions at Harlyn.
The wind is likely to steady out by Sunday, a fresh blow from the south west all day long. And the swell is likely to have doubled in size too, definitely pointing the way to Harlyn for some three foot, dredgy and hollow barrels at low tide.
And then we might just see some offshore wind for Monday but that is a bit too far ahead to get excited about just yet.
In the meantime there looks like plenty of surf to be ridden with some pleasant enough weather to enjoy first.
Have a great weekend, wherever you are and whatever you’re doing!