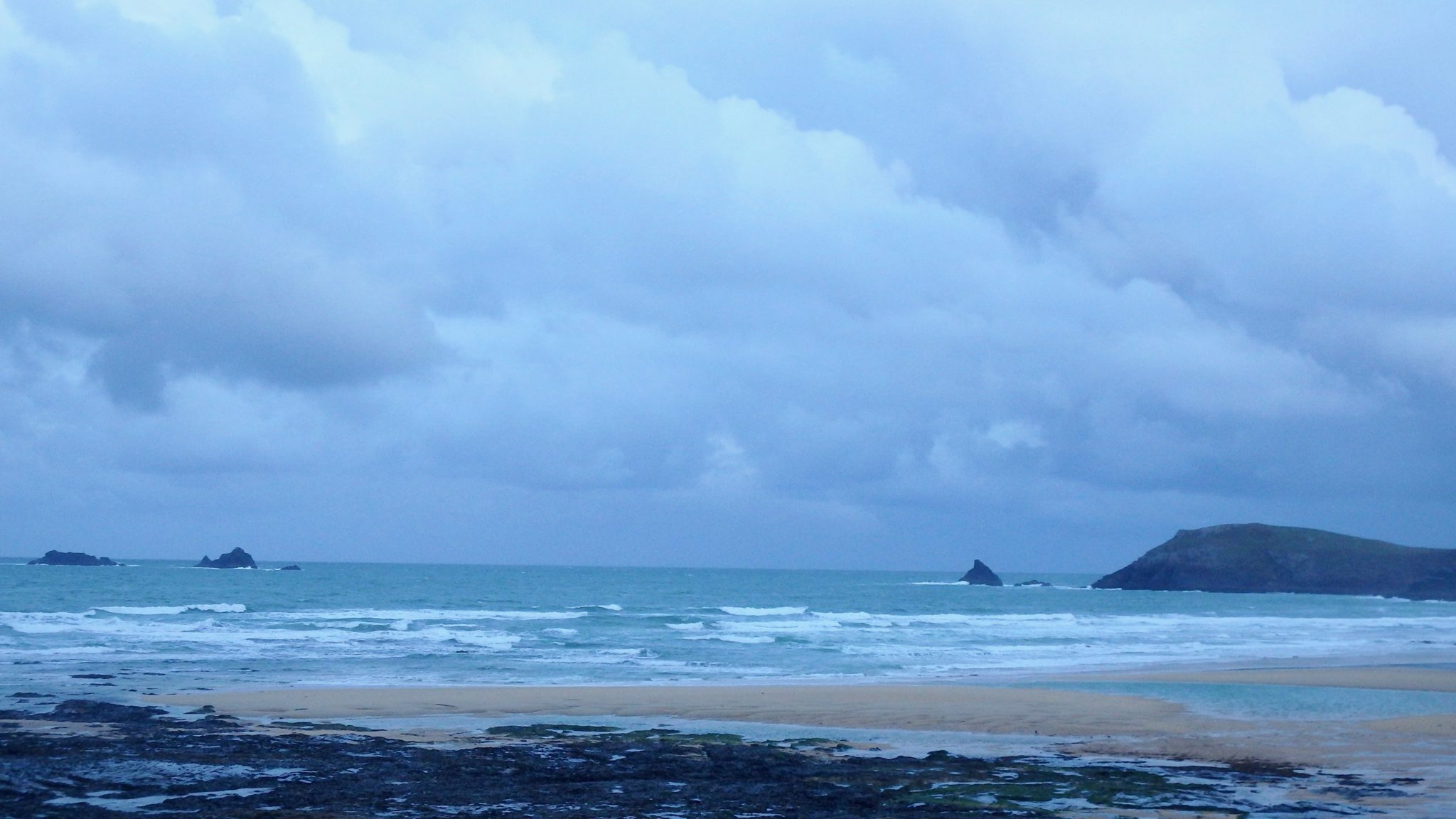 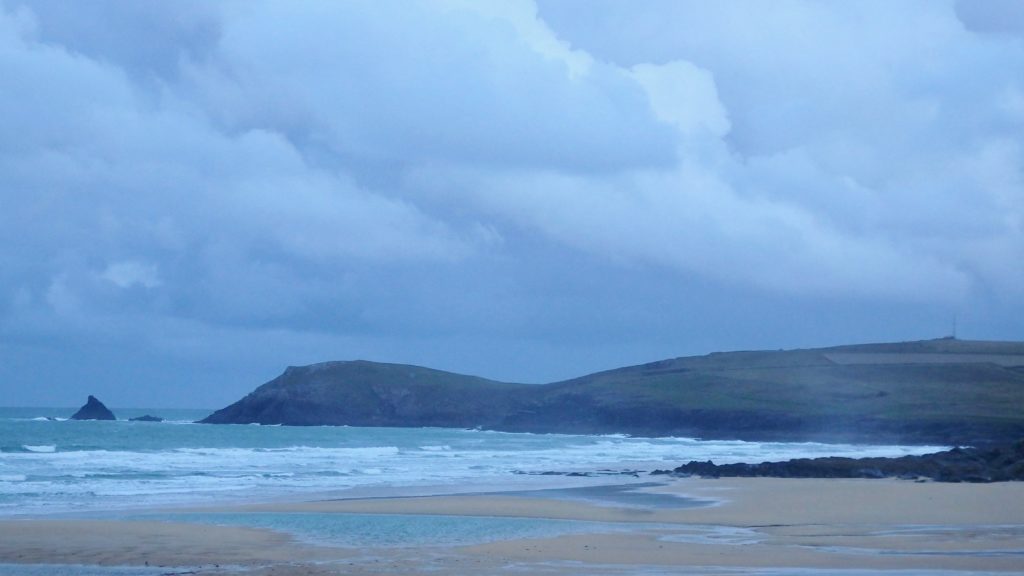 There are some brighter streaks of lighter weather hidden deeply in that otherwise cloud covered sky but you have to look for them!
Yes, the wind is blowing, the rain is driving in and the temperature is too low for the date!
Give it a few hours though and we should see some improvement.
The same can’t be said about the surf though; a couple to three feet of wind tossed junk surf continues to fumble its way towards us, all mixed up and confused and looking like it’s going to stay that way all day long!
I think that the time has come to get the travel planner on the go! 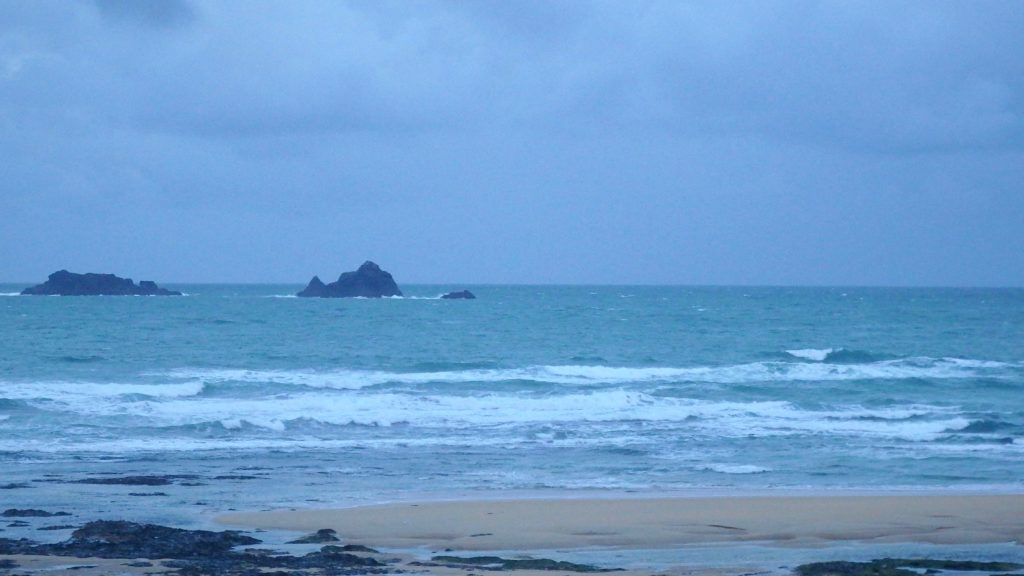 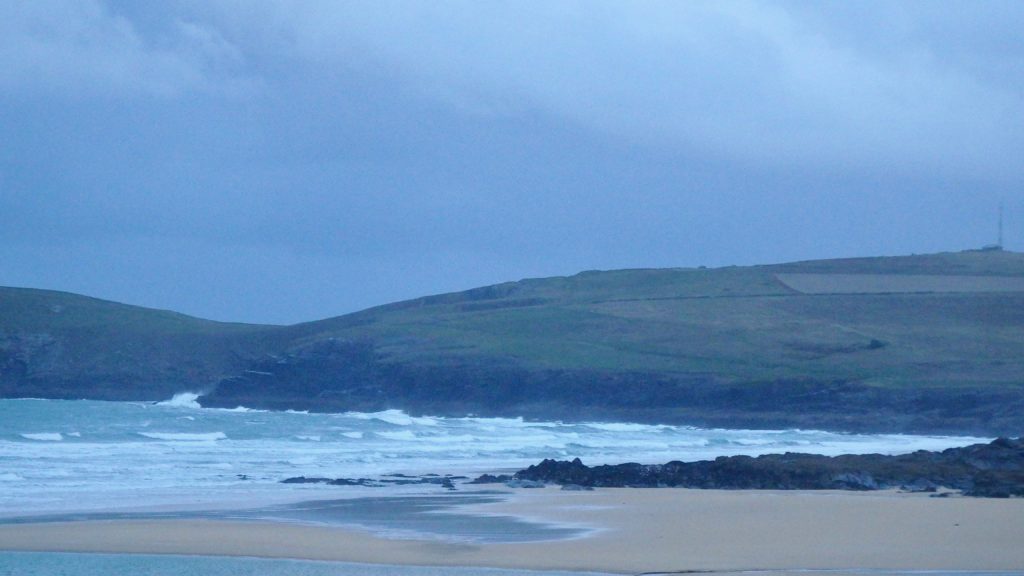 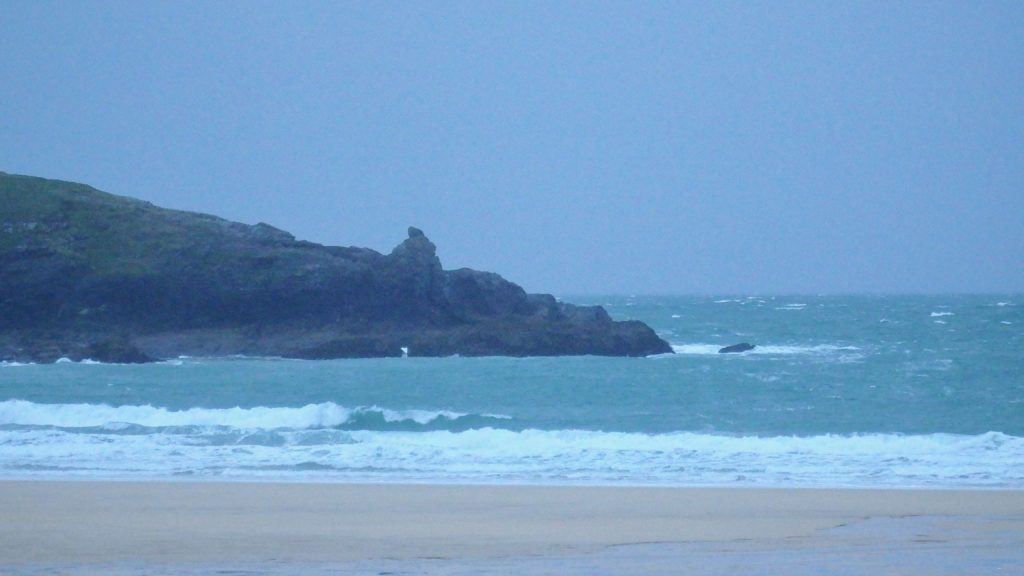 A foot or two of choppy and mixed up, wintery looking little waves are washing into the bay but they look like they have better places to be.
The cold north westerly wind from hell is still rattling in, driving sheets of rain before it and demolishing anything that remotely looks like a rideable wave.
Give it a couple of hours though and the sky should brighten at least a little at the same time as the water pressure in those downpours eases off. The surf will still be small and junky but it might be just a little more fun! 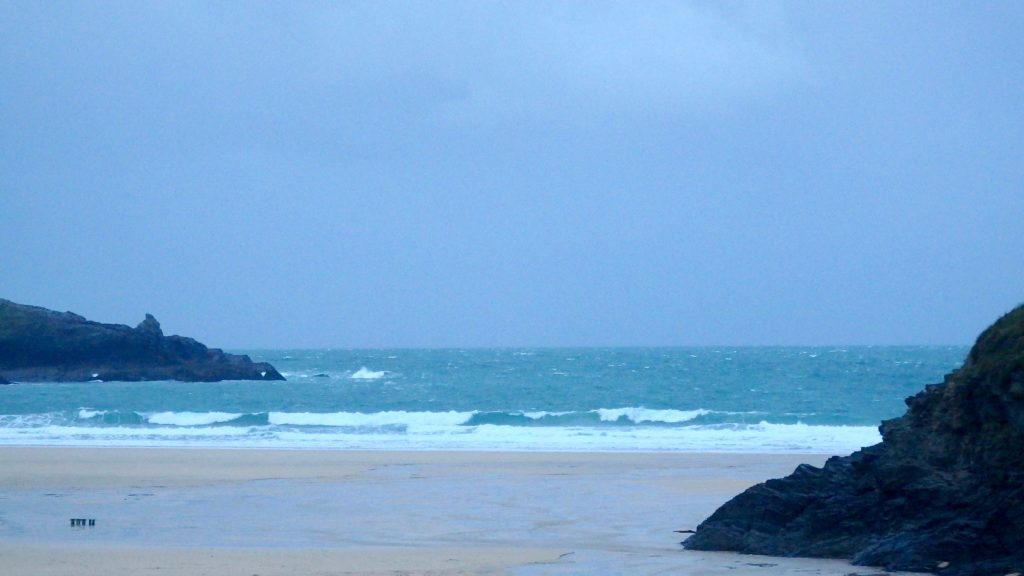 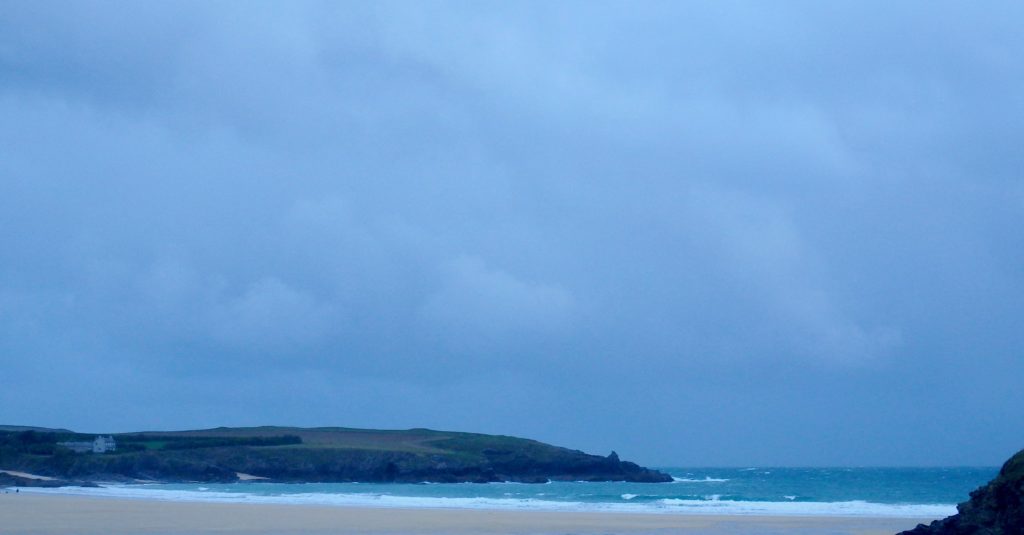 And on it blows!
North westerly winds continue to irritate as they chill the air, chop the surf and buffet the headland.
But the air should be clear, the showers fewer and that small, small surf just a fraction cleaner than it has been!

Well, it should be a lot calmer and brighter and cheerier by Sunday but otherwise we are still likely to be enjoying mostly onshore winds this weekend still blowing from the north west.
Except for that spell on Sunday morning, maybe.
So Saturday looks like an extension of this week with those north westerly winds chopping and slopping the two feet or so of already mixed up junk surf.
We might just enjoy a short respite of more north easterly breezes, at least allowing those probably small waves to clean up a little at the more sheltered south west facing coves and bays.
And then we will be back to a more south westerly air flow as we go into next week. Which should at least push the surf up a little!
Have a great weekend, wherever you are and whatever you’re doing!