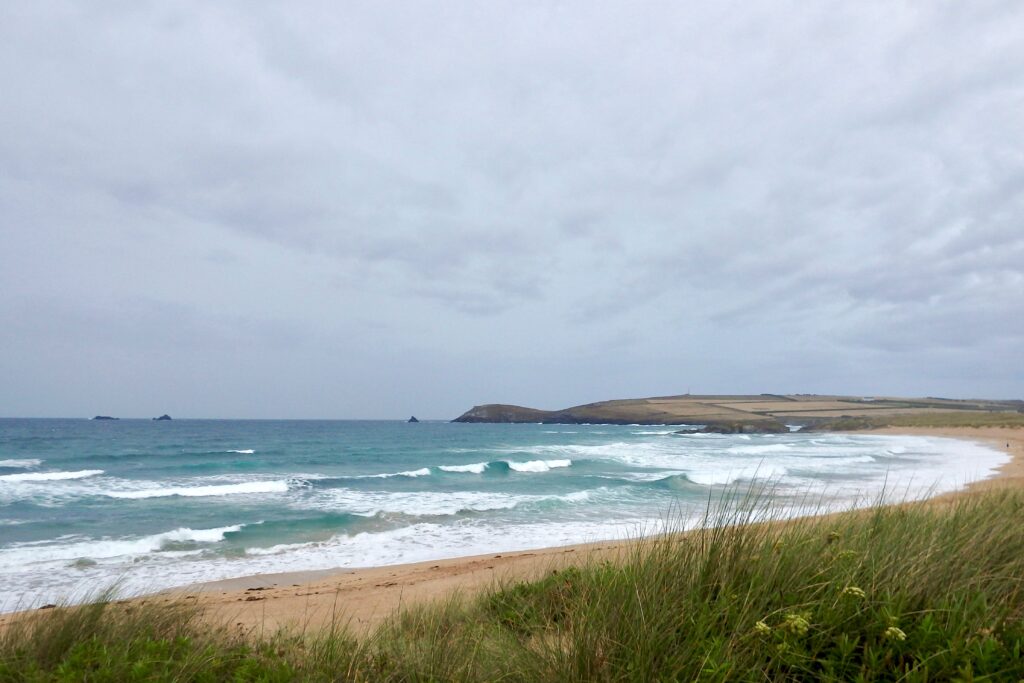 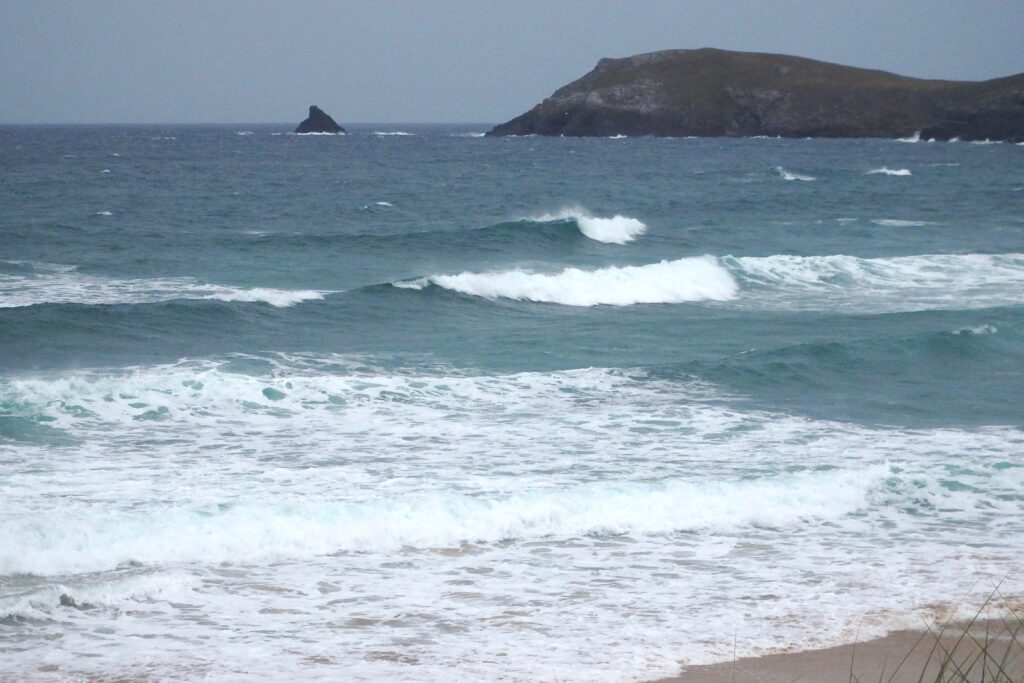 The wind is starting to blow and the rain is starting to pelt down as that active little low pressure system bundles itself across the coast this morning.
We are expecting more stormy conditions as the day goes on with that wind boosting up to 40 mph, not as strong as our winter blows but strong enough to cause some mischief when you see the trees and hedgerows in full bloom.
And it is already having an effect on the three to four feet of chopped and messed junk surf that is tumbling through. Those hesitant waves are being pushed and jostled and tugged at by that blowing sou’ wester, the odd set waves showing a little more size, a promise of bigger later. And it should get a whole lot bigger as the day goes on, certainly big enough to throw some swell around and into Harlyn anyway! 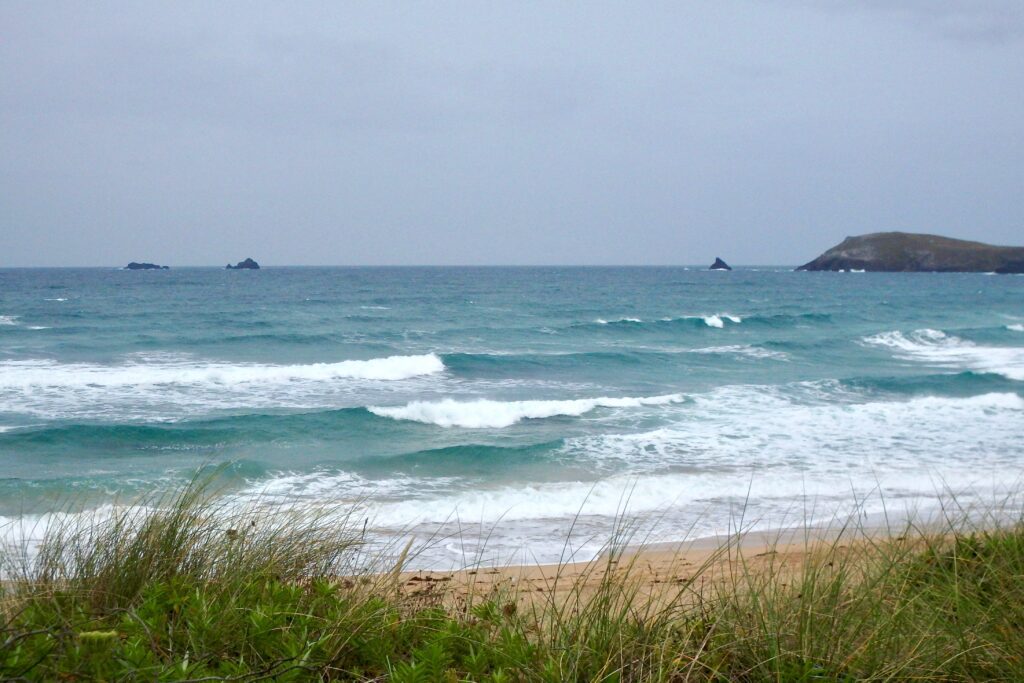 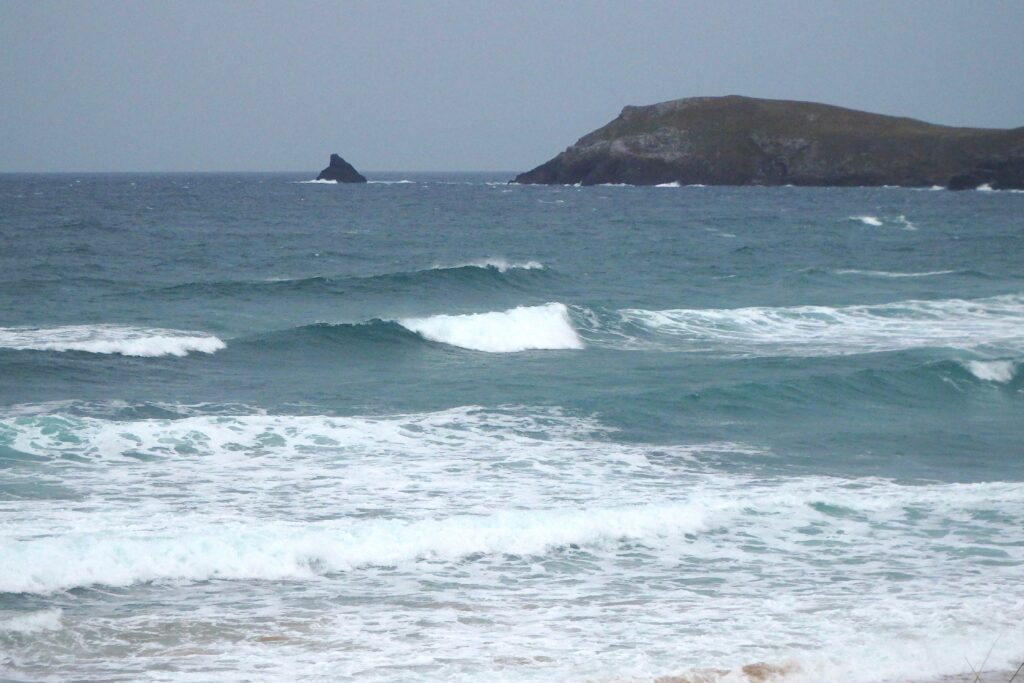 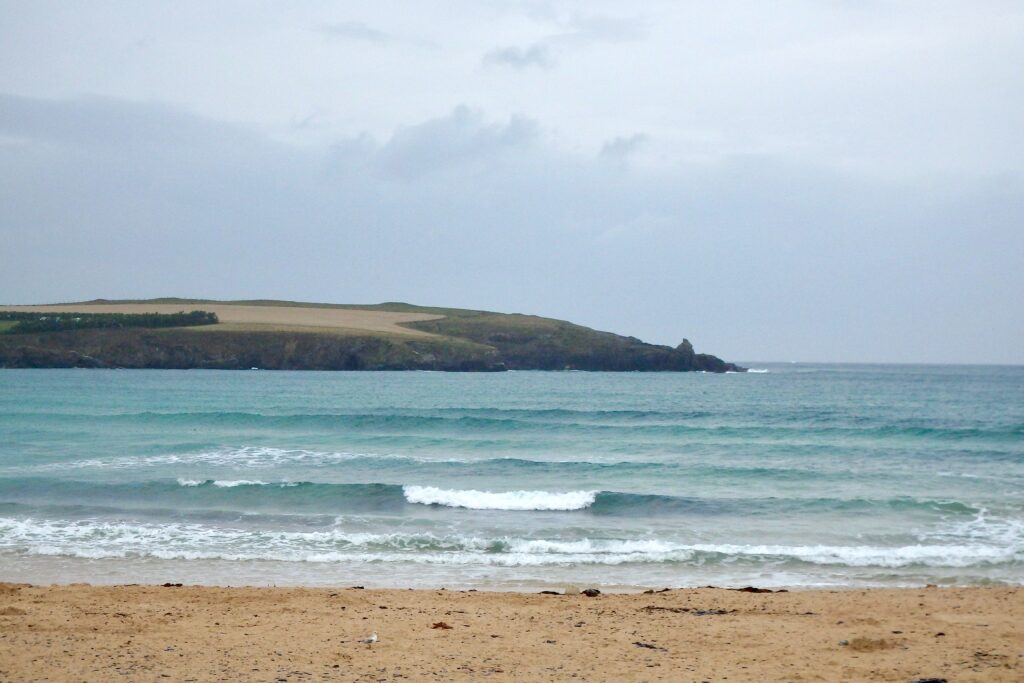 The sea’s surface is being smoothed by that already brisk south westerly wind at Harlyn this morning, the steadily strengthening offshore holding those little waves as they try to break in the high tide depths.
There are only tiny waves just yet at Harlyn but give it a few hours and watch it grow.
It will be pumping here by this evening! 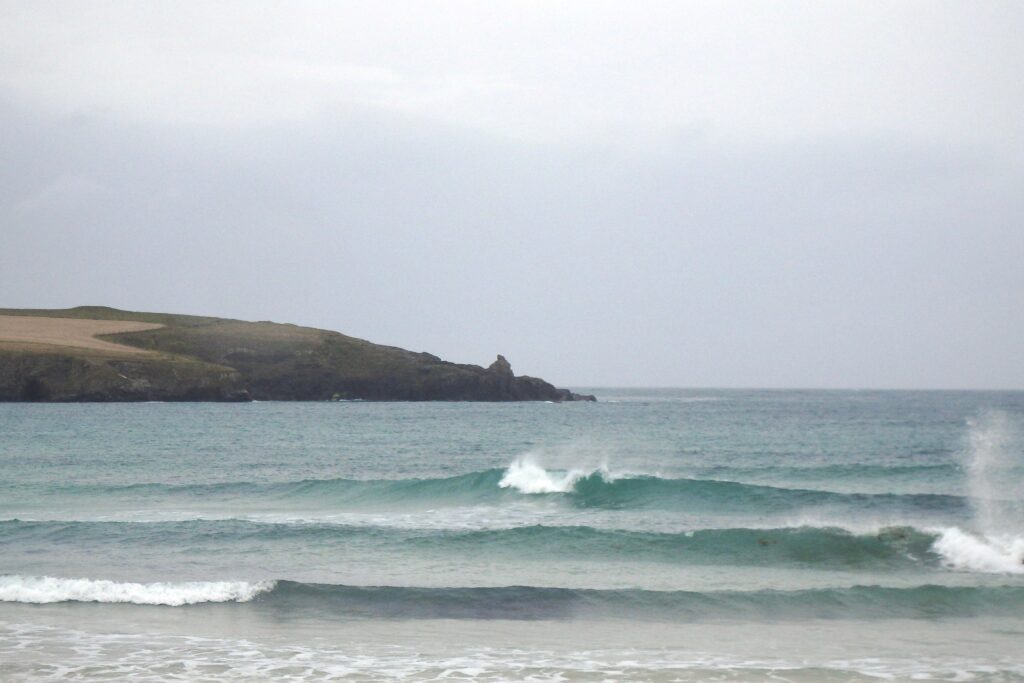 Carnival day in St. Merryn!
And we are hoping for a brighter and drier day than Friday with a more solid if still windswept four foot swell rolling into the bays. Harlyn is going to be the surf destination of the day with a decent three feet of offshore wind hollowed boomers expected all day long!

A short, sharp low pressure system is expected to drive its way up the north Atlantic this weekend, providing strong winds, plenty of rainfall and some thick and heavy wind swells for us to play in!
Harlyn, as always, is going to be the ‘go to’ destination this weekend, those south westerly winds blowing hard and offshore, hollowing and holding those same swells that the wind has driven across the ocean.
Three to four feet of sand sucking, shallow and hollow surf will be testing your reflexes all weekend long as those heavy cloud banks get blown away, allowing some bright and cheery sunshine to make it all look that little bit better than it might actually be too!
Have a great weekend, wherever you are and whatever you’re doing!