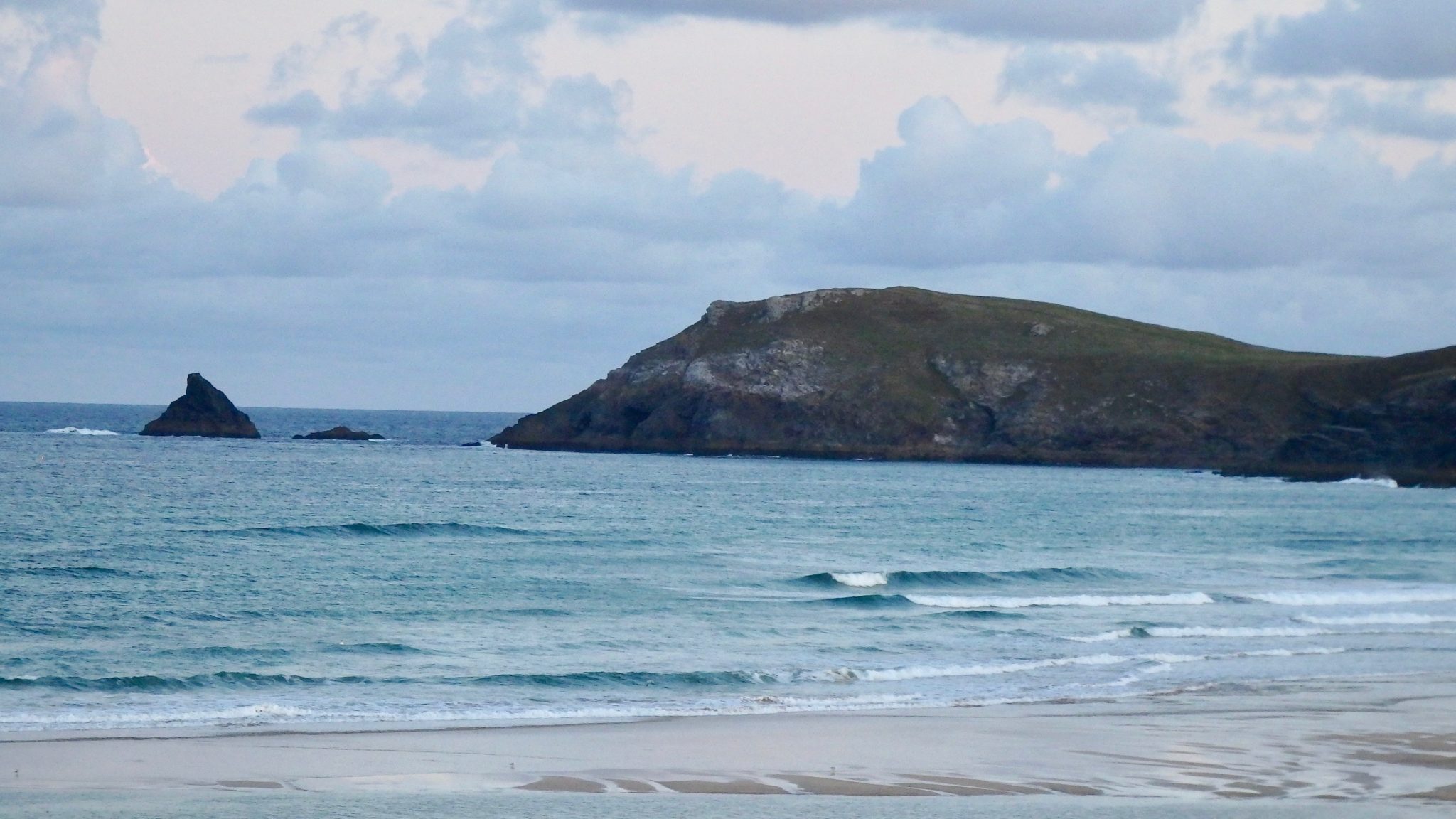 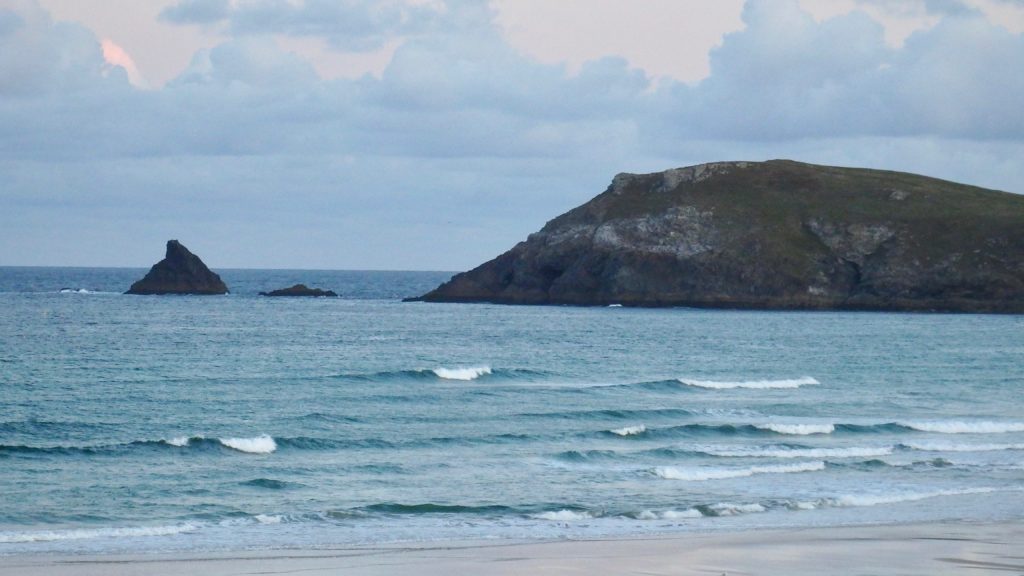 A bright and cheery but chilly morning is kicking off this September quite nicely, that mainly clear sky taking on a sharper blue than of only a few days ago.
There’s a steady breeze coming down from the north nor’ east right now, almost offshore, almost cold, almost helping the two to almost three feet of slow moving swell. The temperature should improve as the day goes on and the surf is likely to remain okay for most of the time with a couple of feet of ruffled but fairly organised swell rolling our way on a clear and bright, late summer’s day! 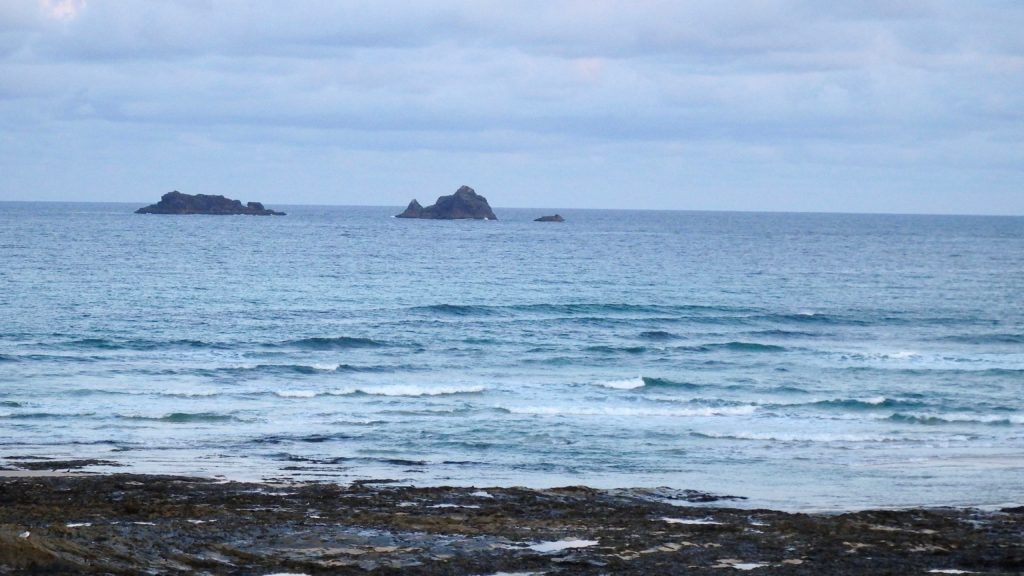 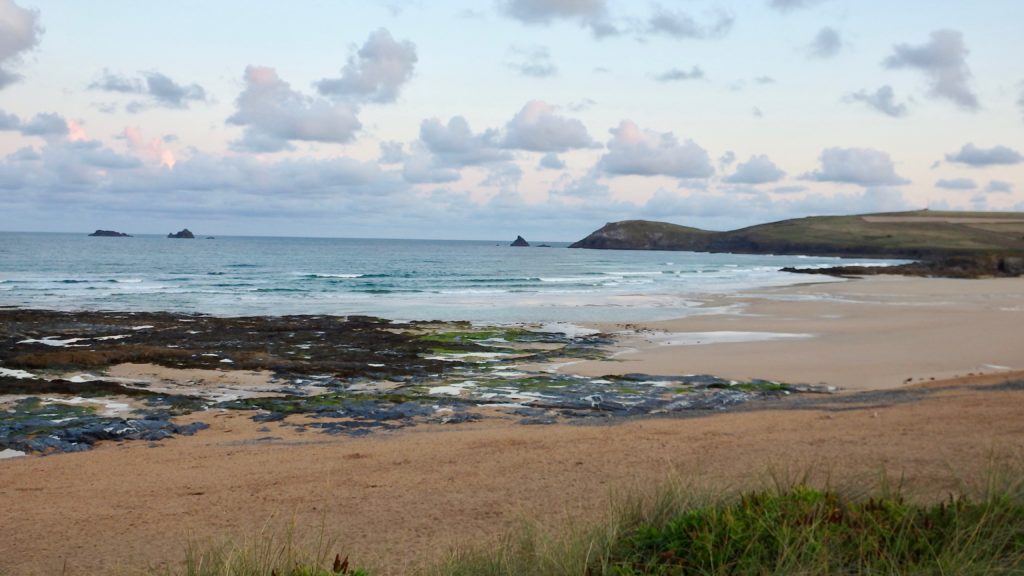 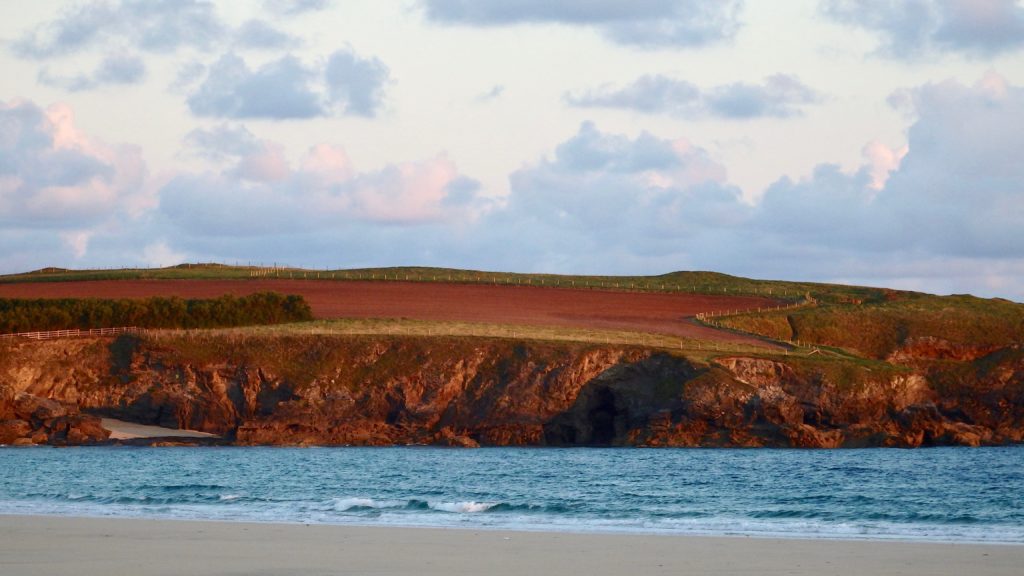 The light is fabulous in the bay this morning, the late dawn throwing orange and gold light across the Cataclews, contrasting with the late summer’s steel blue and ocean white of the Atlantic.
There’s no surf whatsoever but the lightshow is worthwhile! 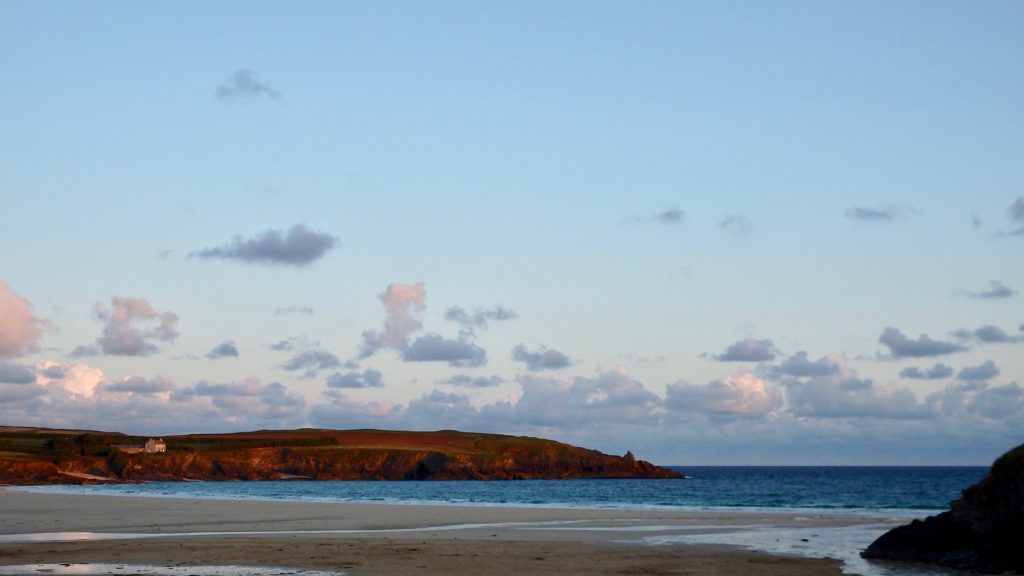 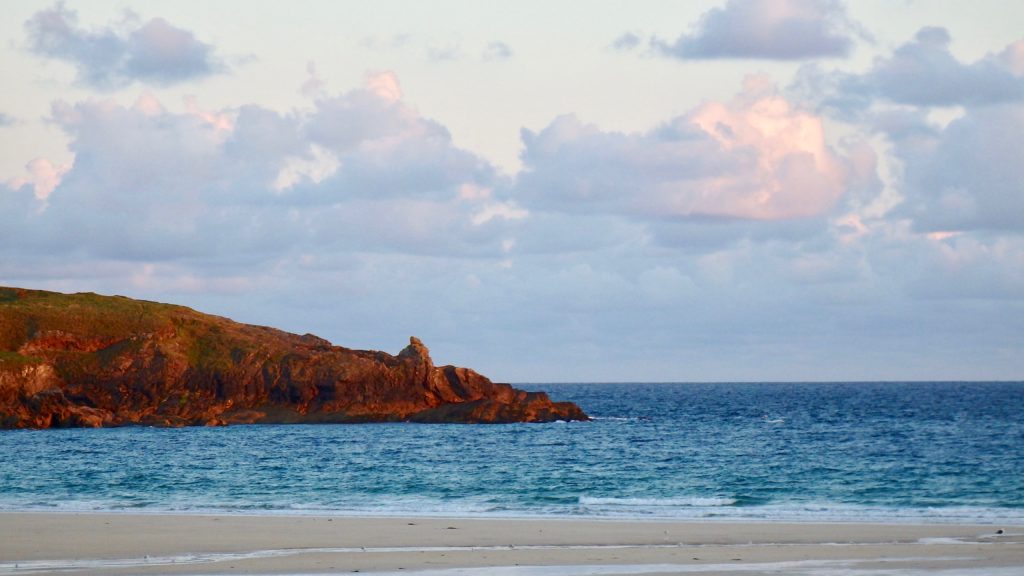 Light breezes are gradually going to drift south westerly through the day as we see signs of just the start of a new swell.
Starting out as a weak and wishy washy foot or two of fairly directionless surf, the wave-period should slowly open out as more solid swells start to punch their way to shore. By evening we should be enjoying some real pushy little swells with a mid-teens wave-period, making those waves much faster and harder breaking if not necessarily that much bigger!
It could just get good by the evening!

Light and variable breezes are going to be keeping the weather mild enough but far from settled through Saturday, the surf small but rideable and the weather a bit mixed to start with, hopefully settling down through the afternoon.
By Saturday evening we could just start to see the beginnings of the first half decent swell to move this way for a long time!
It is still a little too early to tell but we might just see some thick swells swinging our way through Sunday from all that activity over on the other side of the pond.
As the wave-period stretches out those solid swell lines should start swinging into our bays through midday Sunday, providing plenty of head high and bigger waves to feast upon.
Throw in some light and southerly breezes and we could just have the makings of a very fun day, filled with three to four feet of much more solid surf!
And that could be the way of it well into the start of next week as those swells thicken and grow. It is unlikely to get that big or anything but those swells should become solid and heavier than we have seen for a long time!
We always look forward to those September Sessions, as our visitors all depart leaving quieter beaches to receive some of those long travelled swells from storms a long way away.
Let’s hope that we see some proper swells soon to make up for a fairly swell starved summer!
Have a great weekend, wherever you are and whatever you’re doing!