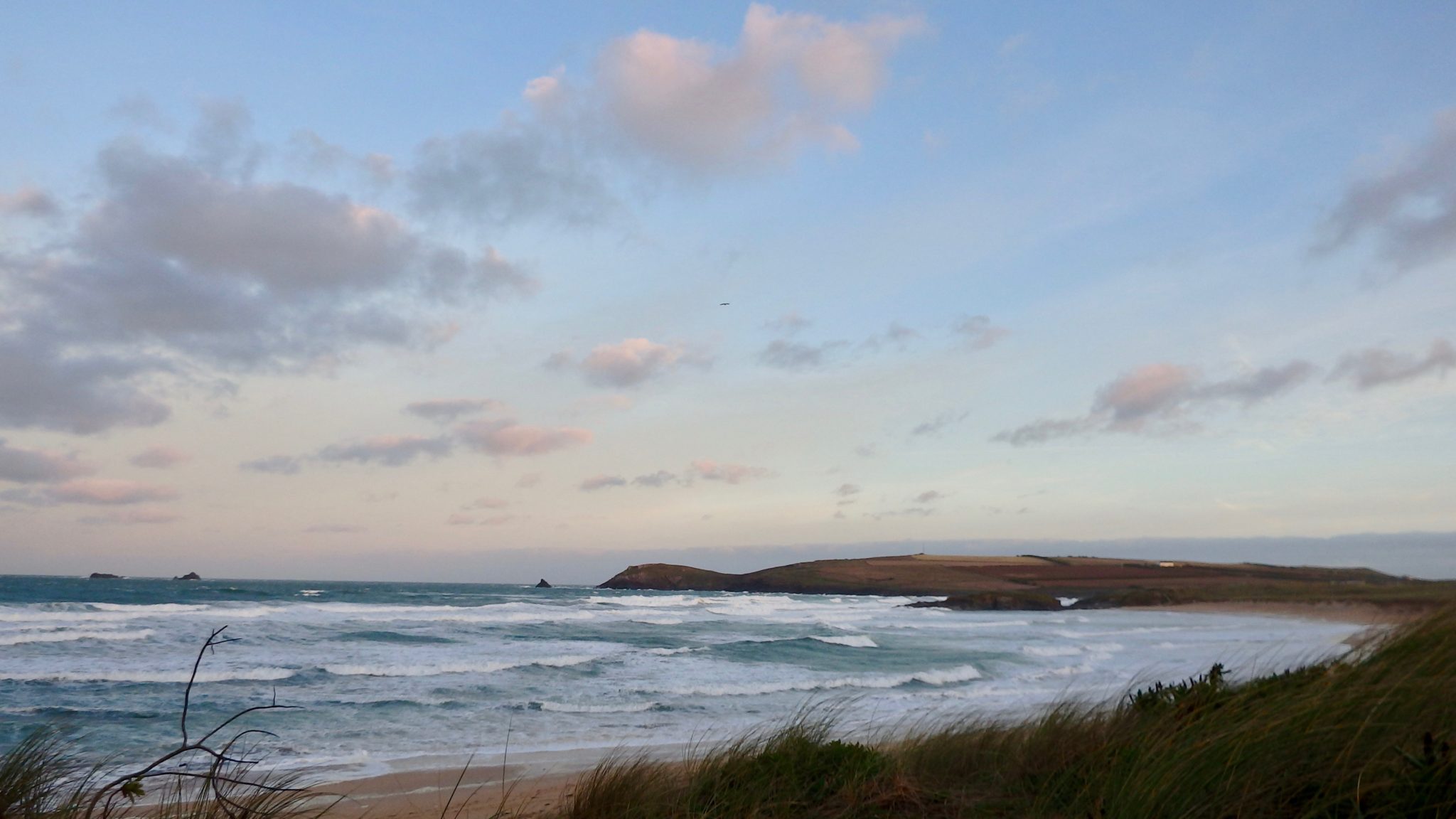 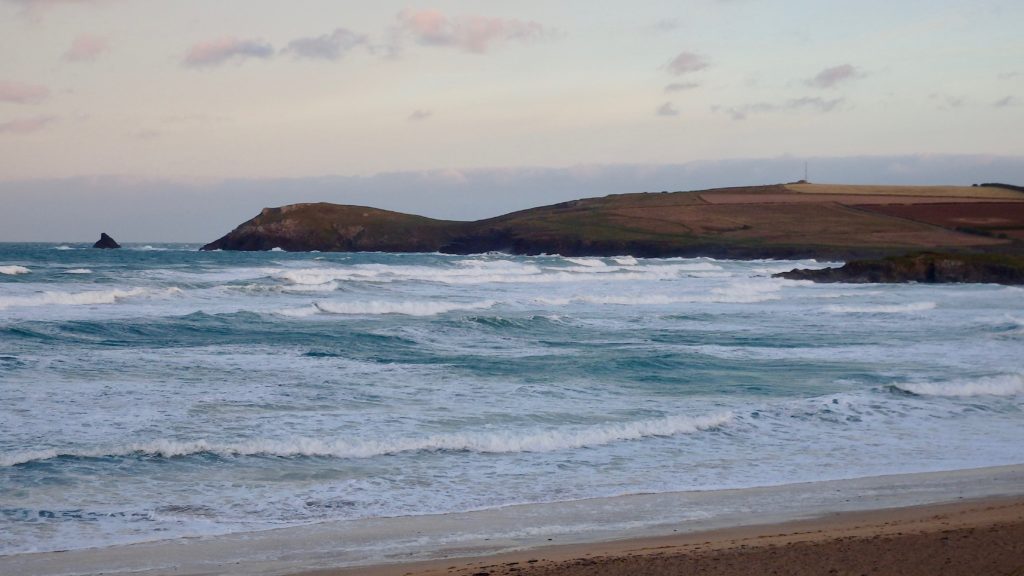 The wind is calming gradually after last night’s blow-through, just having a little rest in readiness for the next big hullabaloo!
So right now there’s still a brisk and blowey west nor’ westerly chasing some big lumps of waves into the bay, scattering spray and froth and foam about the place.
The sky is bright though and the wind is likely to continue to ease maybe allowing some of those sheltered spots to shine.
But there’s no surf to ride her today! 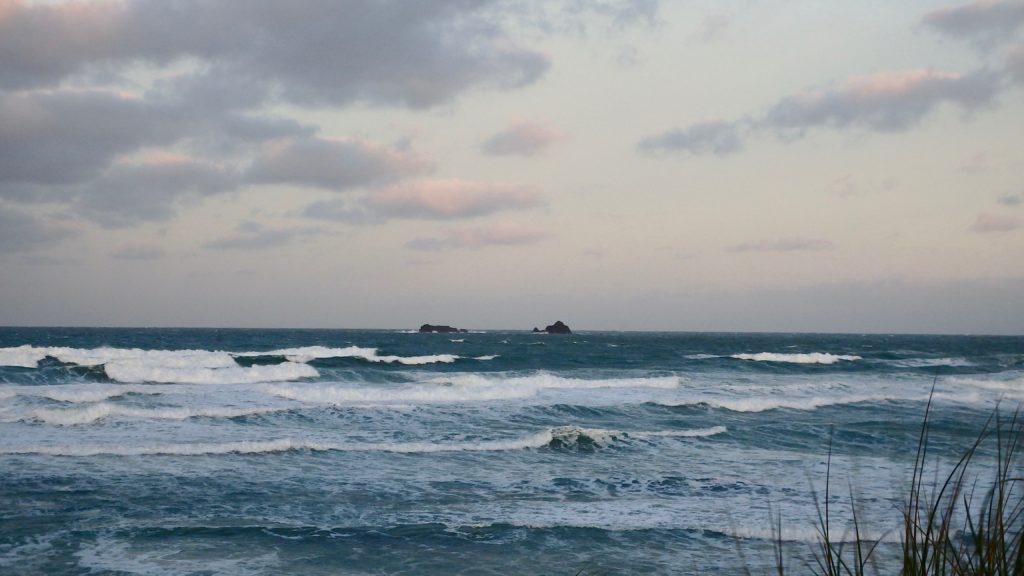 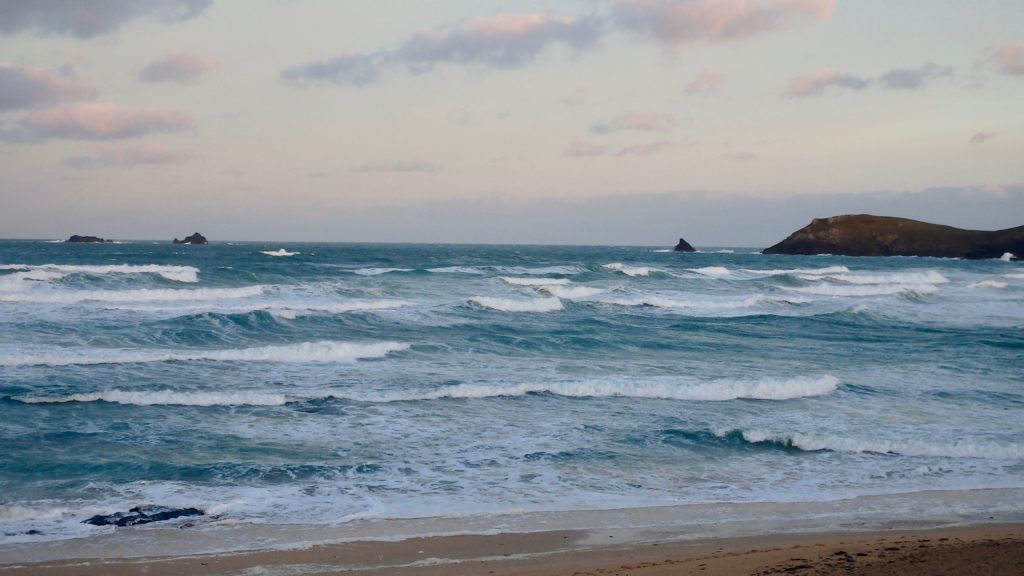 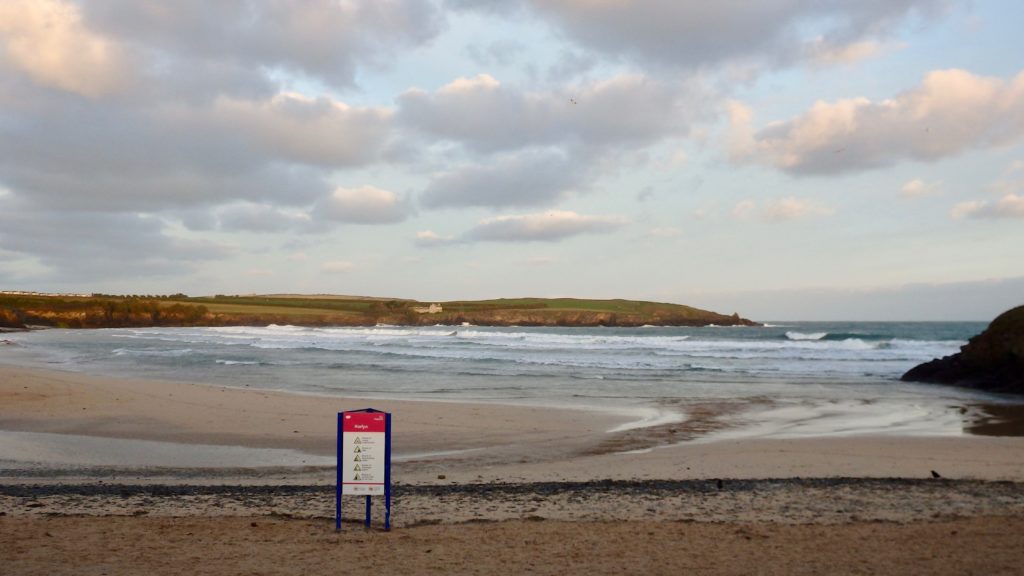 Three or maybe four feet of jumbled up and messy surf is being blown into Harlyn this morning, that west nor’ wester still with enough strength to make a mess of it all.
The wind should back more southerly through midday so it could well be worth checking this afternoon’s tide to see if it has cleaned up.
It could just get quite good (and big!) through this afternoon! 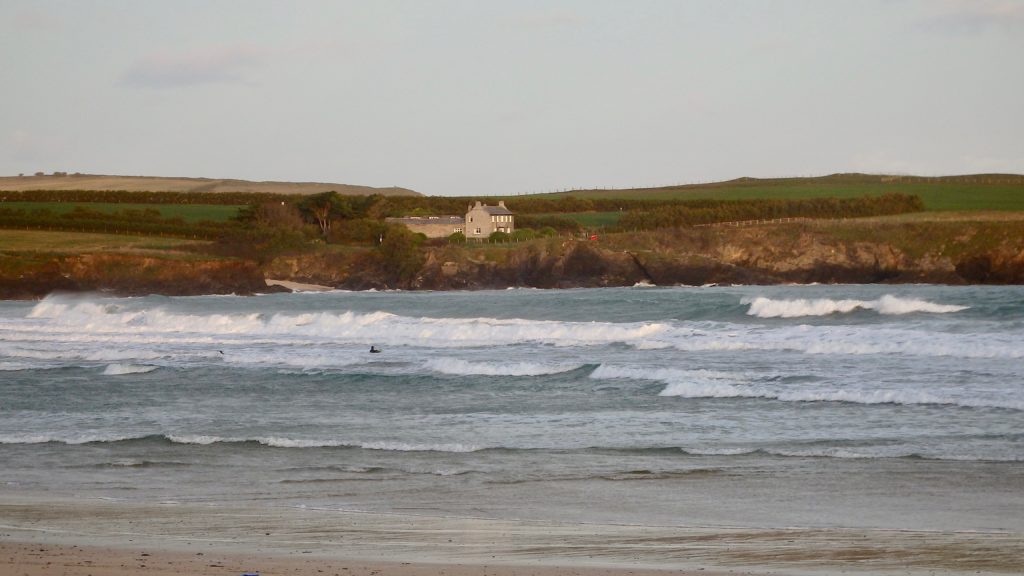 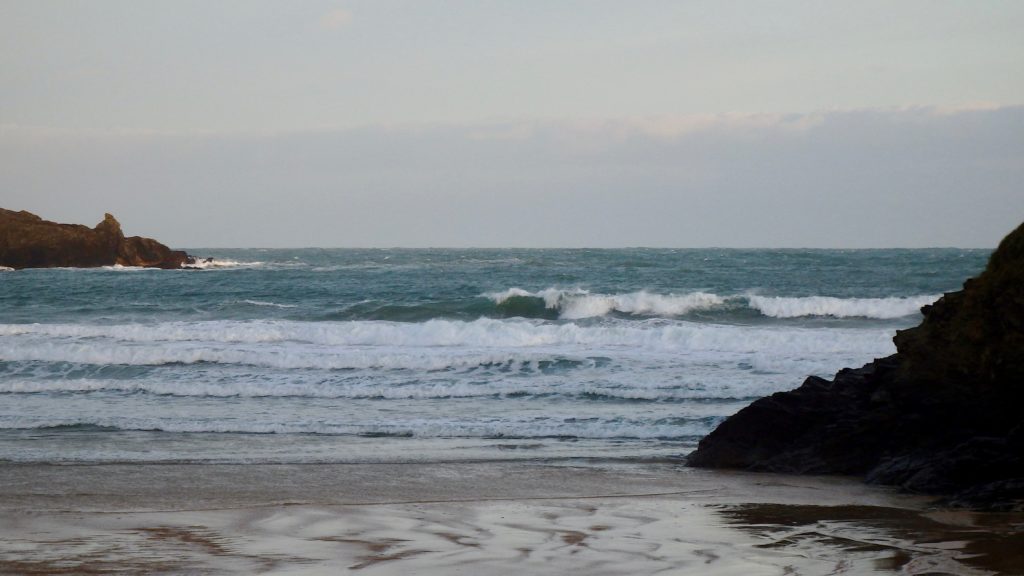 The whole coastline is likely to be bombarded by huge storm surf all day long today!
Howling, storm force winds and monster waves are going to be entertaining us today but there won’t be anything less than life threatening anywhere locally.
Apart from those odd little spots that are tucked away further up the coast that is!
Or Wales?

Big, big surf and stormy winds are going to blast through again this weekend!
Saturday especially should be filled with huge and pounding surf, coinciding with some big Spring tides too. Add those storm force onshore winds and you have the makings of some big and dangerous conditions, so take it easy even if you’re just storm watching. Those waves should be powerful and will run a long way along the shore with enough power to drag you a long way out of your way if you’re not careful!
Those stormy conditions should ease through Sunday, a fresh westerly wind steadily blowing onshore as the surf halves in size and then halves again.
So to get some clean and surfable, non life threatening waves to surf you will probably have to travel, seeking out those tucked away mist spots that only break in the very biggest of conditions and can handle those storm force winds.
There are a couple of localist spots that should be lighting up but it depends on how strong that wind is and how long it lasts.
Have a great weekend wherever you are and whatever you’re doing but take it easy out there too!