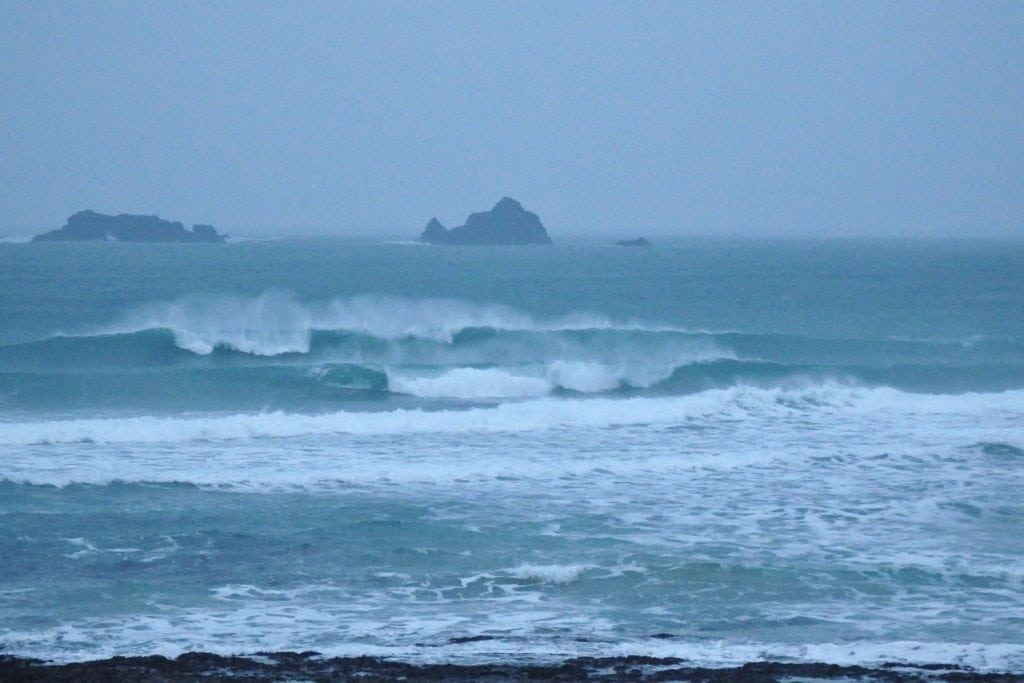 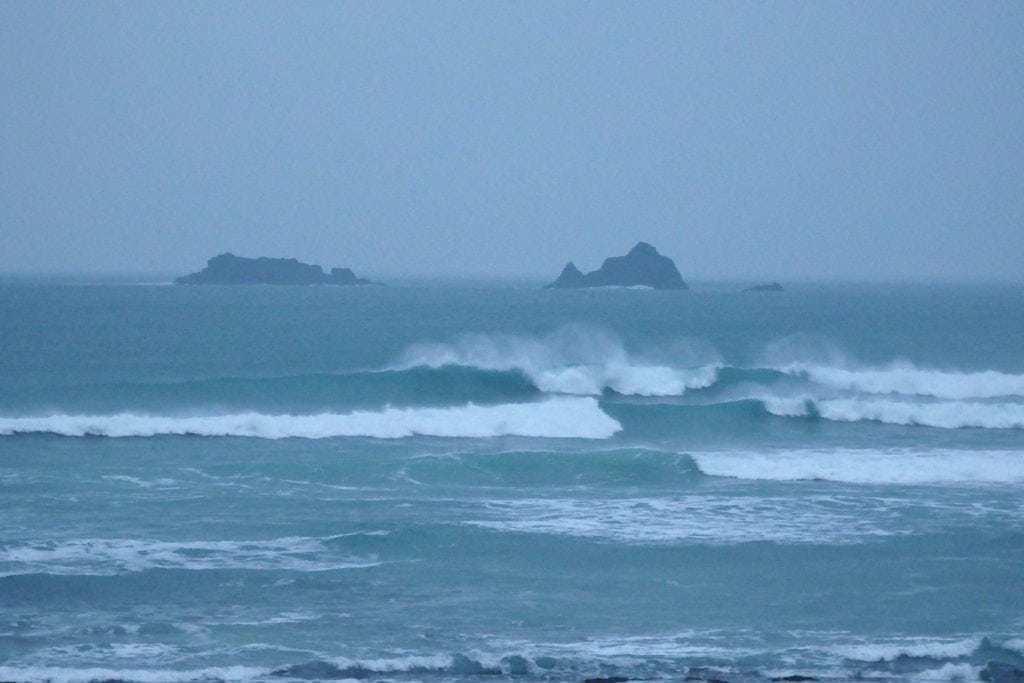 A grey and murky, windswept but kind of mild morning is waiting this morning a strong south easterly buffeting over the dunes.
And the surf is pumping again!
Four to five feet and bigger, offshore hollowed and powerful looking waves, all ribbed and frothed by those stronger gusts are exploding into the bay, a dreary sky but exciting sea view.
The wind is forecast to ease as we go through the day but it might also veer onshore later this afternoon too, hopefully not until dark but it could be sooner.
In the meantime; #gosurfnow ! 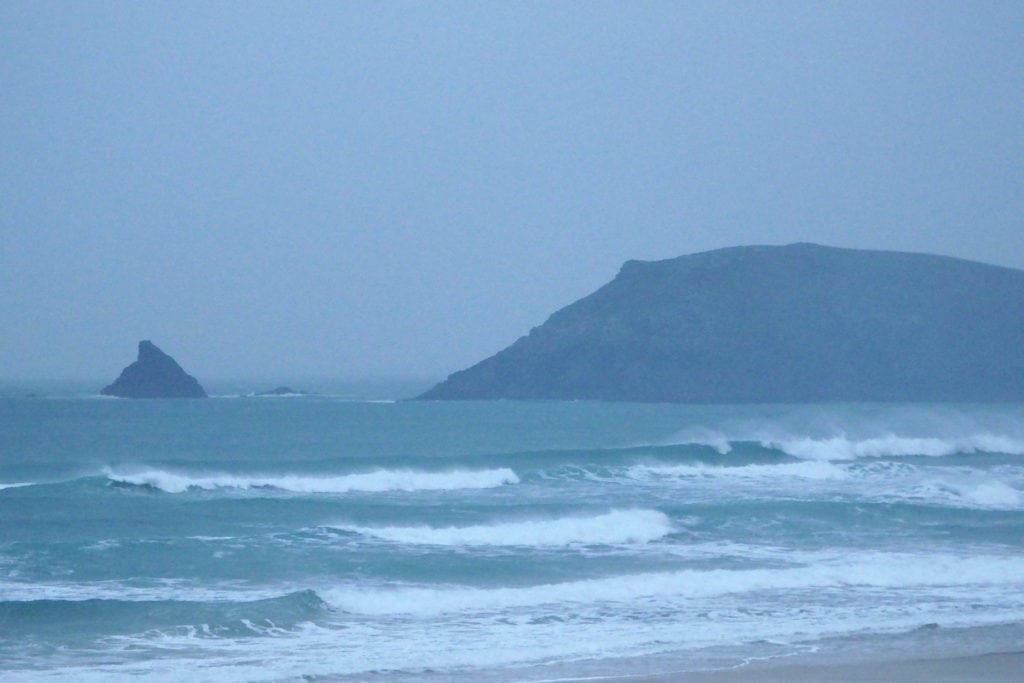 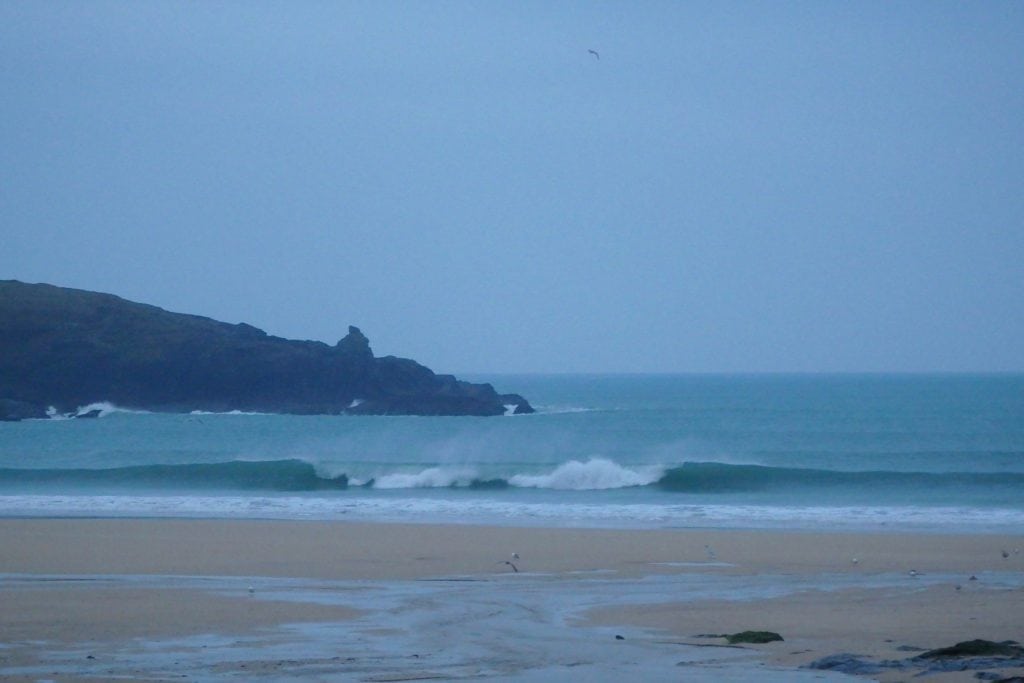 A couple of feet or more of smooth faced and snappy waves are crashing to the sand, a lot of those waves closing out across the beach but that’s Harlyn, especially at half tide on the drop.
It will be better on this afternoon’s incoming tide, probably a fun three feet and offshore smooth. 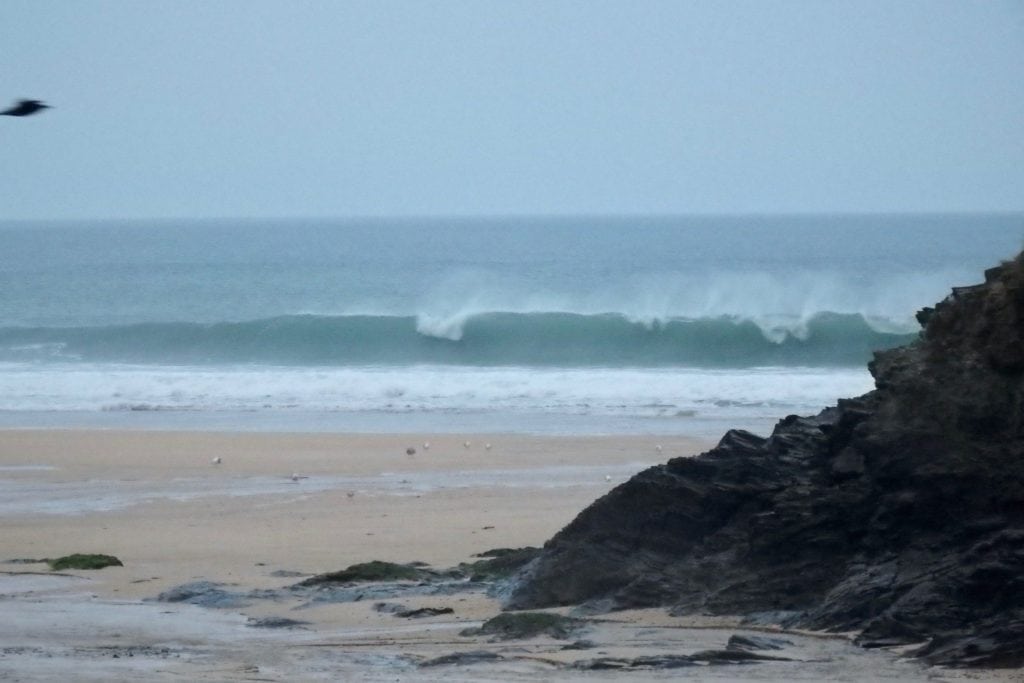 Westerly winds will be blowing ashore all day today, pushing and pulling that same, steady three feet plus of rolling surf.
We should see some brightness and it should be mild out of that wind but generally it’s probably going to be one of those gusty days when we’re all surfing a couple to three feet of ruffled and just a bit bumpy Harlyn.

Brisk winds are going to blow in hard through midweek, veering from the south east (offshore) to the south west (onshore at the main breaks, offshore at Harlyn).
But everything is likely to calm fairly quickly, leaving light and variable breezes to drift about through Friday.
A solid and steady four feet or so of swell should continue to push along the coast throughout the back half of the week and well into the weekend, hopefully lighting up Harlyn throughout Saturday and Sunday.
So, Friday, although eventually resorting to a slovenly slop at places other than Harlyn, should start out clean and fun with three to four feet or maybe even a little bigger of pretty good surf in those lightening offshore winds.
And then Harlyn vies for surf destination of choice for the weekend!
Have a great week, wherever you are and whatever you’re doing!