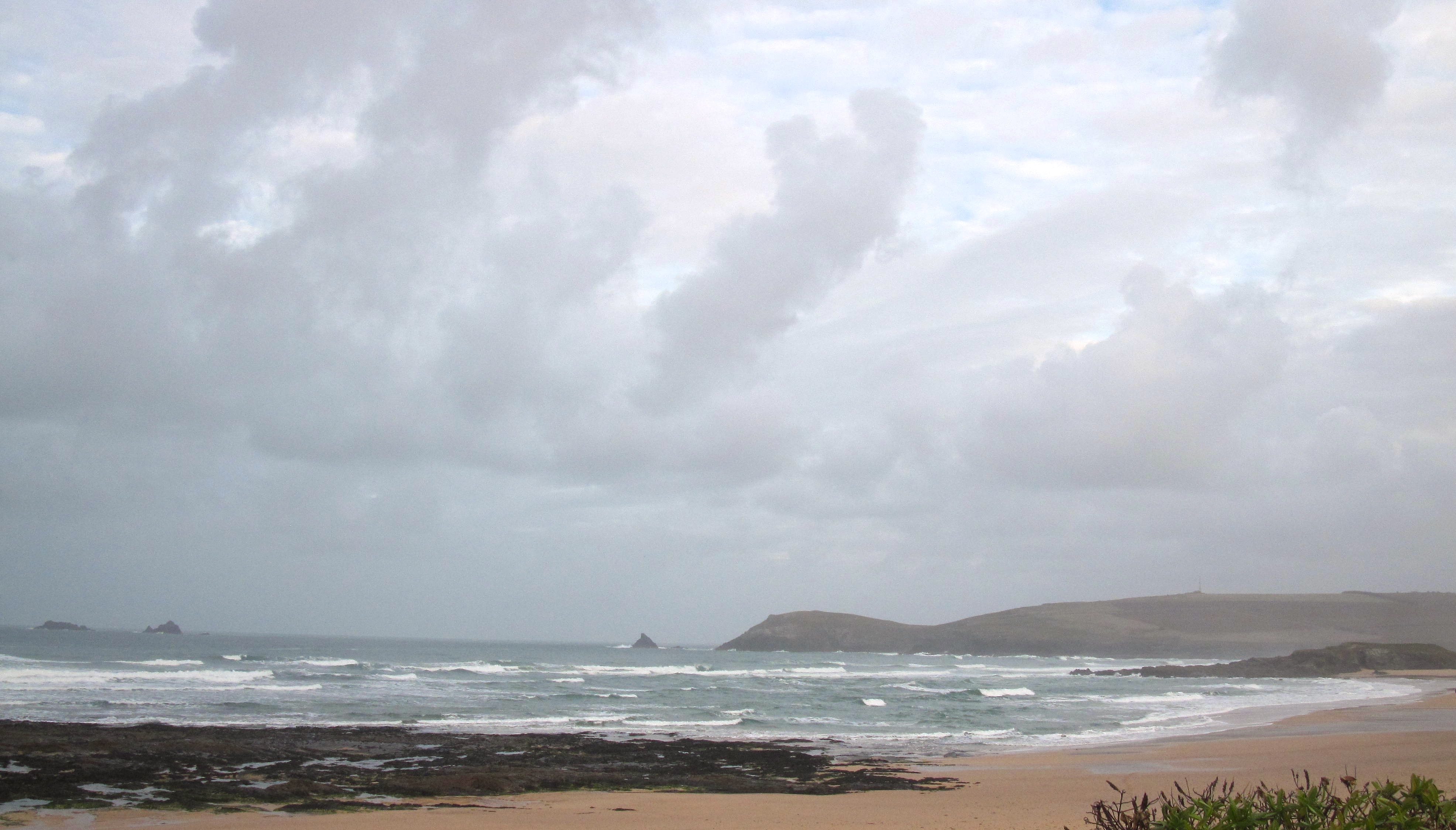 A bit of a dull day is unveiling itself around us this morning, that uniform silver-grey sky stretching above us forever.
But the wind has calmed and heaved itself around to the south west, more southerly than we had hoped for and so making us wonder whether we might see it completely veer offshore, south easterly, yet?
There is barely a breeze but it is still having an effect, making for lumpy and washy conditions.
The surf isn’t that big either, although it is probably a little deceptive too. It looks like a foot or two but I bet that when you’re out there it will be more three feet and bigger.
So, it’s not great but there is the chance that it might just improve through the afternoon.
I wouldn’t be surprised to see some really good surf through late afternoon, the forecasts are suddenly showing bit of a wind shift to the south east, offshore at the main breaks!
Make the most of it if you can though because it is likely to be a brief thing!
Both the wind and the surf are going to strengthen soon enough.

If you are around this weekend then it might be worth calling in to see us!
We have received lots of new deliveries and are unloading Patagonia and Captain Fin Co, O & E, FCS, Futures and all sorts of everything from surfboards and wetsuits to environmentally considered clothing and accessories and hardware.
And we still have a good few bargain wetsuits to clear to make space for all the new stuff!  There’s £50 off many wetsuits and some are HALF PRICE! 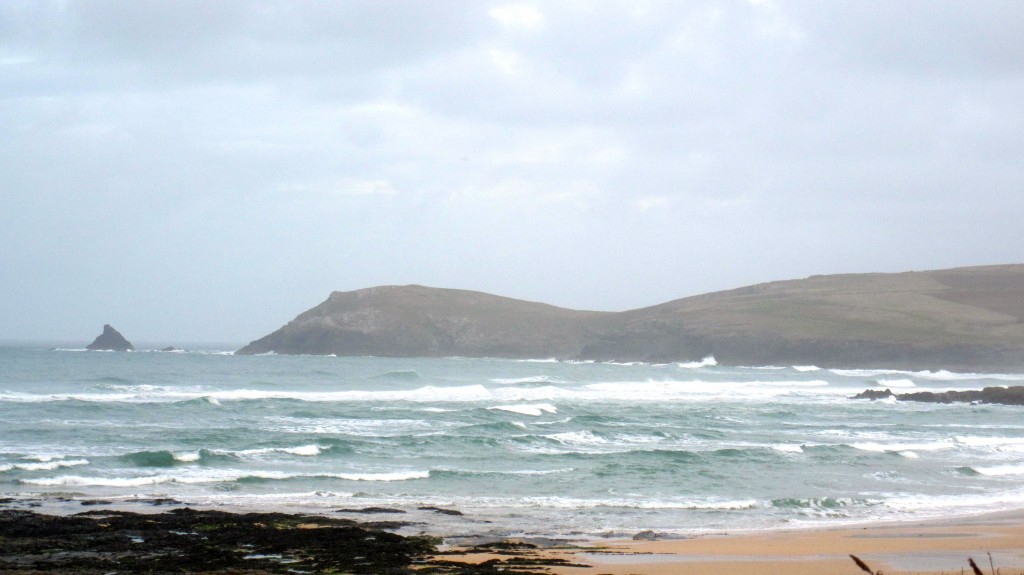 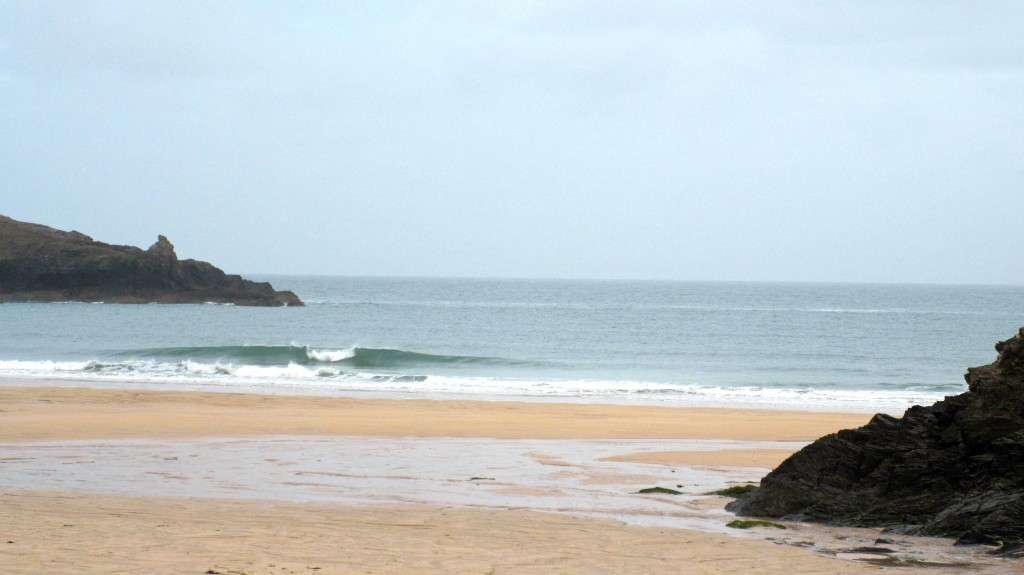 The breeze is straight offshore here this morning, it’s just a shame that the waves are so small.
There is a foot or maybe occasionally two of sheet glass surf rattling its way to the beach, quite crisp and smart but pretty small.
The forecasts are showing a build in the swell but whether that will happen before tonight, we’ll have to wait and see.
In the meantime it is going to be a choice between bigger but sloppier waves over the other side of the headland or much cleaner but also much smaller surf here. The other side might just clean up this afternoon too! 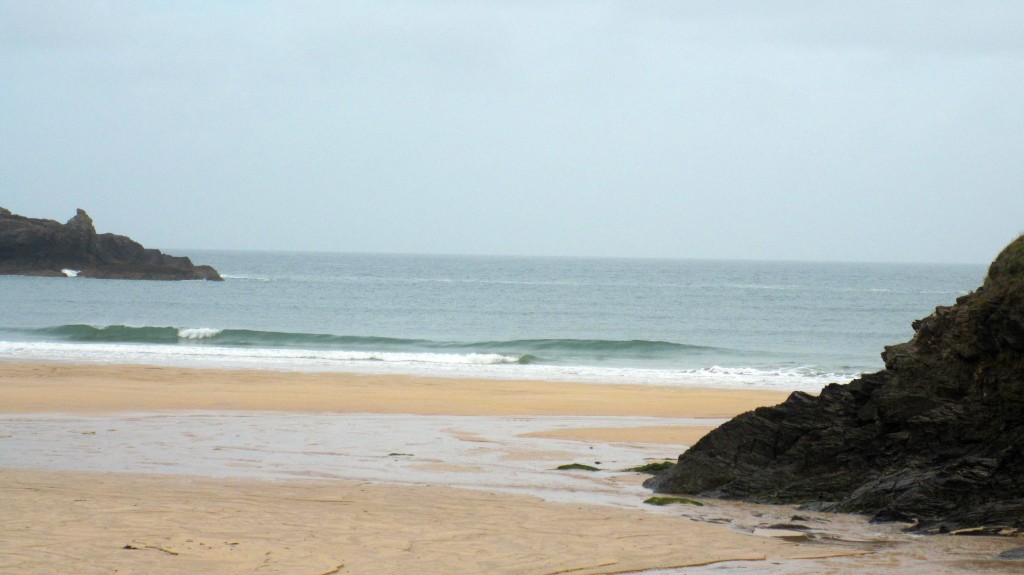 Harlyn is likely to come into its own today, a building swell with strong south westerly winds are expected overnight, the perfect recipe for a hectic day at Harlyn.
The kids are out of school for the Easter break and so it’s likely to be a bit busy too!
But otherwise we should be seeing a solid, if a little windblown swell pushing three to four foot surf into Harlyn Bay all day long, that wind blowing hard but mainly offshore here.
Yep, a typical Harlyn day of growling surf awaits.

We are likely to be in for a bit of a stormy weekend this weekend but with loads of surf and that wind is finally veering away from those cold and annoying north westerlies and settling to the south west bringing milder but damper, more swell-supporting winds our way.
By Friday the wind should have switched to the west, maybe just about south westerly in the morning. And that would give Harlyn the opportunity to shine, if the swell is big enough. The forecasts are showing a little kink in the isobars for Friday afternoon which might just indicate that the wind could swing to the south east for a few hours, offshore at our favourite breaks.
We should have a fun couple of feet or so at Harlyn throughout most of Friday hopefully.
And that is going to set the weekend up.
Six foot plus swells are going to be building, getting bigger all through the weekend, the winds blowing in from the west, veering between north westerly (Boo!) and the south westerly (Yay!).
So it is going to be weekend of jumping about in an effort to find the best waves. The south coast will have moments of greatness but so will some of the north coast’s sheltered spots!
But there will be waves, sometimes getting real big and so it is going to be a case of watching and waiting and then getting to the right place at the right time to get the very best out of it all.
Have a great week, wherever you are and whatever you’re doing!