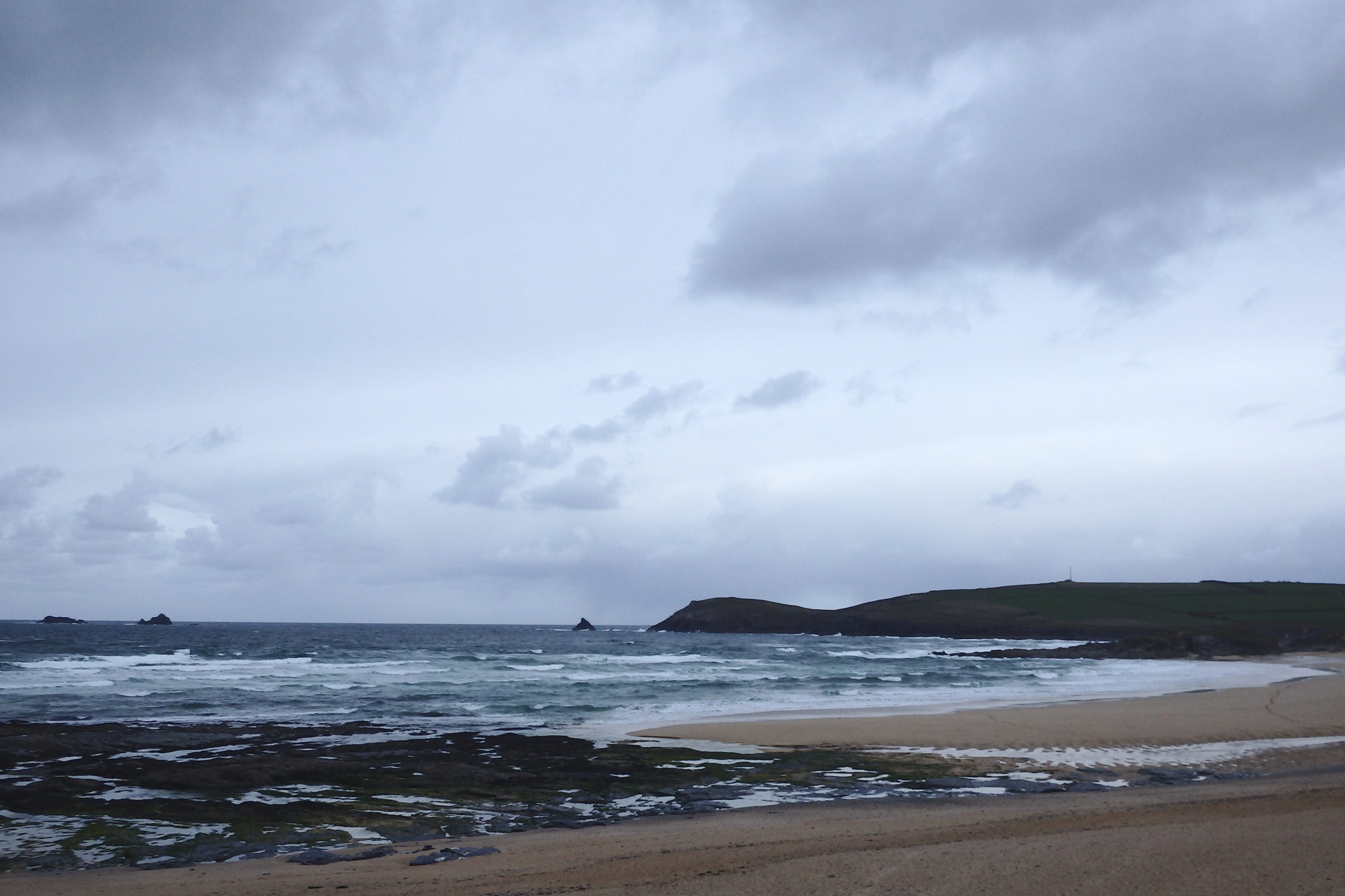 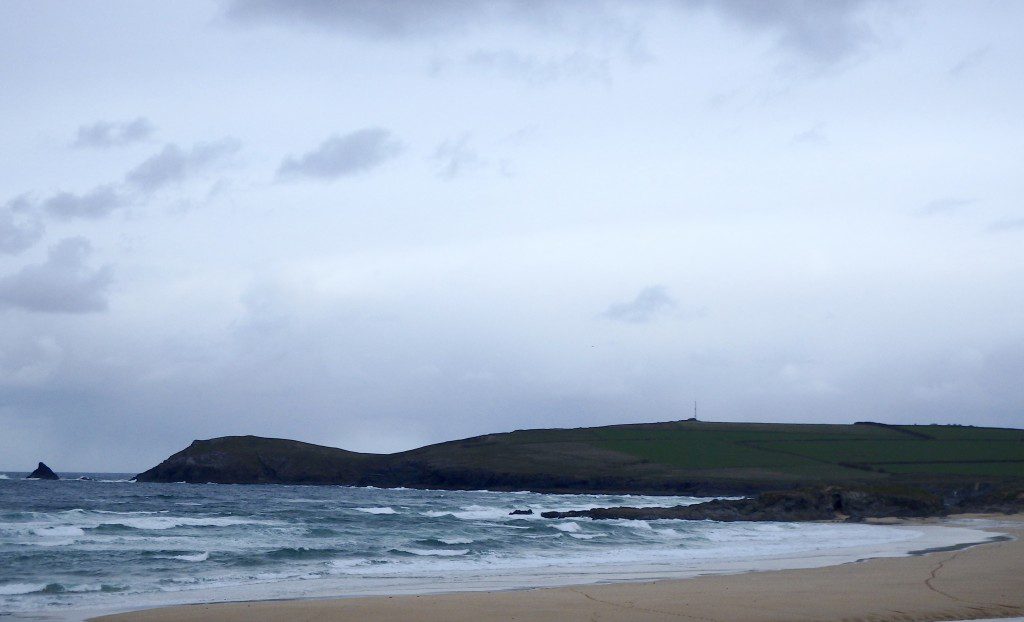 There’s a definite Winter feel to this grey and windy Spring morning, the wind whistling in more from the west than the last few day but still with that biting chill to it.
That bank of grey and dank cloud is gradually shuffling along to bother others while something just a little brighter is starting to replace it. But that’s not helping the surf any!
A couple to three feet of wind-broken and washed out and choppy surf is bothering the tideline this morning, nothing worth a second look but maybe just a bit bigger than it has been.
If the swell continues to build and if the wind continues its journey to the south west then Harlyn might, just might, have something worth paddling out in later but right now and right here there’s no surf to be bothered with at all. 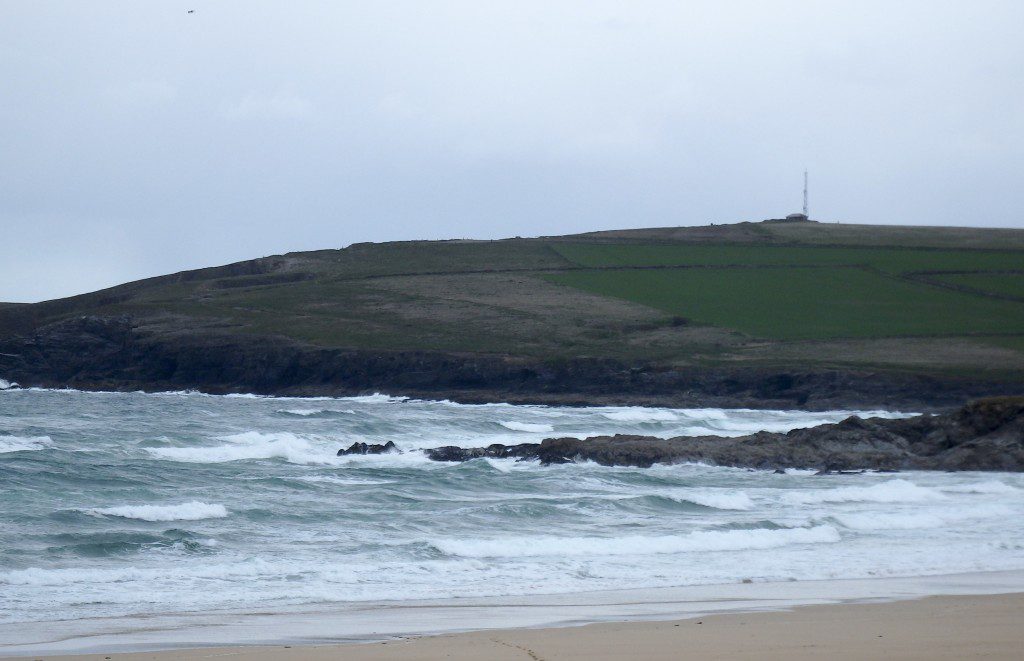 Barely a foot or so of broken and choppy surf is managing to travel around to the bay here this morning, the wind still too westerly and still too strong to be kind to it in any way.
The forecasts are showing a slow increase in swell size through the day along with a gradual swing in the wind direction to south westerly, offshore here as the weather eventually brightens.
The tides are against that, pulling against those little waves through most of the day and so it might be much later on this evening before we see anything worth a surf but it should happen. Eventually! 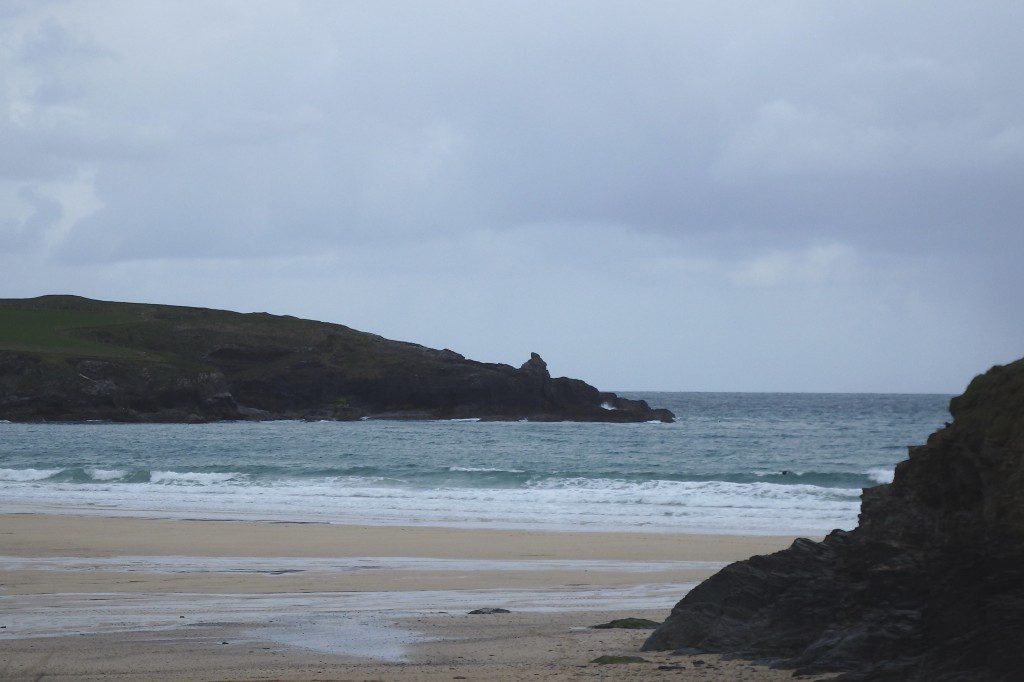 The one to two feet of close-fetch windswell is still going to be bothered by more fresh onshore, north westerly winds bringing that cold air down from up there.
It should be a bright and cheery enough day but the surf is likely to be junked out again!

That cold northerly wind has been dominating much of this week, chopping up the tiny windswell of the last how long!
And there’s no sign of any immediate change for the weekend.
There is a depression moving up and across the atlantic which should send some waves our way eventually but there is also that one moving around up north and creating these annoying winds.
So, Saturday is likely to be a chilly but sunny day with only small and wind chopped waves washing along our coast. Our best hope is that the wind eases back through the day as it shifts more to the west, at least allowing the surf to clean up a little bit!
Sunday should see the wind shift to the south west and so should help to push through that newly building swell. And, if it gets big enough quickly enough then we might just be enjoying a couple of feet of offshore shaped Harlyn by Sunday afternoon.
That should continue well into Bank Holiday Morning, with a half decent couple of feet of offshore Harlyn surf to play in before visiting May Day in Padstow. Which might be little bit damp here and there!
Have a great weekend, wherever you are and whatever you’re doing!