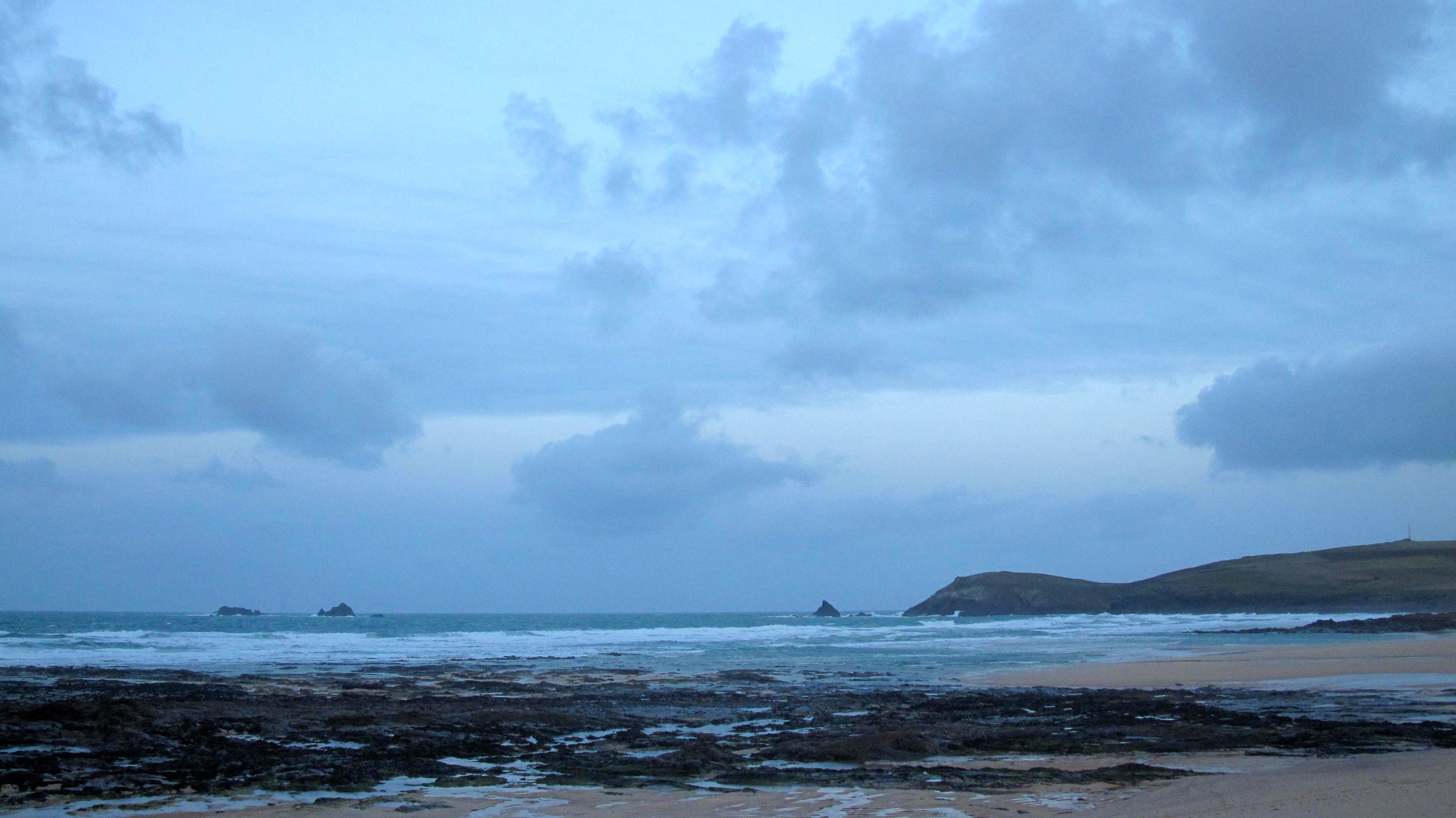 It’s a bit of a breezy and chilly start to the new year out there, a brisk nor’ westerly wind shuffling across the headland, churning the three to four feet of broken surf.
But it’s dry and bright enough and getting brighter, those silver and blue ribbons of cloud going the horizons, a regular winter’s day.
The surf is junk, mainly three feet but with bigger lumps of slop flopping onto the beach.
It’s not great, in fact it’s probably worth giving it a miss here today!
And I don’t know whether it will be big enough for the south coast, which will be the only place to have clean conditions. 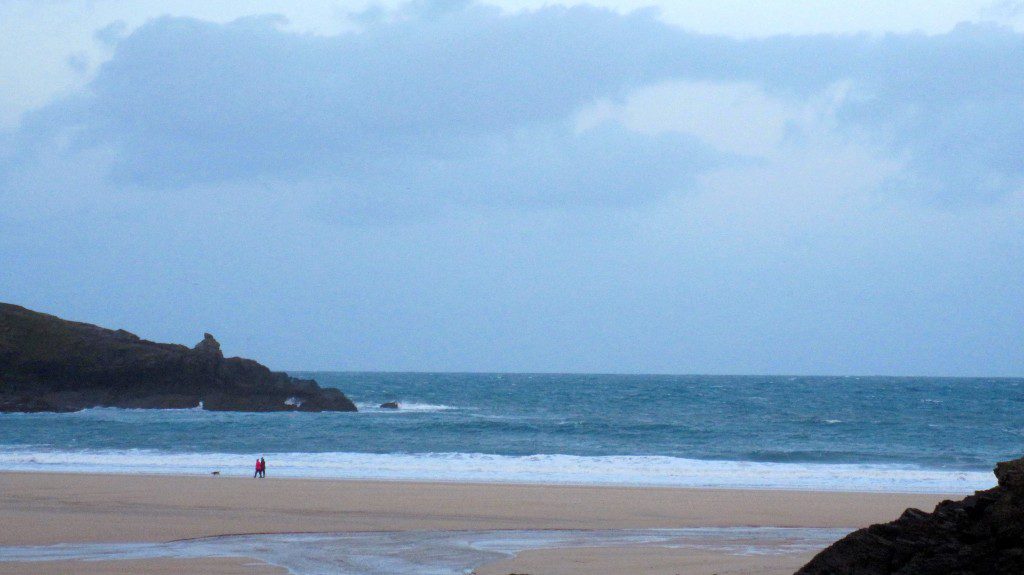 That north westerly wind is blowing onshore here today as well, making a mess of the couple to three feet of mixed up and sloppy surf. It’s bright enough and cheery enough but the surf is junked out and that wind has a bite to it.
It doesn’t look fun but then it is an hour or two off low tide on the drop, it could become much better as the tide rises through midday, especially if the wind eases, as is forecast.
Harlyn can be fun when it’s onshore, especially closer to higher tide.
Yep, it could be worth a little look later, especially if that wind does calm!

It’s looking like a Harlyn kind of day with a five foot swell expected to be rolling our way along with a steady westerly, slowly backing south westerly wind pushing it all along.
There should be no need to rush in early, the tides are going to improve things and the wind strength should decrease through the afternoon again as well.
Early afternoon should be the go and it should be proper three foot Harlyn.
Maybe.

Hopefully you should be well recovered from the festive celebrations and ready for a weekend of fairly windswept but okay surf.
Harlyn is going to be the centre of our attention for most of the weekend, Saturday afternoon likely being a very typical three to four feet kind of day, the wind lightening as the tide rises through the afternoon.
Sunday is looking really promising, that same five foot swell rolling along the coast but the wind should be very light, especially first thing hopefully slipping to the south east, offshore at our main surf breaks.
It could just be a very, very good day of clean and fun, solid surf.
It should also be a bright and cheery, bright winter’s day.
Have a great weekend, wherever you are and whatever you’re doing!