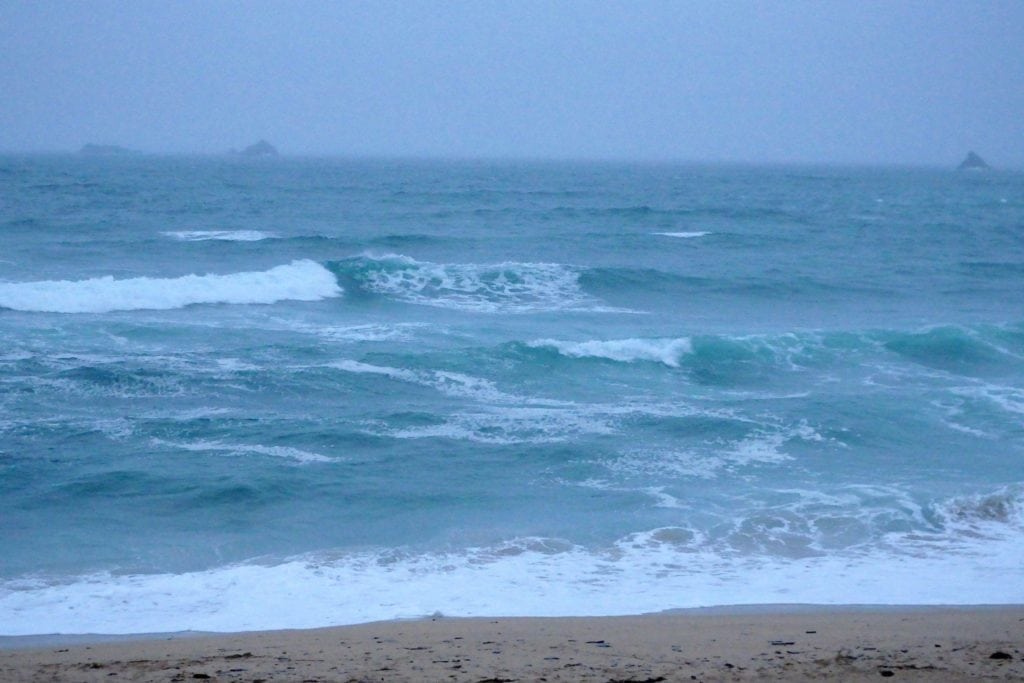 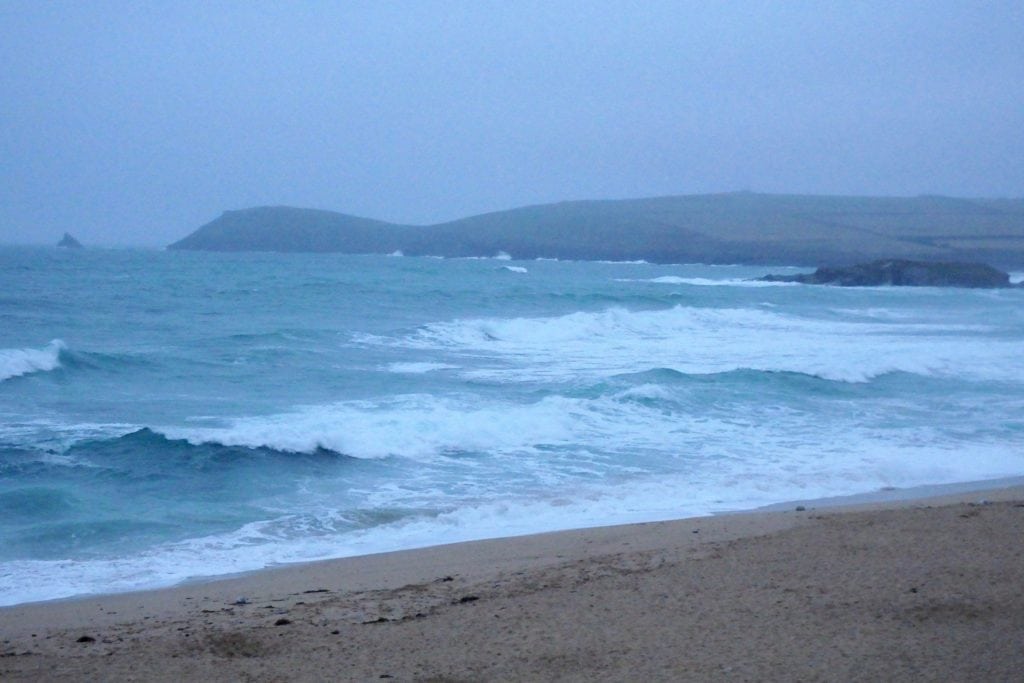 Autumn is knocking on our weather door, the mild south westerly wind unable to shift the murk and mizzle of a damp and bleak, dreary morning.
The surf is a chopped out mess with three feet or so of lumpy junk surf drunkenly slopping onto the sand.
It’s likely to be this afternoon before it all brightens up, probably just when the wind veers to the north west, an even less promising direction as far as the quality of surf is expected.
Let’s have look at Harlyn……… 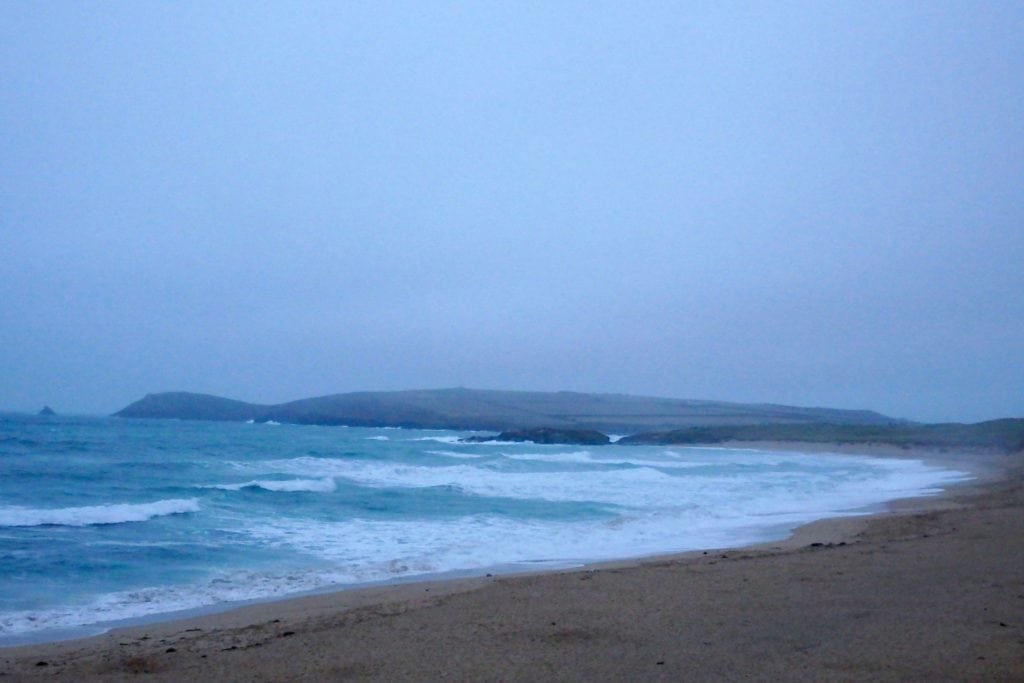 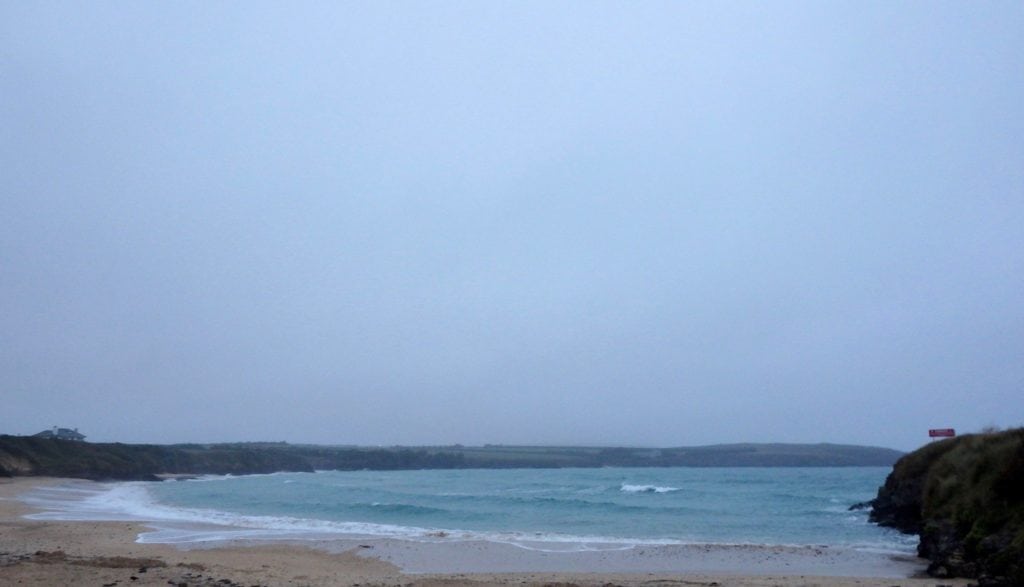 A couple of feet or so of weak looking little waves are washing along the high tide sandbank, the faltering sou’ westerly wind just about providing some worthwhile support to those little waves.
Yep, it’s a murky and dull, mizzly old day but those little waves should sharpen up as the tide eases itself out through the morning.
It should be worth a wet if you have little else to do today! 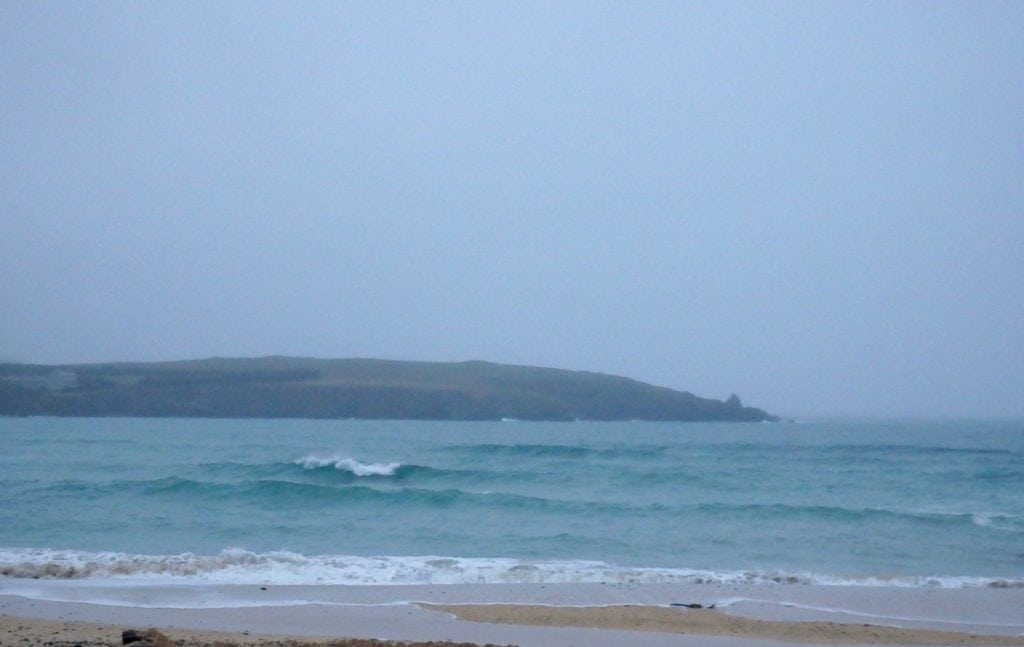 Freshening south westerly winds are going to be blowing a growing swell our way, a solid and thick secondary swell rolling our way amongst it all as well.
And so those waves are going top be piling in with sets of waves surprising us all with big, big gaps between them.
It’s looking like a thick and heavy, meaty Harlyn day for most of us!

These onshore winds seem set to plague us right into the weekend, staying mainly south westerly up until Sunday before switching more to the north west. But along with those winds there should be a building swell pushing quite hard into our bays and coves and maybe just keeping enough shape to be good at one or two breaks.
So Saturday is looking like a typical Harlyn day with some three to four foot swells rolling around the headland before exploding onto the sand, a mid-teens wave-period indicating this swell’s power.
There should still be plenty of swell around for Sunday but the wind looks as though it could just ruin the shape at most breaks along this coast. Whether it will be big enough to get some surf around to the far coast, we’ll have to wait and see!
In the meantime, there’s plenty of swell, the wether’s pretty reasonable and the wind isn’t too unfriendly!
Oh, and next week is starting to look stunning!
Have a great weekend, wherever you are and whatever you’re doing!