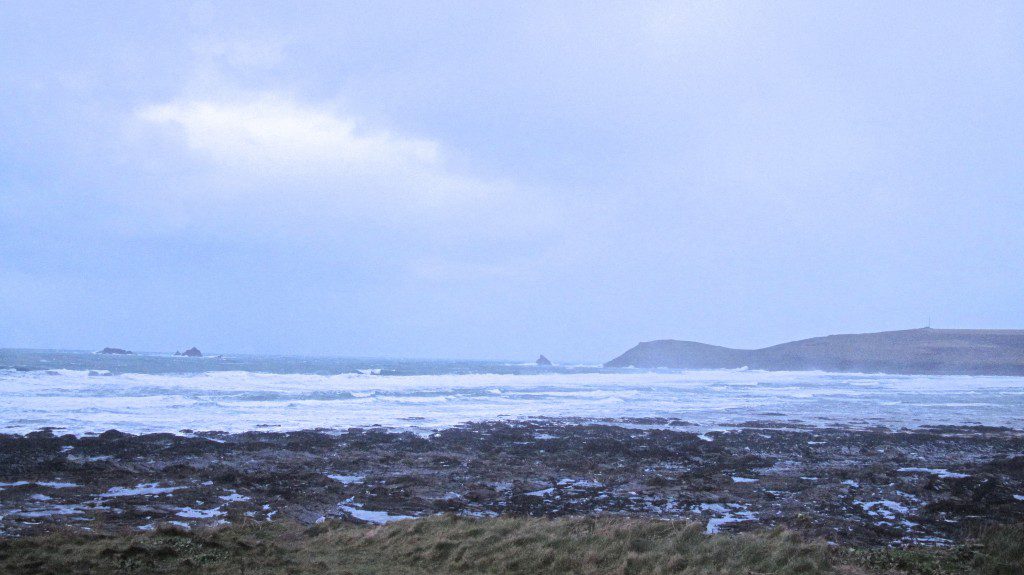 It’s big, bad and blowing a massive hooley out there this morning, sheet rain lashing the already bedraggled coastline as freezing winds stir those broken waves.
Winter’s dark mood is definitely showing this morning, a fury of wild surf moaning and groaning in the bay, the horizon blurred as rain squalls merge sky and sea.
You don’t want to be wandering too close to it this morning, there’s something mean in that sea’s mood right now.
So all eyes are scanning south again, that drive hopefully being rewarded by clean and powerful waves on the far coast.
It was okay yesterday and might just be a bit more okay today – if you pick the right place. At the right time! 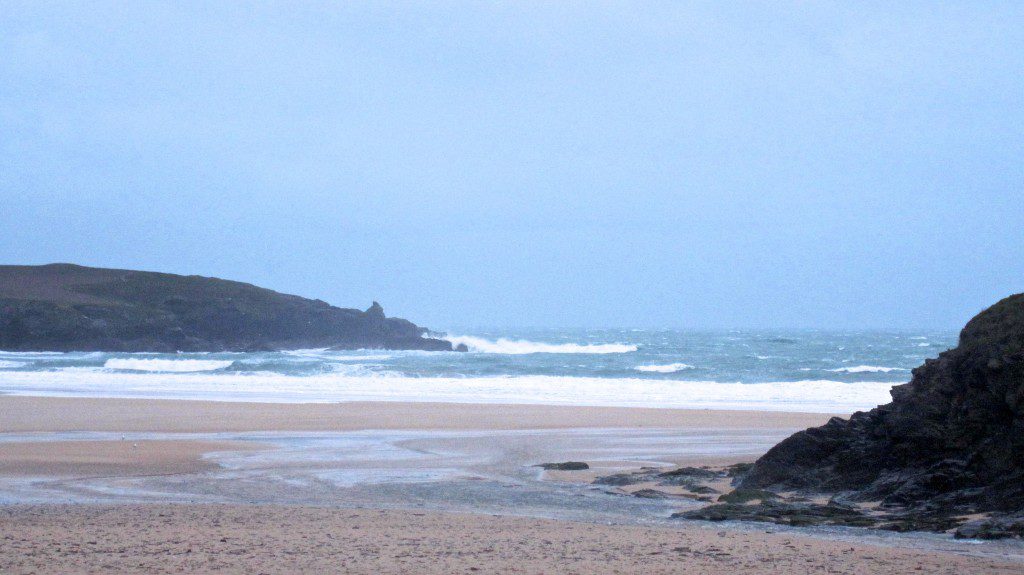 This dark and broody storm is lumbering around here this morning as well, the grey, mean looking and mixed up sea gouging the sand as low tide approaches.
The shore break is pretty intense, not that big really but big enough and very definitely heavy enough to make you wonder.
There’s no real surf here today, it’s just a mixed up mess of broken waves and jumbled swells.
It’s the south coast if you want to surf today! 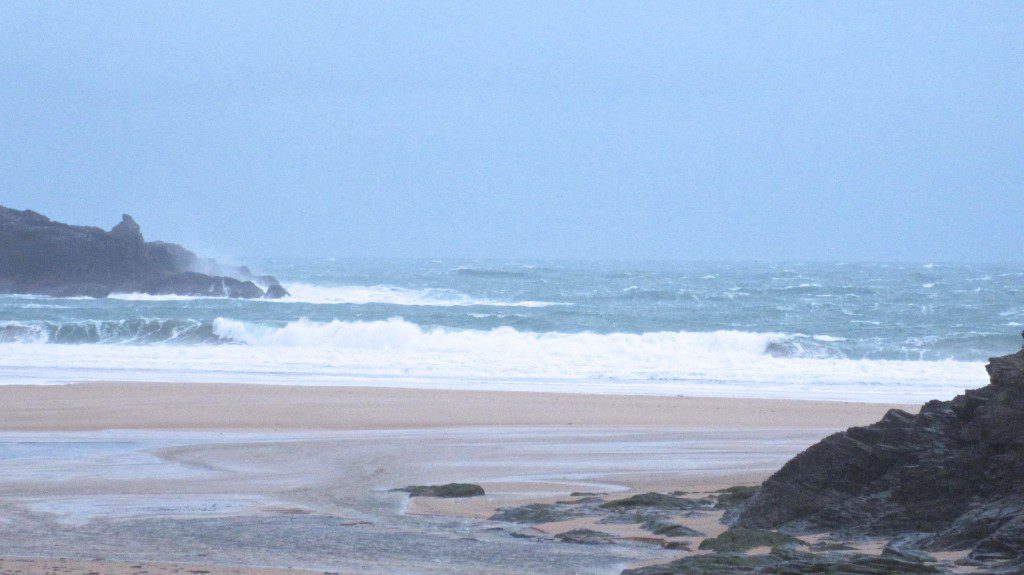 And on it still goes, a deja vu surfscape yet again, again.
Those wild and woolly waves are still going to be chased into the bays by that screeching wind, maybe not as dramatically as yesterday but it is still going to be a mixed up mess of choppy seas. And those choppy seas are likely to be bigger than they have been all week, the energy of those storms transferring to the ocean swell.
The south coast is the only option for something cleaner, more organised and safer.

More storms yet are still galloping their way to us with storm force winds and mountainous seas bearing down on us for the whole weekend.
The whole coastline is going to be battered through this weekend, those howling north westerly winds sandblasting anything in their way while making for dangerous conditions out to sea.
The surf is increasing in size as the wind strength increases, blowing all the way through the weekend, those mountainous seas and stormy conditions driving the keenest surfers down to the south coast in search of shelter and some relative calmness.
Keep those hatches battened, it is still a little way until Spring!
But also have a great weekend, wherever you are and whatever you’re doing!