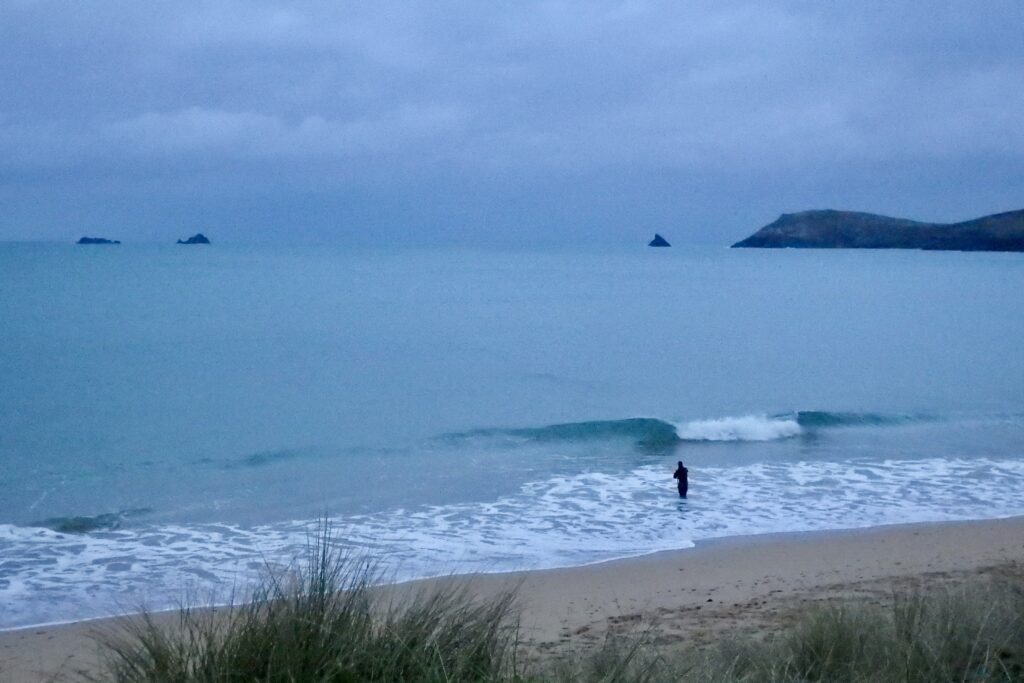 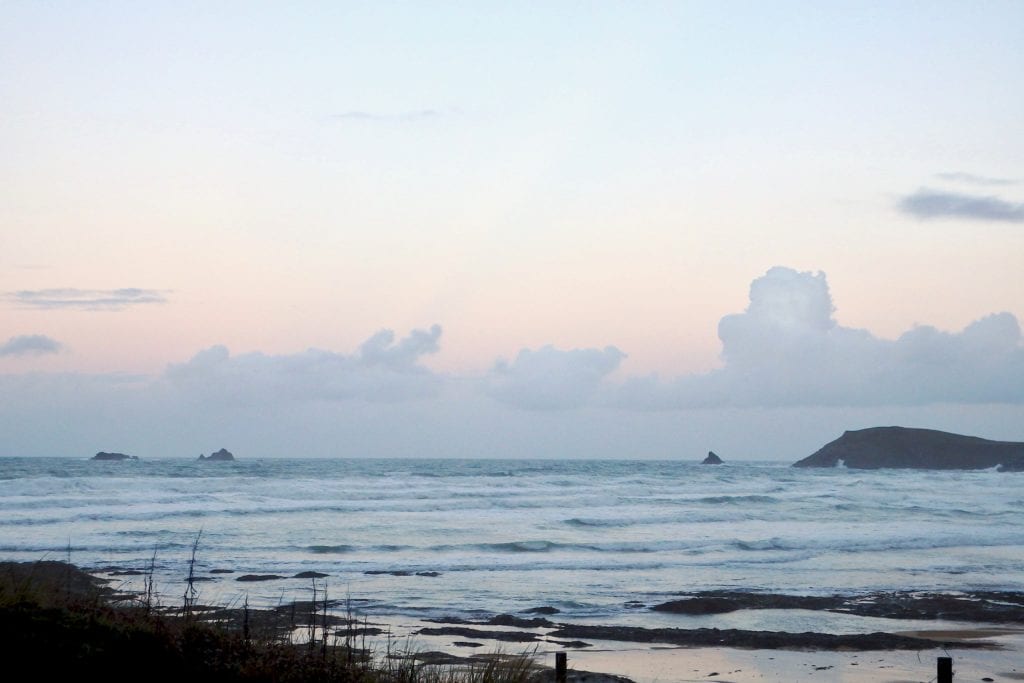 The wind has eased this morning, there is still a steady westerly gusting across those rain sodden fields but nothing like yesterday’s blow.  And there are gaps between those fast moving showers too, patchwork patches of blue fleeting by to make us smile.
The surf is still blown to pieces though, those big, grey lumps rolling in at less than half the size of yesterday, still big enough to interest but still blown raggedy by the wind too. 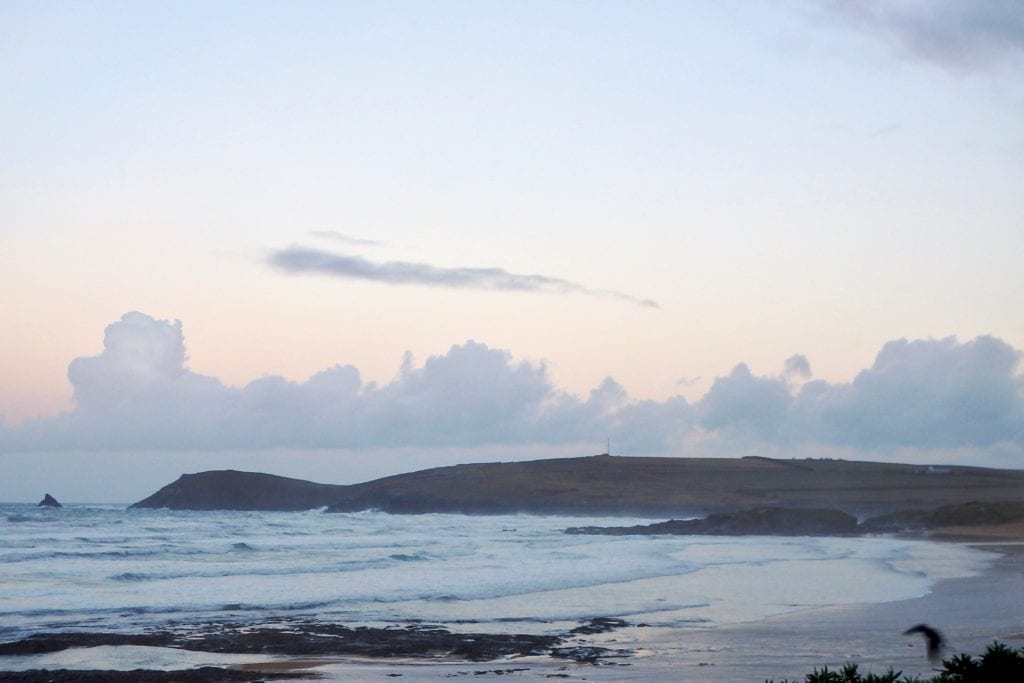 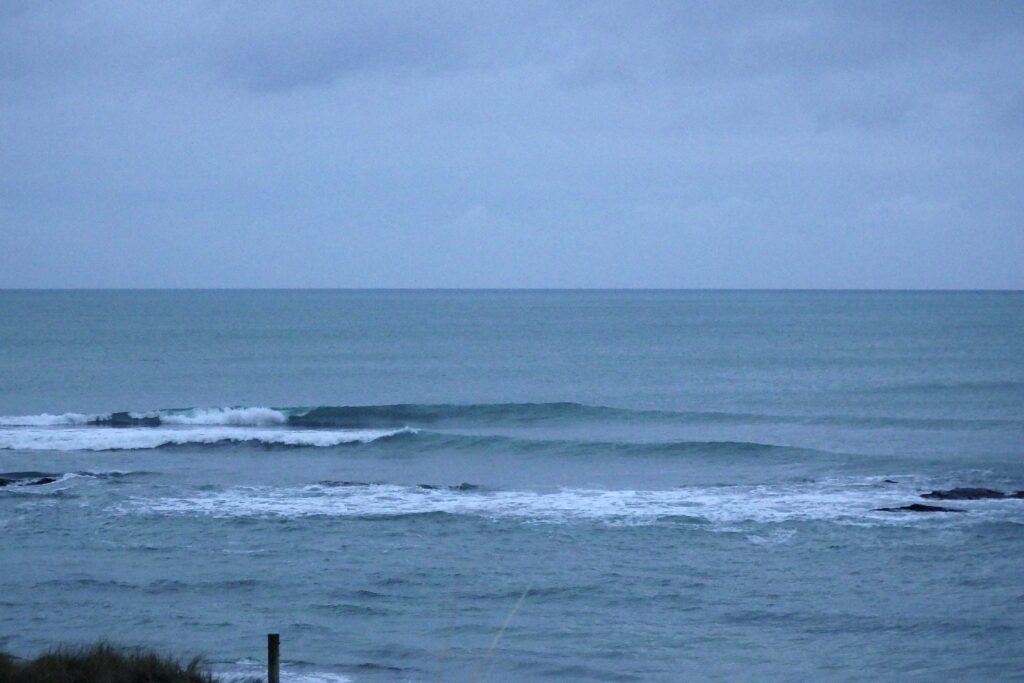 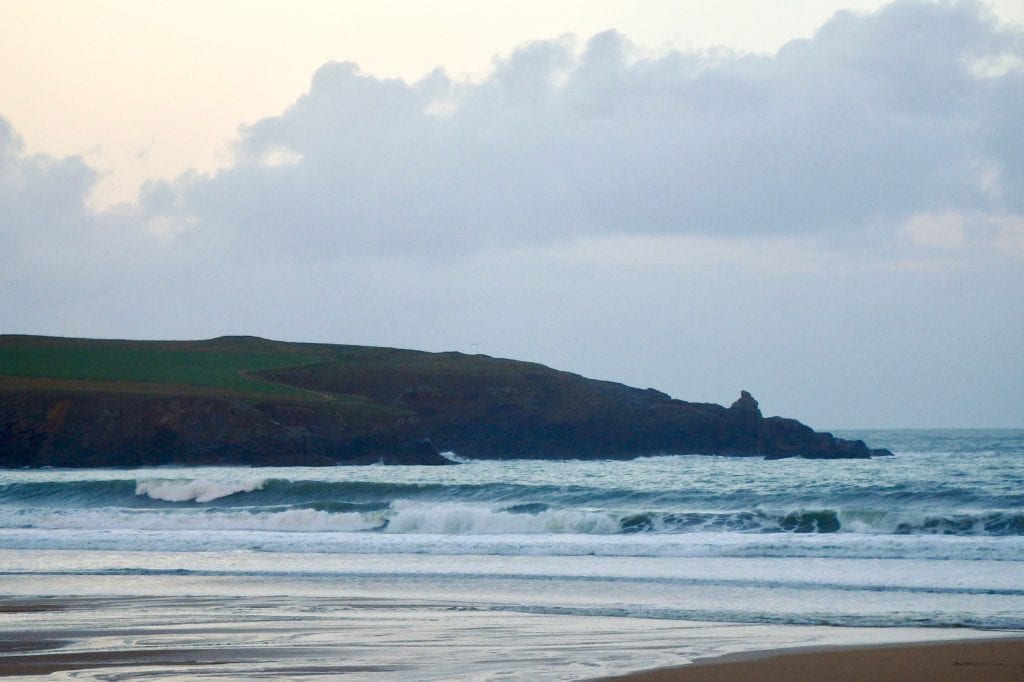 The wind has dropped loads but it is still fresh enough and westerly enough to bump and lump the three feet or so of surf that is swinging into Harlyn this morning.
Those short lasting rain squalls are driving across the bay, steadily pressure washing away the last remnants of Summer’s detritus, starting Harlyn’s own winter refurb.
Meanwhile sets of three foot waves bounce off the headlands to produce the odd clean wall to tempt you in.
It should improve as the day goes on. 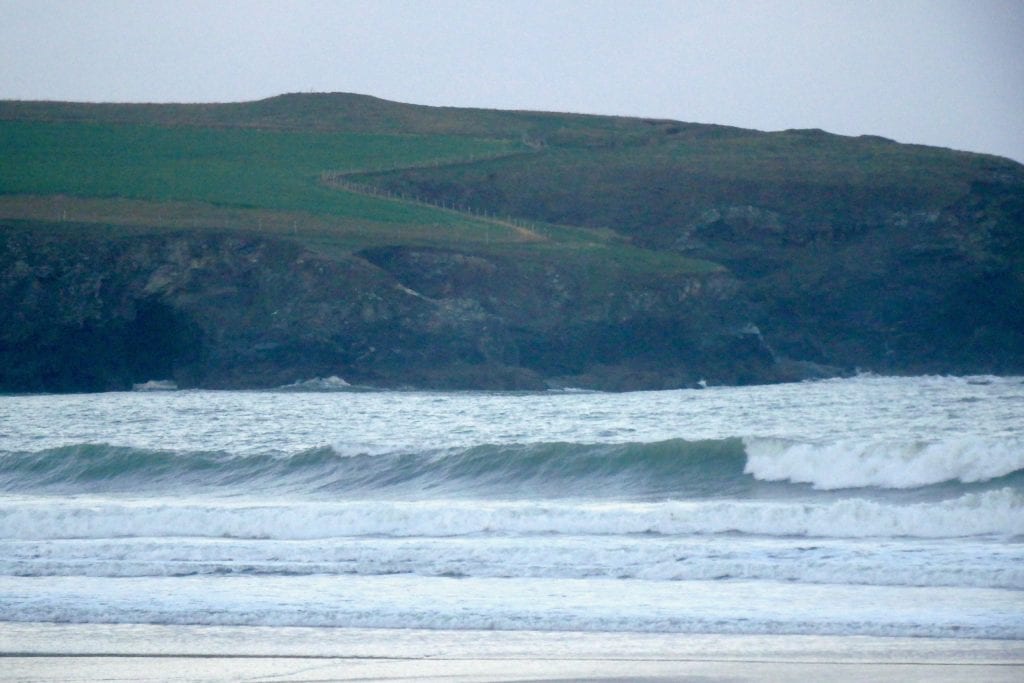 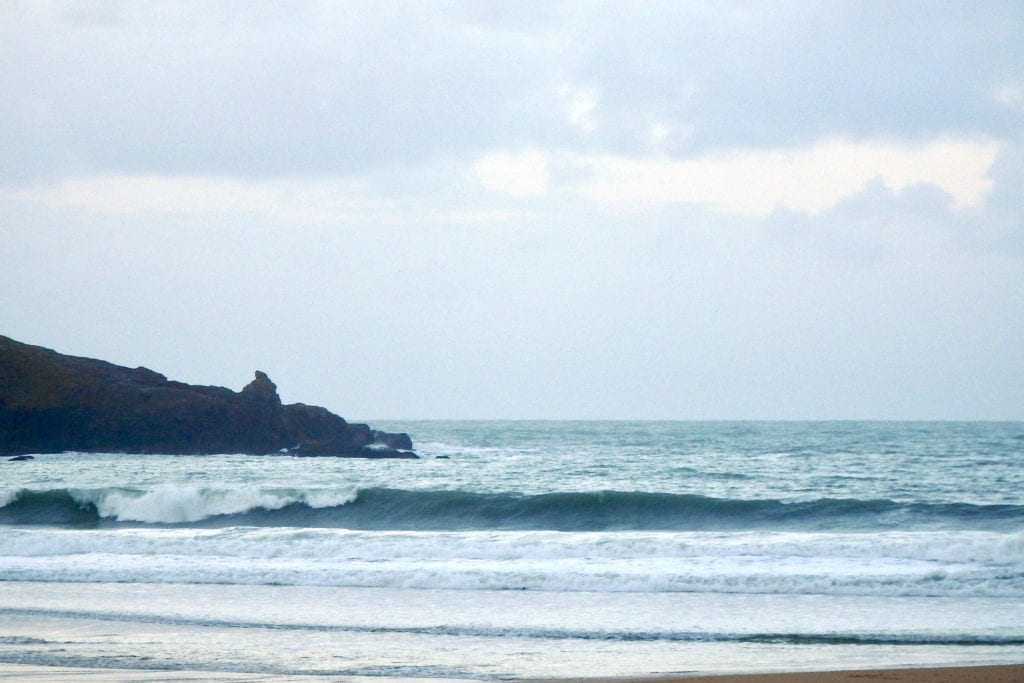 The same brisk west sou’ westerly wind will continue to blow through today, the swell easing down in size just a wee bit again.
Two to three foot Harlyn is probably going to be as much as we can hope for locally today but it should be fun enough, in between the showers!

A fairly typical winter’s Harlyn weekend is waiting for us this weekend, the wind calming to a steady blow, mainly from the south west, veering back and for between west south westerly, direct westerly (more Saturday afternoon) and back to straight south westerly for Sunday afternoon.
Saturday morning and Sunday afternoon should see the best of Harlyn with a still big enough swell running up the coast, more eight feet than six, strengthening and getting bigger again through Sunday, before getting really big as we launch into the first week of Advent.
With mid-teens air temperatures and plenty of dampness around, those blustery conditions are going to be flinging waves into all the nooks and crannies that this coast has hidden away, so with just a little local knowledge you should be able to find some great surf to play in!
Have a great weekend, wherever you are and whatever you’re doing!!