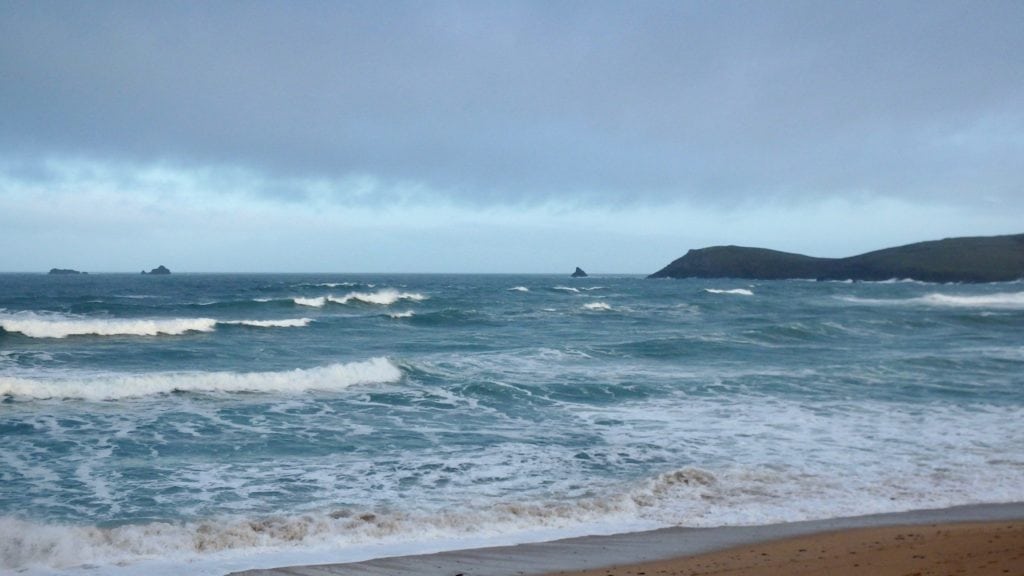 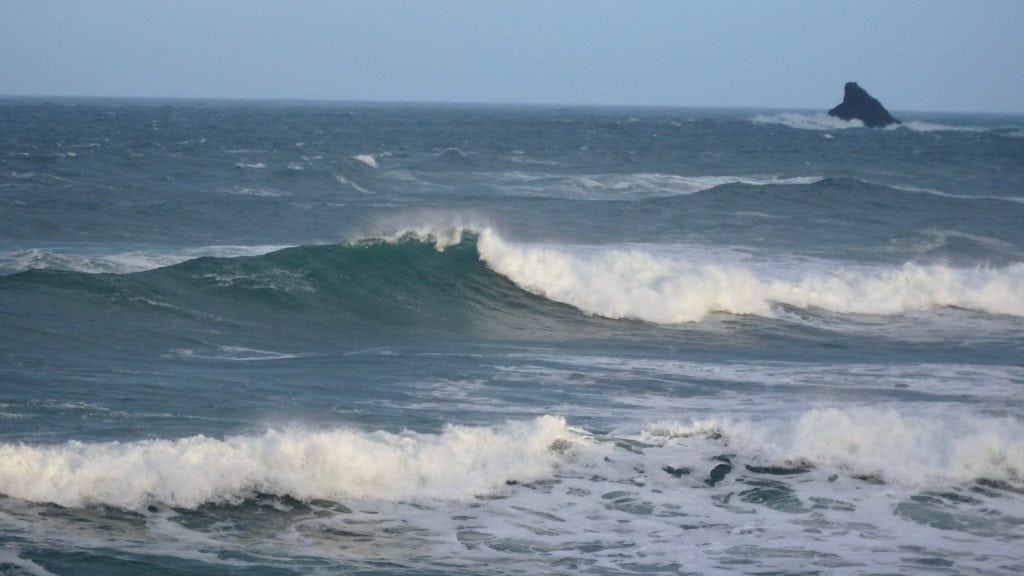 A brighter kind of day is gradually pushing its way through after last night’s downpours, a sky of blue spreading from the horizon.
The surf is powering through at four to six feet, the fresh sou’ westerly wind hurrying those tattered waves into the bay before thwacking them onto the high tide shore dump. It’s big and lumpy and unpredictable here this morning but almost tempting. Maybe as the tide drops out, especially if the wind eases at all – which it isn’t forecast to do but, you never know! 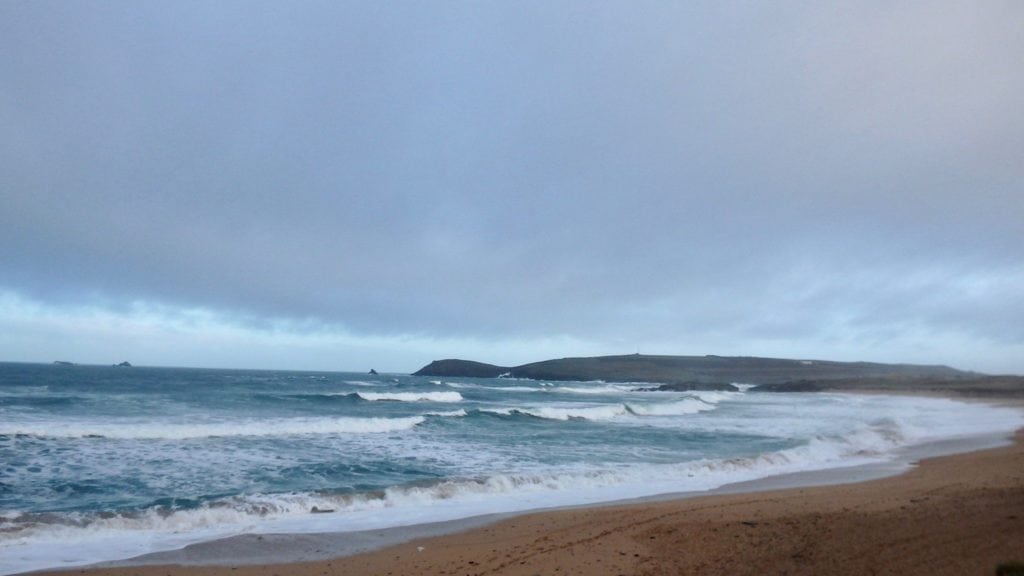 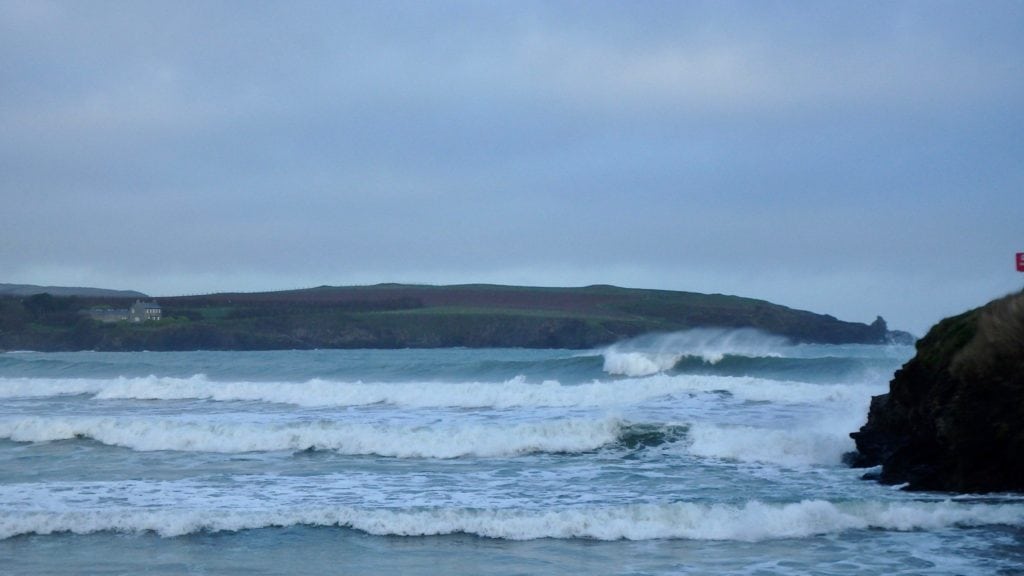 The tide is too high to allow the three to four feet of bouncy surf to break properly but you can still see the underlying swell lines and the potential for later.
Give it a couple of hours for the tide to drop back and we should be seeing some real fun surf in the three to four foot range and offshore hollowed by the brisk south westerly wind!

That same four to six feet of lumpy, bumpy  swell should continue to pour along the coast, the wind calming for a while but also backing to the north west.
So, onshore conditions are likely at all of our surf breaks today, not that ‘out of control’ onshore but fresh enough to make for bumpy conditions.
I’m guessing that most of the young guns are going to be tackling sloppy and bumpy three foot and bigger Harlyn on the first day of the Easter school holidays!