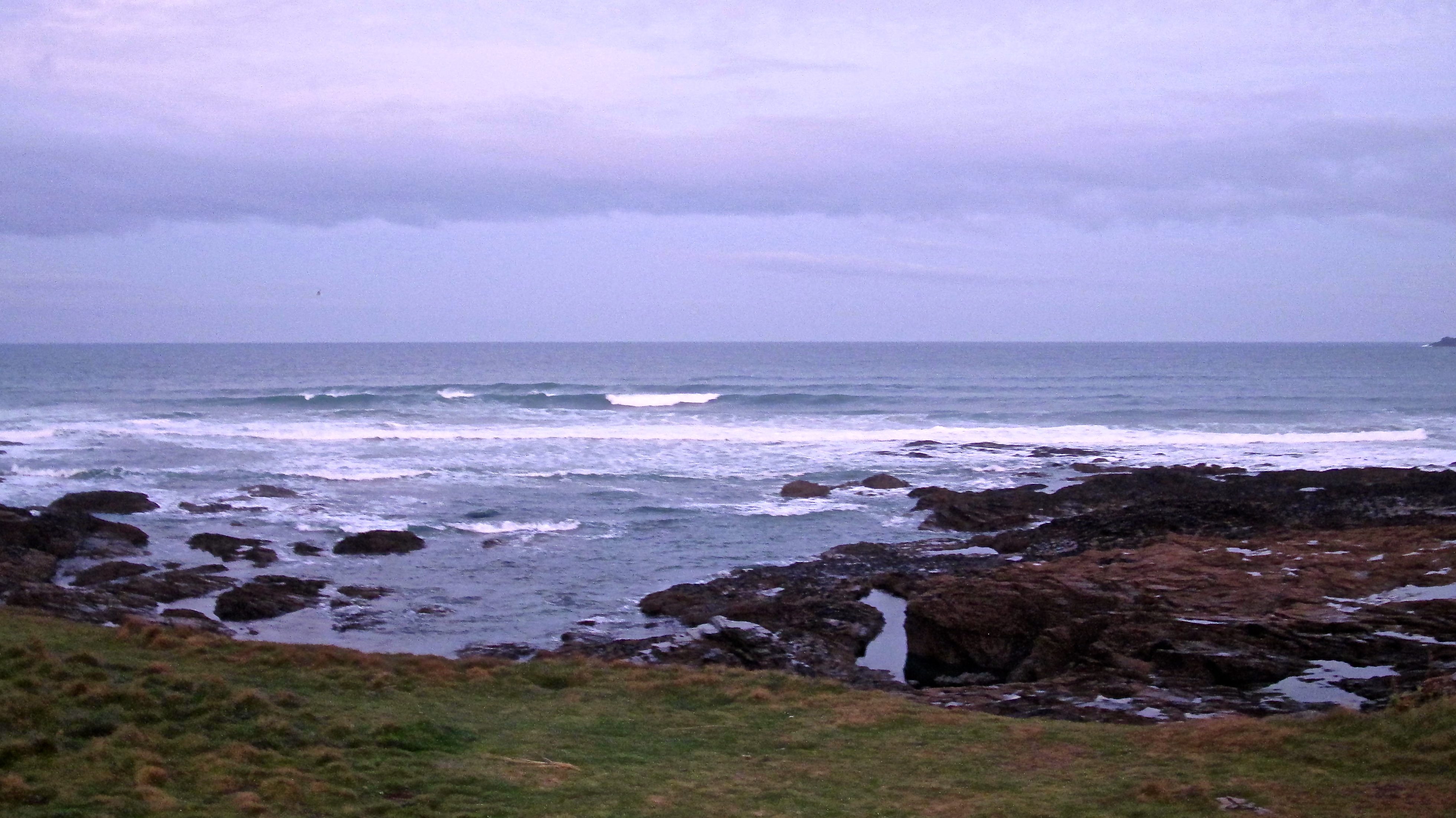 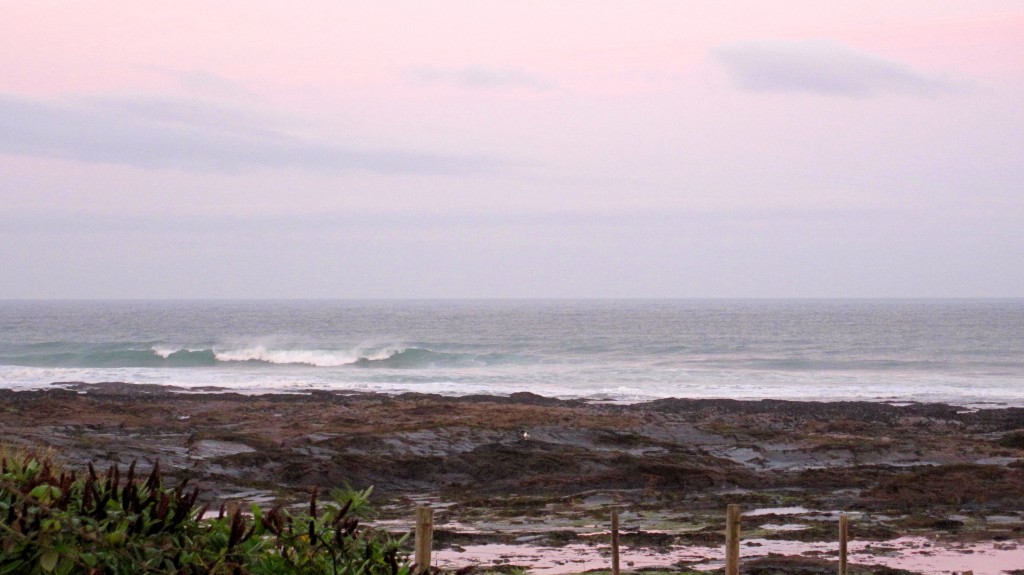 And yet another pleasant and cheery day is upon us, the wind light, the sky bright and those waves rolling into the bay.
The wind is fresher than it has been, a south south easterly, almost direct southerly wind putting a bump on those still solid three foot plus waves. The forecasts are showing that wind to slide more south westerly through this morning and that will make for sloppier conditions. But it will also help to push up that swell through the afternoon.
And that might just get Harlyn into action, small but a lot cleaner.
In the meantime though, it looks fun out here, three to four feet on the sets and only a little lumpy.
And while you wait for the tide and stuff then you can watch the girls comp going down in Portugal at aspworldtour.com with the men’s French comp on the same site.

I’m away for a week or so as of this afternoon, so no surf reports till then, unless you want to know what Biscay is doing and that is covered so much better by others!
Don’t worry if there’s anything that you need from the shop, Shelly and Charlie will be opening daily while I’m away!
And with Autumn knocking ever so gently on our door, we have been re-filling our rails with a selection of winter wetsuit goodness along with some styling’ winter-warmer clothing.
And to do that we have to clear a big gap or two!
So, we have a good few unsold summer wetsuits left on our rails following on to what has been a wonderfully mild and enjoyable summer season and they have got to go!
This week we are banging out lots of top quality summer weight wetsuits from HALF PRICE and even less! We have full size ranges on some models too!
So keep your eyes open for some BIG BARGAINS to be had and if you’re down our way drop in on us and check out a bargain or two! 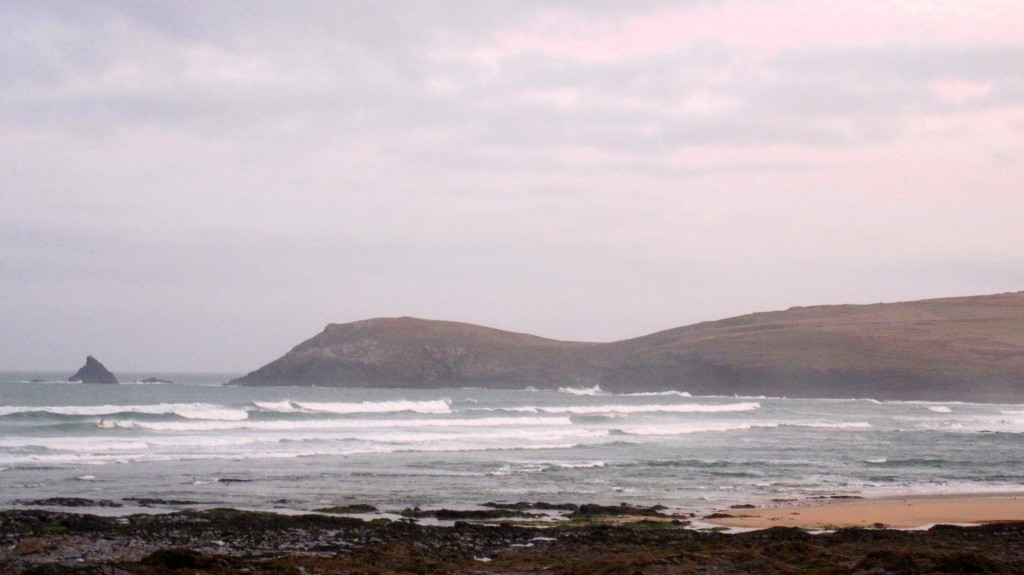 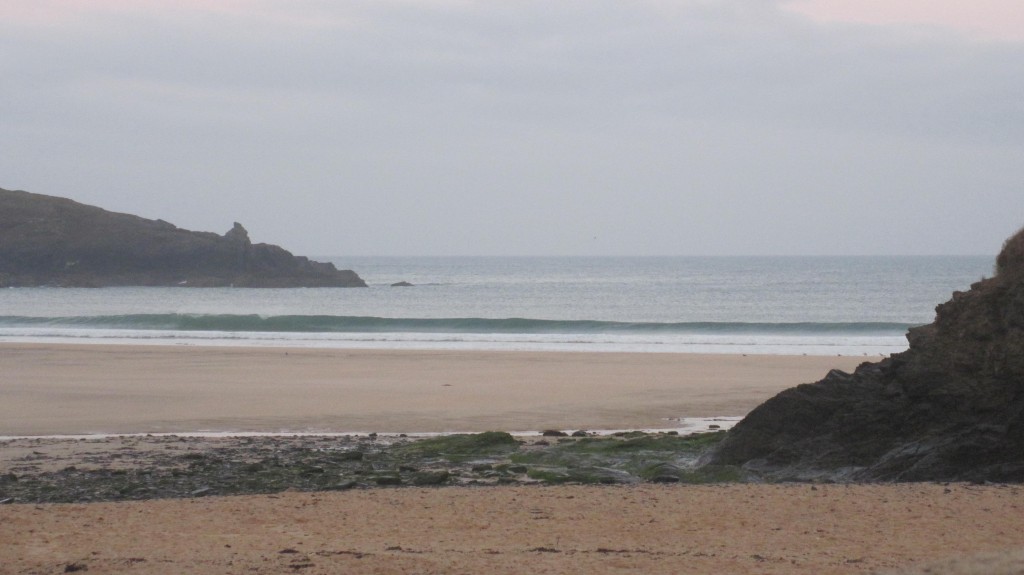 Yep there’s a little wave rolling in here at low tide, a crunchy closey outy kind of surf, a couple of feet or so snapping off the rock. As always with Harlyn, the size should increase with the tide, so we should be seeing a decent couple of feet of clean and more rolling surf, that south westerly wind being offshore around here.
It could just be fun by midmorning! 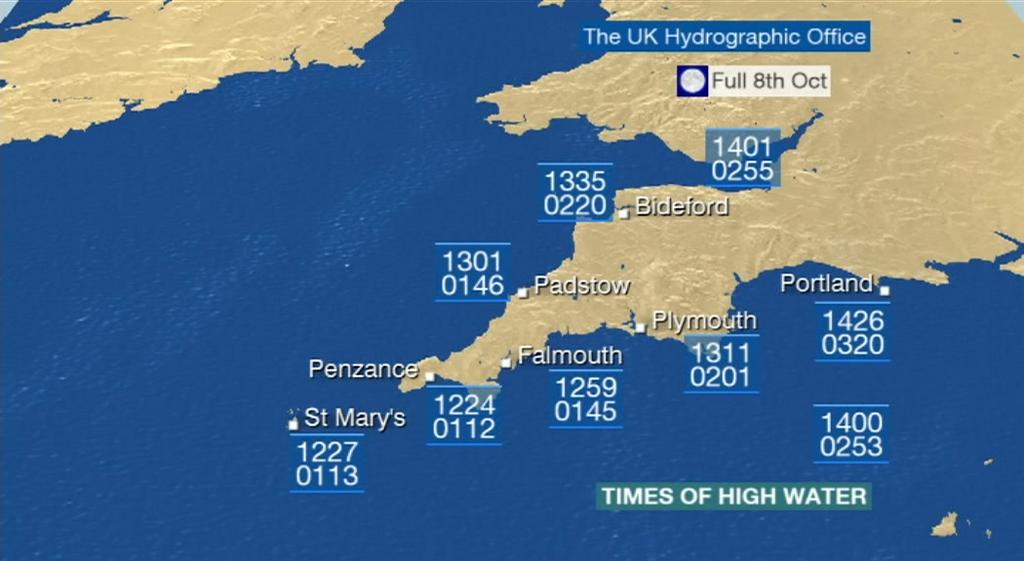 A north westerly wind is likely to be blowing through this morning, annoyingly trashing the increasing swell.
The surf should be in the four to five feet range, mixed up and bumpy and getting sloppier as the day goes on. Harlyn might have some more rideable surf but even there is likely to be quite choppy. It is probably going to be Sunday before we see some clean stuff at Harlyn.
In the meantime, the south coast is probably going to offer the cleanest conditions. 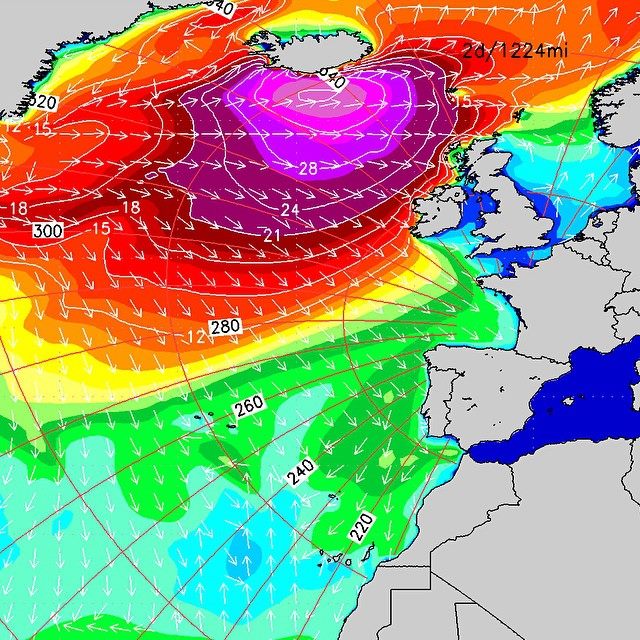 Surfline’s latest #PurpleBlobOfTheWeek comes to you from the North Atlantic. This system will generate a sizable W/WNW swell for Europe in the coming days, including solid waves to the Quiksilver Pro France. Spots further north will have more of a W direction with the largest swell showing at exposed breaks in Ireland and Scotland, but hiding from the strong winds expected will be critical in finding good waves. More info in the official #QuikPro forecast on Surfline http://surfl.in/1rMrQ1U

That deep, deep low pressure system that has been swinging winds around itself all week, parked up to the north of the country should just about be ready to spin some swell our way. A thick and solid swell it should be too!
The winds are forecast to stay light for a little while yet, mainly from the south west, strengthening through the evenings but not too bad through the days.
So there has been plenty of surf about, a decent three to four feet through the week, jumping up more as the weekend arrives.
So it is down to the wind to dictate where the best surf will be and that could very well be Harlyn as we get into the weekend. Or more accurately, it is likely to be a choice between bigger and bumpier west side breaks versus smaller but cleaner sheltered spots like Harlyn by Sunday anyway.
Saturday could be onshore everywhere around here though, making a trip to the south coast an option.
It is nice to have a choice sometimes!
I’m away for a while from Friday, so there will be no surf report for ten days or so (depending on the swells that roll into Biscay). But it’s looking good for the week here too!
Have a great week, wherever you are and whatever you’re doing!