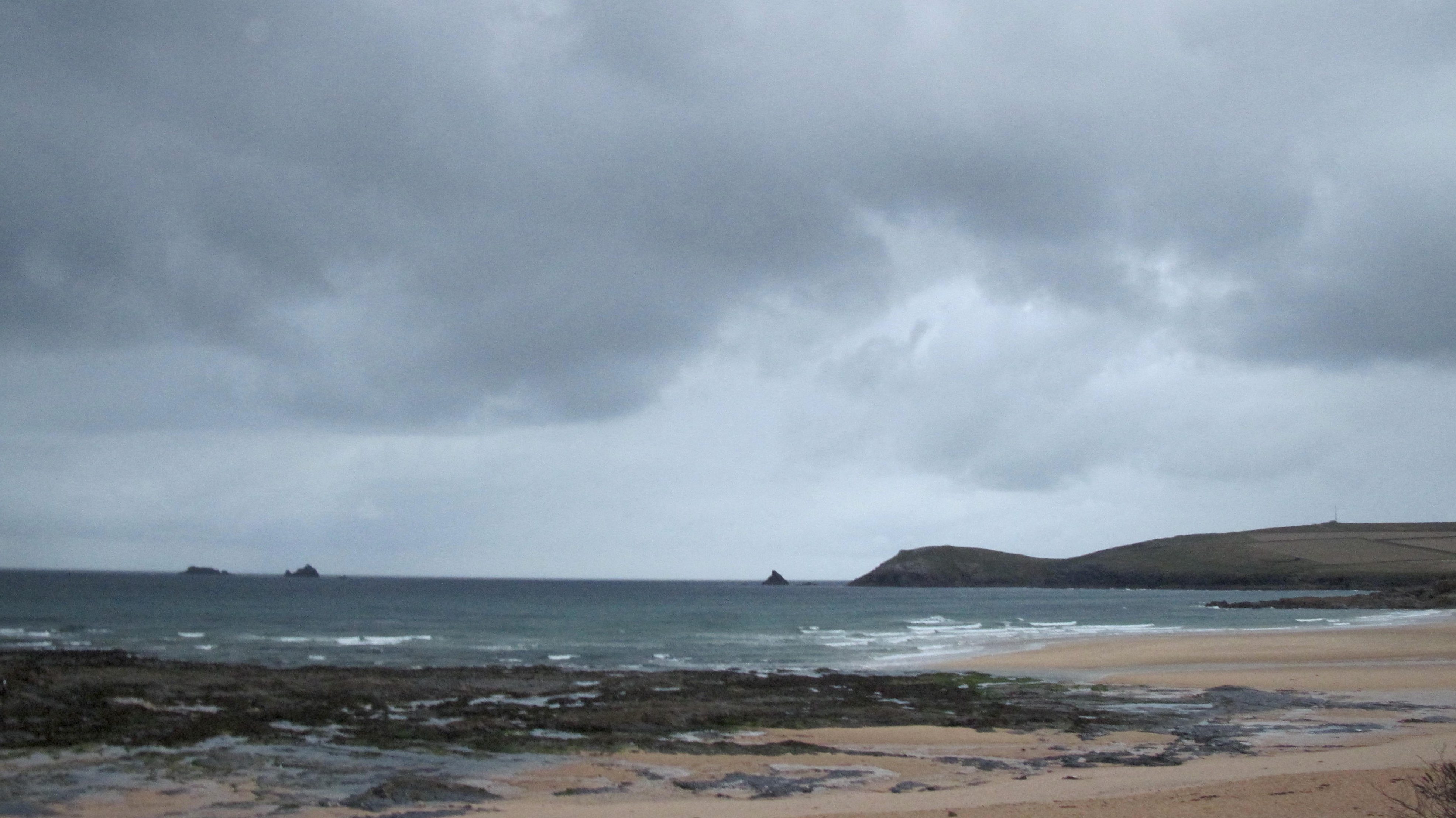 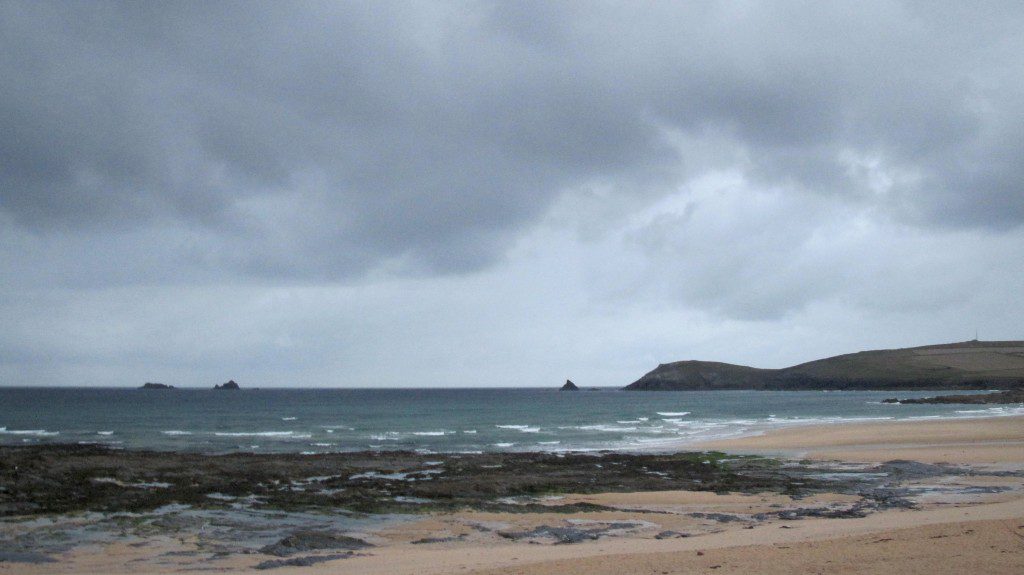 It looks as though there’s no immediate sign of any let up in this cold and dreary weather just yet, certainly not this morning anyway!
It is another dull and dark start to the morning with short but vicious showers washing the beach, that north westerly wind rattling across the bay again, a cold and irritating wind that is managing to drop the air temperatures and keep the sea temperature from peaking too.
And that north westerly wind is slopping the foot or so of weak looking surf which is trying to break on those sandbars.
So, it all looks a little dull and dreary but there are little waves rolling through now and again, if you can catch them on those banks, the tide shrinking away from those massive surges of last week and so allowing little more time to enjoy those fickle sandbanks. 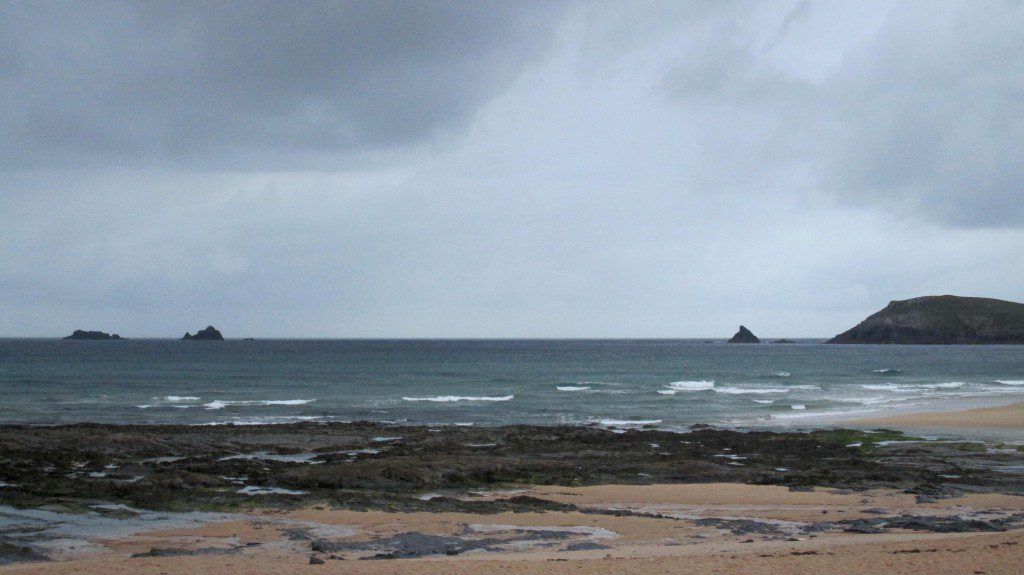 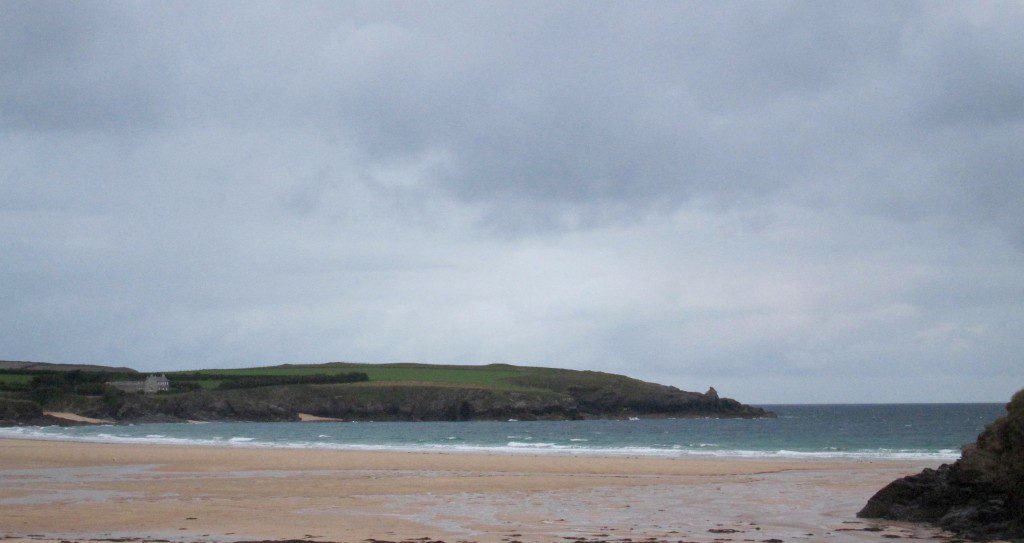 It is completely flat here again today, a tiny windswept wash of seaweed soaked ripples brushing the sand.
There is an annoying surface chop to the sea as well making for a bit of a bumpy paddle session if that is your thing too. Although Sharky and his mate seem keen to get their early morning training paddle in, an inspiration to all of us in these conditions! 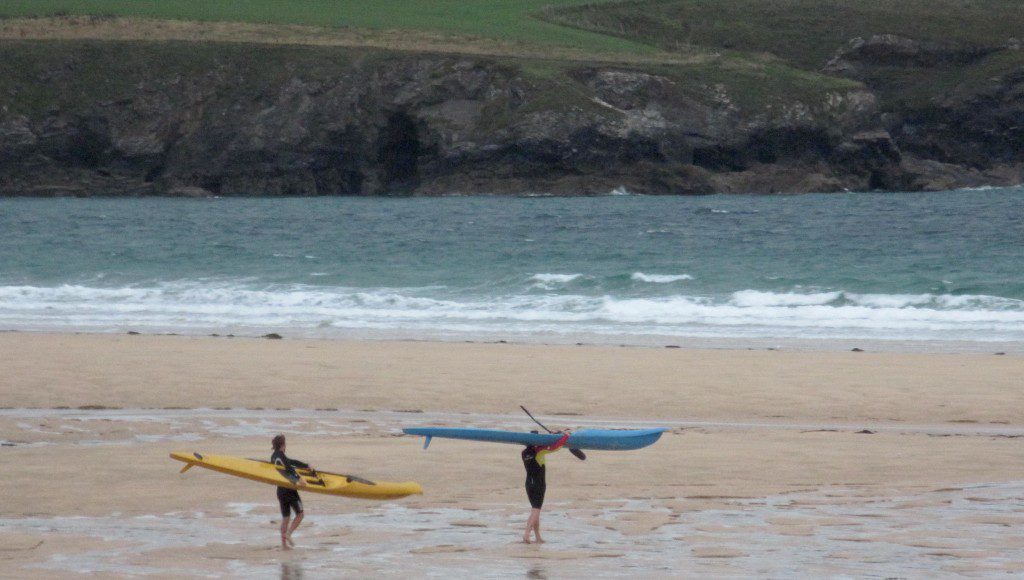 Sharky’s early morning training session demands a certain level of enthusiasm on days like this! 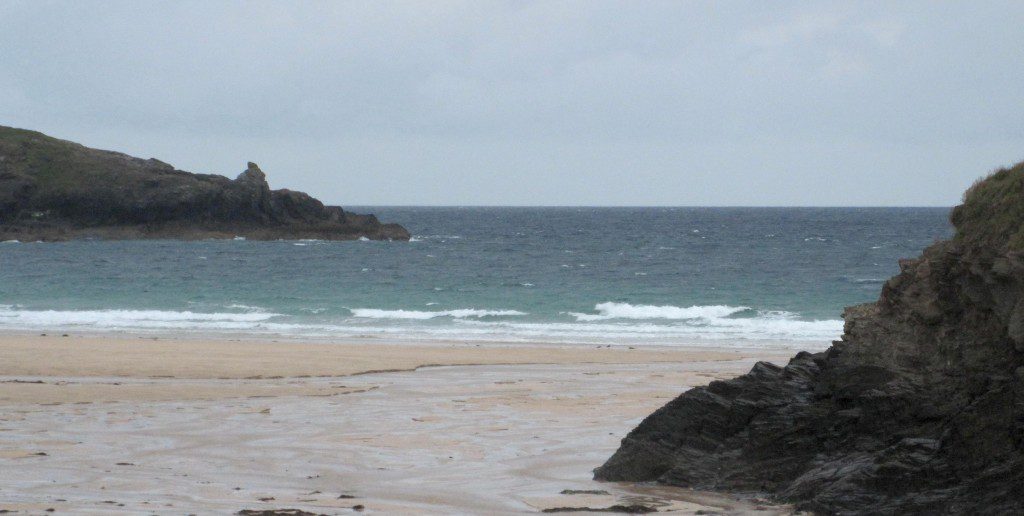 As that high pressure system pushes for control of our weather, there are still those little fronts that are blocking it giving rise to these annoying north westerly winds.
At the moment we have a low to the right of us, a high to the left of us and here we are stuck in the middle with a northerly.
And a cold norther lit is too.
So, a foot of chilly, grey, mixed up surf is as much as we can hope for again!
Now if only that high pressure would flex its isobars, things would improve massively!

There’s a high pressure system trying build over us while a little low pressure system is trying to deepen out in the Atlantic. If either can establish themselves than everything could come together in the shape of settled weather and small but clean surf.
But it looks like it might be late into the weekend before everything does settle as it can.
And so in the meantime that brisk north westerly wind continues to control our weather for a little while at least.
Friday and Saturday should continue the pattern of the last week or so with fresh onshore and cold north westerly winds not doing much to help the surf at all. Shin high junk surf is about as much as we can expect as we go into the weekend.
And then high pressure should take control as the weekend unfolds with only small surf but with much cleaner conditions and much better weather due for Sunday.
Have a great weekend, wherever you are and whatever you’re doing!