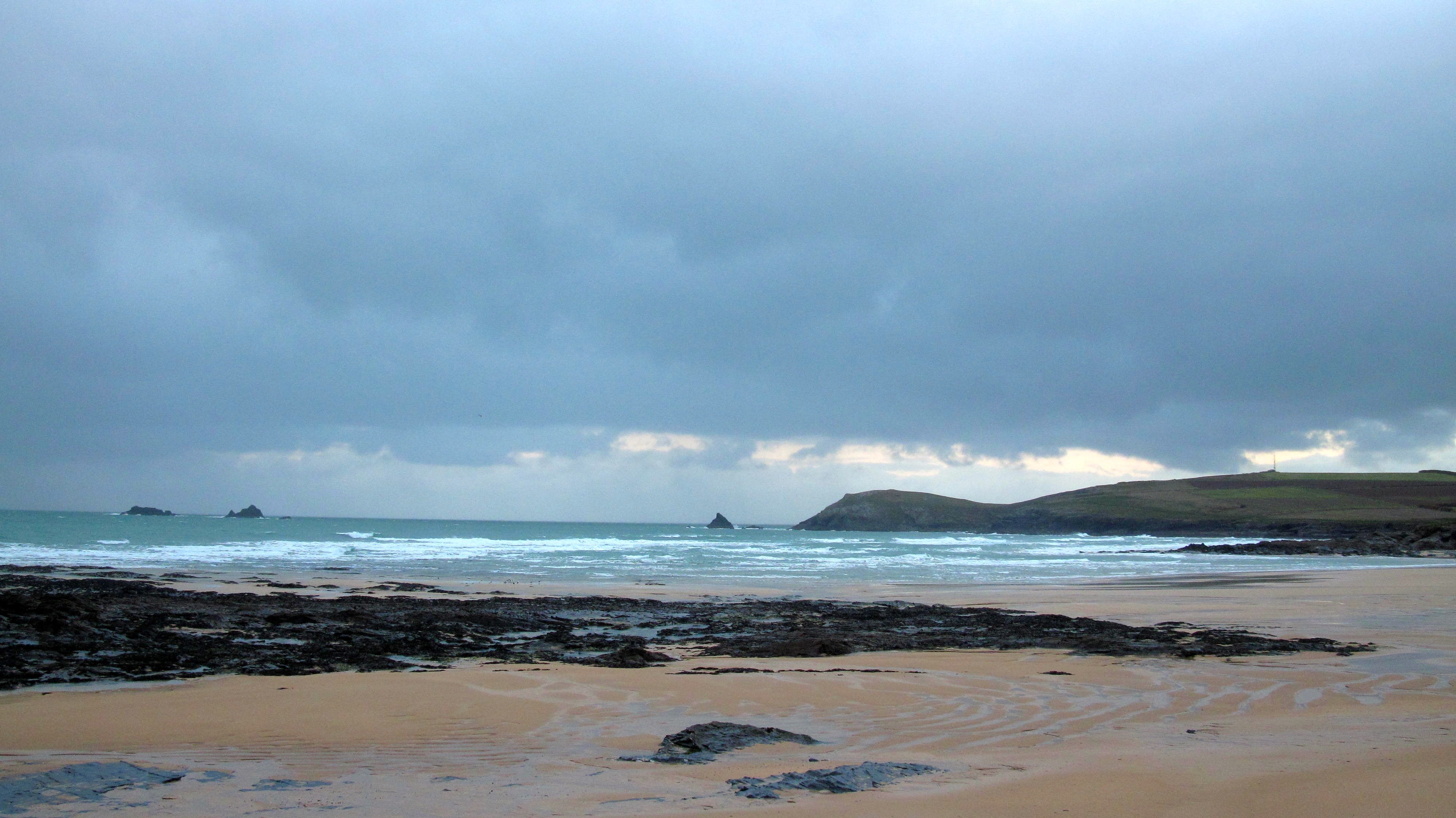 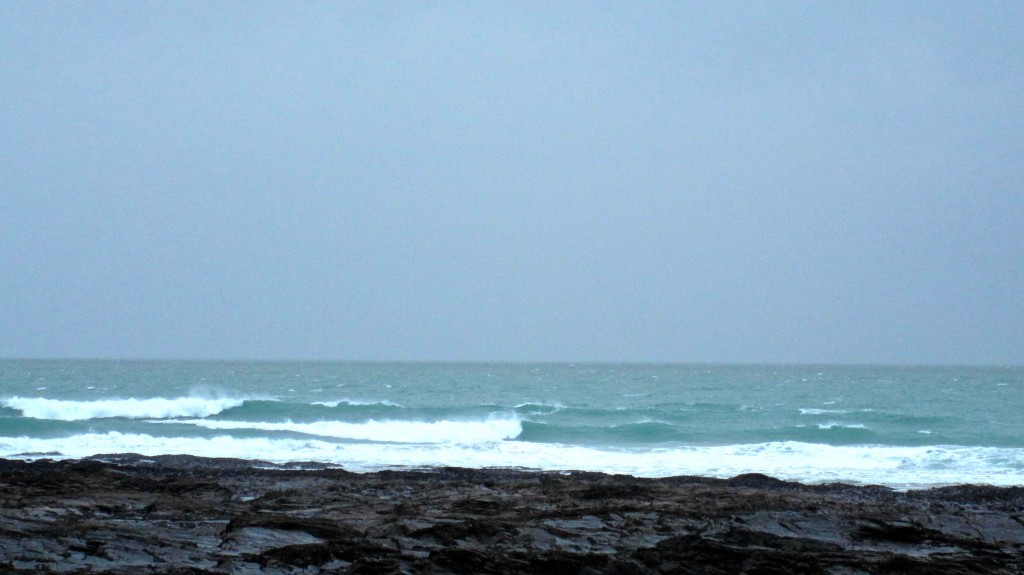 It’s all a little grim out there this morning, a brisk and biting northerly wind is ripping across the three feet of mixed up surf and dragging plenty of rain showers with it.
The surf is a squashed up three feet or so, a bouncy and bumpy, grey mess of a wave right now, a couple of feet before low water.
Squalls are blasting their way across the bays and the temperature is low and so it is not very enticing at all. There might be something better towards high tide, especially at a more southerly facing break but for now, well there are many other things to do on a day like today.
Like popping along to the Padstow Christmas Festival! It’s huge this year with loads going on and food and drink being lavished on all sides. It’s one way to pass a day (and evening!) I suppose. 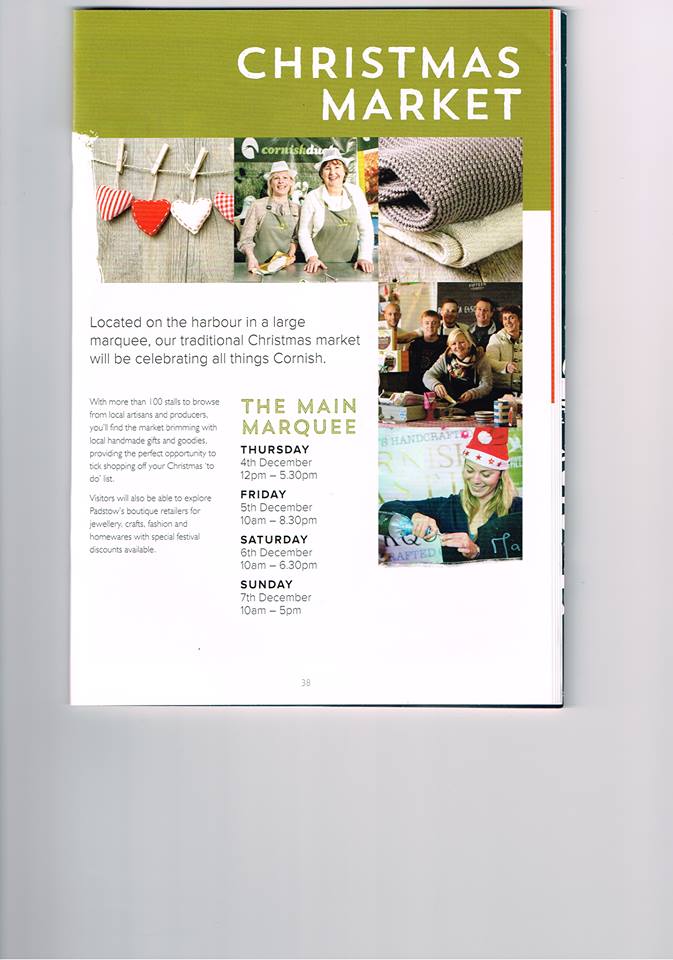 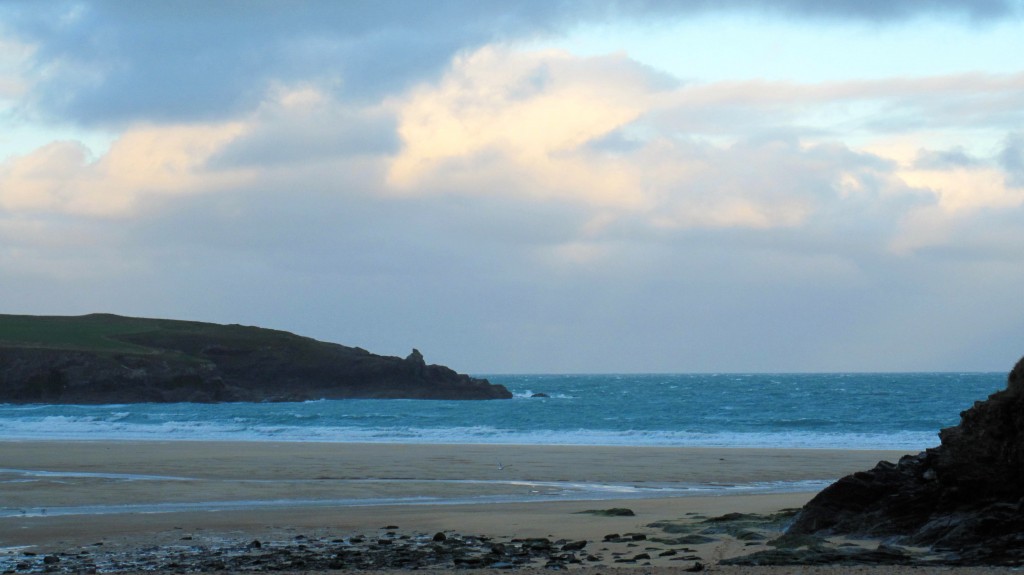 It’s a hideous mess of junk surf around here this morning, that blasting northerly wind just churning the little waves that have managed to squirm their way ashore. You can see squalls moving in from a long way out, the gaps between them being the lightness for today.
No, it’s not the place to come for a surf, not today. It’s pretty awful.

Well, it should be brighter today and there should be less wind. And the waves should be bit bigger too.
But that wind is still likely to be onshore everywhere on this coast, a lighter north westerly keeping the already mixed up surf pretty sloppy.
It might just be worth a look towards higher tide, or just before the tide gets on the rocks at somewhere like Booby’s, or Watergate.  Somewhere offering some protection from the wind could just end up being worthwhile, or maybe better than that.  Or perhaps the south coast, if there’s swell enough?  With a little looking about and a bit of timing (and luck!) it might just be better than expected.

That swell has been way better than we expected all week and should increase as we hit Friday and then into the weekend.
It’s the wind that we have to watch and that wind seems to have settled too comfortably in the north, north easterly as the week winds down, sliding north westerly as we go into the weekend.
So, mixed conditions will see the week out, a very decent, smooth and organised, three foot plus swell suddenly being replaced by bigger but more onshore conditions as we go into the weekend.
Overall it should stay bright enough but that chilly wind is going to have a bit of an edge, not as cold as other years yet but certainly chillier than it has been!
But as a great alternative, the Padstow Christmas Festival returns until Sunday.
More celeb chefs than you can shake a celery stick at along with over 100 artisans and producers. It’s the place to be for some exquisite food and drink and is now being rated as the ‘number 1’ food festival by some out there.
It is hard work to go hungry around here you know.
Have a great weekend, wherever you are and whatever you’re doing!