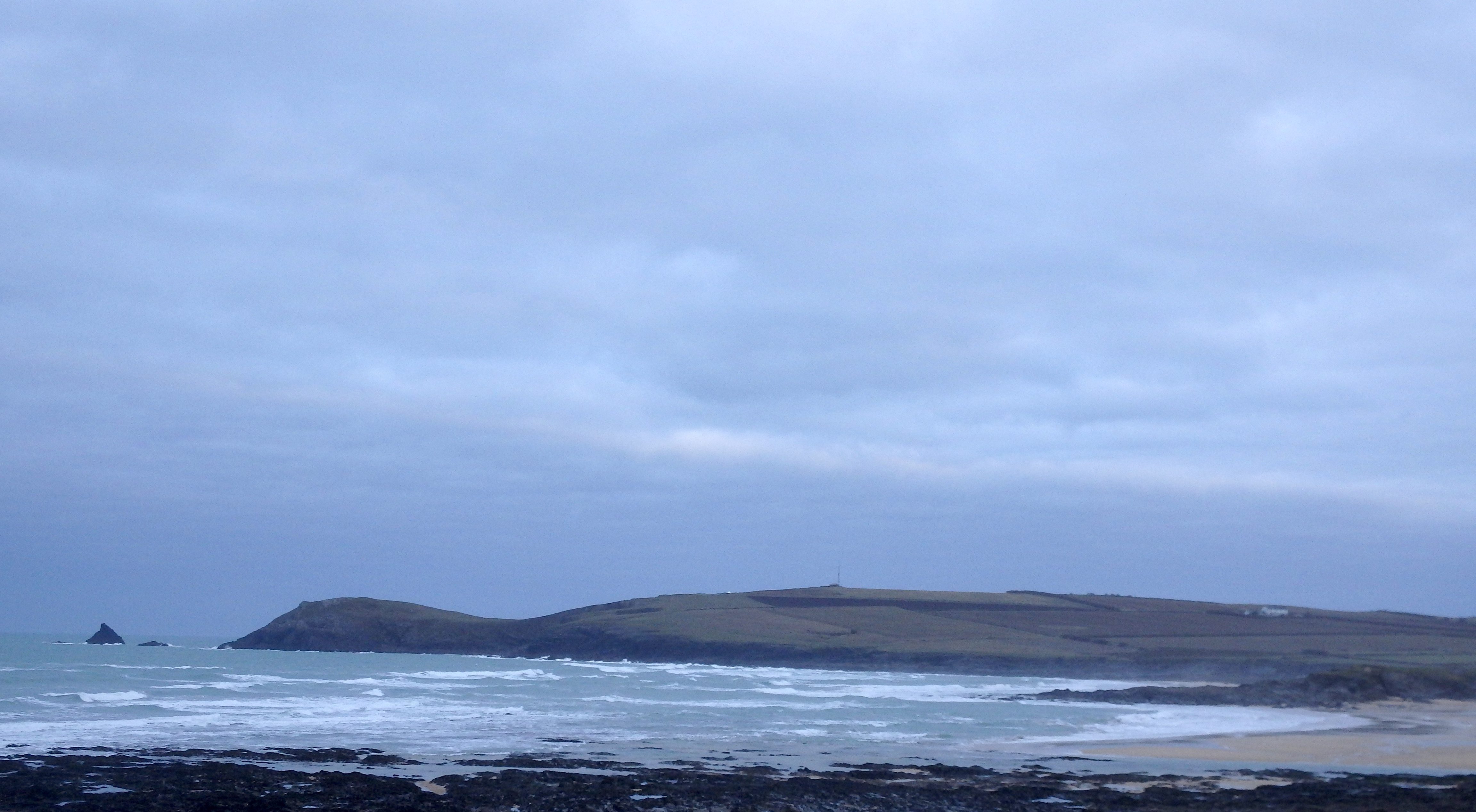 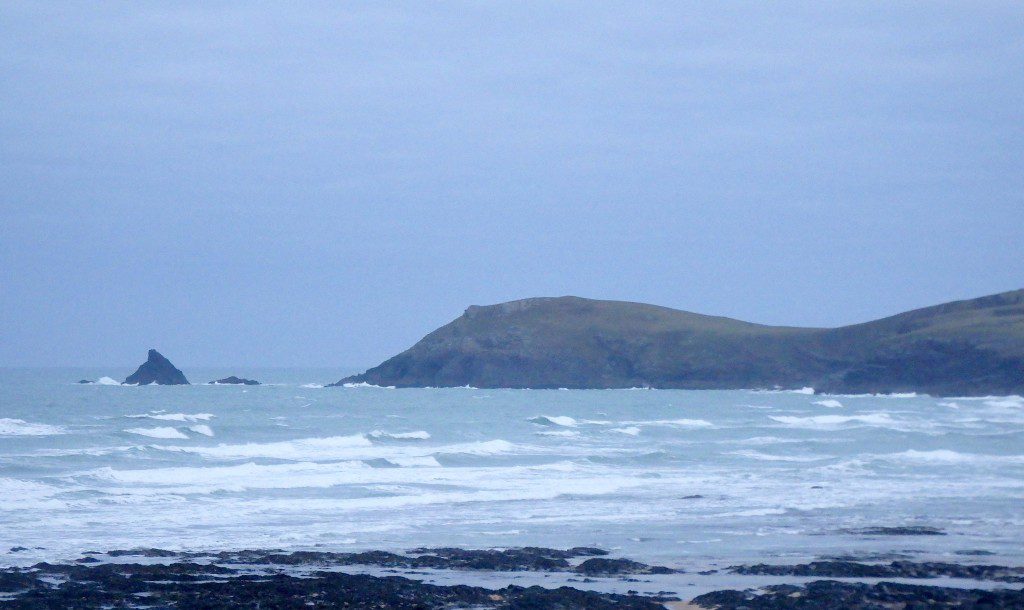 The wind has eased back a little this morning, the sky remains grey and the south westerly breeze is a bit more than that but it is a gentler morning than it has been.
The surf is still a sloppy mess, three feet of tossed and turned, chopped out surf is all that is there, wind ruffled, grey and unenticing.
The wind is likely to strengthen through the day again and that will result in some bigger, windblown waves but it’s still not going to be that great!
Let’s have a squint at Harlyn, the wind is right for it today! 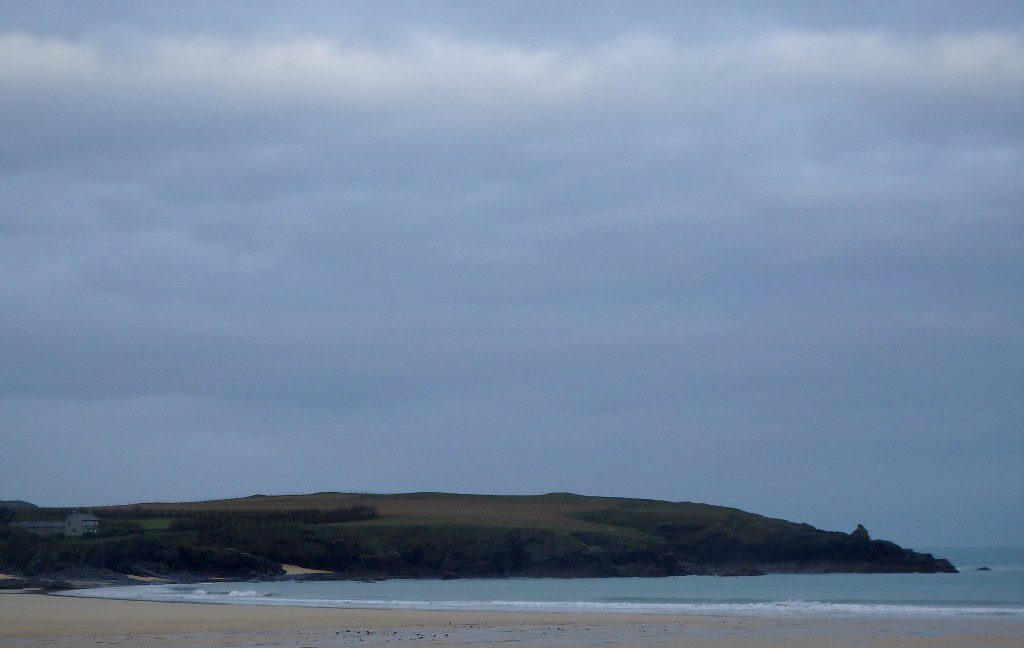 There’s barely any surf getting in here this morning, a foot or just about occasionally two of sheet glass, crisp little waves are slapping against the sand but there’s not much room to get a board into them just yet.
But the tide is on the rise and the swell should be building and so you have to think that there should be a couple offer of glassy little gliders spilling through soon enough!
It could be quite good by this afternoon! 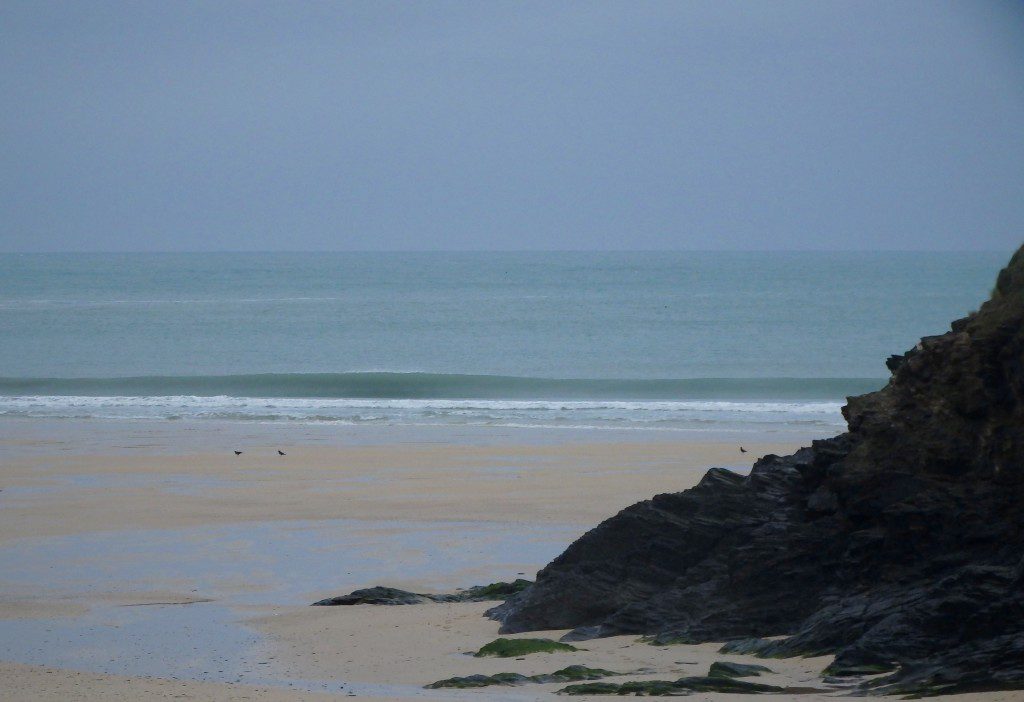 South westerly winds and a four foot swell are the raw ingredients for a satisfying day at Harlyn.
The wind is likely to build as the day goes on but it will be straight offshore at Harlyn and there should be a bit of high tide shelter provided by the dunes as well.
Yep, it should be fun at Harlyn all day long!
An then, it’s going to get really BIG!

Another weekend of wind and rain and stormy surf awaits!
There’s a low pressure system wandering in above us which is stretching across most of the Atlantic and across most of Europe too with those isobars pretty close together as well!
So, another wet’n windy weekend awaits!
But that wind should be south westerly through Saturday and that is offshore at Harlyn. Given the depth of the low pressure systems out in the Atlantic, I think that we can assume that there will be big enough swells rolling in to more than fire Harlyn up again.
So a typical winter’s Saturday at the ‘lyn awaits and that always goes down well, especially with the Six Nations kicking off too!
Sunday is likely to be showing more and much bigger surf but with the wind maybe having slipped more to the west. That is more sideshore at Harlyn and so those real big waves could just be bit bumpier and lumpier than we would prefer.
It could still be good though and so should be worth a checkout at least.
But there’s likely to be loads of big surf around and with just a little scouting around we should be able to find somewhere sheltered enough to be fun!!
But take it easy out there, it is likely to be really very big, especially as we go into the start of next week!
Have a great weekend, wherever you are and whatever you’re doing!