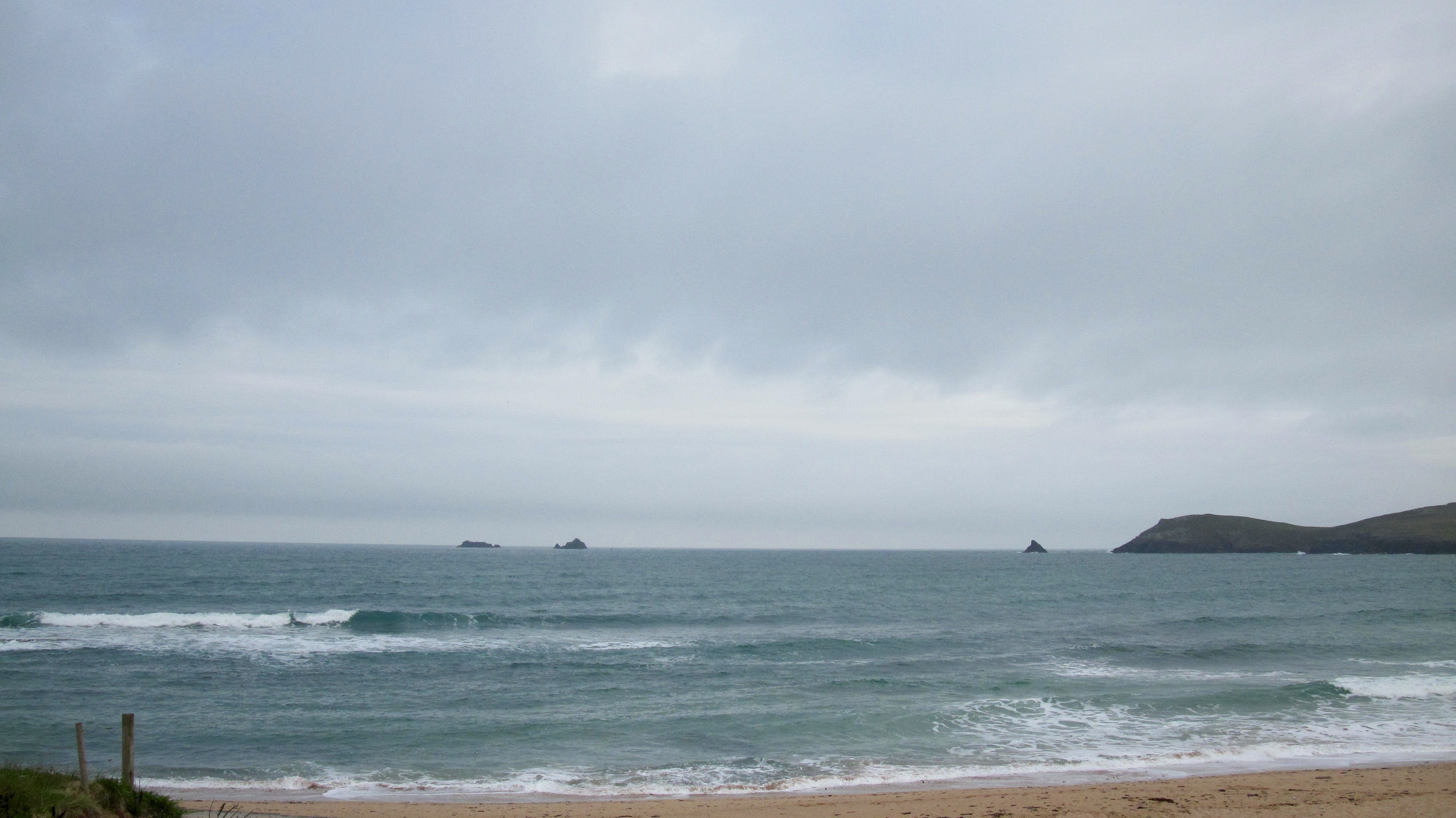 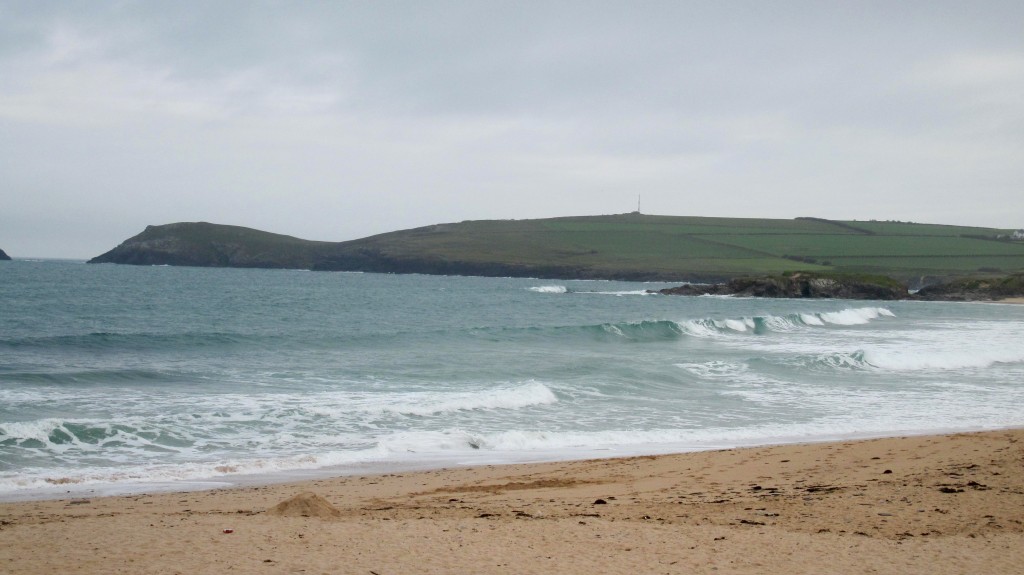 This bright and cheery morning is already giving way to something a little duller, a grey spread of low level cloud stealing along the coastline.
The surf is small too, a foot or two, clean and fairly glassy so far but a bit lazy and a bit fat.
But it is mild as well, a sign of that missing north westerly wind which has been plaguing us for how long. Let’s hope that it’s gone for a while!
In the meantime the forecasts are showing light westerlies for most of today, onshore but at least supportive of those little waves.
And so it should brighten up again later and I wouldn’t be surprise to see us gliding along on a foot or two of fun surf in some cheerful weather by this afternoon! 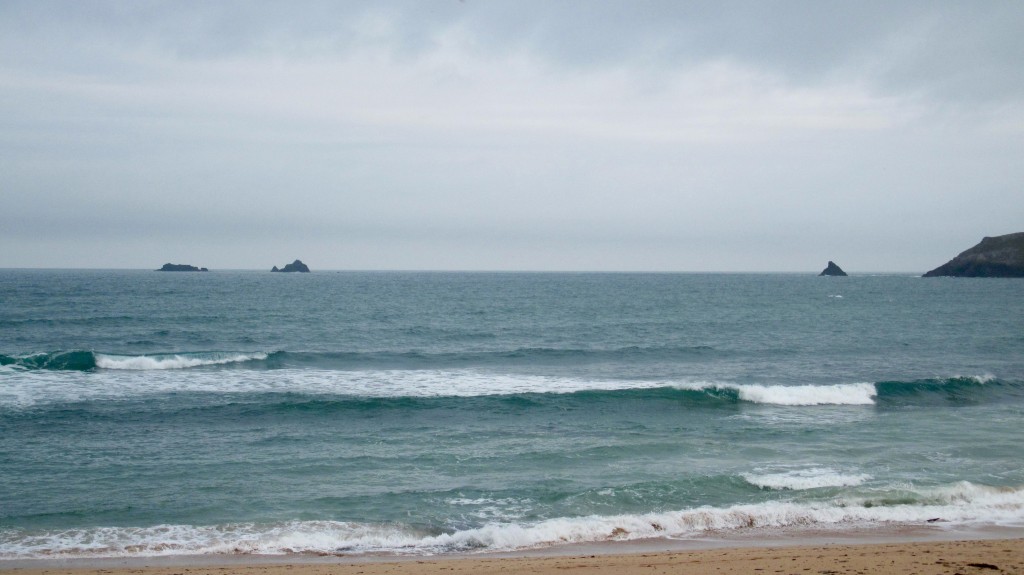 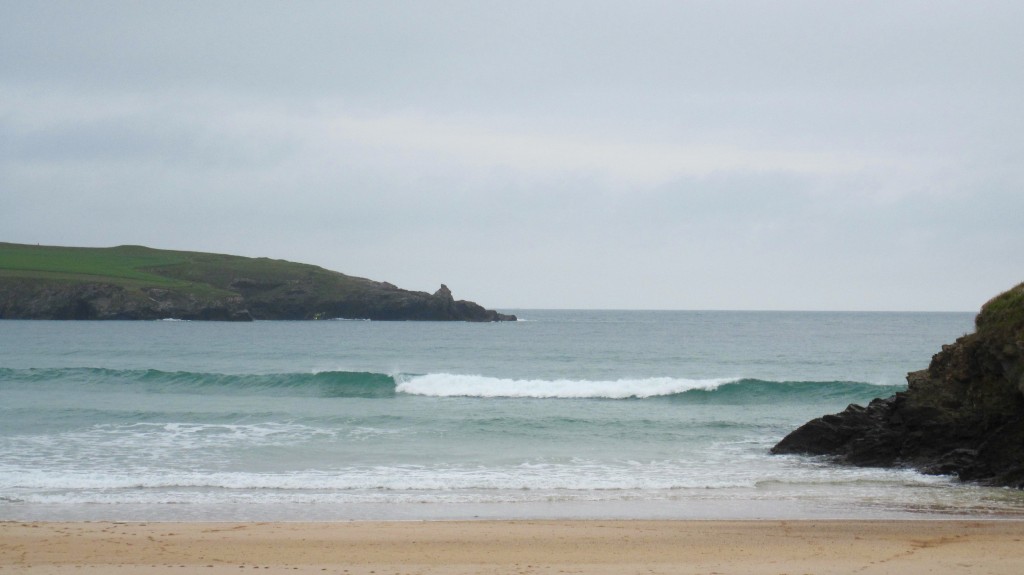 It is pretty much flat around here this morning, six inch ripples of turquoise spilling onto the sand, beautiful to watch but not much good if you’re looking for a surf.
It’s the other side for a surf today and it’s not very big over there! 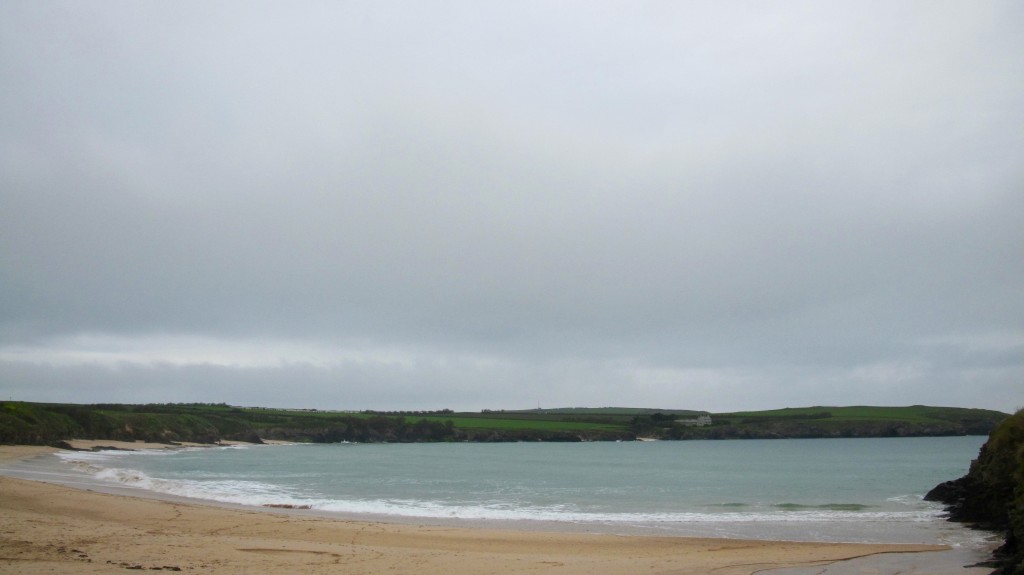 Westerly winds are likely to be pushing in a rolling three feet of bumpy swell today and so we should be able to enjoy one of those cloud spattered early summer days with thick and lumpy waves to ride.
By afternoon the surf might have built a little more, maybe allowing Harlyn to show itself.
I’m guessing that we will have the choice of those bigger and lumpier waves at our main surf breaks or smaller but a lot more organised little waves over at Harlyn.
It could just end up being a more fun day than you would expect!

The recent storms that have lashed our coastline should continue to ease and settle, allowing a spell of more enticing weather to spread our way.
That wind is likely to have settled itself back to westerly by Friday, a more overcast day too maybe but there should be some okay surf early in the morning and again in the evening, a small couple of feet of fun surf on offer by then maybe.
And that is likely to be the way of it through the weekend; two to three feet of surf with mainly onshore, westerly winds becoming stronger through the afternoons with clear and warm weather throughout.
Have a great week, wherever you are and whatever you’re doing!