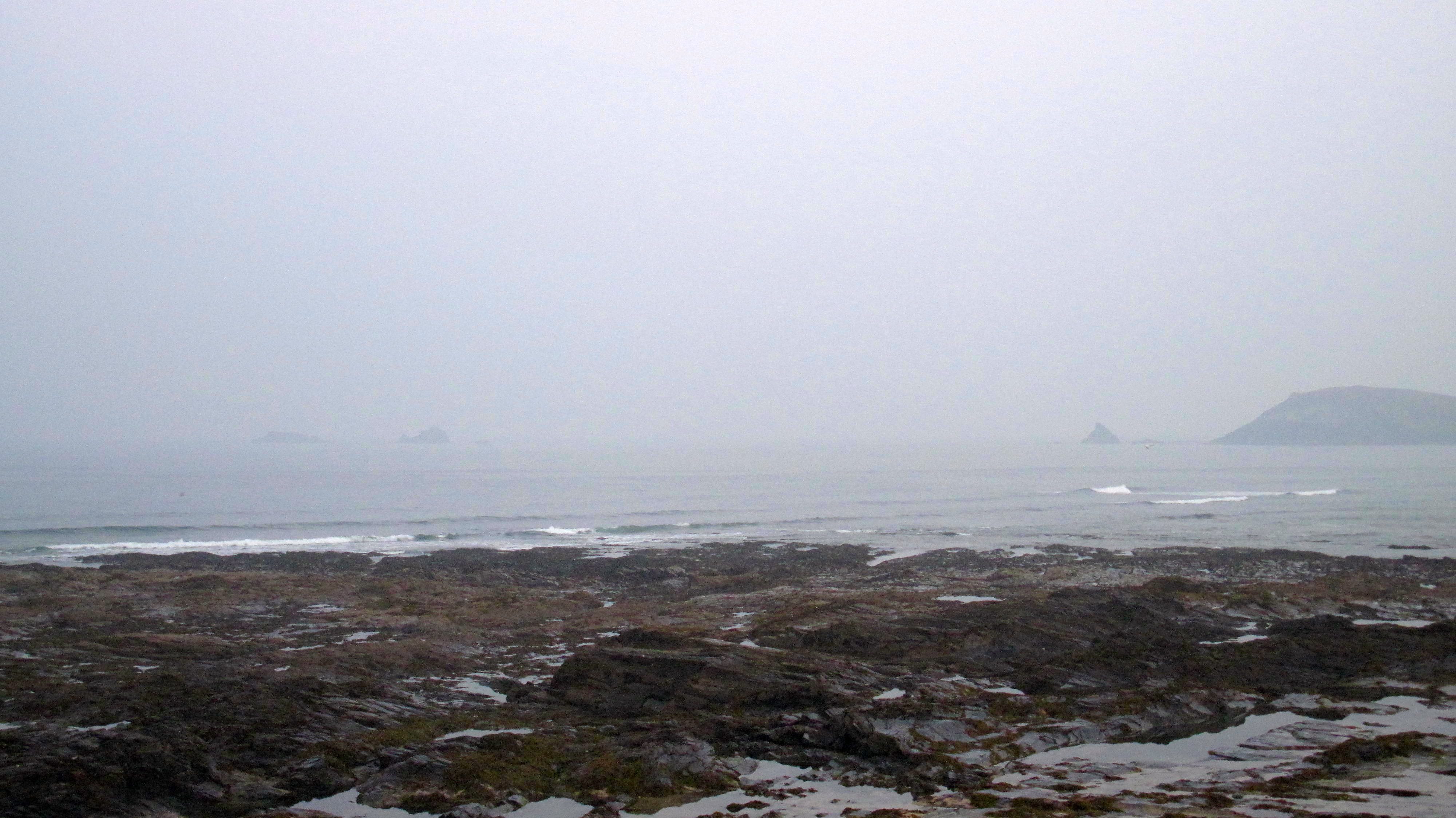 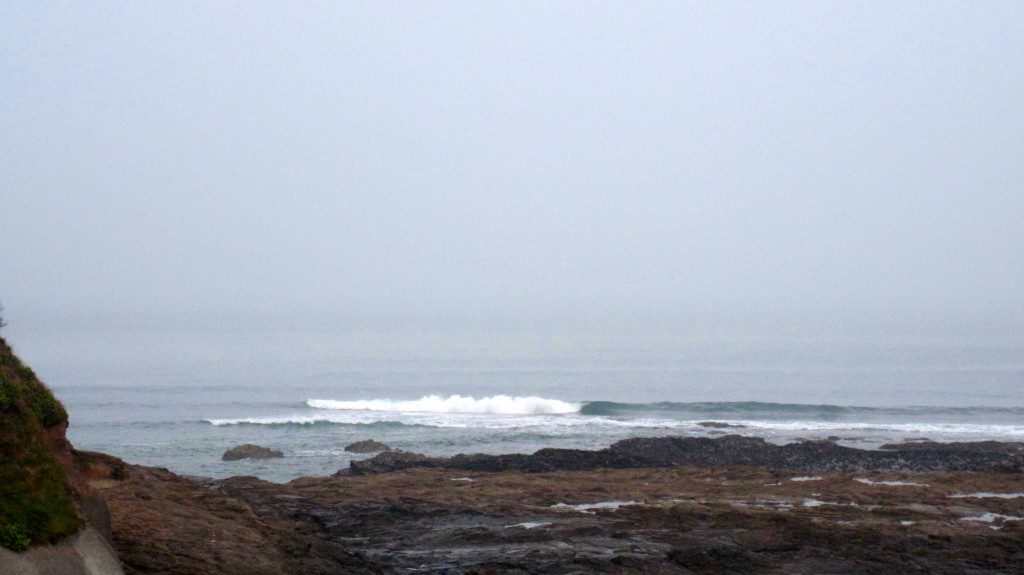 It’s a misty, hazy and foggy one this morning, depending on which bit of the lane you are on.
A patchwork blanket of fog has spread itself across the coastline (and probably further) this morning, a snuggly and cosy, silent air, dampening the hedgerows as well as birdsong.
The surf is real small this morning, a lazy, weak looking foot or so of glassy surf is washing ashore, crumbly here and there, sharp and looping over the shallower parts. We might just get a longboard to slide across a few of them but there might be a bit of a wait between them.
It is likely to be a different, much brighter and shinier world when the fog lifts but the surf isn’t likely to improve much. 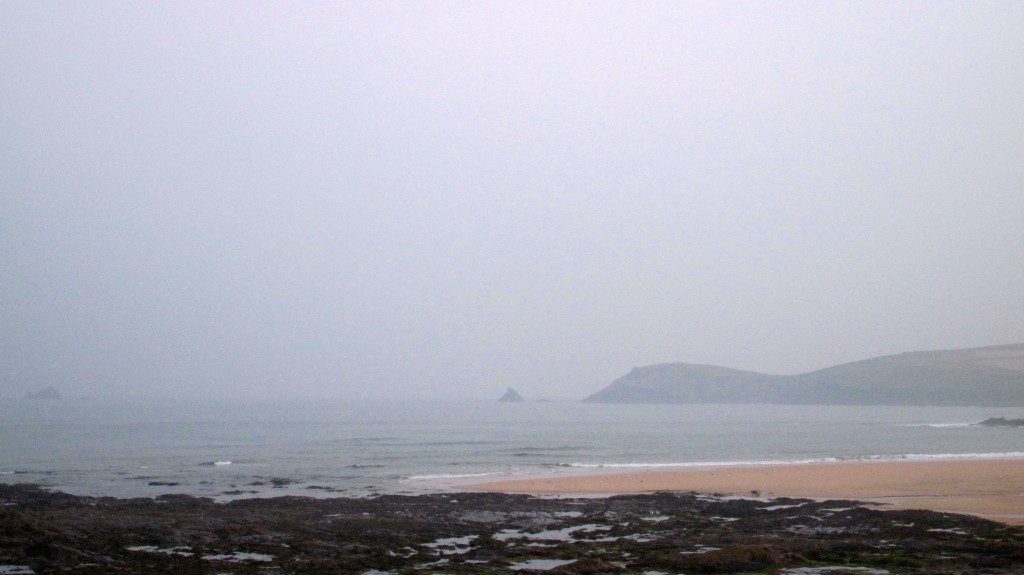 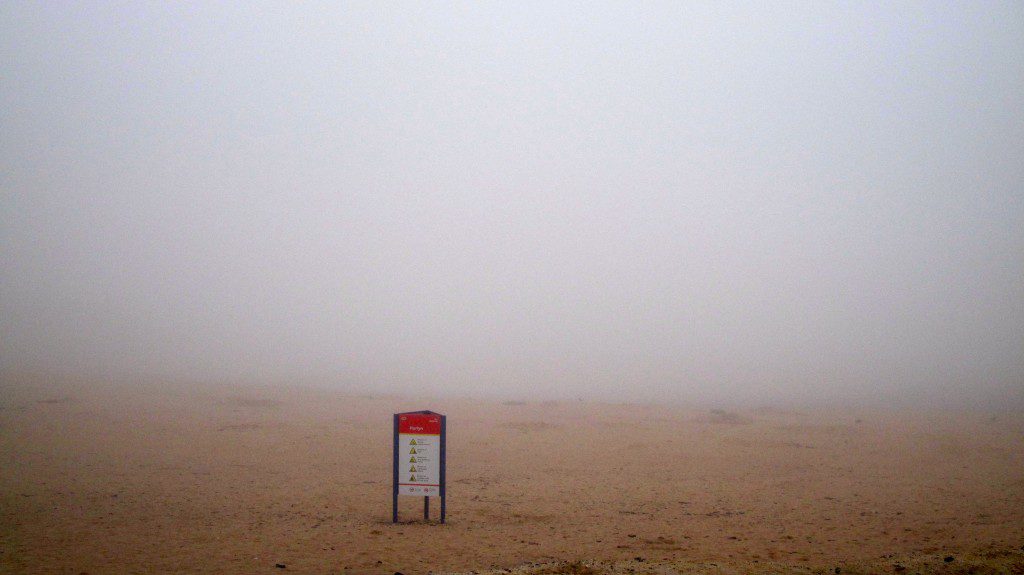 That fog is dense and thick and swirling around here this morning blocking any view of the ocean but you can hear and feel that there is no surf at all! There is that gentle swoosh of tiny wash sliding across the sand but nothing else.
It should be a great place to come for a paddle later, when the fog has lifted but right now you might have difficulty finding which way to go to enter the water! 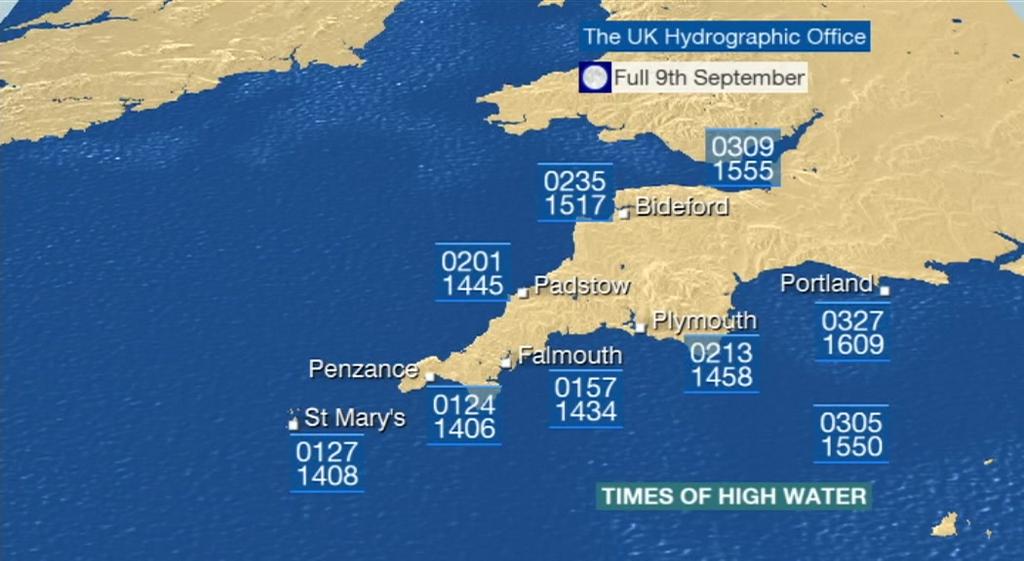 Ah, it’s such a shame, there are likely to be perfect conditions today with a light, light, offshore breeze, bright, bright skies but…. no surf!
Well, we might just get an hour’s slide in on a huge and buoyant, stable board but it will be an excuse of a wave.
SUP anyone?

As Autumn gradually starts to caress our golden beaches and turquoise bays, the feel of summer has returned, at least for a few days and maybe longer!
The surf for the end of the week, into the weekend and further is going to rely on that delicate dance of wind and swell, clear and bright, sunshiny skies making it all very attractive and easing the pain caused by the lack of surf.
We will be lucky to find much more than a foot or two of exquisitely shaped and immaculate but tiny, tiny surf.
The swell is likely to weaken to a foot through the last day or two of the week, the breeze staying offshore and folding those waves into hollow little things but not helping any little accidental pulses to be bigger than that.
And that looks to be the way of it throughout the weekend; hot and sunny and beautiful but with only tiny little waves to frustrate us!
We do hire SUPs!
Have a great week, wherever you are and whatever you are doing!