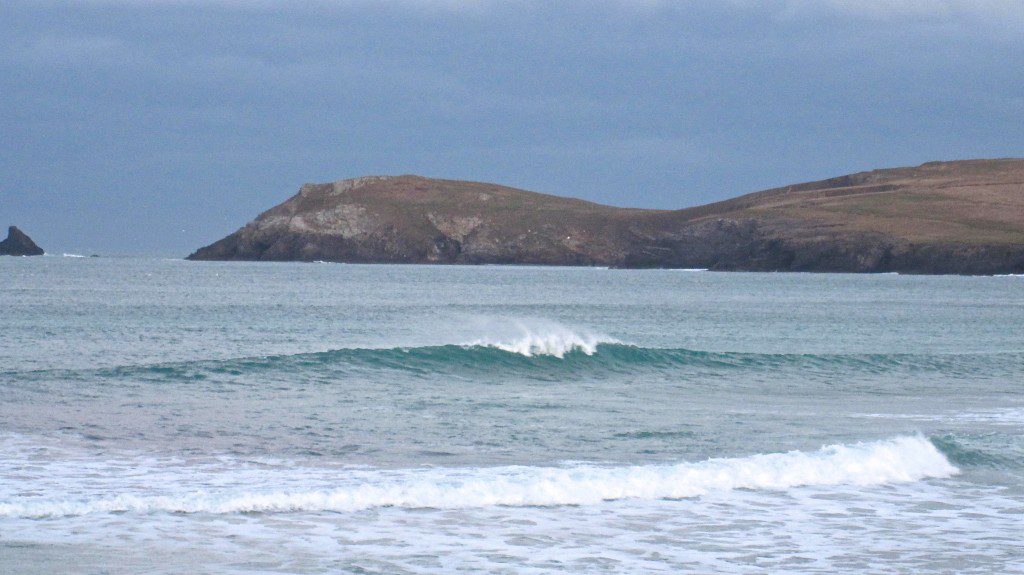 It is beautiful out there this morning, freezing cold in that brisk north easterly wind but absolutely gorgeous nevertheless.
The surf is cranking in, smooth and clearly defined lines stretching for the horizon, rhythmic sets of three foot plus waves marching into the bay in their own time, evenly spaced and in no hurry.
Left hand walls are peaking off the Reef at an angle before spinning into the bay, eventually finishing before the middle peak is met, equally spinning in the opposite direction.
With that big, fat and full moon suspended above the ocean, the brightest of golden sunrises exploding over the land, flouro pink clouds giving way to ice blue in the sky while all the time those head high and hollow waves are spilling ashore, there are certainly worse places to start the day!
I guess that the wind is likely to strengthen through the morning but it will stay offshore while that bright winter sunshine should cheer us in spite of those zero temperatures.
There’s a mid teens wave-period to this swell, high pressure is in complete control making the winds fairly calm and mainly offshore and so we should be enjoying good or even great surf for some time!

If you are tempted over here to enjoy these wonderful conditions this weekend, then you might want to call in to the shop – we are just about to clear a whole bunch of winter stock in readiness for the imminent arrival of Spring (ever the optimists!!).
So, we have a whole bunch of surfboards (Lost, Channel Islands, Sol Life and others), wetsuits (XCEL, O’Neill, Alder and Quikky) as well as loads of other stuff that we are going to need to offer at giveaway prices! 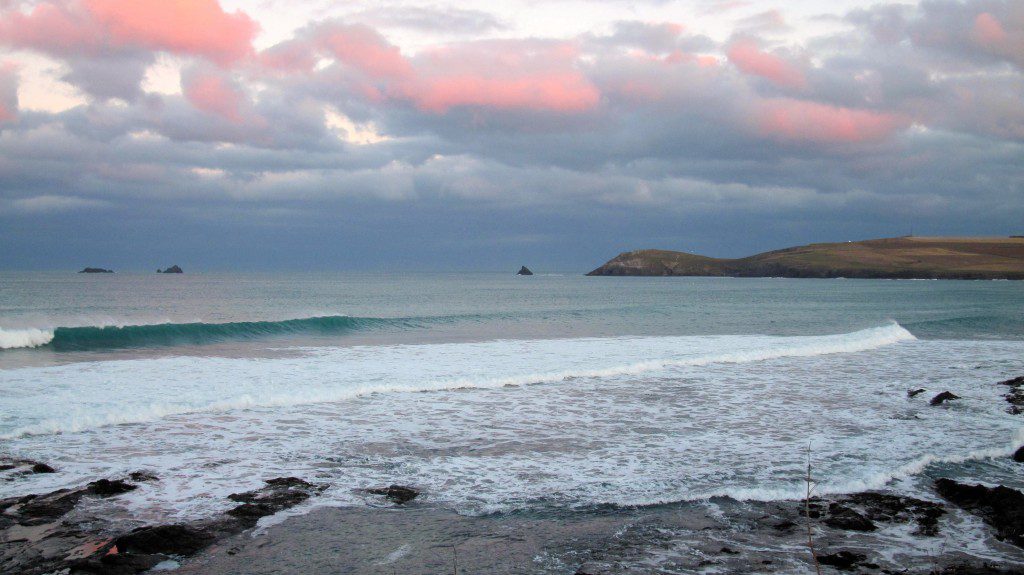 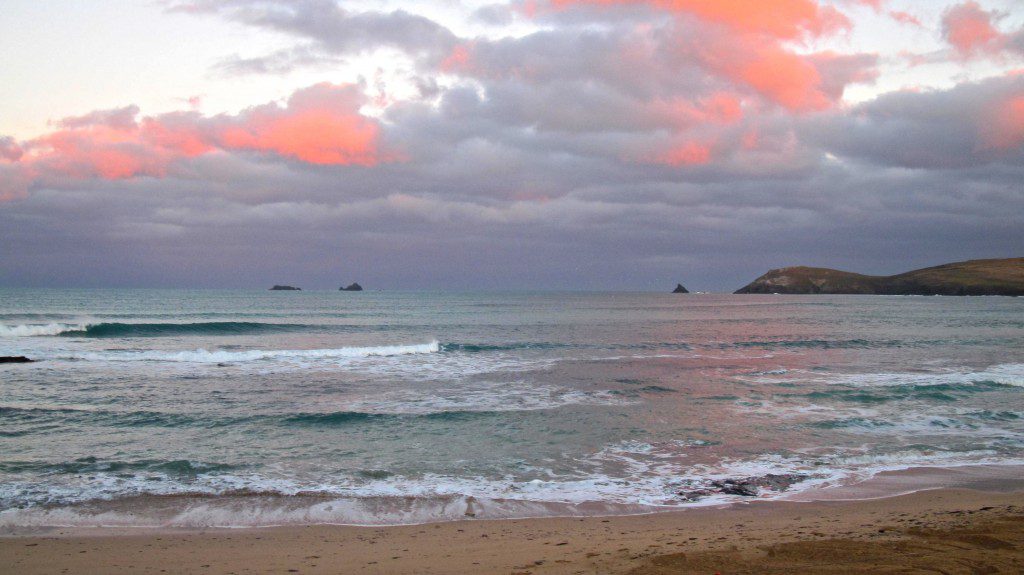 There’s not much going on here this morning, a couple of feet or so of broken waves are rolling in to the bay, the north easterly wind onshore here and pushing and tugging those waves.
It is a fairly sloppy and choppy scene as the tide drops out making you think that it is likely to only get worse.
Given that the surf is going off over on the other side of the headland with an evenly spaced, smooth, three foot swell with offshore winds, you might want to give it a miss here today! 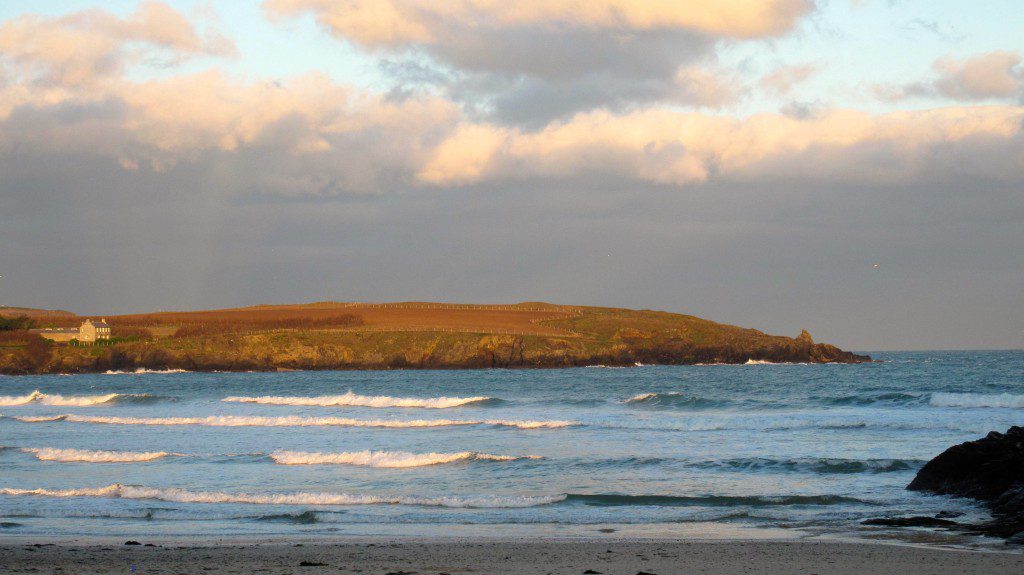 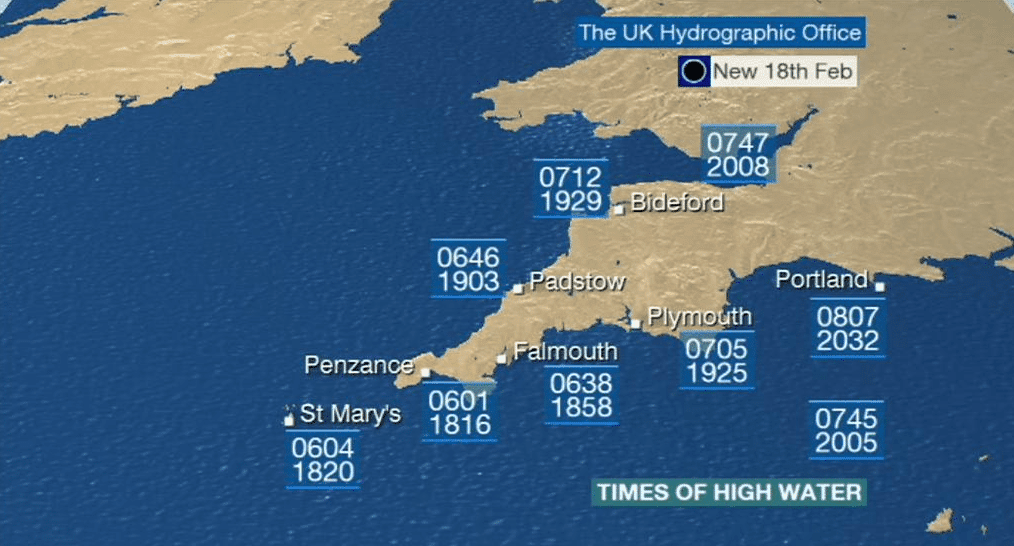 With that high pressure system having settled in to stay, we can look forward to enjoying more relatively calm and settled if freezing conditions.
The surf is likely to have dropped a little but there should still be a very enjoyable two to three feet of hollow and fun surf with more of that crisp and clear winter sunshine!

This week has been much calmer and brighter but a whole lot colder than those last few weeks of incessant storms!
But it is still cold and it’s going to stay real cold for a while yet!
The wind has parked itself to the north and east, those air streams bringing properly cold air all the way across to us from cold, cold lands. But they are much lighter than recent weeks too and far better for wave shaping.
A steady but smallish swell is due through the weekend, the wind easing to a fairly light breeze each morning, freshening offshore through the afternoon. That should light up all of our favoured surf breaks, especially HTC for the crew.
We should enjoy some bright winter sunshine for long periods too, although even in the sunshine that wind will still have enough sting and bite to it to pierce your wetsuit if you have a gap!
While the wind settles to the north east all the way through the week’s end and into the start of next week, the swell is likely to ease, dropping to just a couple of feet by Saturday, staying that way throughout the weekend.
Yep, we should be in for a good weekend of cold water surfing in smallish but clean waves with some bright and cheerful weather. It is likely to be pretty much two to three feet and offshore for the foreseeable!
Have a great weekend, wherever you are and whatever you’re doing!