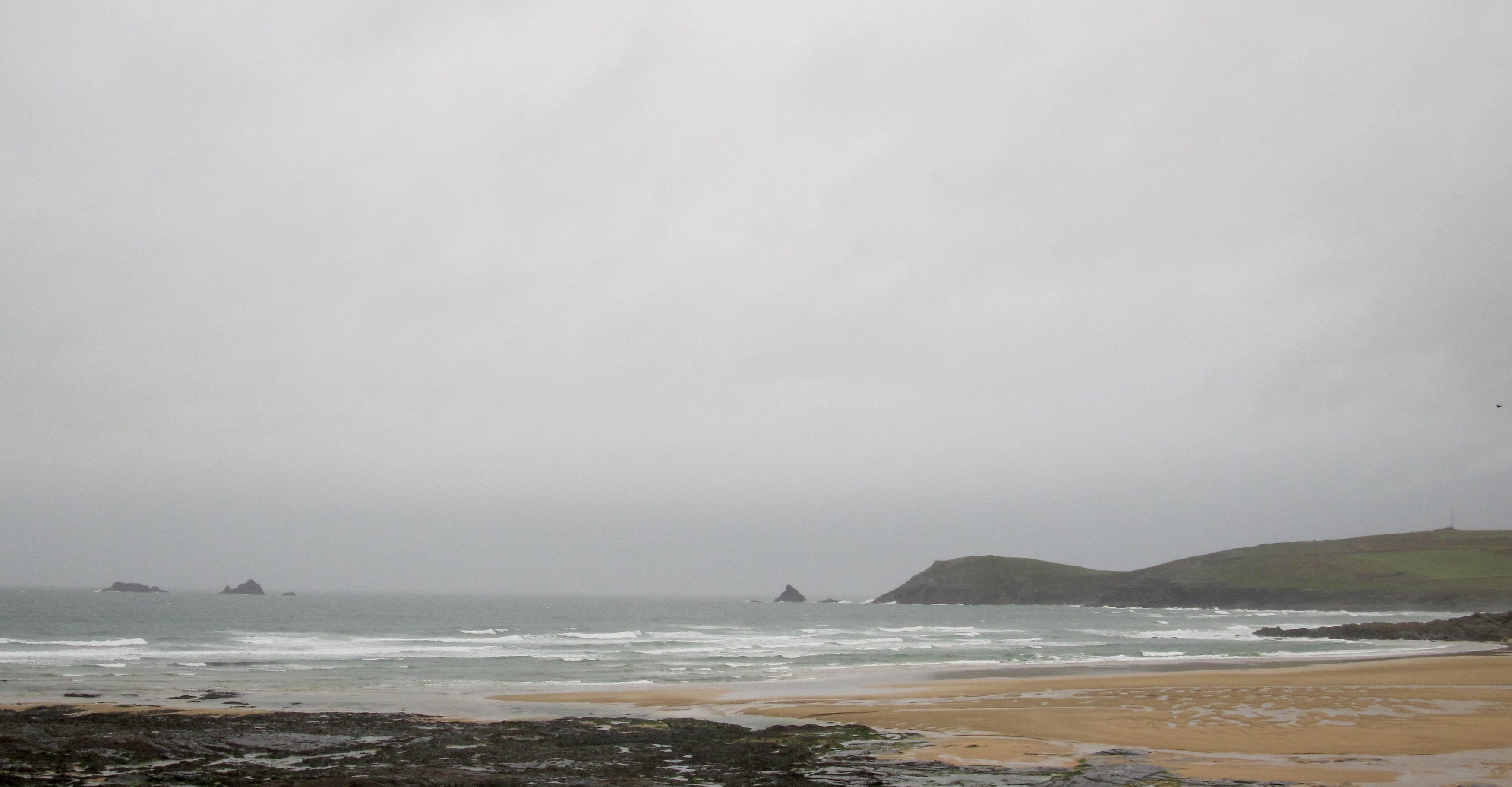 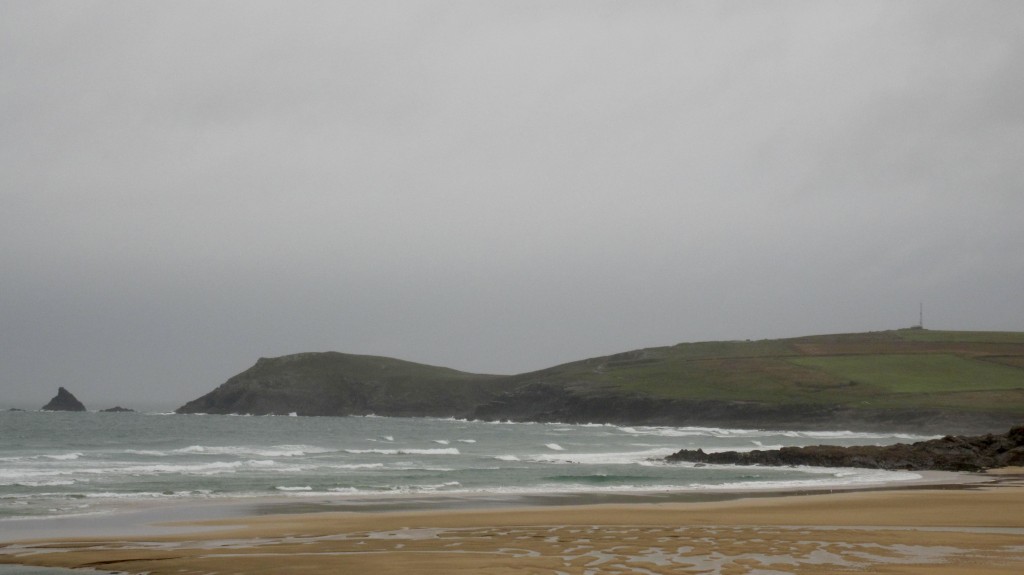 It’s a wild ’n woolly one this morning with torrential rain being caught in those strong gusts of wind.
And so the surf is a bit of a mess down in the bay this morning, that strong south westerly wind chopping and slopping the three feet or so of swell.
And there’s no sign of any improvement any time soon. Our best bet is that there’s enough swell to swing around and into Harlyn, so let’s have a look-see….
I’m away for a few days, so no surf report until midweek next week! 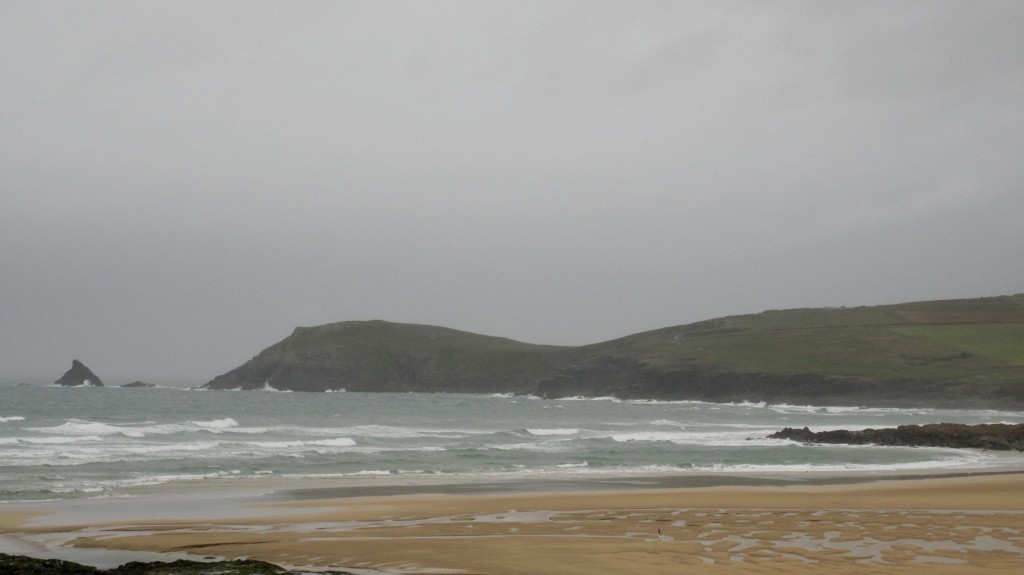 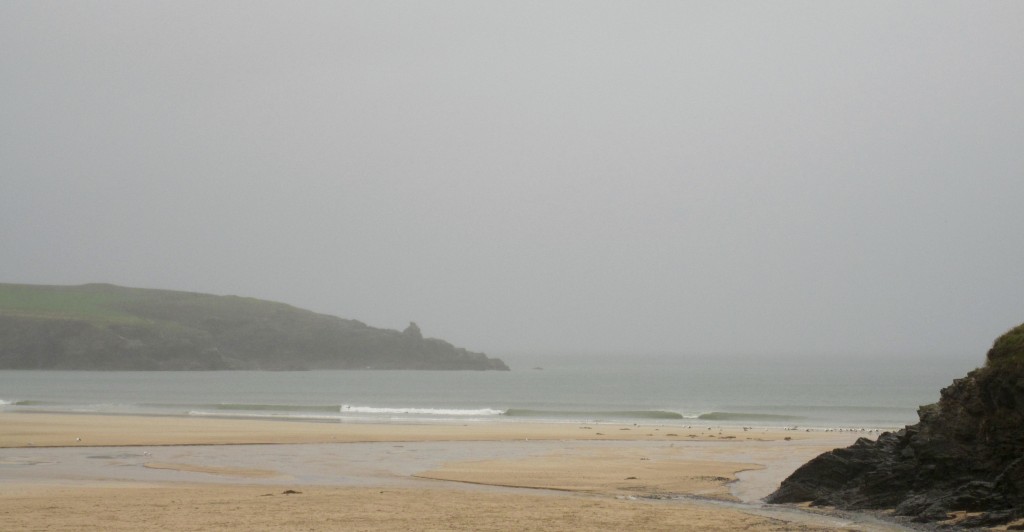 There’s a small foot or two of sharp and snappy little waves snatching at the sand at low tide this morning, a frustration of smoothness with those tiny little waves all lined up but tiny.
There should be a little more size with the incoming tide, so it should be worth another look later.
I wouldn’t be surprised to see some two to three foot and very pleasant surf just ahead of high tide later on this morning maybe. 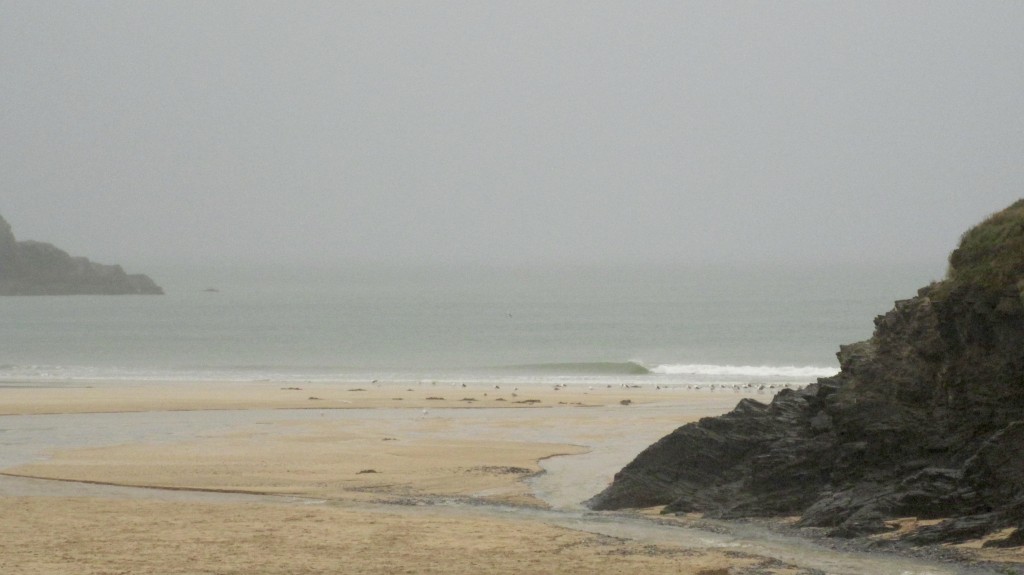 Four to five feet of windblown and raggedy surf is expected at our more exposed surf breaks, three feet or so at the sheltered spots like Harlyn.
Those sheltered spots should be good with the wind offshore and the dunes sheltering those waves from the gusts of wind.
Yep, Harlyn could be good today!

South westerly winds are set to blow through the end of the week and all through the weekend.
And those winds are going to drive in what swell there is, a more localised short-fetch swell than we have been enjoying recently.
So the choice, as so very often in these parts, is between surfing those more exposed surf breaks which will be bigger but choppy and sloppy or seeking out those sheltered spots, which will be clean and smooth and organised but much smaller!
Saying that, Harlyn could just show a little bit of size through Saturday morning and again on Sunday afternoon, Saturday hopefully having quieter winds and maybe just turning out to be better than expected!
Sunday could just be a bit blowy!
I’m away for a few days as of Friday so no surf report for a few days!
Have a great weekend, wherever you are and whatever you’re doing!