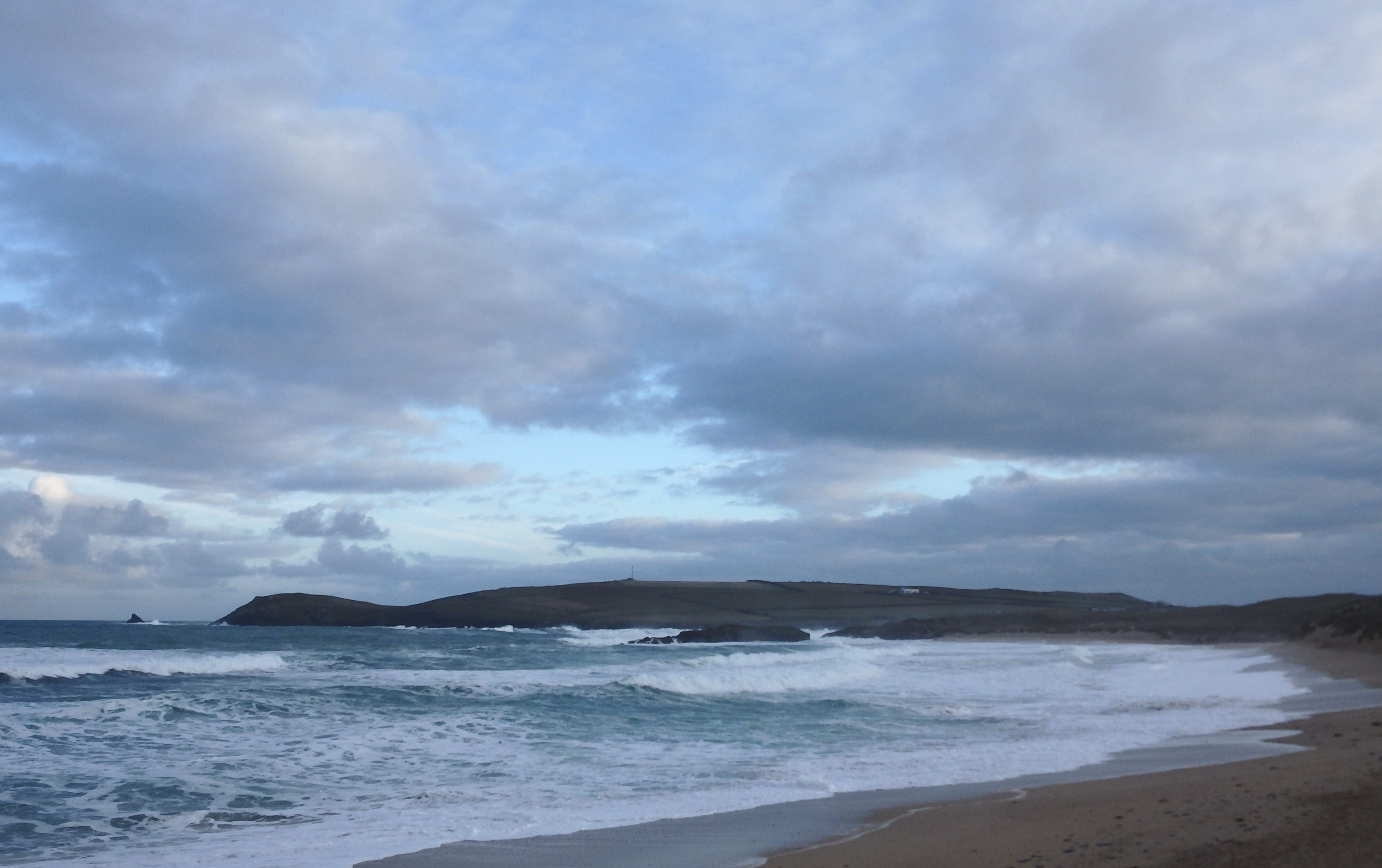 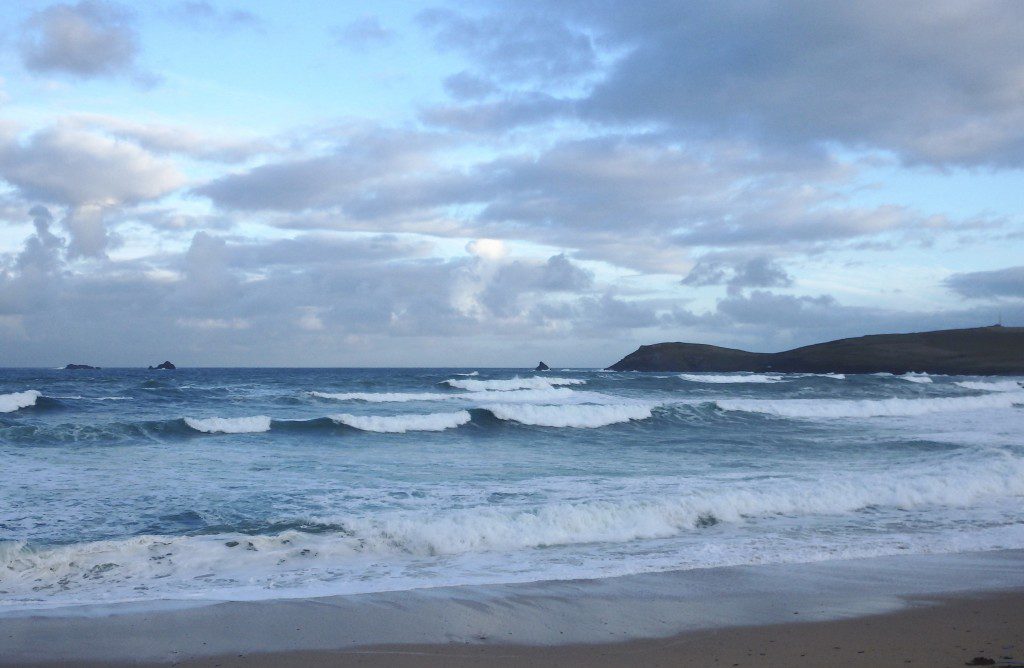 A reasonably bright and pleasant morning is showing itself between the dull and dark clouds of more threatening weather.
The wind has eased quite a bit but is still steady and still onshore gusting quietly from the north west making for another chilly one.
So the surf is all messed up again, four feet of chopped out junk just washing around the bay. There are waves but they’re not that great!

The tides are pretty huge this week, dropping out to zero metres before rising almost eight metres in just the six hours and so the chances of getting cut off if you’re wandering along the bays and beaches are pretty good!
Also, as can be seen in the image (thanks to Trethias Farm Caravan and Camping) be a little careful when wandering along the coast path too! we have had rain and wind and big tides and so there is always that chance of a little slippage! 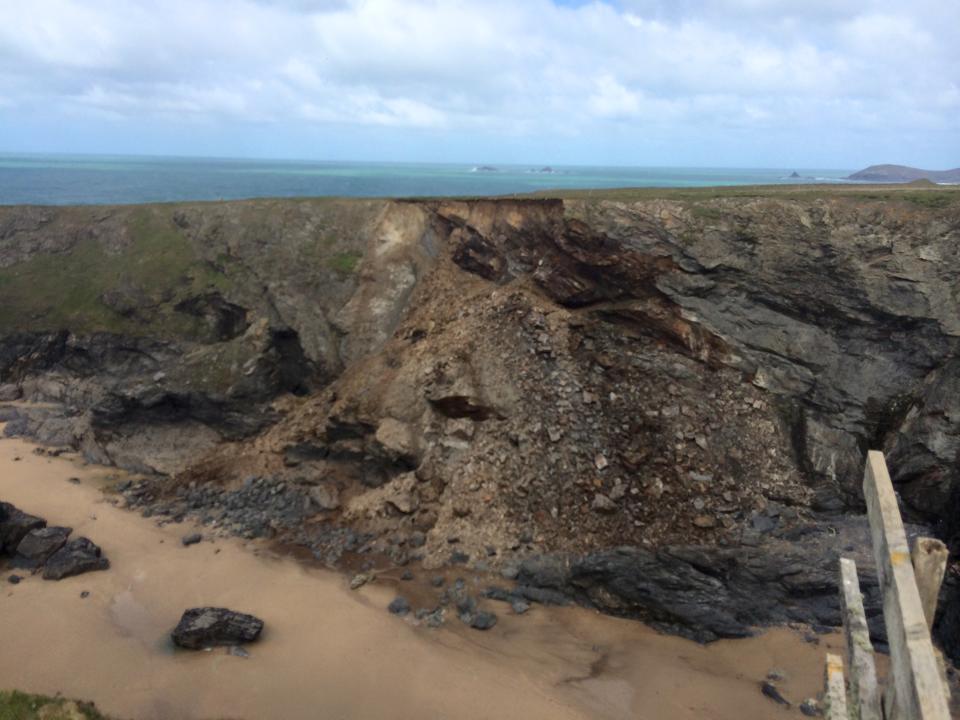 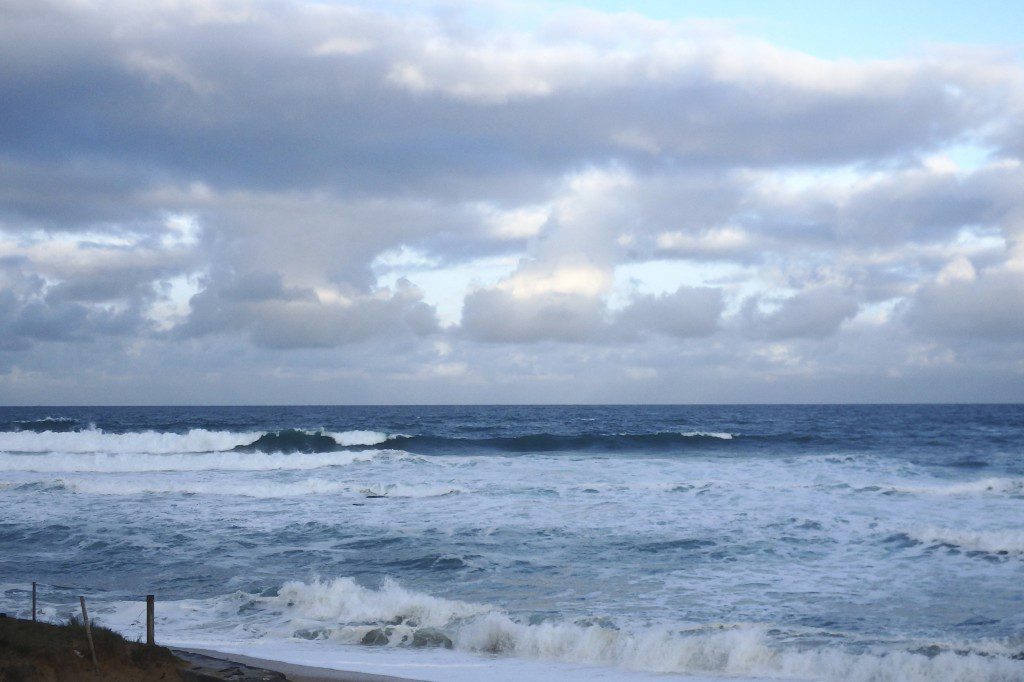 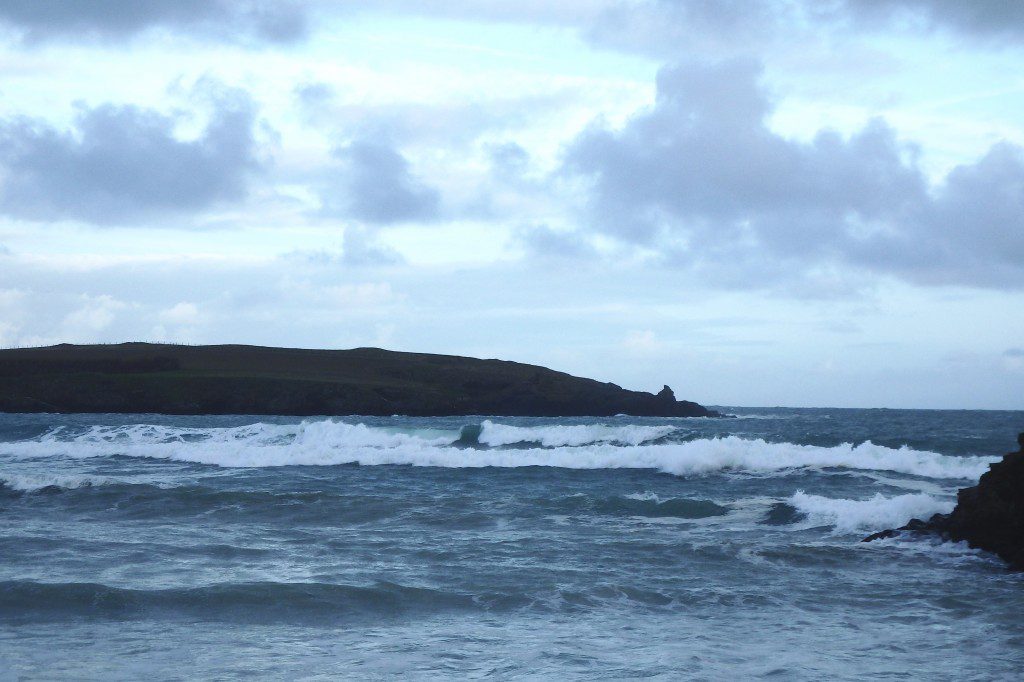 The surf has dropped as has the wind strength this morning but that wind is still steadily pushing in onshore from the north west, making a mess of the two to three feet of chopped and messed up little waves. 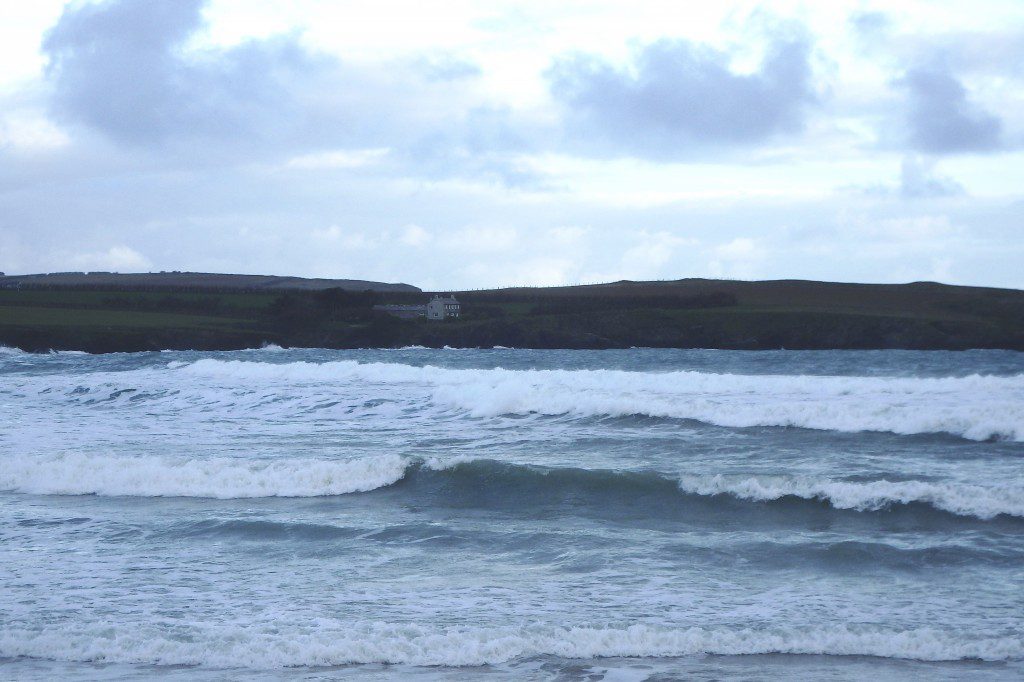 A rebuild in swell size is going to be frustrated by more onshore winds today, a fresh westerly wind pushing along a solid four to five foot swell.
So most surf spots along this coast are going to be washed out and windblown, Harlyn being our next best hope for something a little cleaner than those more exposed breaks.
I’m guessing that we are going to be enjoying one of those more typical winter Saturdays at Harlyn with some lumpy old waves walloping in on that huge tide with lots of wind to make it all a little more interesting.

Those growling onshore winds are going to take us into the weekend with a fresh westerly wind blowing in on Saturday morning, making a mess of the bigger swell.
Starting out maybe with a little north to it, the wind should very gradually slip westerly and then eventually end up south westerly, allowing some clean and pleasant three to four feet of surf at Harlyn.
The weather should be reasonably bright but with a constant threat of something darker and wetter nearby for most of the time.
By Sunday we might just be enjoying a south easterly wind briskly blowing offshore at all of our main breaks. It is likely to be a grey and damp one with some extended periods of rain but the swell is likely to be in the ‘large’ range still, making for some testing surf to ride at some of those more exposed spots.
It could be worth getting on it fairly early, the wind might just blow too strongly as the day goes on.
And then the start of the week is looking a little more promising with lighter offshores and a still lively swell to get us going!
Have a great weekend, wherever you are and whatever you’re doing!