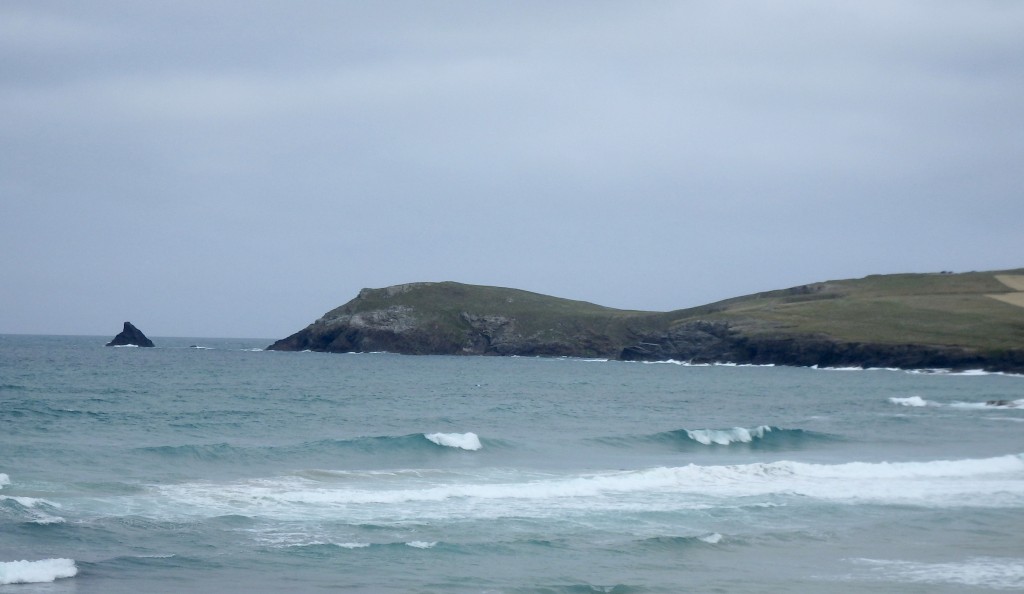 Sometimes it is better to have a later surf check and today could be one of those; there’s a neat little peak folding itself inside out over in the corner that wouldn’t have been working earlier!
Anyway, after a drive to Truro in the mist, mizzle and drizzle of a gloomy July morning, it’s nice to pull up at the beach in some warm and muggy sunshine.
That steady sou’ westerly wind is still pushing in a three foolish and lumpy, fairly close fetch little swell but as I said it is just turning itself inside out over in the far corner.
But how long that will last, well, we’ll just have to wait and see!
We should be able to enjoy some fun waves for most of the day though! 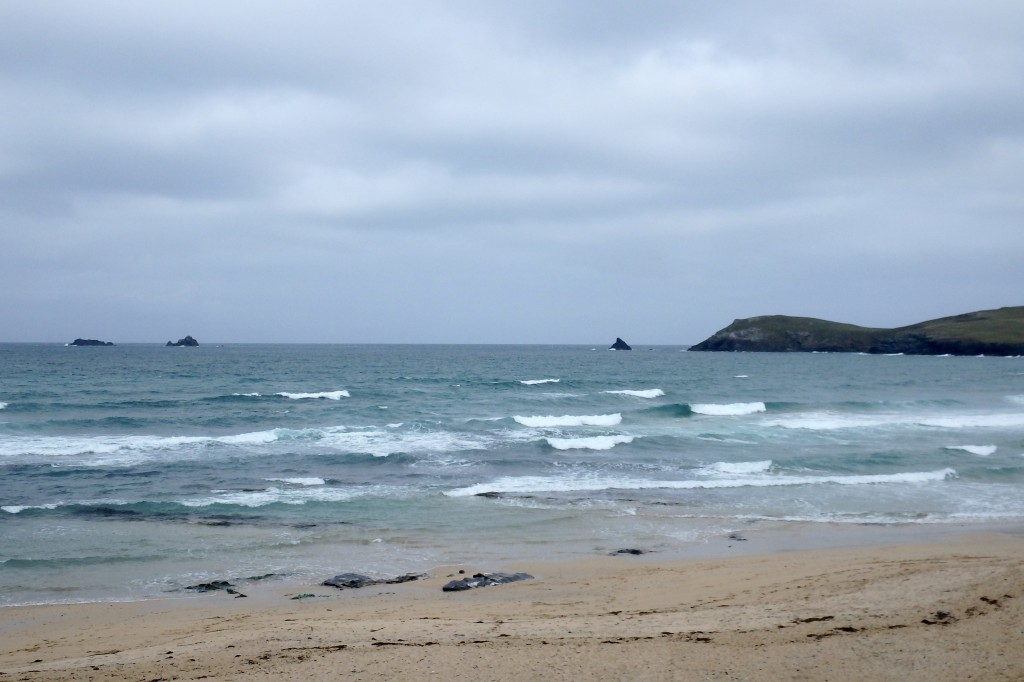 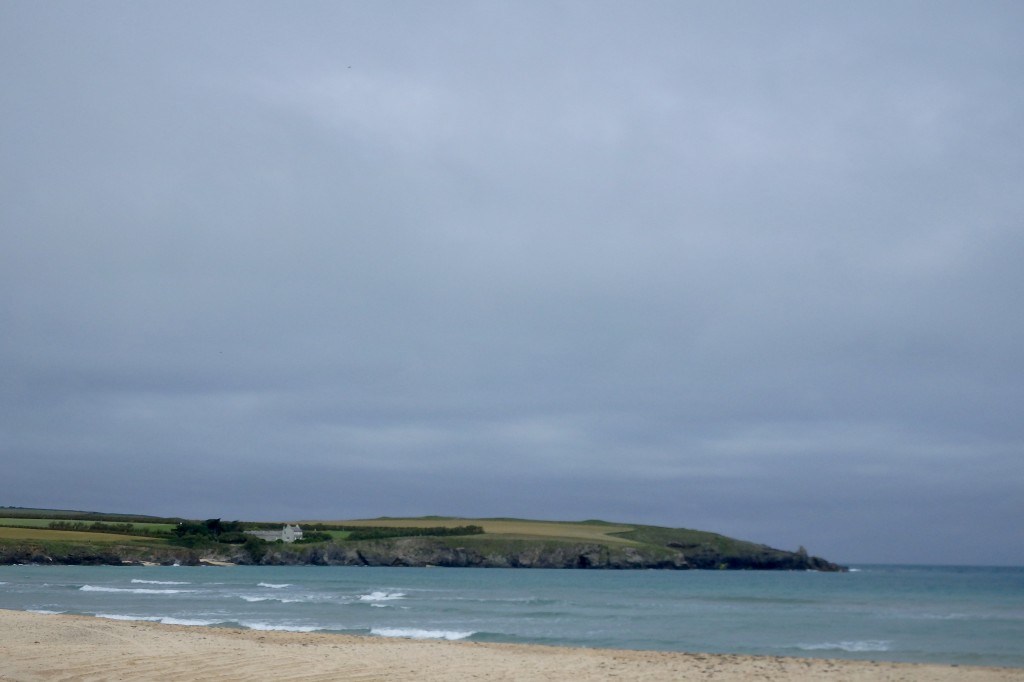 It is pretty small around here agin today and those little waves are ruffled and a bit fat looking, probably more from the effect of the dropping tide than anything else.
This evening’s pushing tide should add a little extra oomph to it but even so, it is still likely to be not much more than small and playful kind of surf. 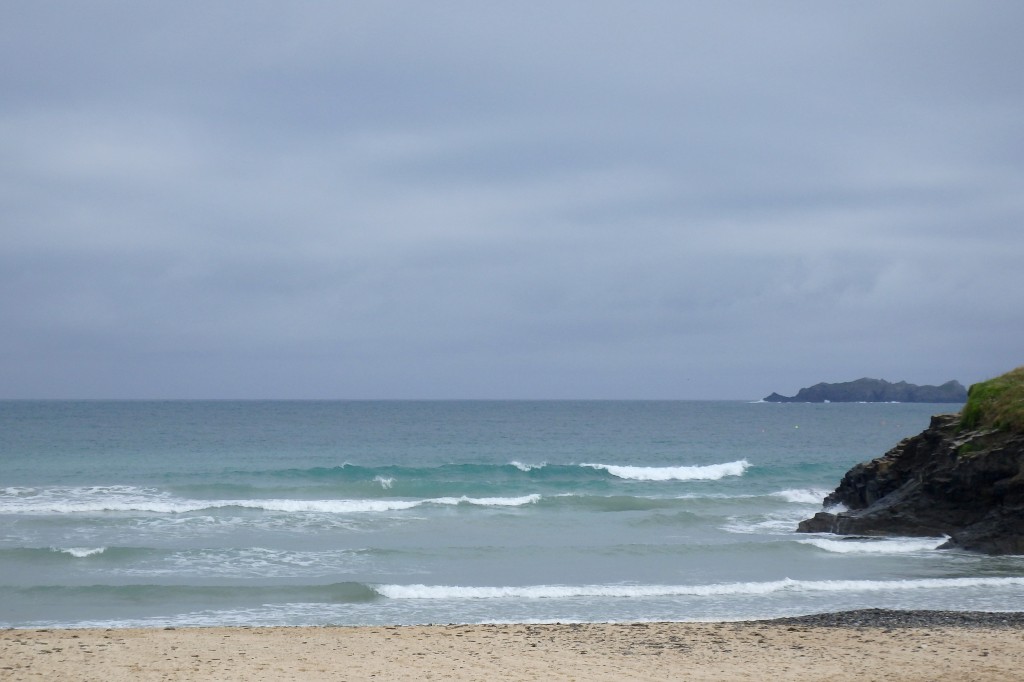 A fresher south westerly wind is likely to be messing up the surf at the main spots and it is unlikely to be much more than a couple to three feet to start out. But we should see the swell slowly thicken and strengthen as the day goes on, the size starting to increase more on the evening’s pushing tide.
I would think that we should be surfing a half decent two to three feet at Harlyn by the evening!
It’s a shame that the weather isn’t forecast to be all that though!

The back half of this week is likely to be a bit mixed, those onshore, westerly and south westerly winds bringing a lot of warm air up from the continent while attracting some dampness later as well.
A short lived little swell should show itself through Thursday afternoon and evening as the breeze dies down.
That swell is likely to slowly diminish again through Friday before another bigger swell starts to roll our way later on Saturday.
With that strong weekend swell will come some strong south westerly winds, probably strengthening over Saturday evening and through Sunday. And so we can assume that a lot of this weekend will be spent surfing Harlyn in crisp and sharp three to four to five feet and offshore blown crunchers!
It could just get quite good through Saturday and into Sunday, only slowly weakening as we go into next week.
Have a great weekend, wherever you are and whatever you’re doing!