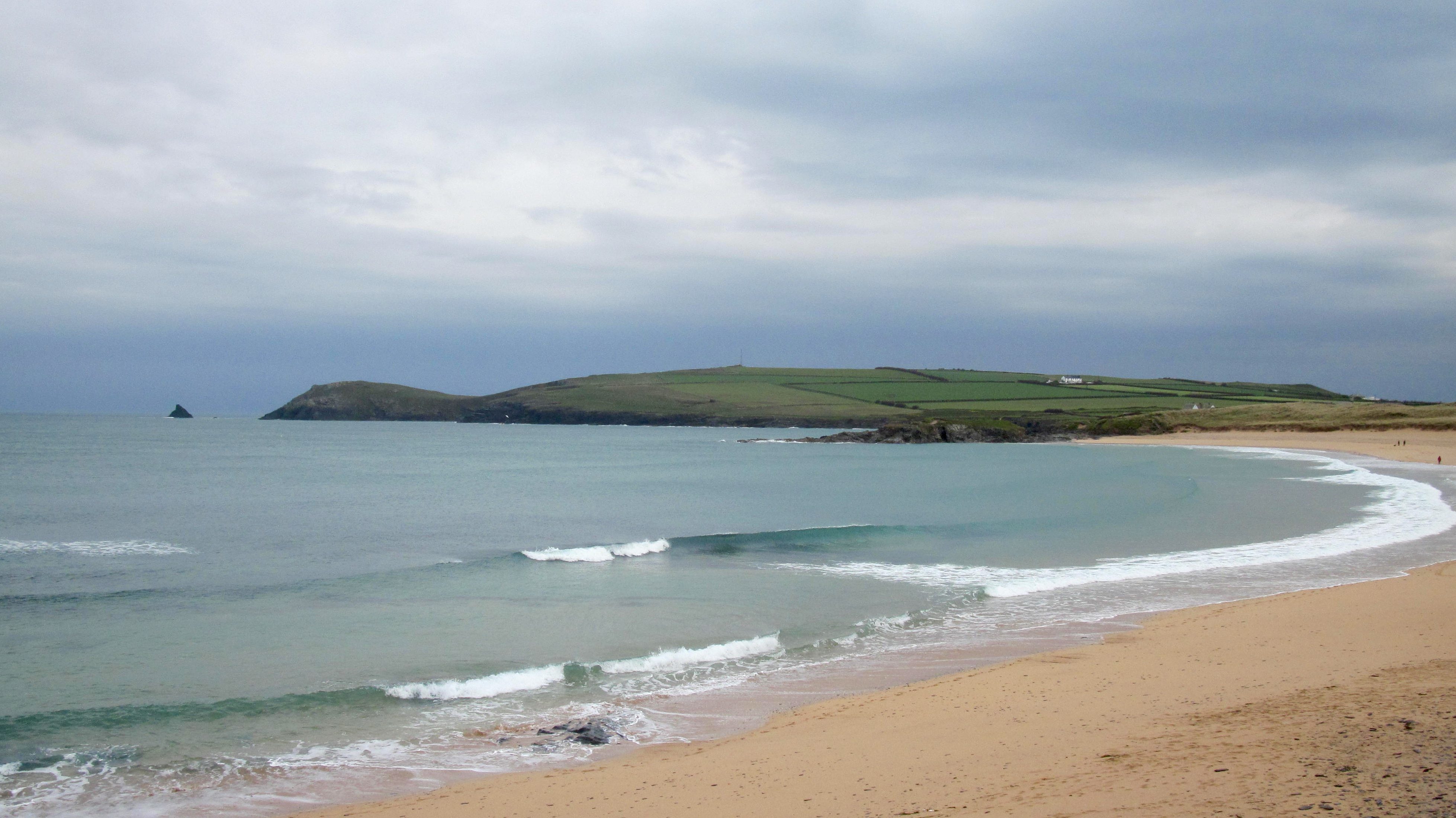 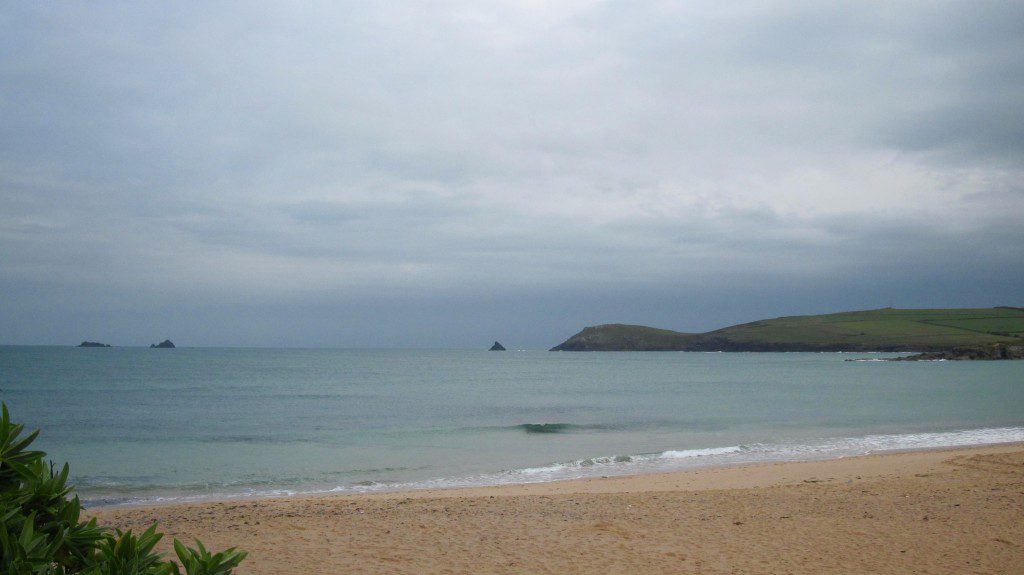 The wind is offshore under a bit of a gloomy and threatening sky, the sea a brilliant translucent turquoise.
The surf is small though, well, tiny really. The very occasional peeler peaking off the edge of the Reef and zip-sliding across to shore. There’s a good ten minutes between them but they do look fun when they arrive.
That wind is likely to slip back to the south west by lunchtime and that will change the conditions, that onshore wind making a mess of those little waves but also, hopefully pushing some more swell our way.
It is likely to build just a little this afternoon but also likely to become messier too!
Let’s hope that it brightens up in the meantime, it does look as though it’s trying! 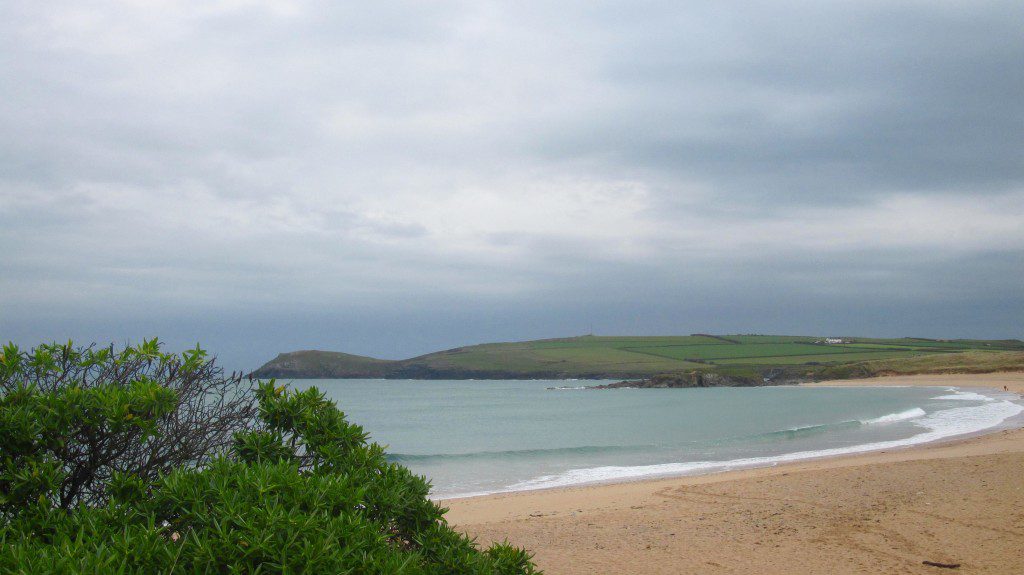 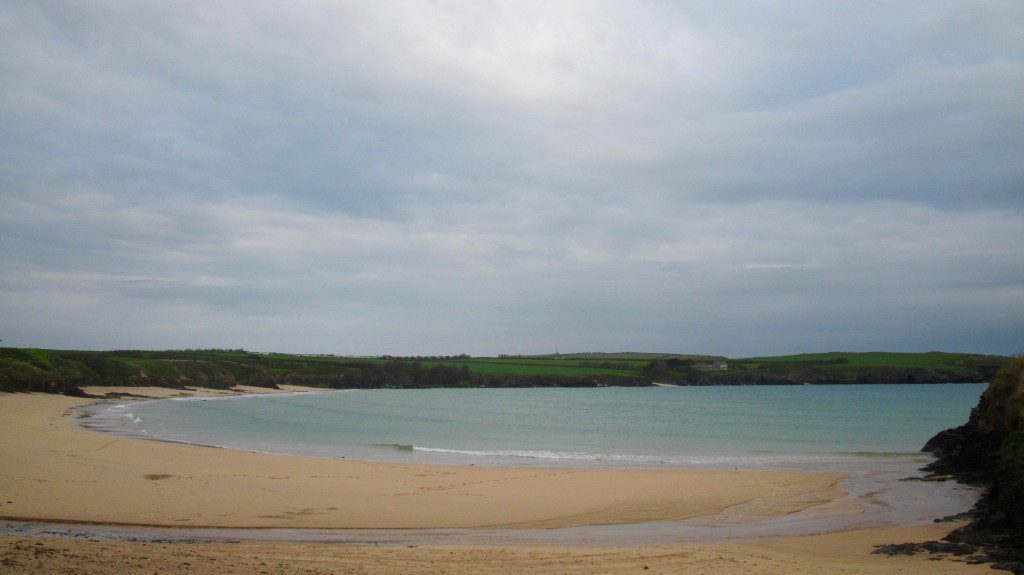 It’s flat around here this morning with tiny ripples perfectly peeling into the bay. It’s such a shame that it never keeps that shape when it’s bigger!
It is as pretty as a picture, that shimmering pale blue sea against the darker, moody sky but it is flat.
There is a tiny but just about rideable wave over the other side of the headland but even that is really very small. 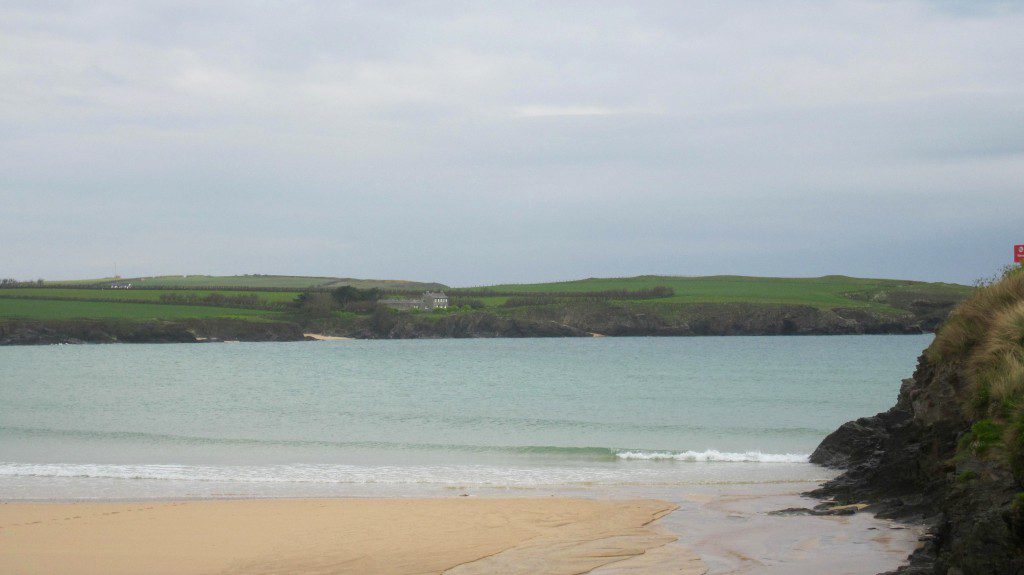 Surf Forecast for Saturday 9th May 2015

A three foot swell and a steady onshore wind are set to present fairly typical Saturday for us, that choice of three feet but sloppy west side breaks or very small but cleaner and smarter Harlyn.
The wind is going to veer from south westerly, onshore on one side of the headland, offshore at Harlyn, to north westerly, onshore everywhere by the afternoon. The young ‘uns are going to enjoy those onshore but warpy peaks, lip-launching their various aerial flights but it is also likely to be alit of a paddle!

A bright and cheery weekend awaits but, as ever, the wind is likely to control where the best waves might be!
Friday is likely to see a drop in surf size with offshore winds creating some pretty but really very small surf in the morning, a foot or two at best but an immaculate and fun foot or two. It won’t be long before that wind slides onshore though, making for for messy stuff through the afternoon.
And that’s likely to be where the wind stays for the weekend.
Saturday is likely to be three to four feet but with a north westerly, onshore wind making for bumpy and choppy conditions. At least it should be brighter and milder which always helps, that spring sunshine settling in as the weekend unfolds.
By Sunday the wind is likely to have backed completely to the south, maybe even the south east for a moment or two on Sunday morning. And Sunday morning should be bright and warm and pleasant too! If the wind does behave itself then we might just luck into some very pleasant two to three feet of clean surf. Or, if the wind skips straight to the south west, we could be surfing small but sharp and snappy Harlyn!
Have a great weekend, wherever you are and whatever you’re doing!