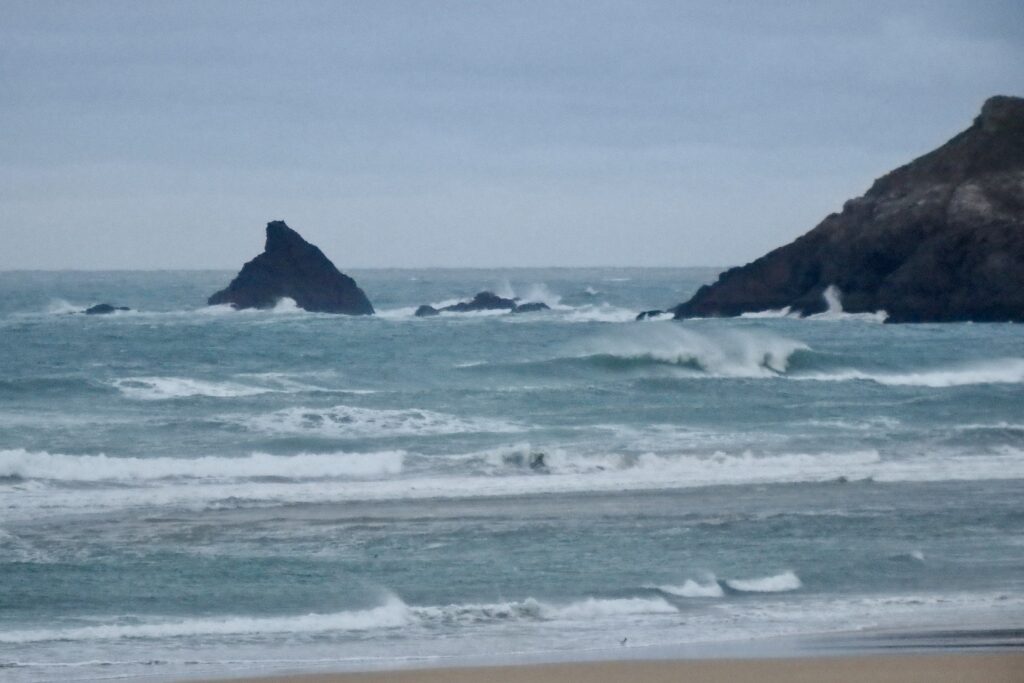 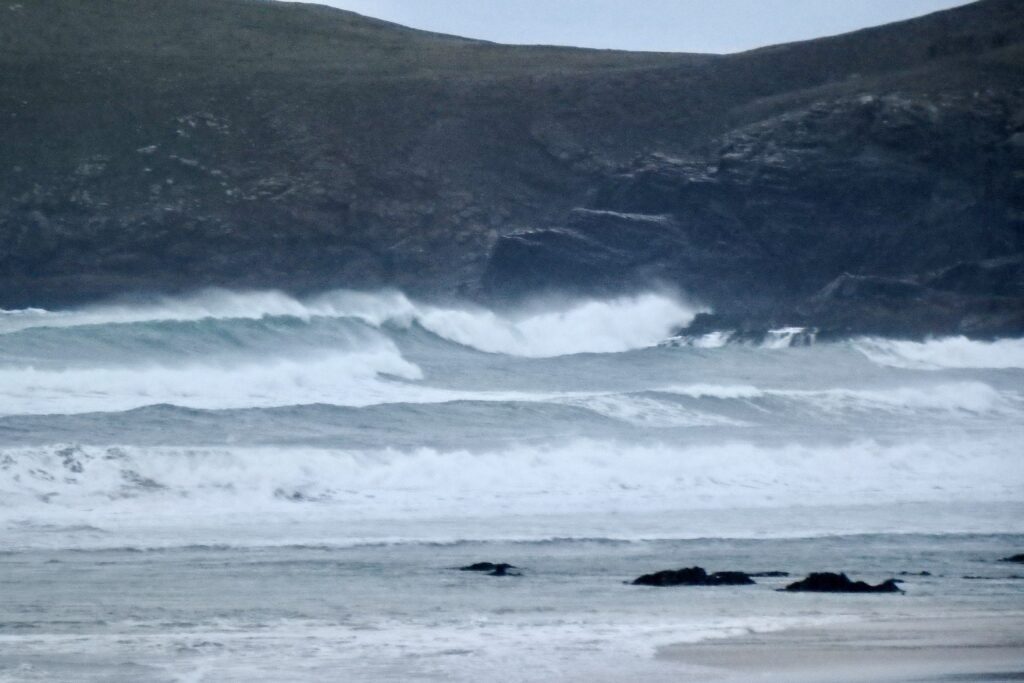 The wind is skipping down from the north north east this morning, a cold blow but fresh and invigorating too.
Some big lumps of surf are being tossed and turned by that wind whistling around the bay, six feet plus of chunky greyness being held and then pushed at the mercy of that wind.
If it was summer temperatures you might be tempted to give it a go but as Adrian (Philips) of @fluidjuice.co.uk said, ‘it’s not exactly tempting!’ – And he’s right! 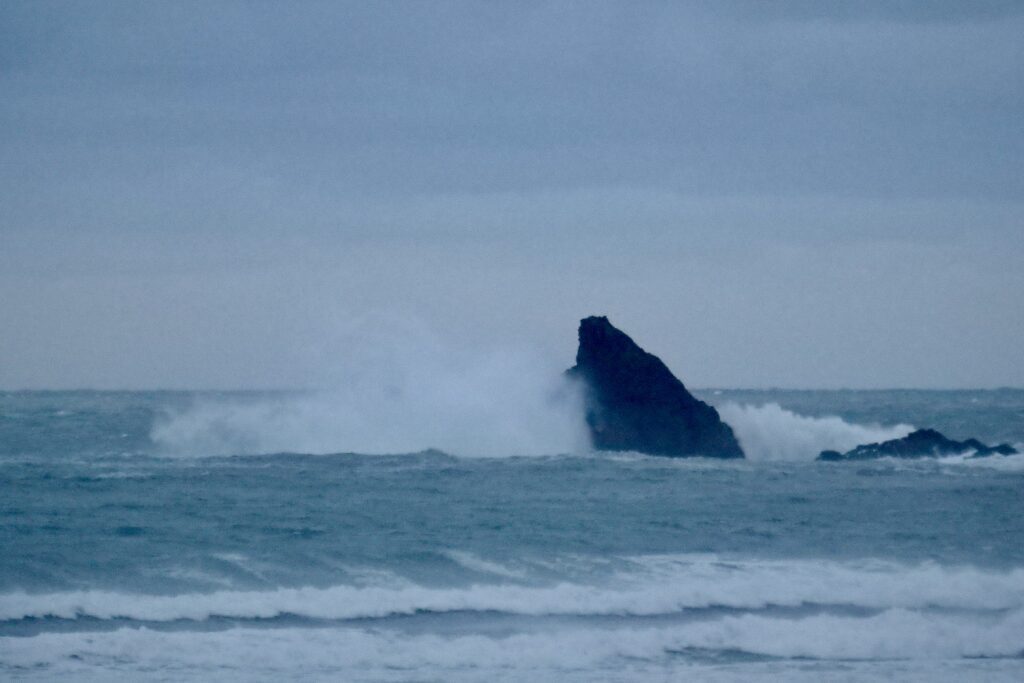 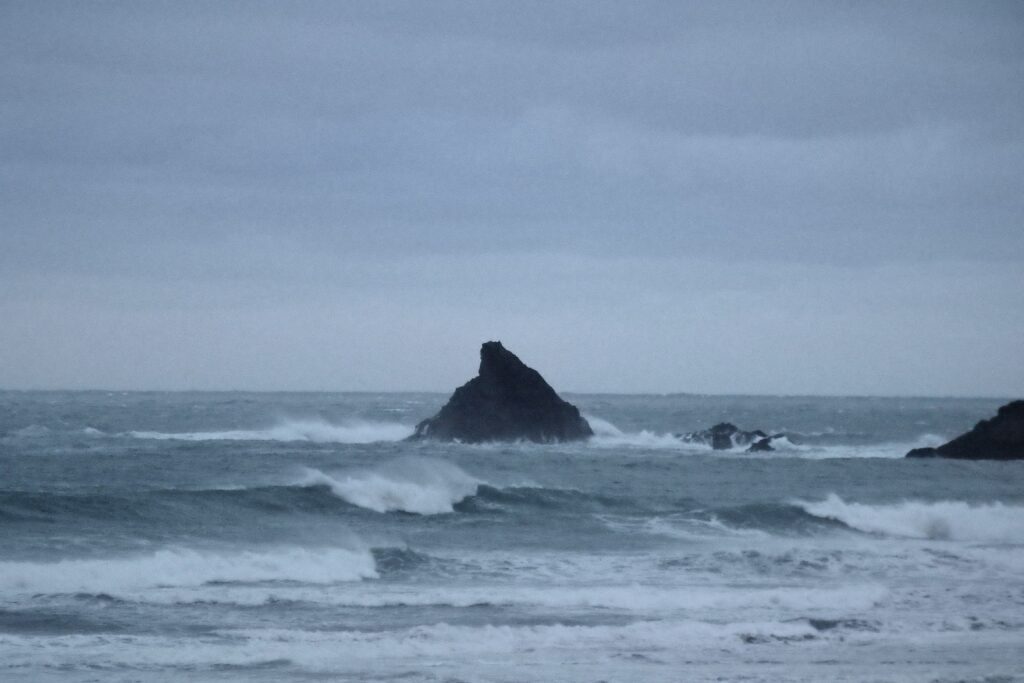 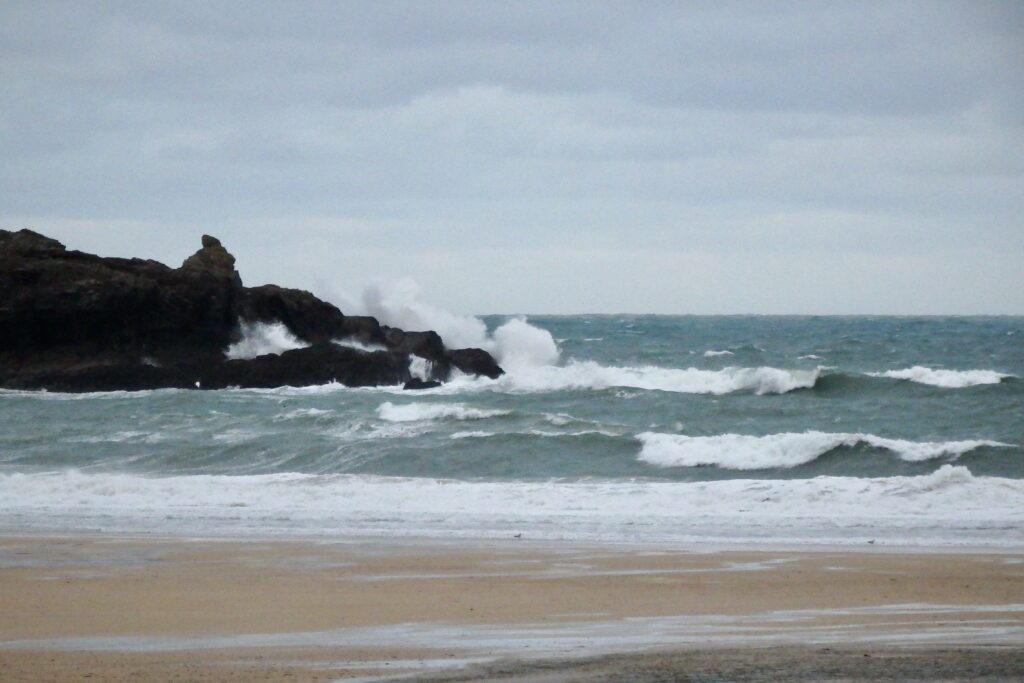 The north easterly wind is funnelling straight into Harlyn Bay this morning, mixing and messing the four feet or so of already churned up surf.
It’s grey and dark and choppy and windy and there are about three hundred and twenty two better things to do other than surf here today.
One of which might be slipping over to the other coast maybe? 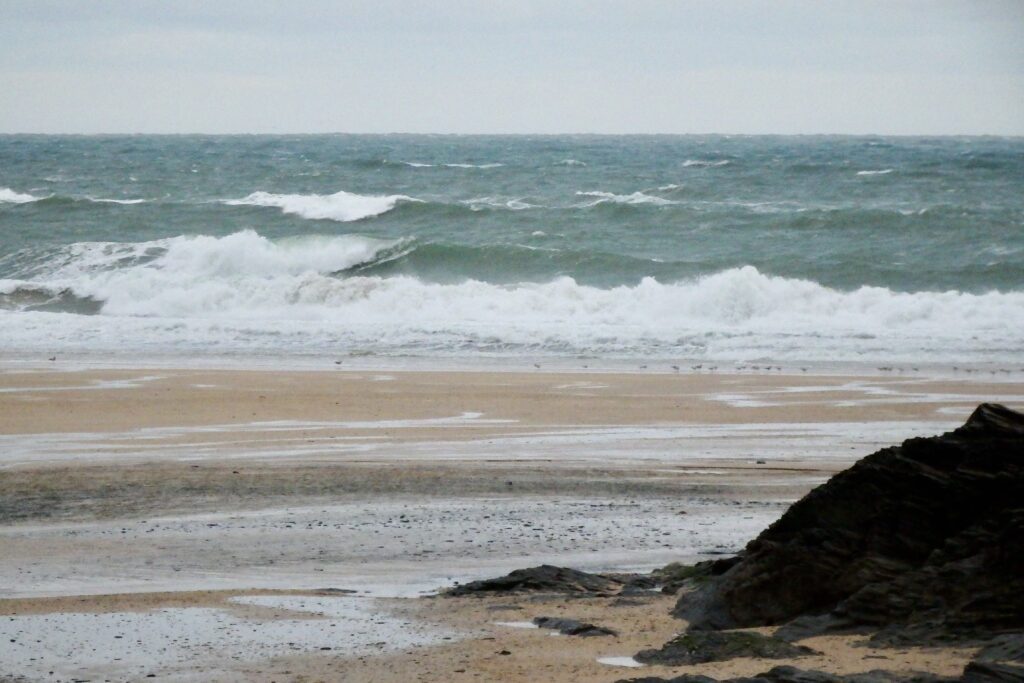 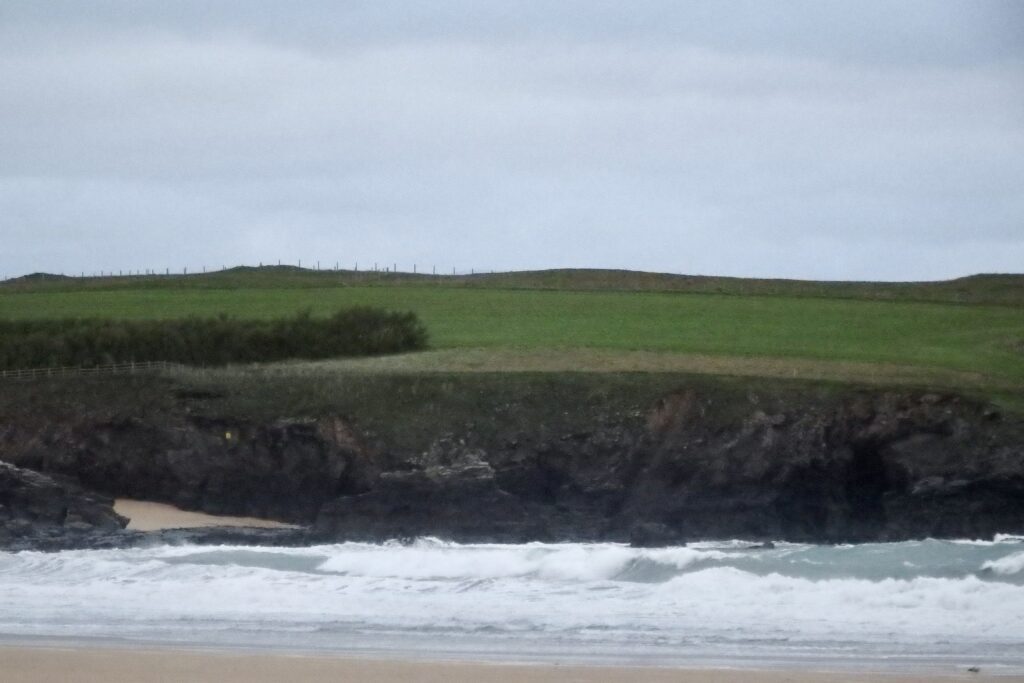 Hmph.
More north westerly winds are going to be gusting in to blow the building swell into more messed up and chopped out, big but trashed out surf.
Our only hope is the far coast again, which should build through the day, maybe.

Cold and onshore winds are going to continue to plague us as we go into this weekend, the brisk northerly blow of Friday gradually easing more north easterly as it calms through the evening. But I think that it will be too dark to enjoy the benefits of those cleaner surf conditions.
We will be enjoying a regular south westerly wind through Saturday morning, a building swell just waking Harlyn up and throwing a few little hollow ones at us.
Make the most of that though, those north westerlies will have returned by mid-afternoon to chop out the building surf.
And that’s it for Sunday, a blowy north westerly wind will chop and slop the six foot swell at all of our surfbreaks on this coast, making the trip down south an appealing idea?
Have a great weekend, wherever you are and whatever you’re doing!