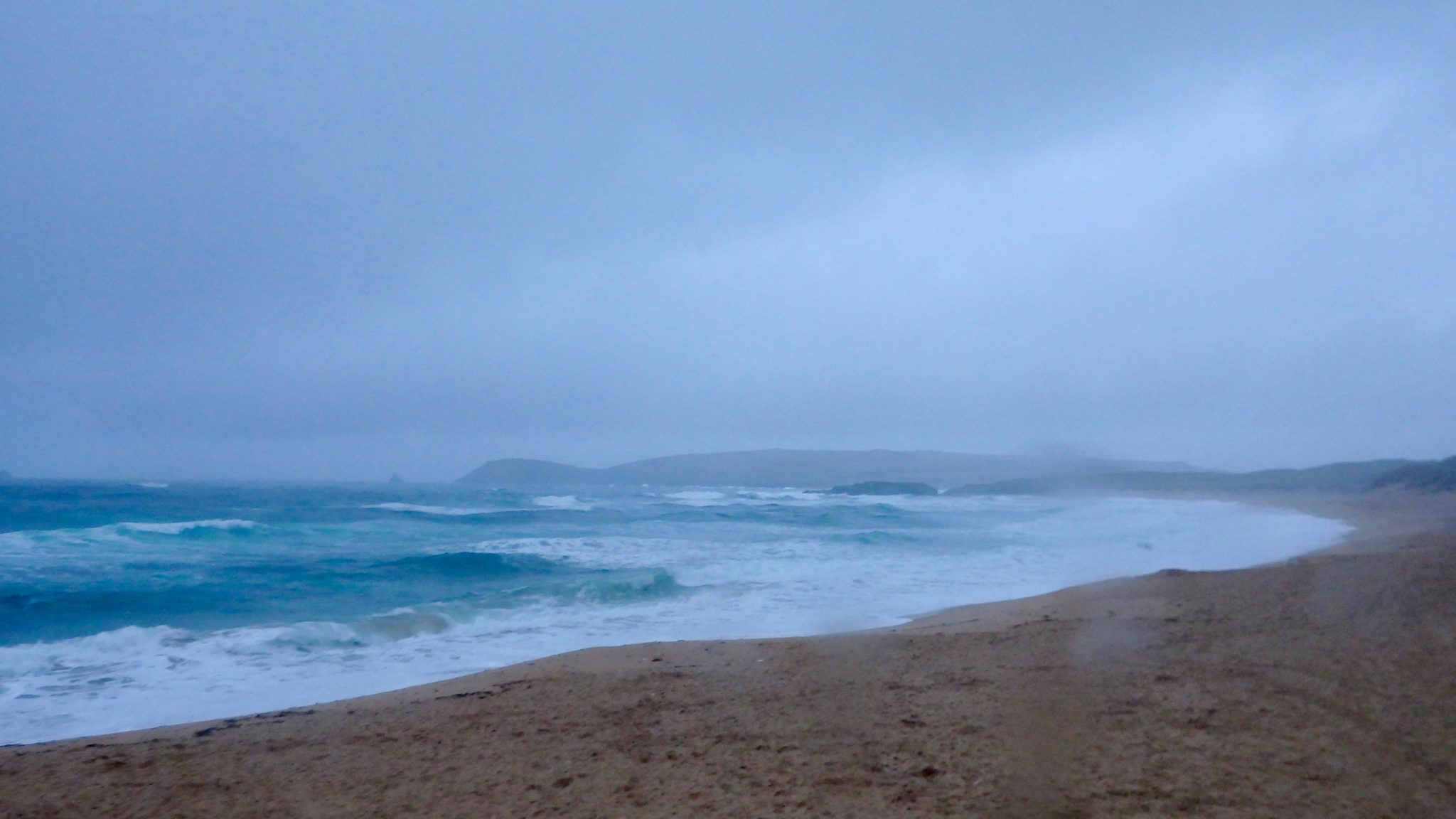 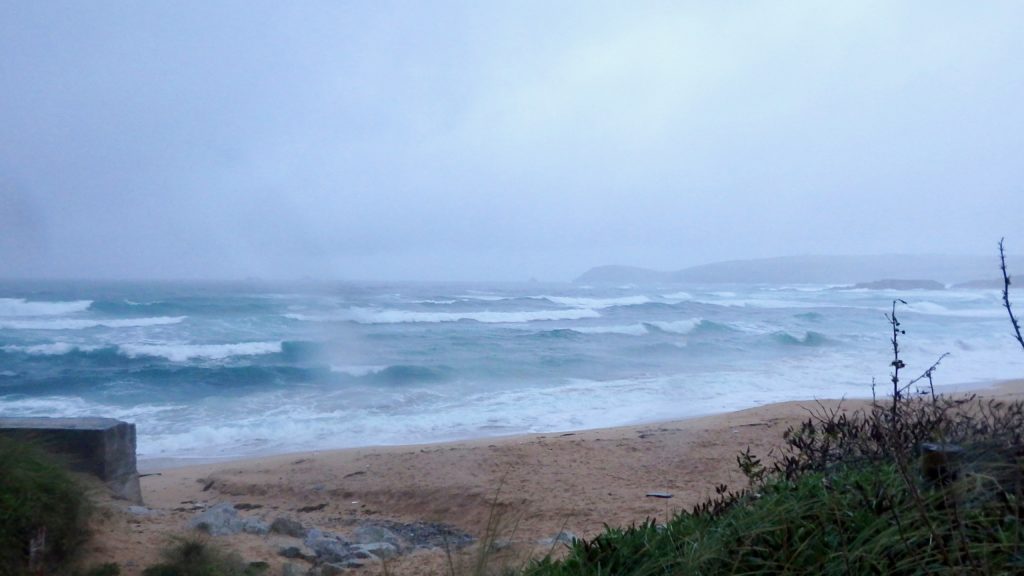 It’s a shocker of a morning this morning! There’s a north westerly blowing a hoooly down the coast driving sheets of penetrating rain ahead of it as the hedgerows rattle and shake to the rhythm of the storm.
It just makes you wonder how the Caribbean is holding up, this is a breeze compared to what they are going through!
And so the surf is a mixed up mess of chop and slop.
Four feet of broken and shapeless waves are being blown around the bay with no outside area, just a sea of broken waves.
It’s likely to be a good while before it improves any! 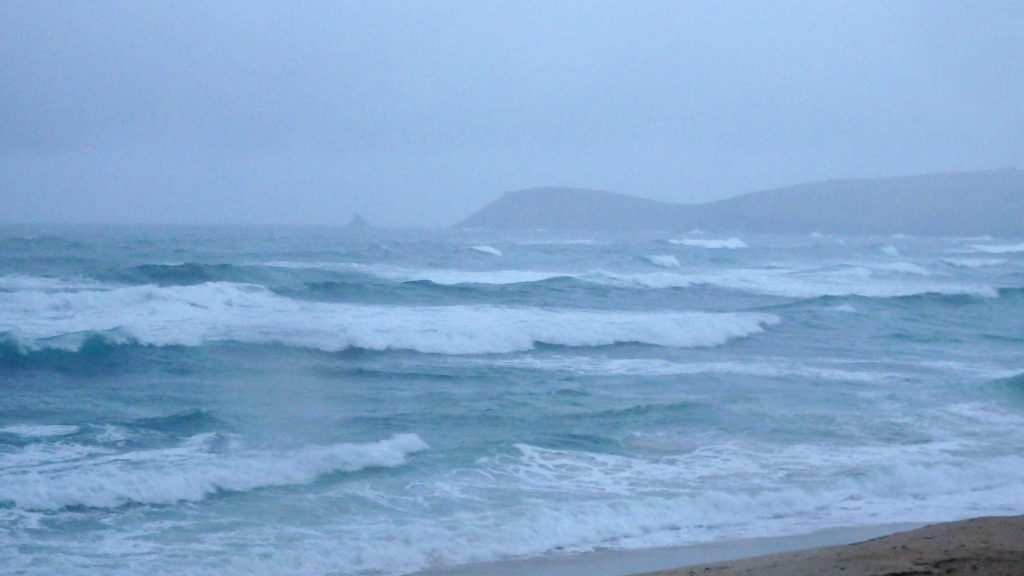 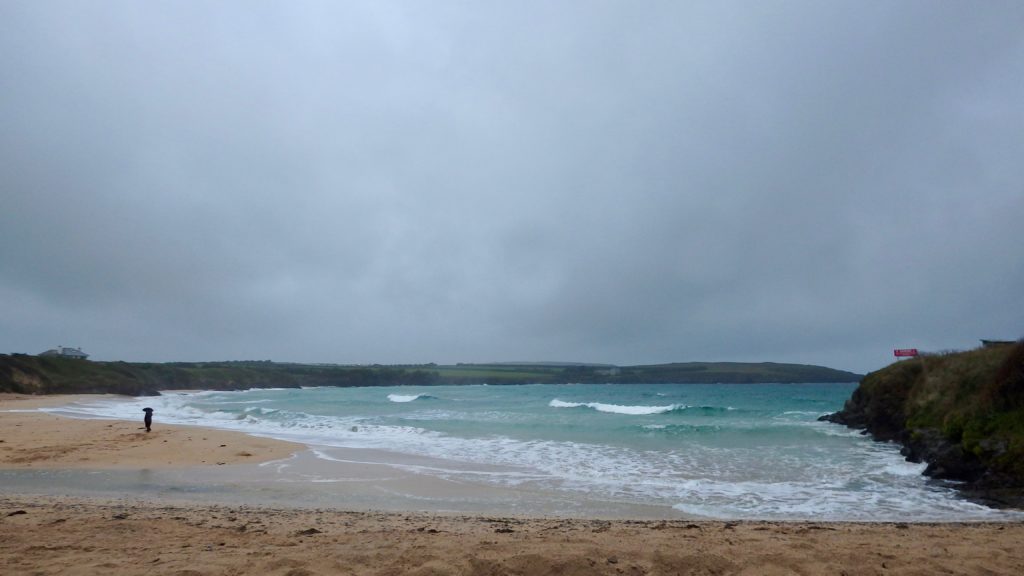 This north westerly blow is blasting straight into the bay here this morning too but it’s blowing so hard that the high tide waves are almost being blown smooth!
Well, that is a bit of an exaggeration but you know what I mean!?
The dropping tide will expose it all to the full brunt of that stormy wind but for the moment it is all very atmospheric and kind of strangely pleasant in that driving rain and screaming wind! 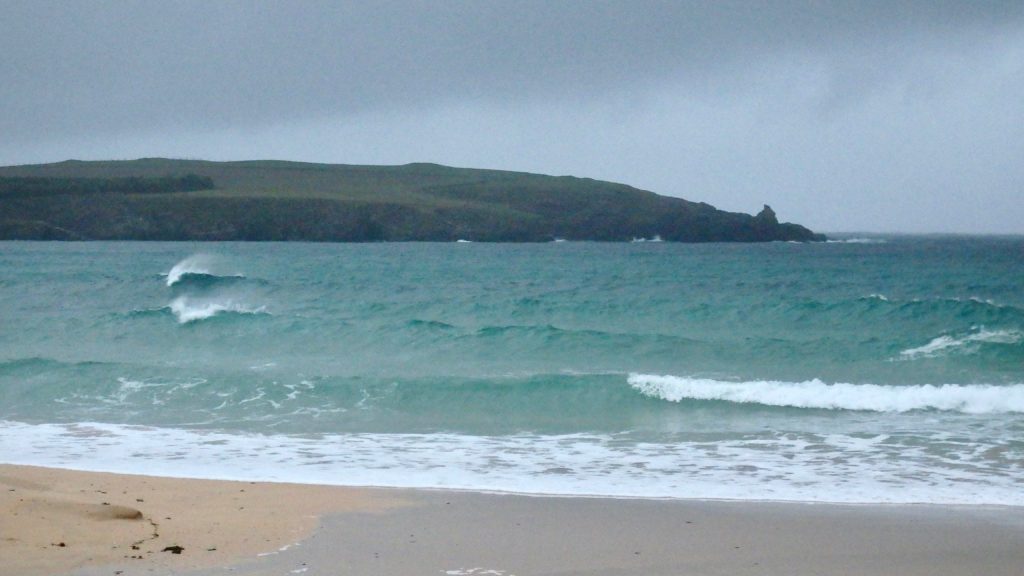 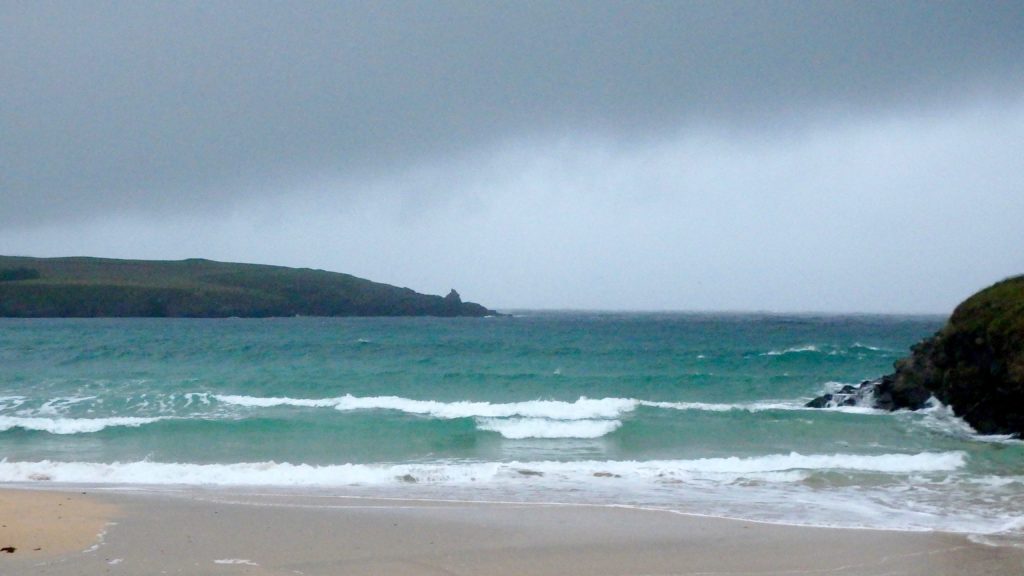 Another day of blasting north westerly winds and driving rain!
The size of the surf is of little importance because you’re unlikely to be able to paddle out to it at any place around here! But it is likely to be just big and stormy and blown to pieces by these storms!