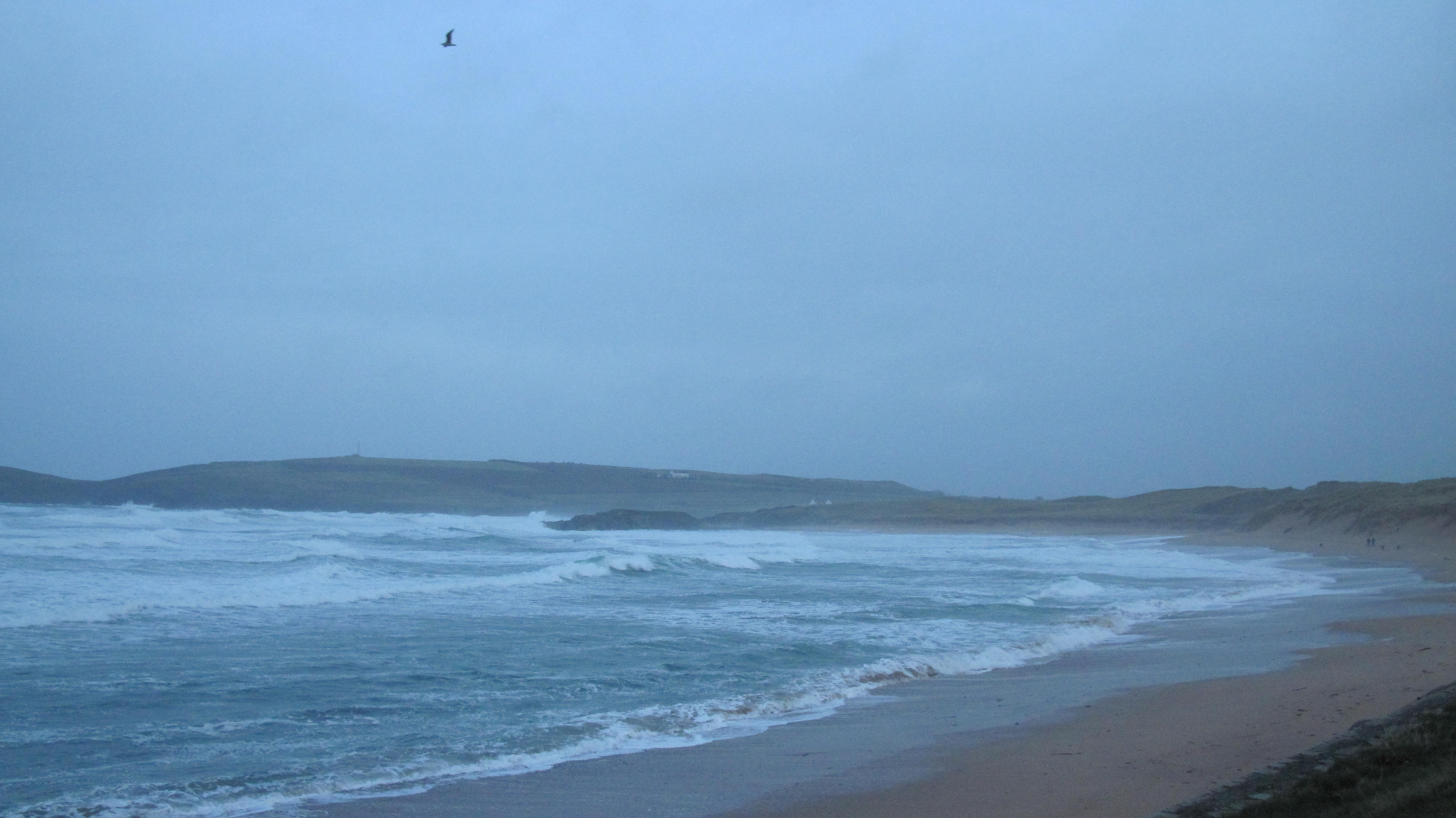 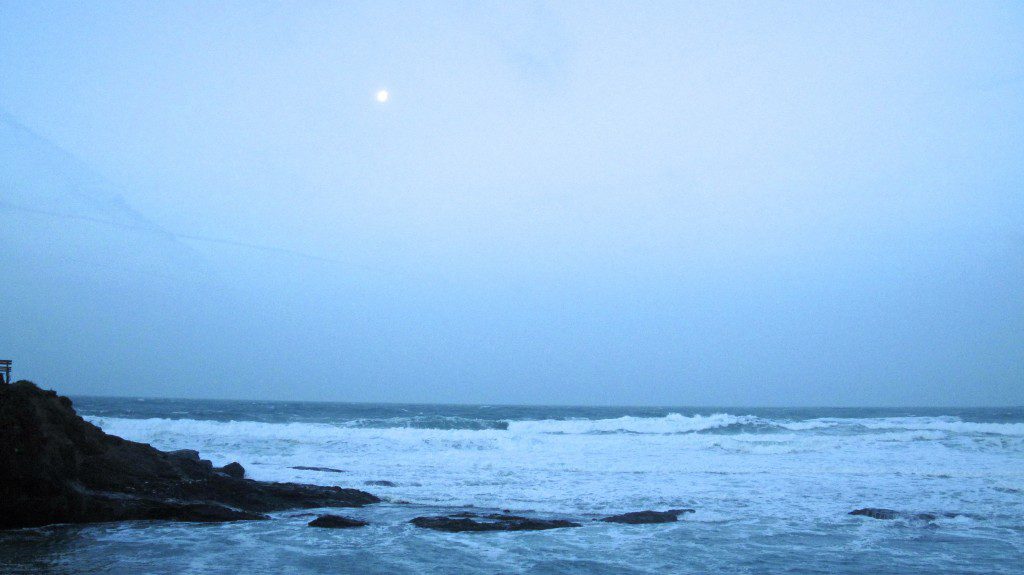 The wind is blowing strong again this morning, pushing its way into the bay and barging that quite big surf out of its way as it does.
The surf is probably big enough to be called big without being huge and it’s messy enough to be of little interest to a surfer. It’s just a blown out mess.
But while those wild waves roll in they are moving a lot of sand and some stone around, uncovering the wreck of the Karl over at Booby’s while piling sand high in the south corner of Constantine. So maybe when conditions calm there might just be some well shaped banks to provide some good surf. But that seems to be a long way off.
In the meantime it is just a big mess of sloppy and choppy surf right now and it looks set that way throughout today.
But the wind is more southerly than it was yesterday, so hairline should be showing something.
Let’s have look……… 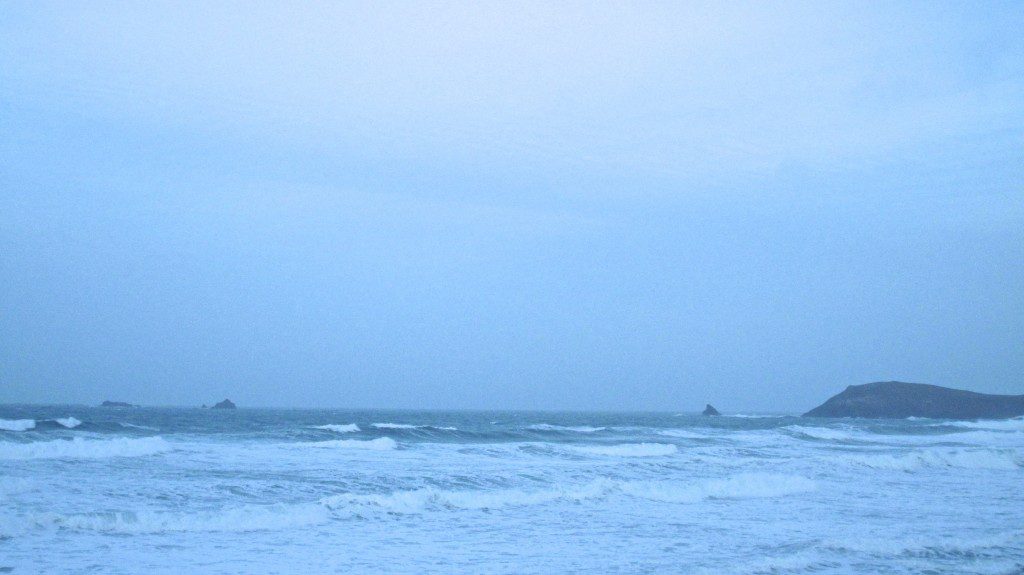 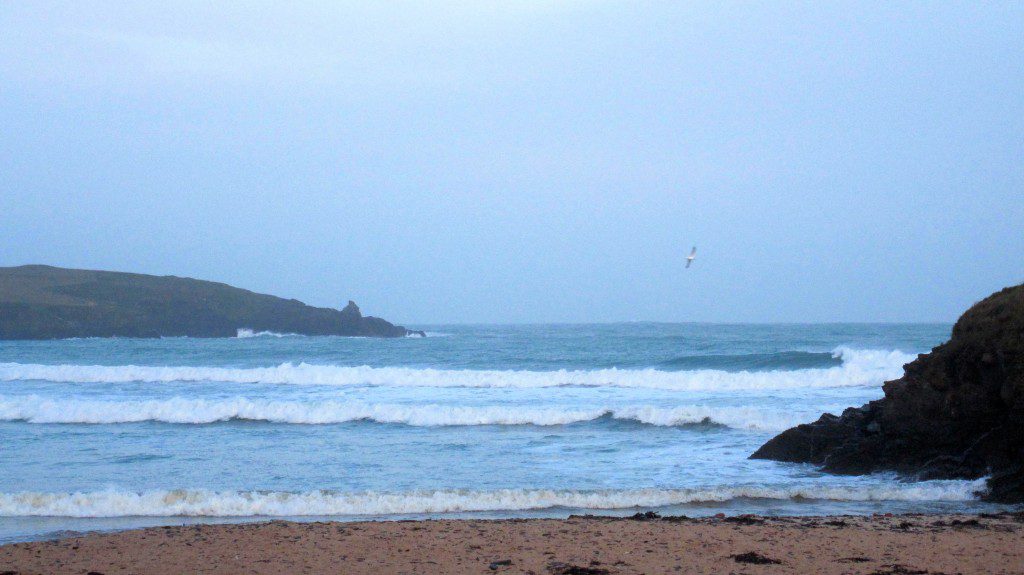 It’s cooking here this morning and I think that it might just be quite a bit bigger than it looks too!
It looks like it’s three to four feet but it might just be six foot plus on the sets. The wind is almost offshore but more sideshore at the moment. But it is quite sheltered right now as the tide lingers off high, ready to drop out quite quickly I would presume.
Some of the bigger sets are doing that standing tall thing, walling up and holding for a long time before exploding across the bay, some of them closing out, a few peeling too quickly and one or two, just one or two, looking excellent. Those big right-handers steaming across the bay, bowling as they go!
You’ll have to be picky but they’re there! 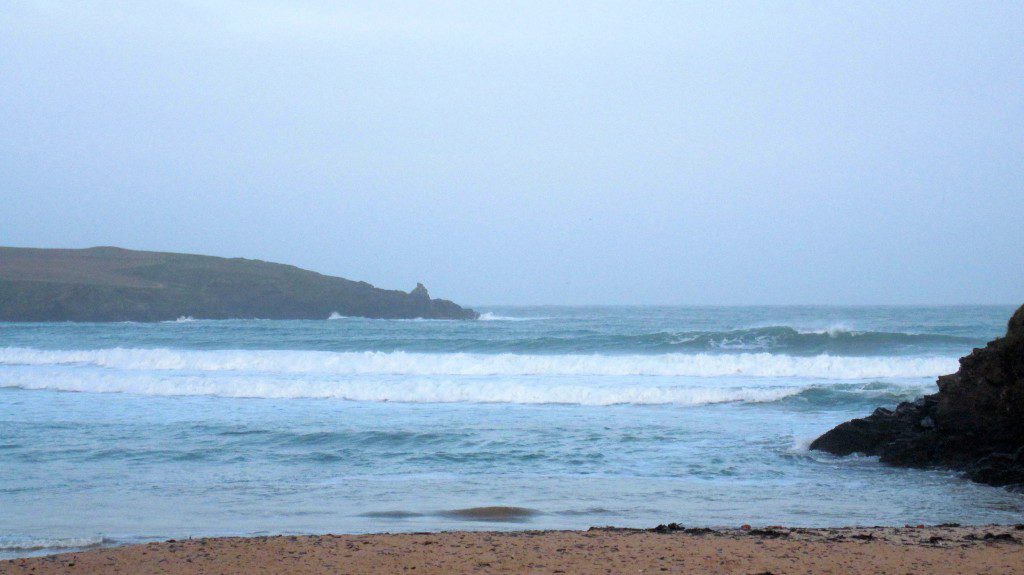 More stormy weather is on the cards, storm force winds set to open the day, those hard blowing westerlies destroying any chance a surf on those west facing breaks.
It should be wild and wonderful to watch but you probably might not want to try surfing it.
Our sheltered breaks might just take some punishment today too, that big, windblown swell battering its way into the bays and whirling around the corners into those other spots.
I think that the south coast might just be the only place with waves that you might want to surf today!