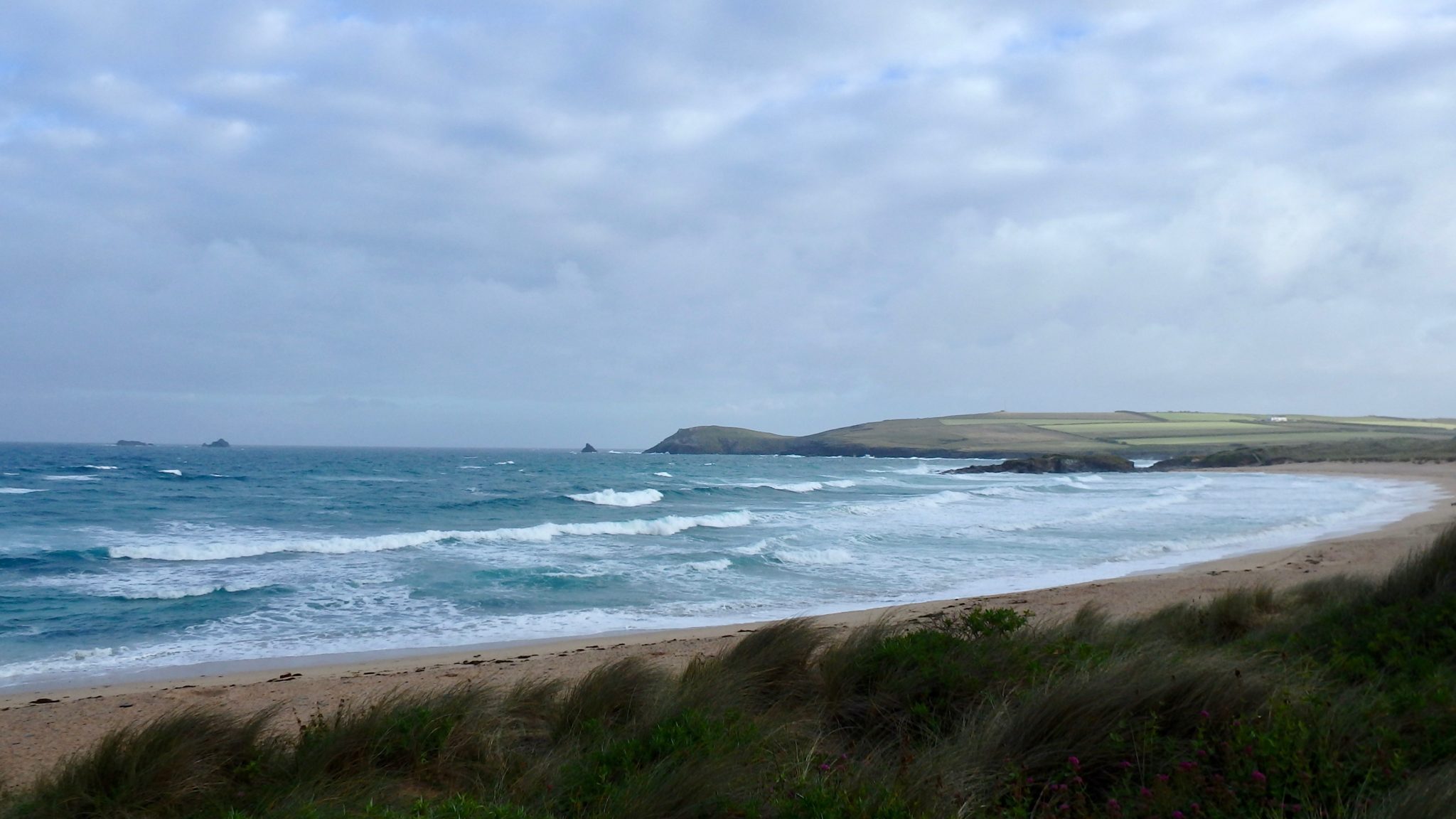 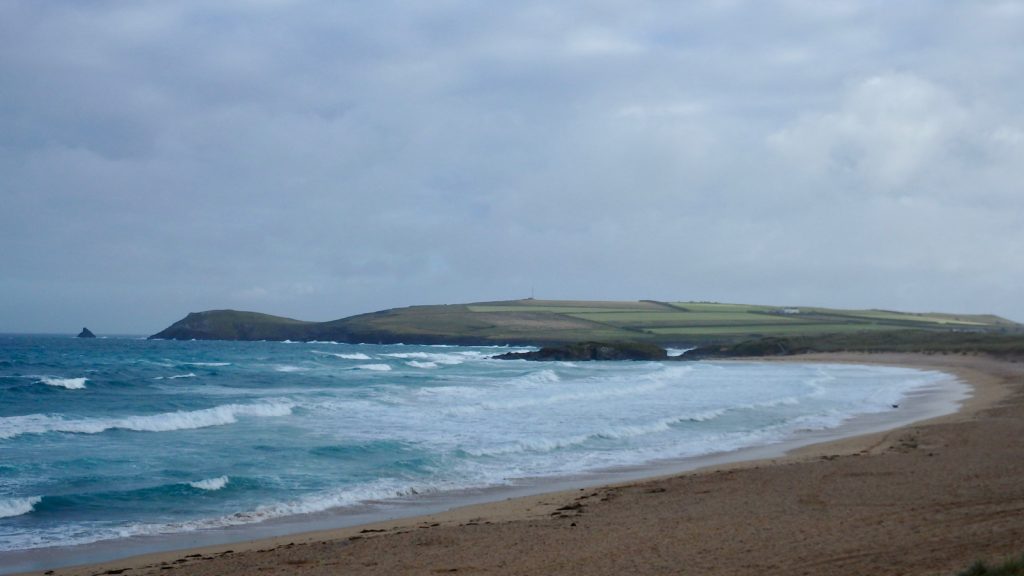 It’s a brighter and cheerier one this morning, the wind still blowing fresh from the south and west but pushing those bumbling lumps of dark cloud away quite quickly.
The Royal Cornwall Show will be lucky not to suffer more than a couple of showers but otherwise it should be another great show with windy but half decent weather for most of the day – but bring your wellies!
The surf?
Well the wind is blowing in more of those mixed up and lumpy swell lines and so again it’s a choppy mess of three to four foot surf out there at just about bang on high tide.
This wind should be cleaner around at Harlyn so let’s go look see! 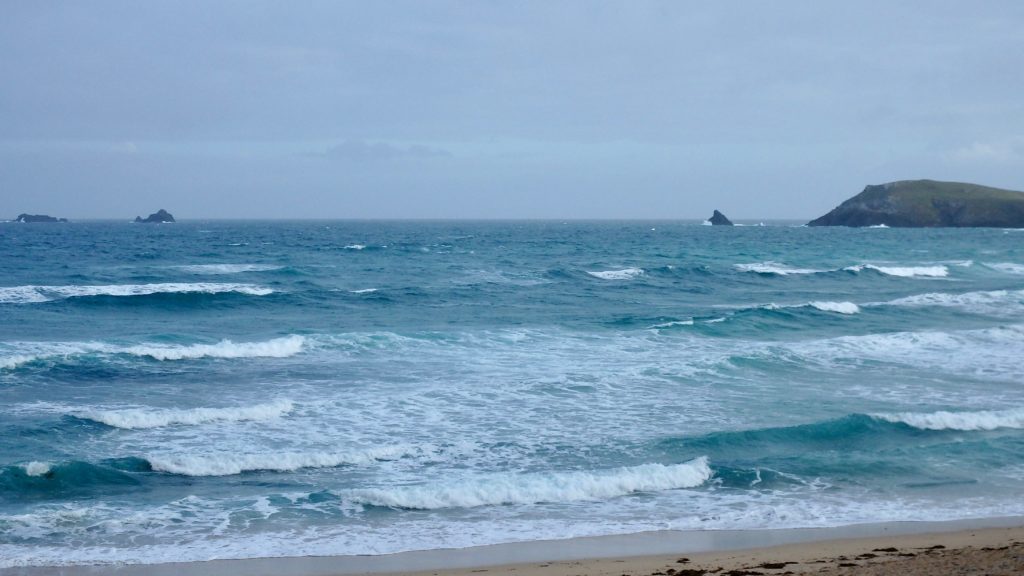 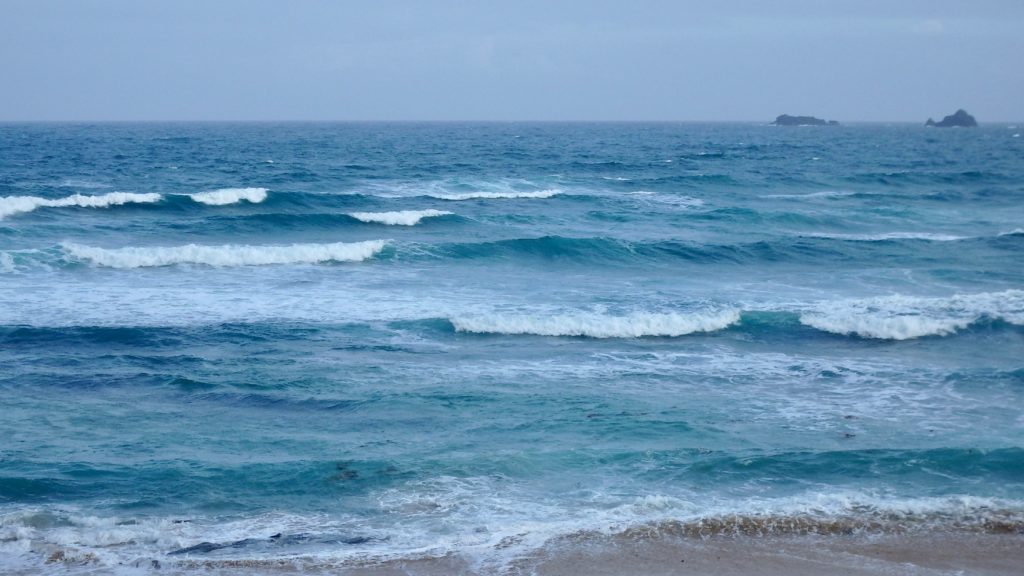 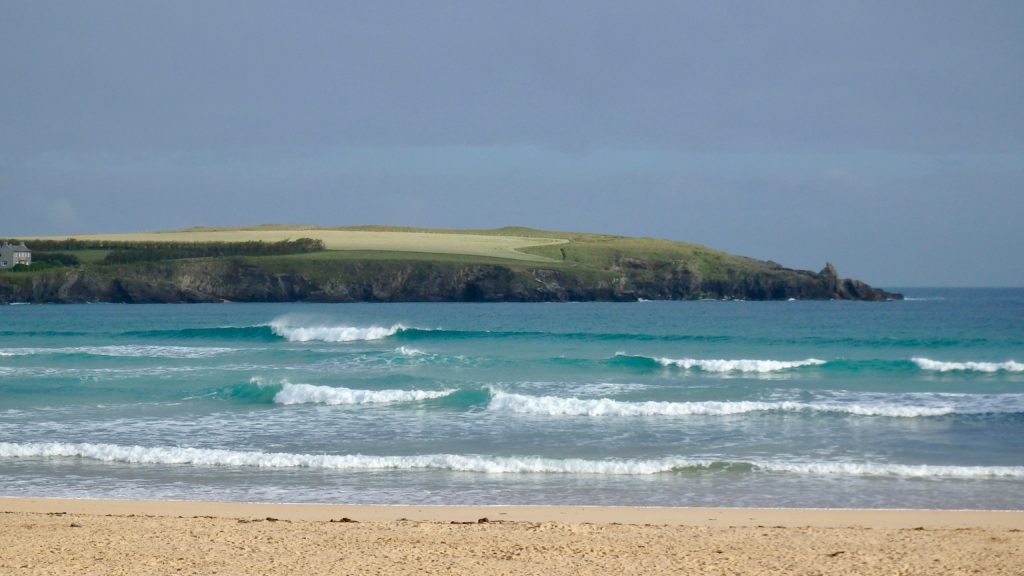 A foot or two of hesitant little swell is gliding through the high tide turquoise depths, the biggest ones managing to crest and peak and peel across the high tide bank.
It does look wonderfully pretty but those waves are small, a foot or two at best and the wind is maybe just that bit too strong too. But the waves should be building slowly through the day while the wind is forecast to gradually ease off.
With the sun shining on that beautifully coloured sand, sea and sky combo this morning, this looks like the place to be today, especially if those waves do build as they are supposed to! 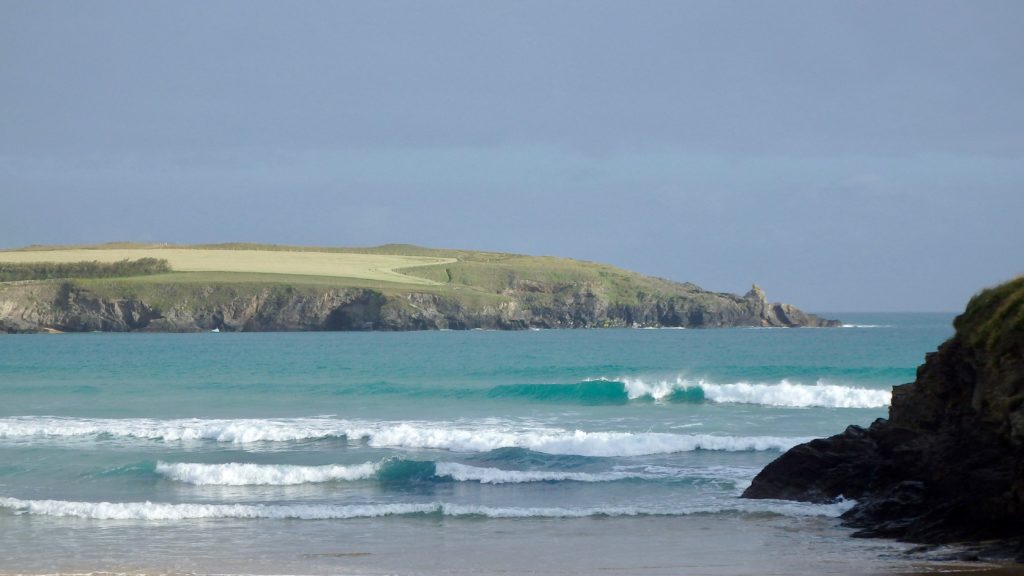 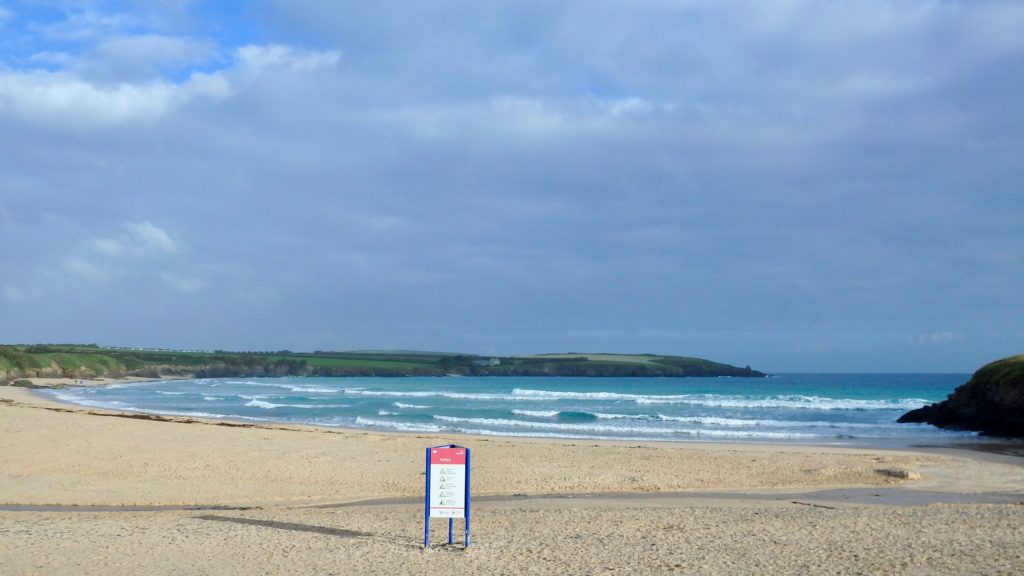 South sou’ westerly winds are set to continue to blow hard into our bays and coves again today, pushing in more windswell, three to four feet and then getting bigger, combined with a much smaller groundswell.
With maybe a few hours of bright enough sunshine to make it all look a little better than it probably will be in the morning, Harlyn is probably going to be the place to be. The swell should then build as the day goes on, the waves at Harlyn getting into the decent three foot range and bigger.
So a Saturday spent surfing three foot and building, offshore Harlyn is on the cards, with a little bit of decent sunshine in the morning followed by damper stuff later.
Sounds good to me!

Bigger waves and strong winds are heading our way this weekend, with some mixed weather hopefully brightening though as we go along.
Saturday should see some five to six foot swells being torn and pulled by gusting gale force south westerly winds.
By Sunday it should be all a bit brighter while Harlyn throws down some more sand drenched, hollow and heavy barrels!
Take it easy out there, those halcyon days of summer are not quite with us! Yet.
Have a great weekend wherever you are and whatever you’re doing!