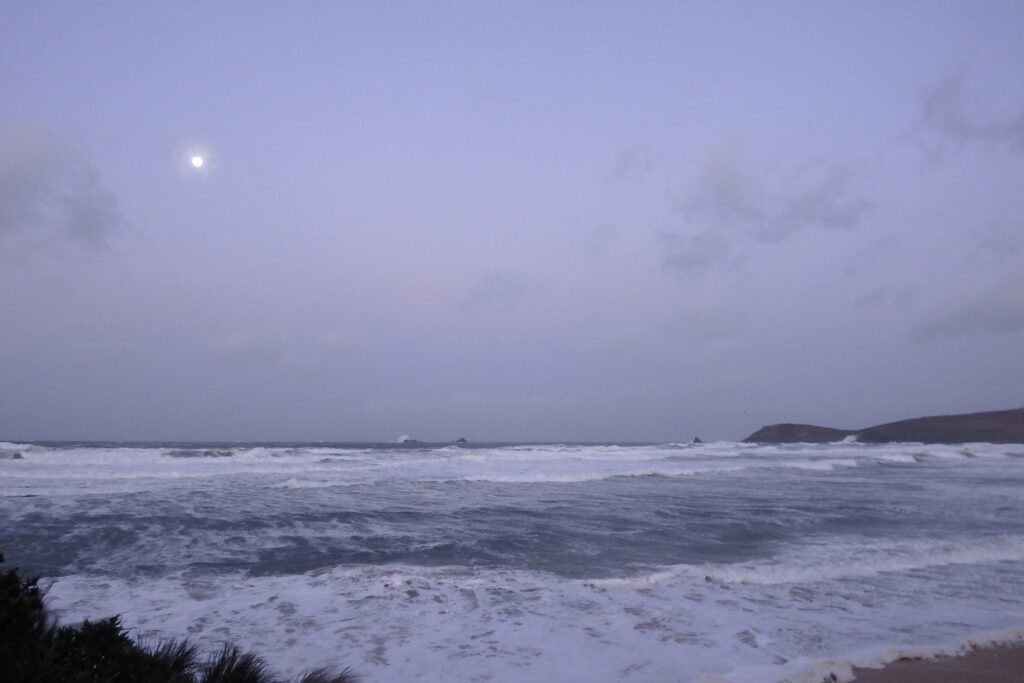 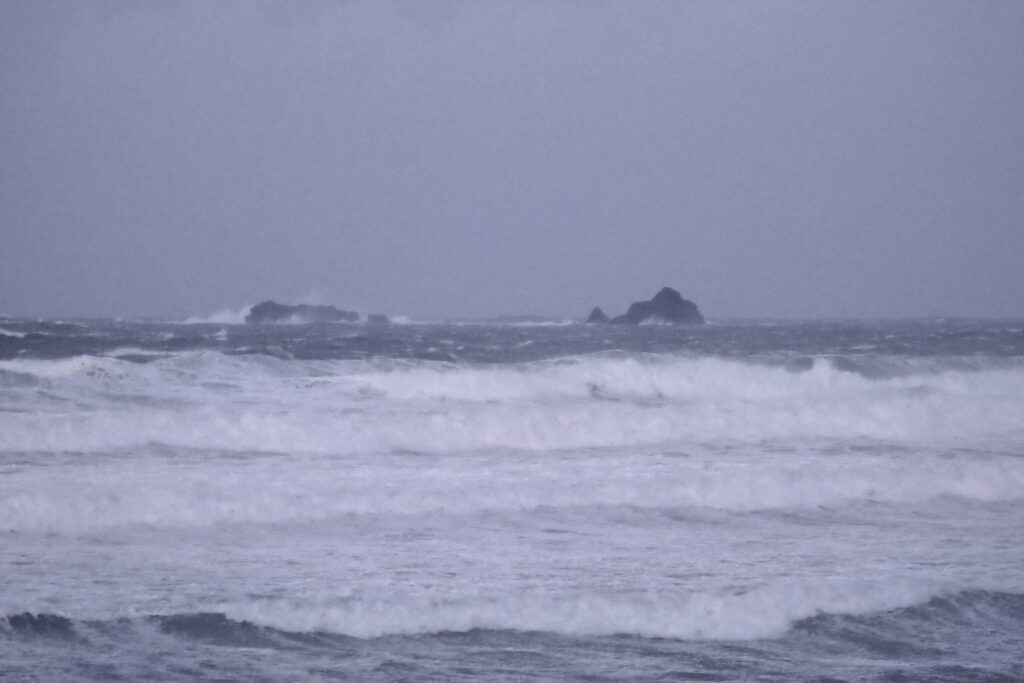 The wind is huffing and puffing again this morning, a cold north westerly gale rattling the hedgerows and shaking the marram grass.
The surf is huge – huge and out of control, a windblown cauldron of mixed up and crazy surf.
Our only option for any clean surf today is that drive to another coast!
Again. 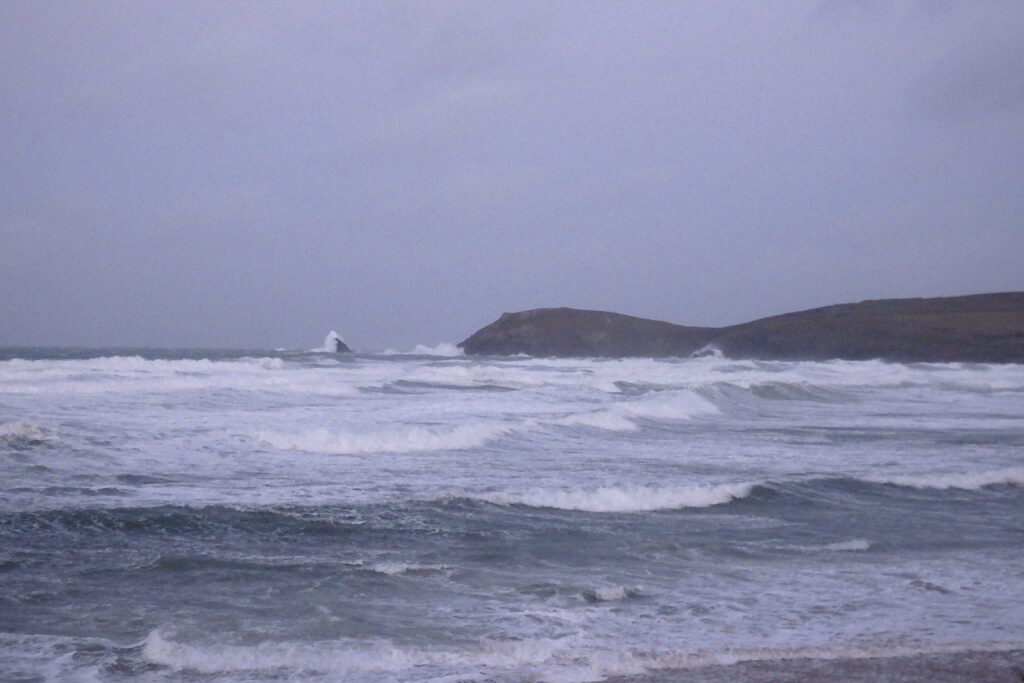 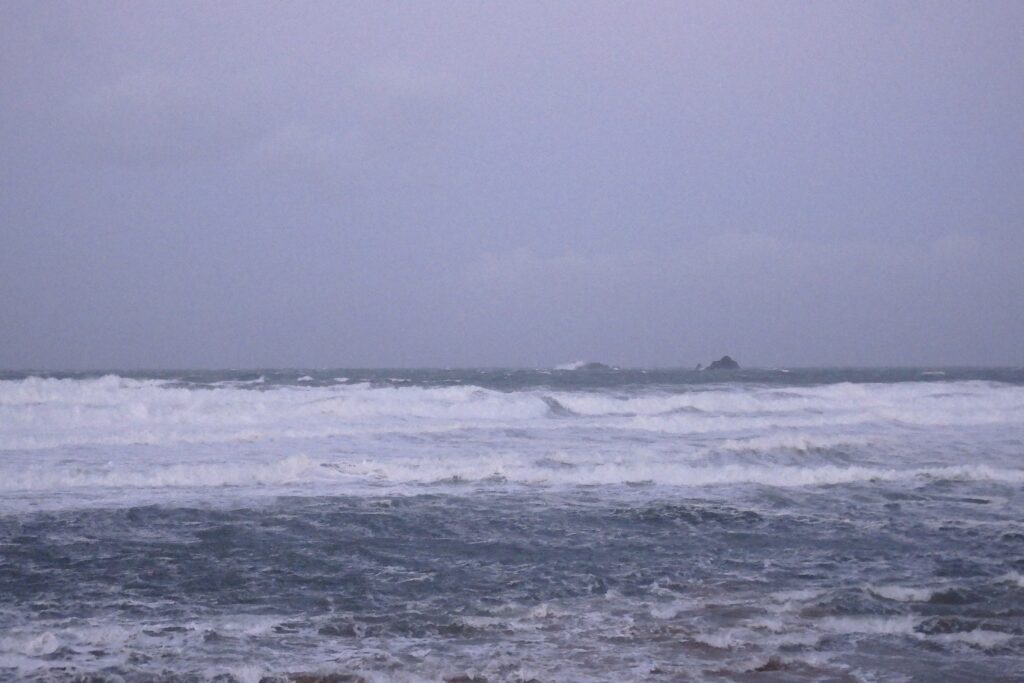 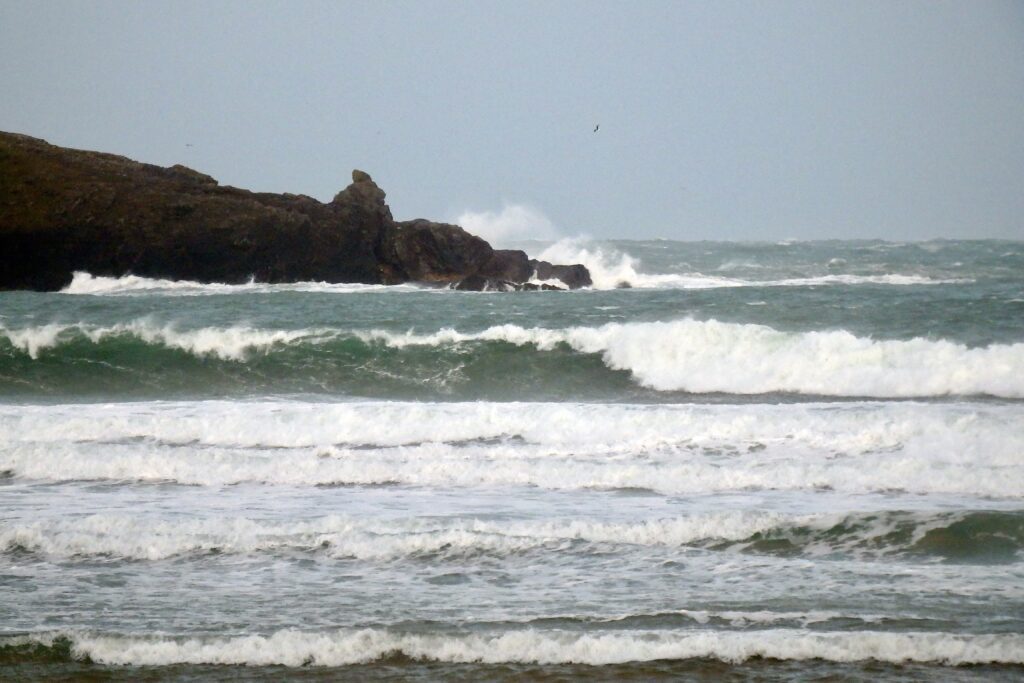 A north westerly gale is shrieking into Harlyn again this morning, pushing and shoving and tugging at those big, big waves as they explode over the headland.
It’s a mighty mess of out of control and wind ravaged surf out there this morning, not for the likes of you and me.
Not today thank you! 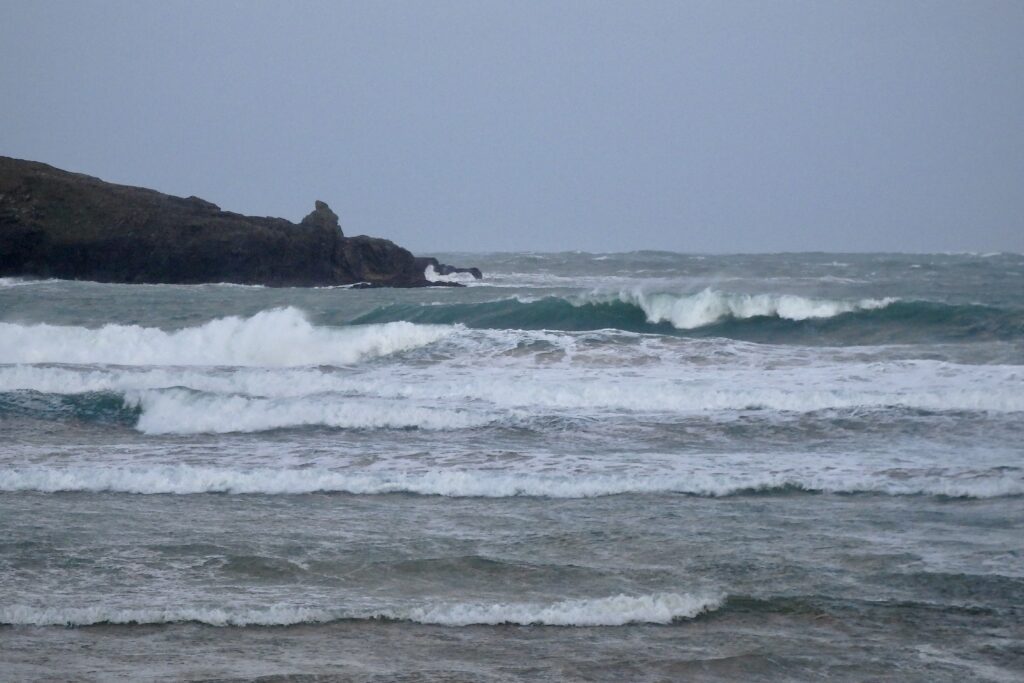 Those huge swells are set to continue to roll our way all day long again today, the winter gales probably backing more to the south west today, at least allowing Harlyn half a chance to break with some shape!
But the reality is that those swells are probably going to be too big for themselves as they attempt to squeeze their way into the bay.
There are likely to be better places to surf today but it could be worth a little look if you’re keen for some big wave action!

Fed up with these ongoing wet ‘n windy conditions?
Well you’d better get over that one, it looks like we are in for a long spell of howling onshore winds and huge storm surf.
The swell is likely to build through Friday with massive surf expected to pound this coast all the way through the weekend unfortunately coinciding with howling and mostly onshore storm force winds.
Saying that, Saturday afternoon might just allow Harlyn to clean up with a little kink in the wind direction making for offshore conditions there just for an hour or two.
Those south westerlies could continue into Sunday if we’re lucky, allowing the huge surf there to be cleaner and hollower, still closing out massively but that just adds to the excitement doesn’t it?
Again Harlyn is our best chance for surf as those big swells bowl their way into the new week.
Big and stormy surf it is then, possibly all the way through until the holidays!
Have a great weekend, wherever you are and whatever you’re doing!