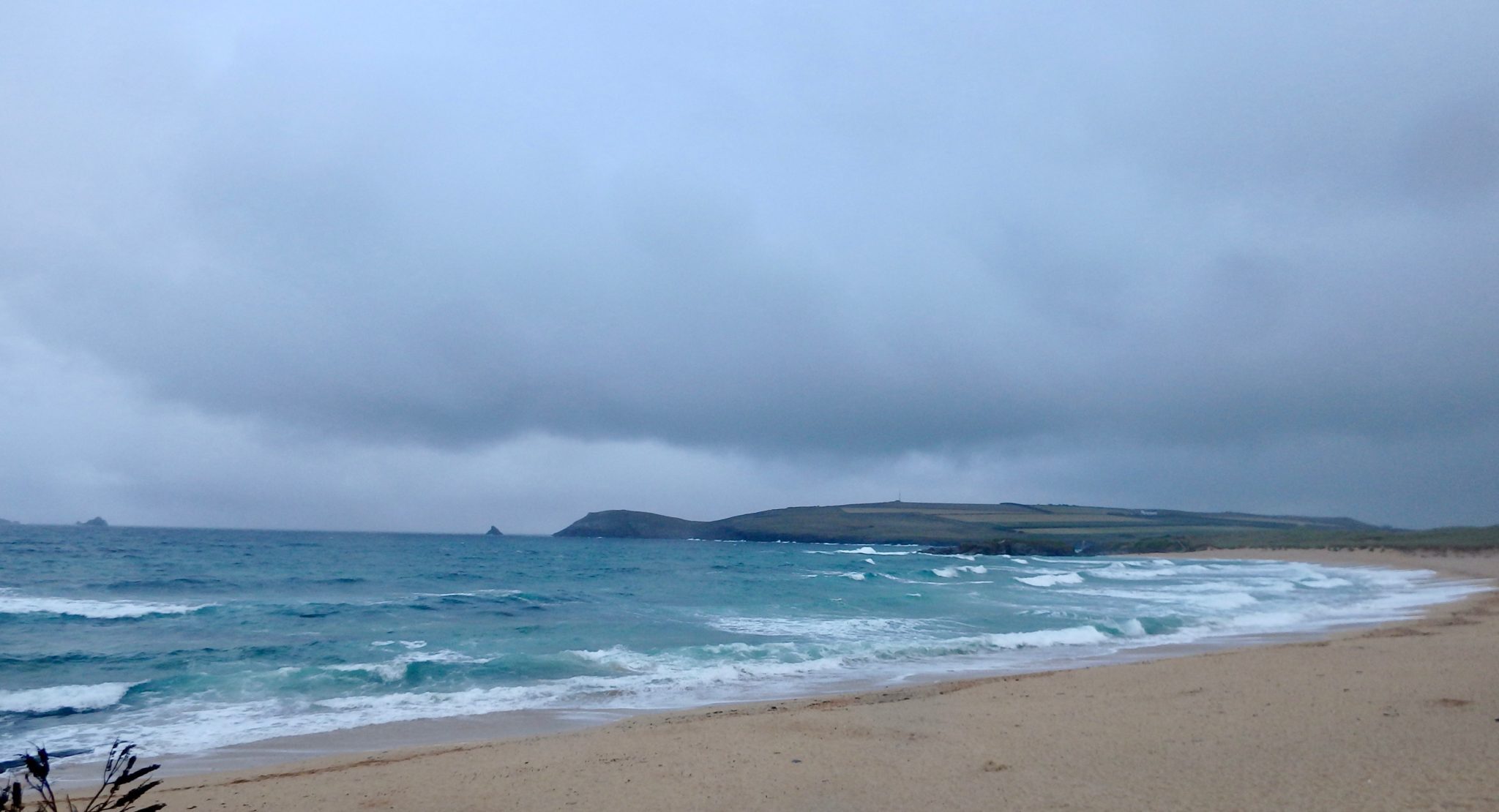 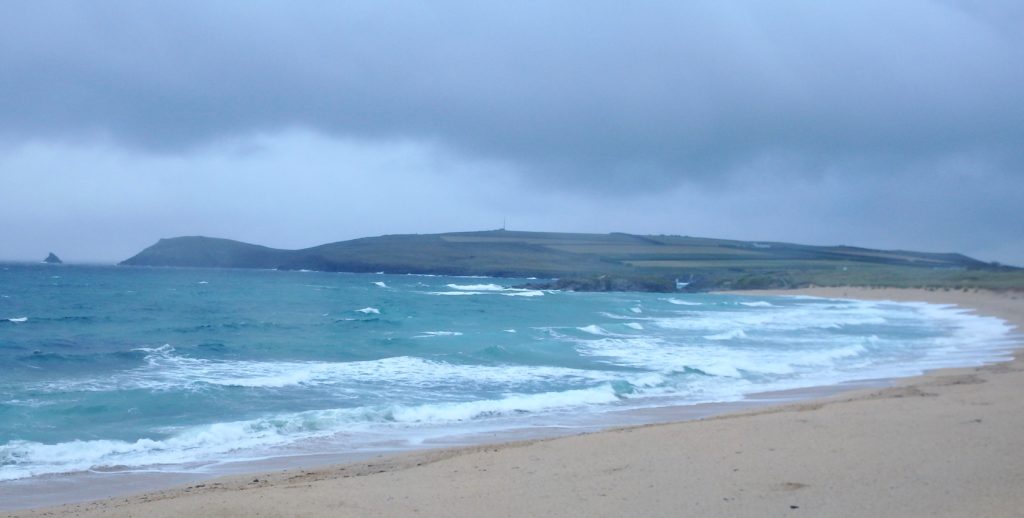 It’s a mizzly, drizzly, grey old morning to start this week!
The breeze is fresher and from the west north west this morning, an onshore and damper direction and just that bit chillier than it has been too.
And so the surf is sloppy and choppy, a couple of feet of bumpy waves with some slightly bigger sets bumbling through, offering the more nimble of us that chance to boost a little air hop every now and then!
It should all brighten up eventually and the surf might just get that little bit bigger too! 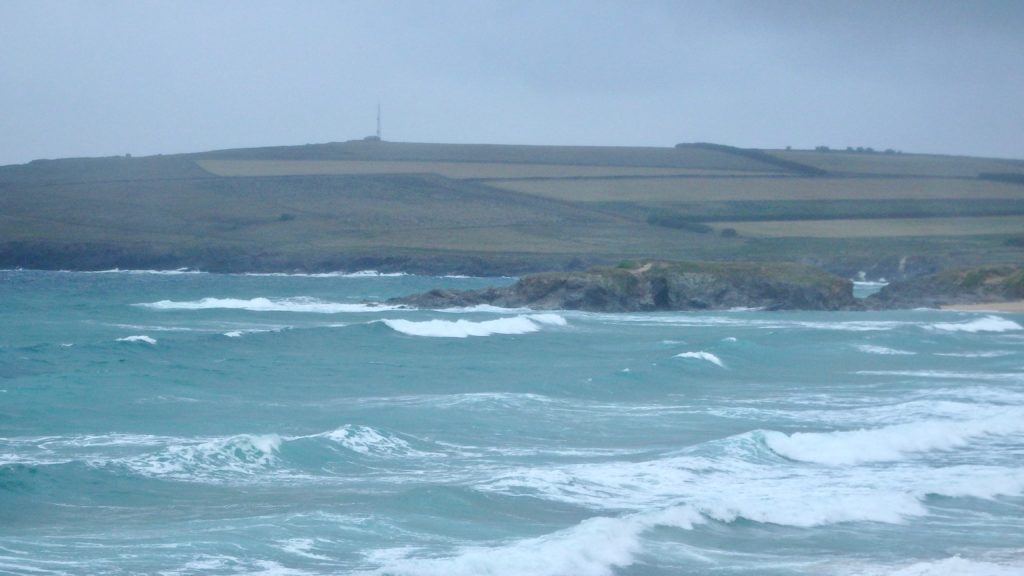 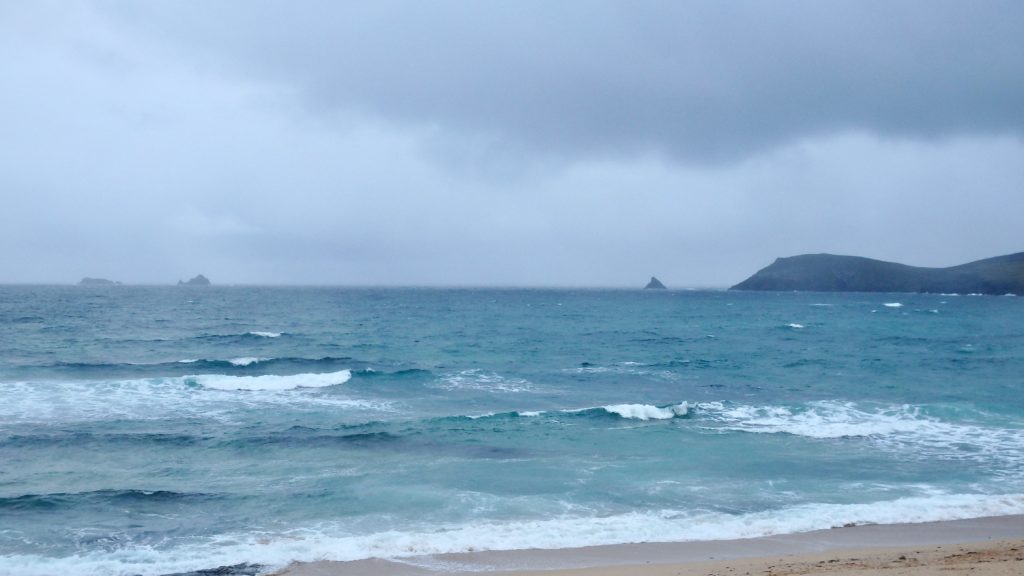 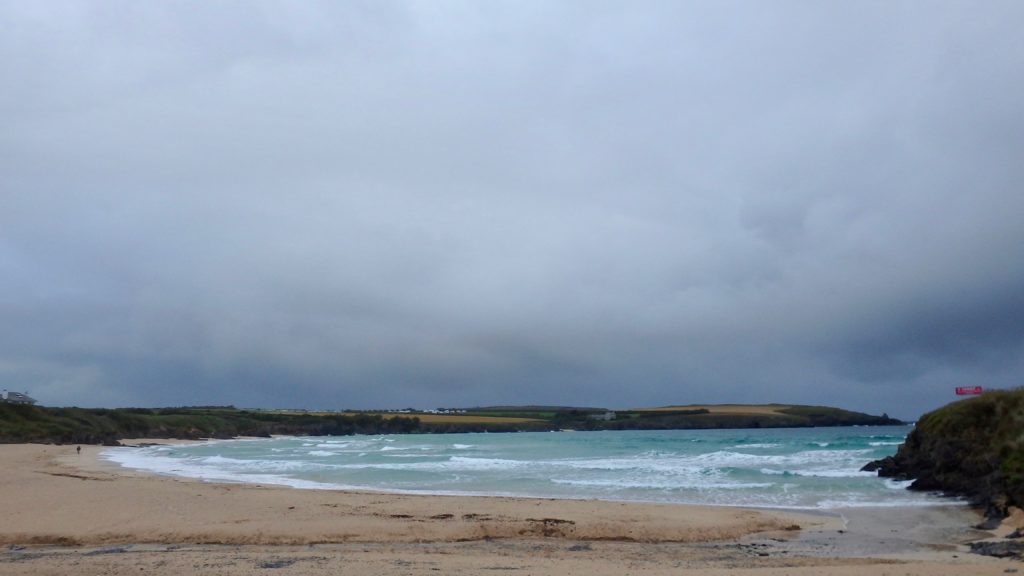 A foot or two of onshore blown, choppy little surf is washing onto the high tide shorebreak here this morning, that small, weak and sloppy looking lineup not doing much to tempt.
If you want to surf today then the more swell exposed breaks are the places to head for again!
The more sheltered spots are too small and the wind is getting in anyway. 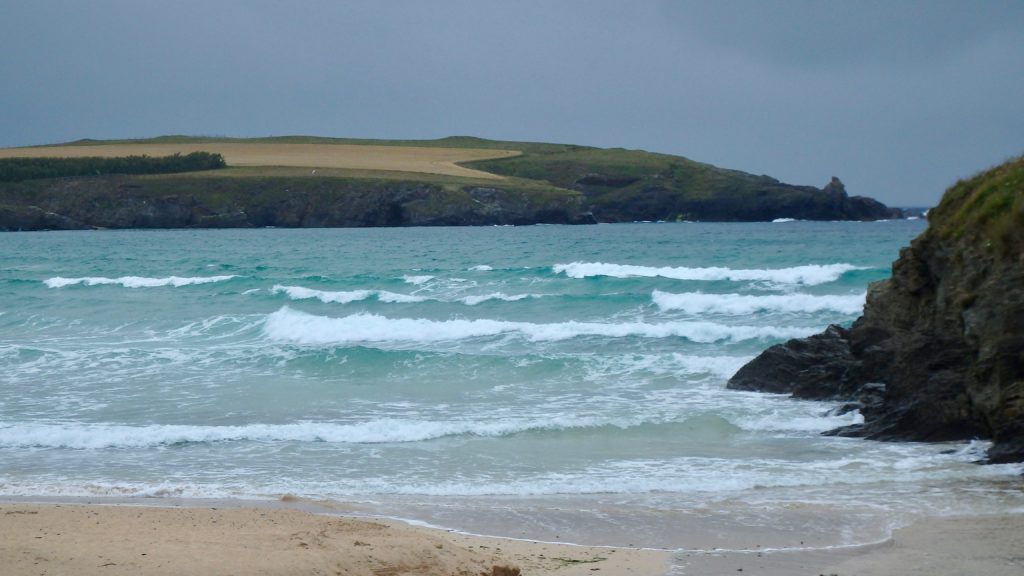 West going south westerly winds are going to be breezing in today, pushing three feet or maybe just a little more swell ahead of them.
We are probably going to be faced with that dilemma of surfing bigger but lumpier and bumpier west facing beaches or gliding and sliding the more sheltered spots like Harlyn where it will be a whole lot cleaner but much smaller. Much, much smaller!
It is nice to have choice though!

The good news is that there should be waves throughout the week, the bit that we don’t want to hear is that the wind is likely to be fresh and onshore pretty much all week long!
The foot or two of north westerly breeze slopped surf of Monday is likely to increase ever so slowly as we go along, peaking at about three to four feet by late midweek, the wind staying steady and mainly from the west, although it will veer back and fore from the south west to the north west.
So that foot or two of crumbly and sloppy surf of the start of the week will become three to four feet of crumbly and sloppy surf through the back half of the week!
Have a great week wherever you are and whatever you’re doing!