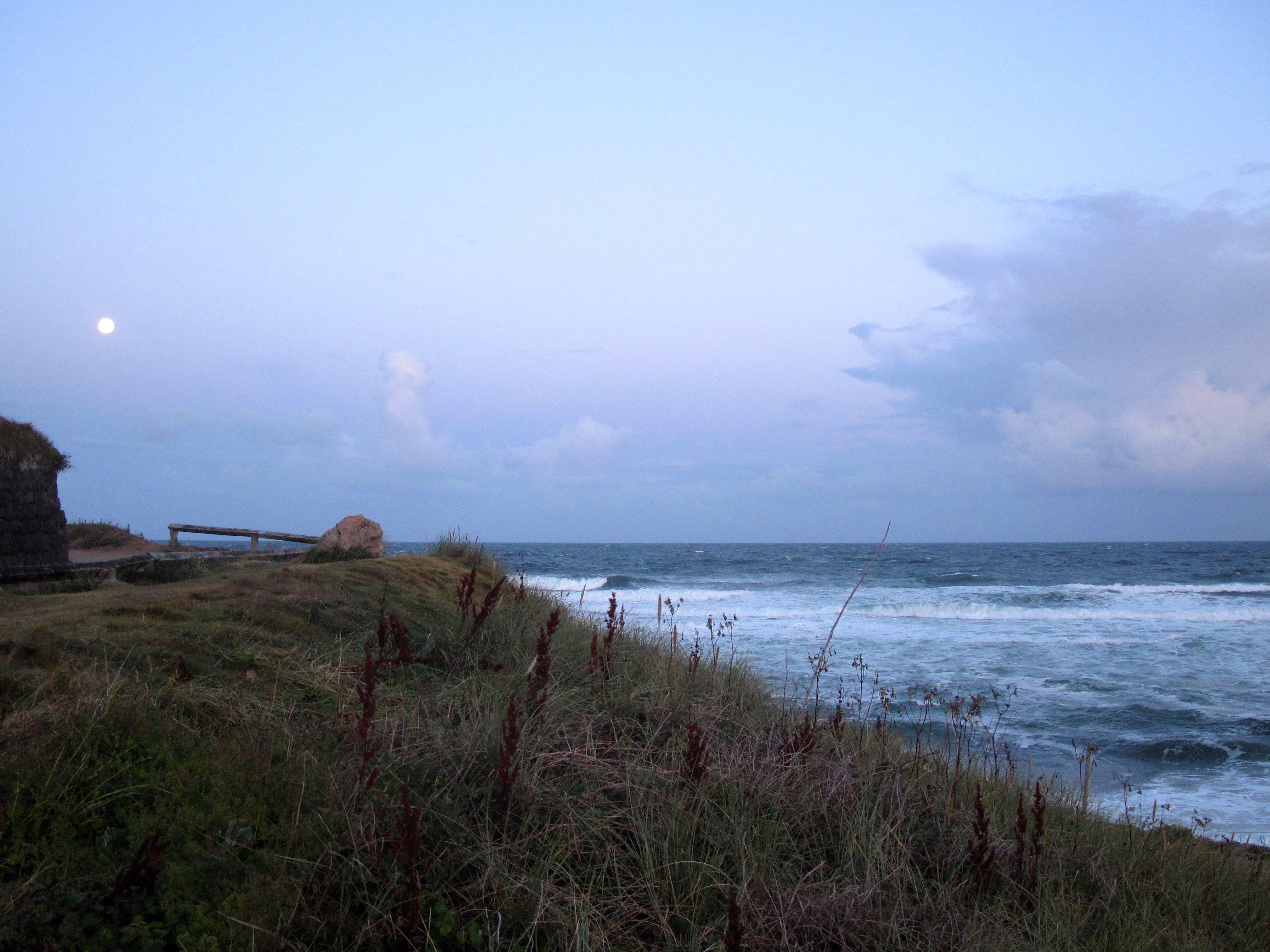 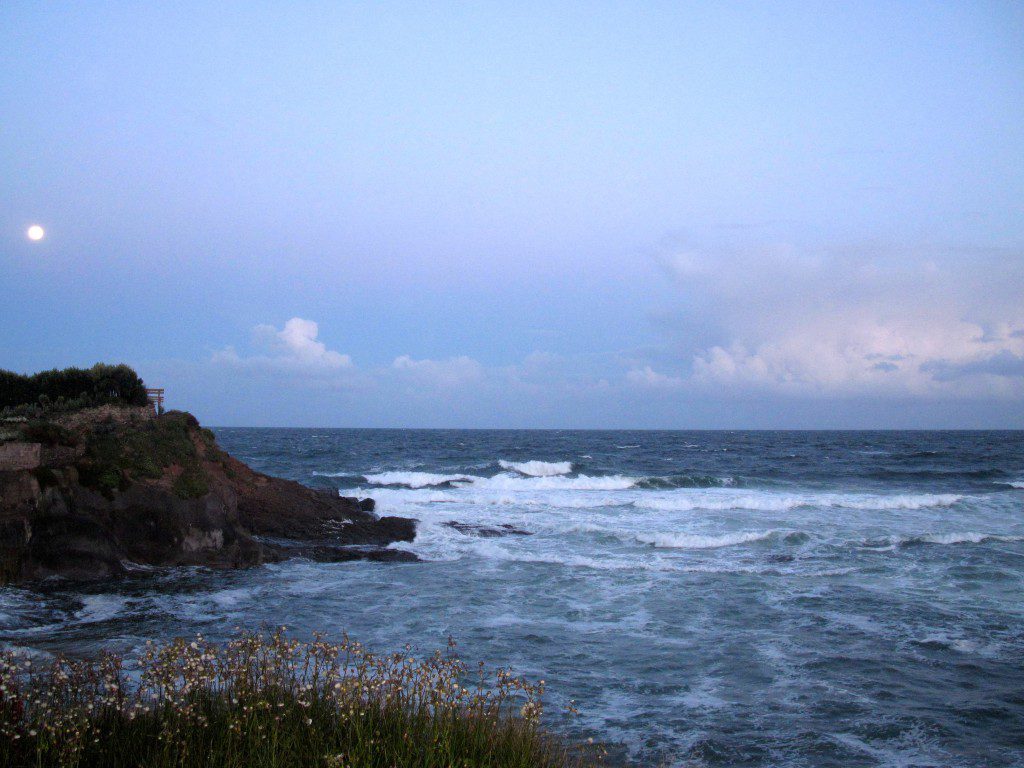 It’s more Autumn than Sumer out there this morning with a fresh westerly wind shaking the hedgerows and piling the sand.
The surf is a disappointing three to maybe four feet, a mixed up mess of waves glinting and glistening beneath that fat moon that is hanging above the Reef just ahead of high tide.
Those clumps of clouds are scurrying about the sky revealing gorgeous pink and blue bits in the gaps, battleship grey otherwise. I think that it’s safe to assume that there is a chance of the odd shower or two today! But we should have enough brightness again too.
So, a mixed up and choppy mess of surf is as much as we can expect around here today so let’s wander over to Harlyn to see if it’s any better over there…….. 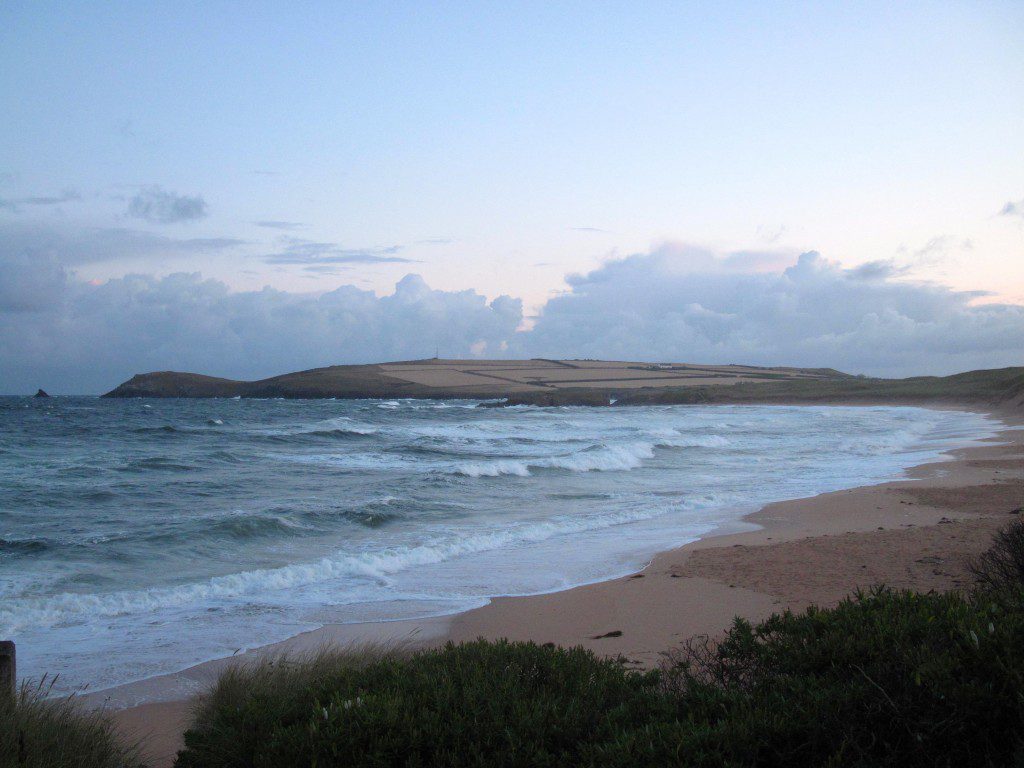 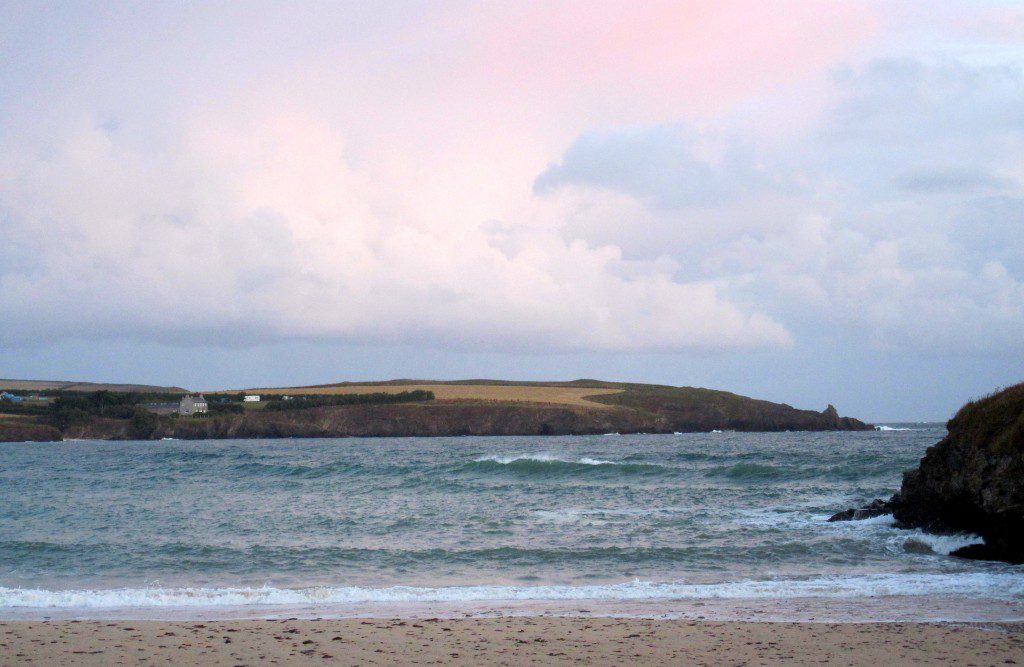 Well, as you would expect, it is much cleaner around here this morning, the wind is still blowing a bit across the bay but with the tide approaching high those little waves are being protected.
But the surf is only small, barely a foot or two right now. It should show something more as the tide eases out but it’s unlikely to be much more than a couple of feet throughout.
Still, a couple of feet of fairly clean Harlyn surf can be fun, especially when the water is warm. Mind you, it does feel a little cooler in there with this wind doesn’t it! 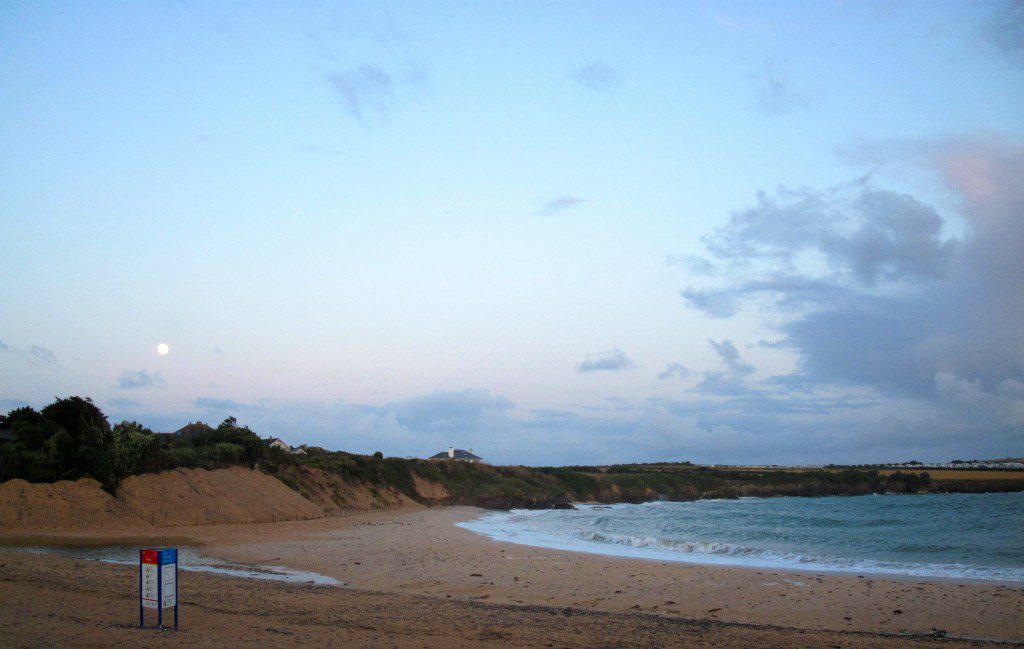 There’s not much change expected for today either.
Not much more than three to maybe four feet of onshore blown surf is expected at the main surf breaks with only a foot or two around at Harlyn.
The wind is likely to continue to blow fresh from the west, maybe gradually weakening through the afternoon but still straight onshore at most breaks.
The weather should be bright enough and warm enough though, especially if you can duck out of the wind!
Otherwise it is going to be a blustery and gusty but fun surf or a bit of a snappy glide if you choose the Harlyn option.

As the remnants of Tropical Storm Bertha blow themselves onto our shores, a windblown and mixed up, close-fetch swell is likely to be rolling our way for most of the week.
We were hoping for a slingshot swell to have hooked our way before the winds arrived but that hasn’t happened. Single digit wave periods are going to make the paddles fun, those bouncy and mixed up waves testing your reflexes after those weeks of tiny surf.
At least we will have waves to drop in on before turning instead of those paddle-stand-and-turn little waves of the last how long!
So it looks like we are going to enjoy a week of surfing windswept and bumpy waves in the three to hopefully four foot range with the option of slipping around to Harlyn for something cleaner but maybe much smaller.
Have a great week, wherever you are and whatever you’re doing!