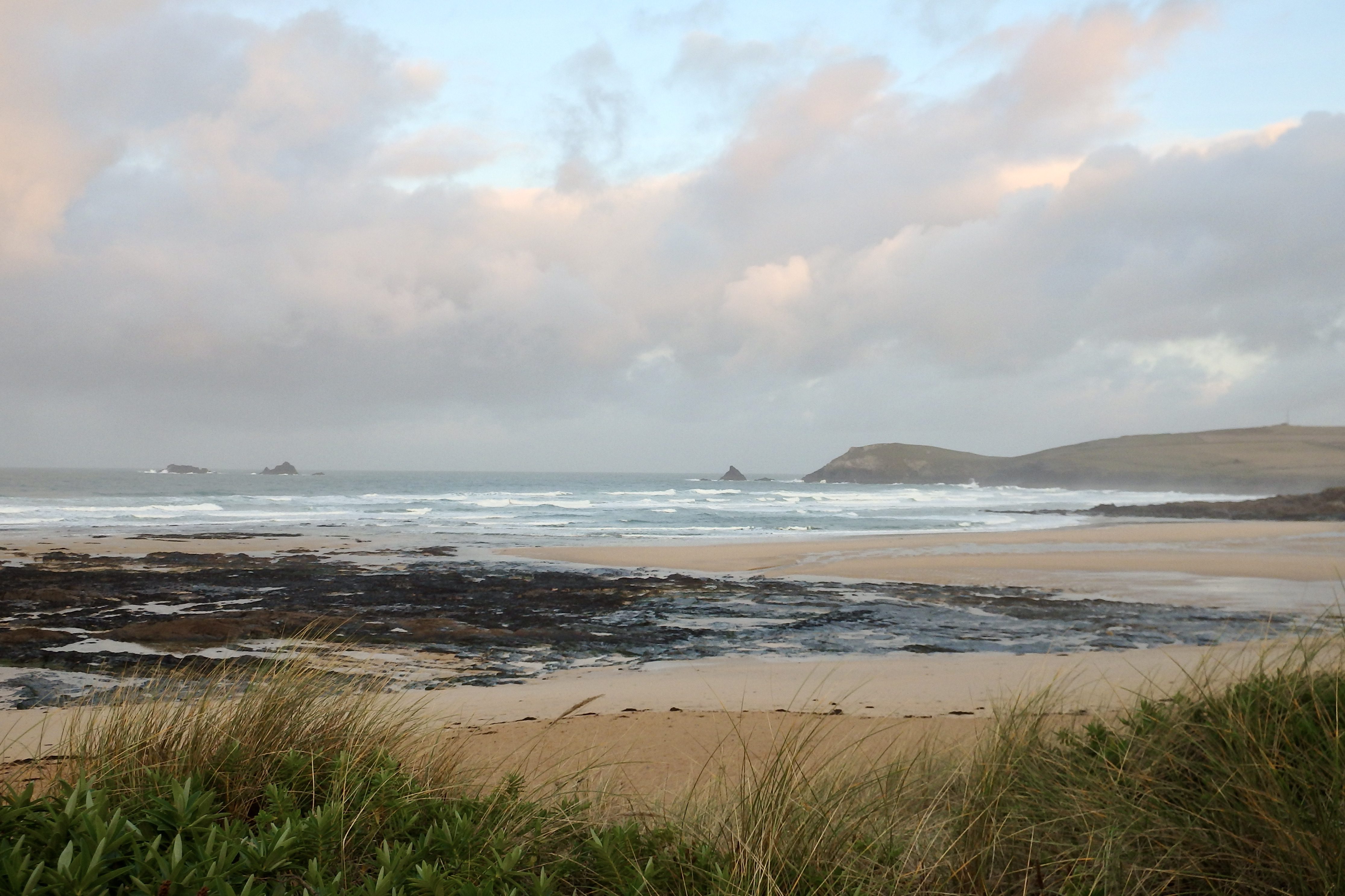 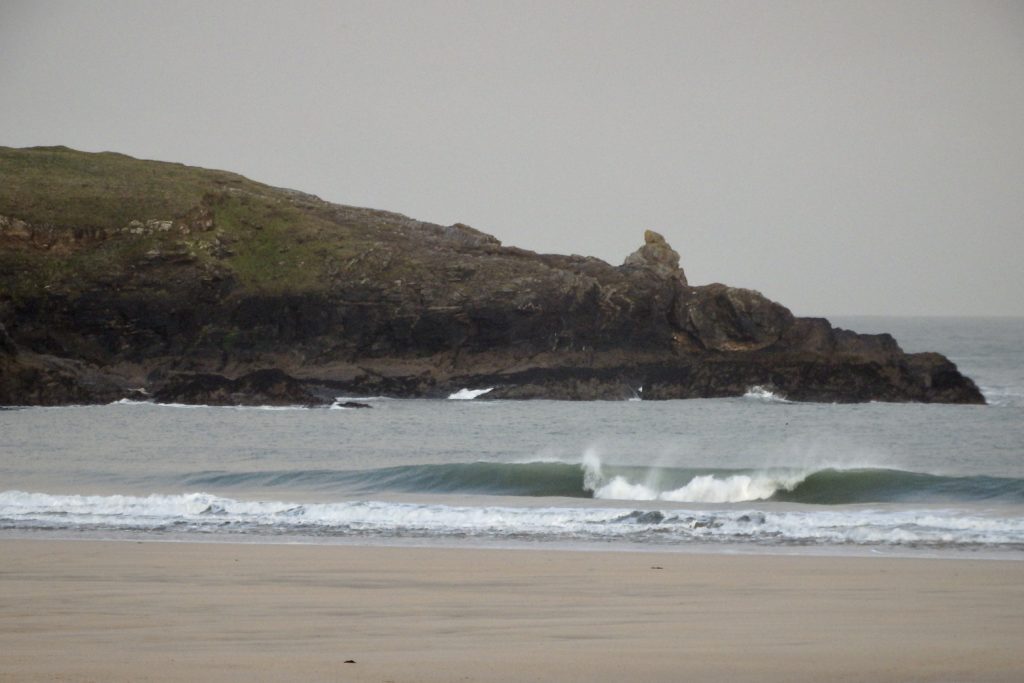 A brighter morning is cheering us up this morning, that same brisk south westerly wind still fluttering the almost leafless trees and still putting shivers into the marram grass but the sky showing a lot of blue between those tall bundles of fluffy white clouds.
And the surf is big again, probably eight feet but eight feet of wind chopped and wild waves that are teasing and tempting but mainly shapeless and not so rewarding.
There will be better somewhere else, probably Harlyn again but maybe without the hordes now the weekend has finished! 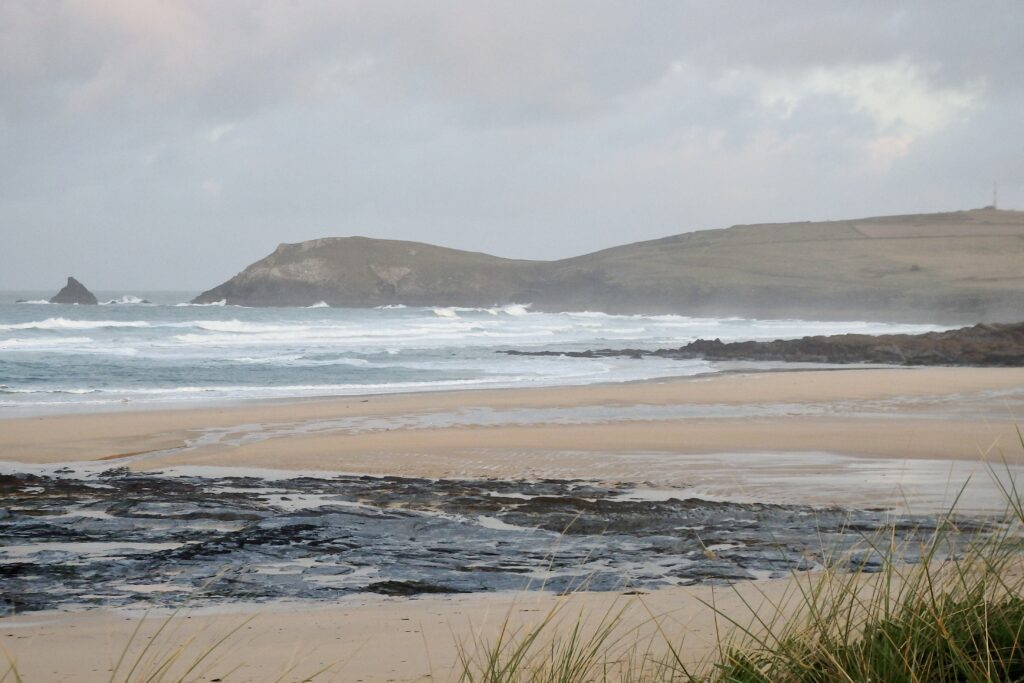 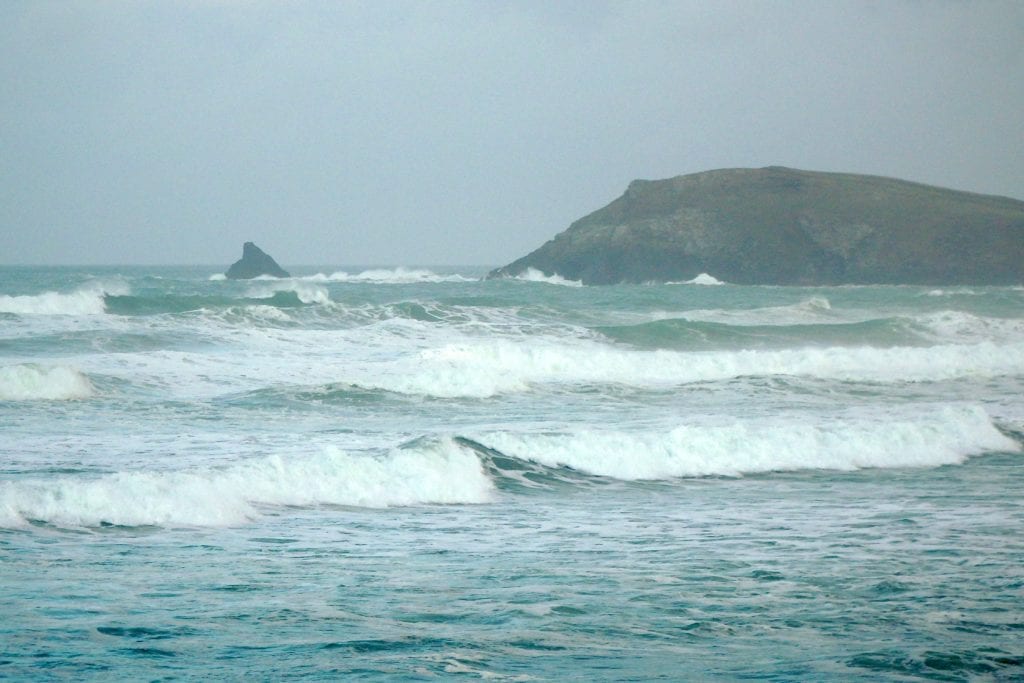 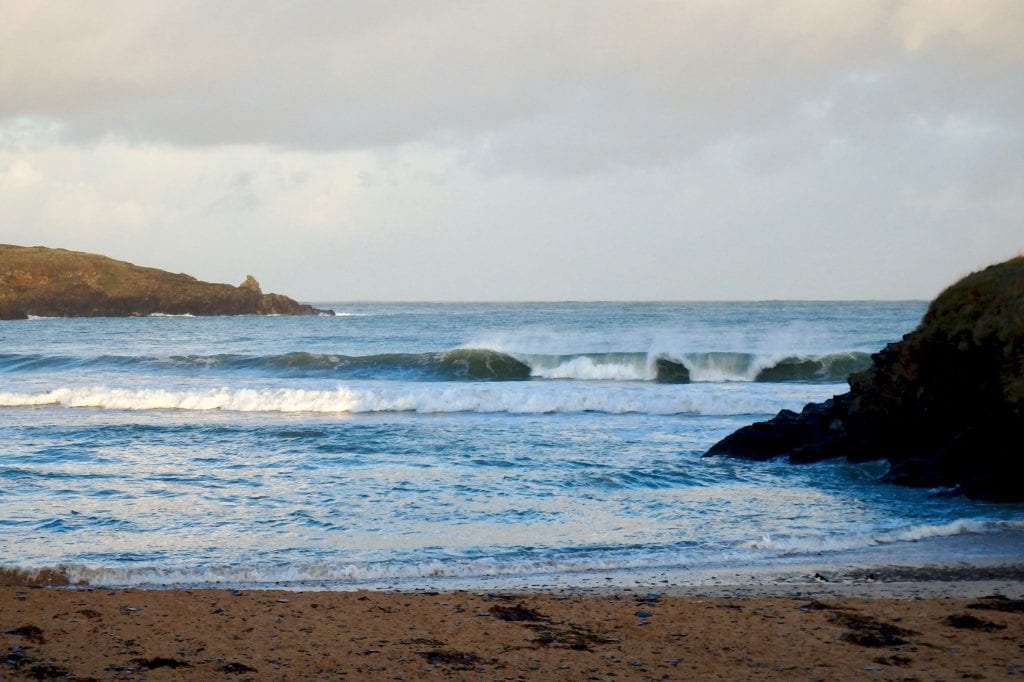 High tide is putting a bounce and fatness into the mainly three feet of cresting surf.
The regular sets are bigger with the odd set being way bigger, throwing off the odd peeling and hollower one from the Rock.
As the tide eases out the shape should sharpen, those waves becoming crunchier and snappier!
Yep, it’s another Harlyn kind of day! 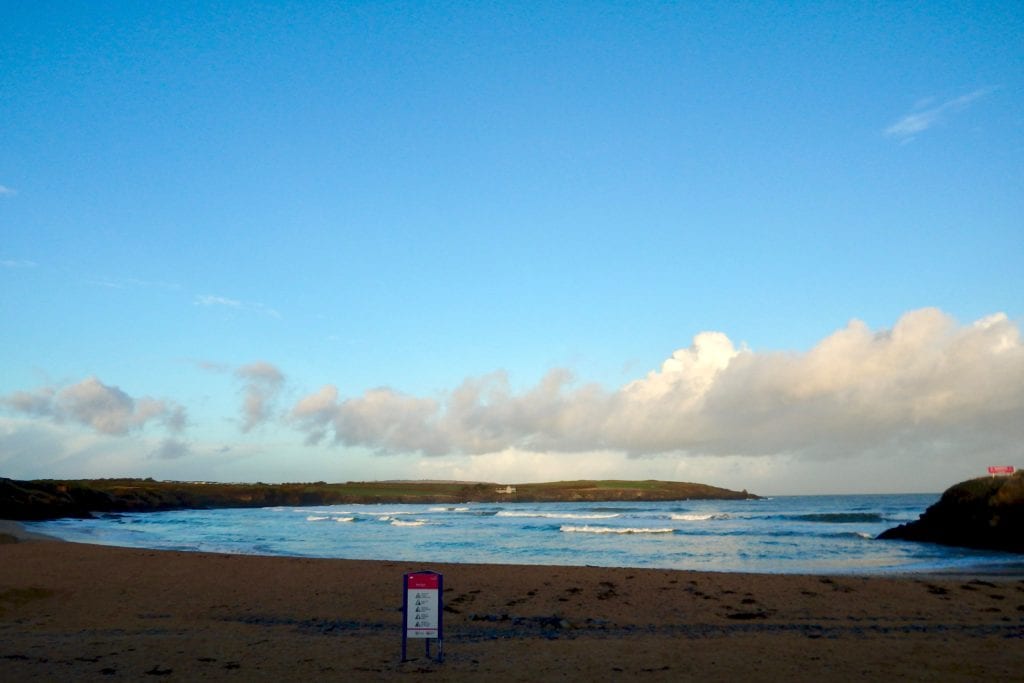 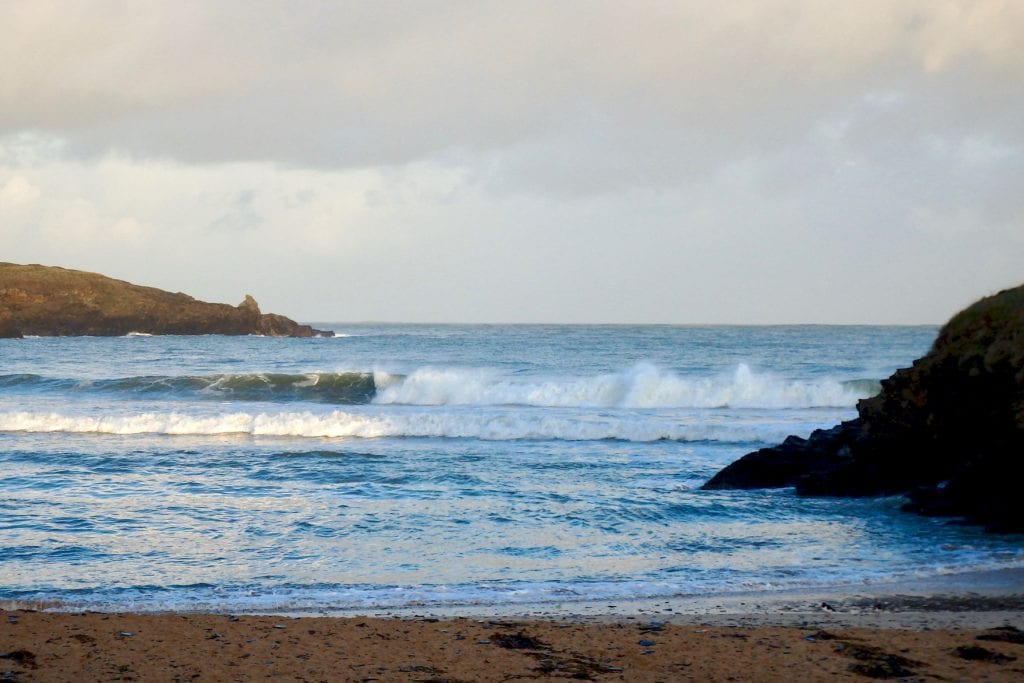 Another day of south westerly winds along with that still booming swell point to another day of surfing those hollower and sharper waves of Harlyn. It might be a little smaller than it has been but those bigger set waves will still come booming through!

Blustery and blowy sou’ westerly winds are going to be shuffling into our bays at the start of this week, tossing and turning some big, big swells around.
The main beaches are all going to be wild and ragged well into midweek with Harlyn being one of the few real options to surf locally. But even there is going to be testing on Monday and into Tuesday as heavy and hollow, big, big waves churn across the sand.
One or two other sheltered spots tucked away further along the coast could be worth scouting out but otherwise it’s Harlyn for most of the week!
The end of the week and into next weekend is starting to look really interesting though! But that is a long way off yet.
Have a great week, wherever you are and whatever you’re doing!