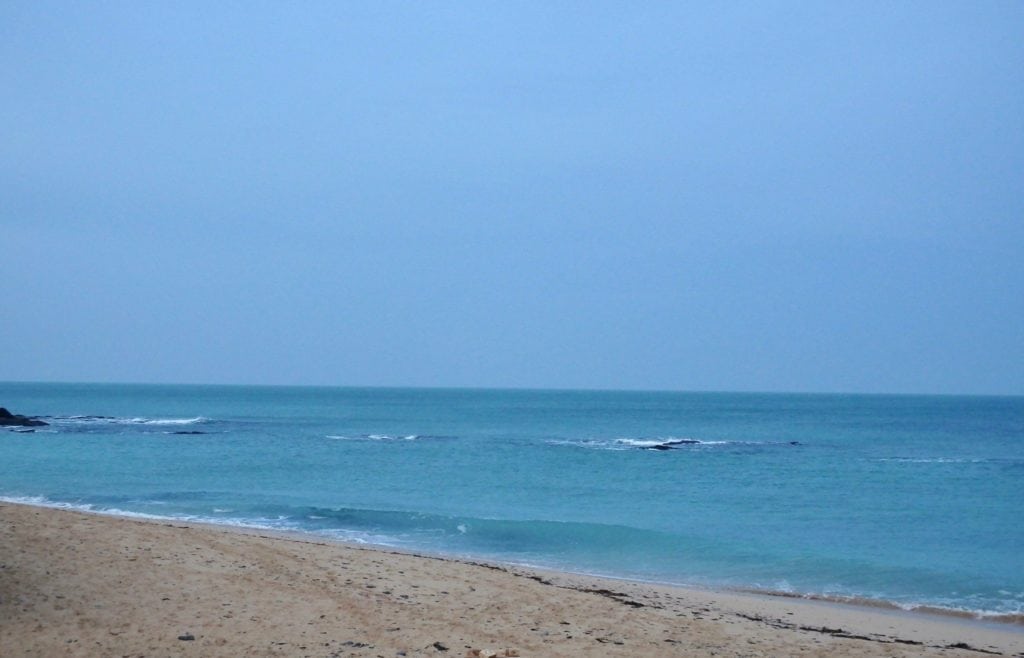 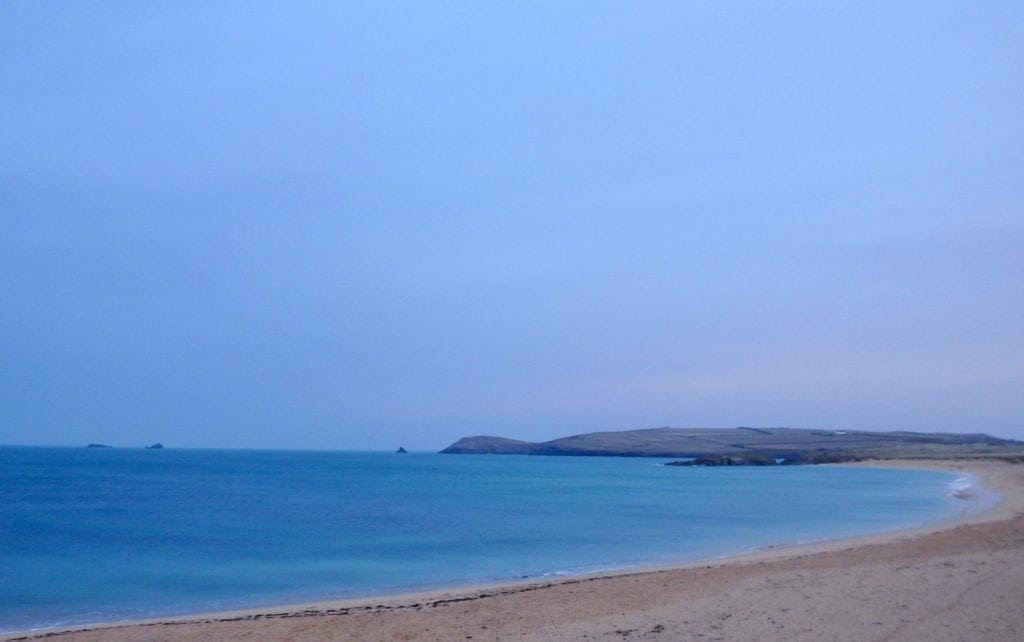 A brisk and penetrating, strengthening wind is rattling across the fields this morning, a milder east south easterly blow, although it doesn’t feel any less cold!
The surf is flat, blown smooth by those days of offshores, the Swell Vs Wind battle finally having been decided in the wind’s favour.
But the view is no less special, a fabulous turquoise infinity pool of smoothness stretching to the horizon.
And we should have waves again as soon as the wind calms – probably not until midweek though! 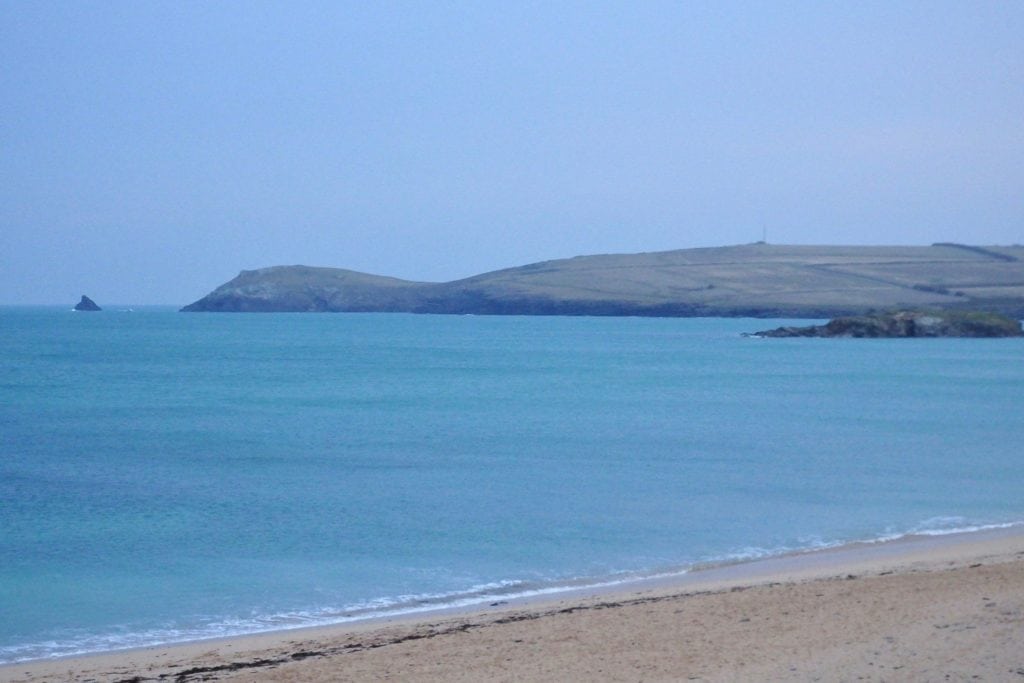 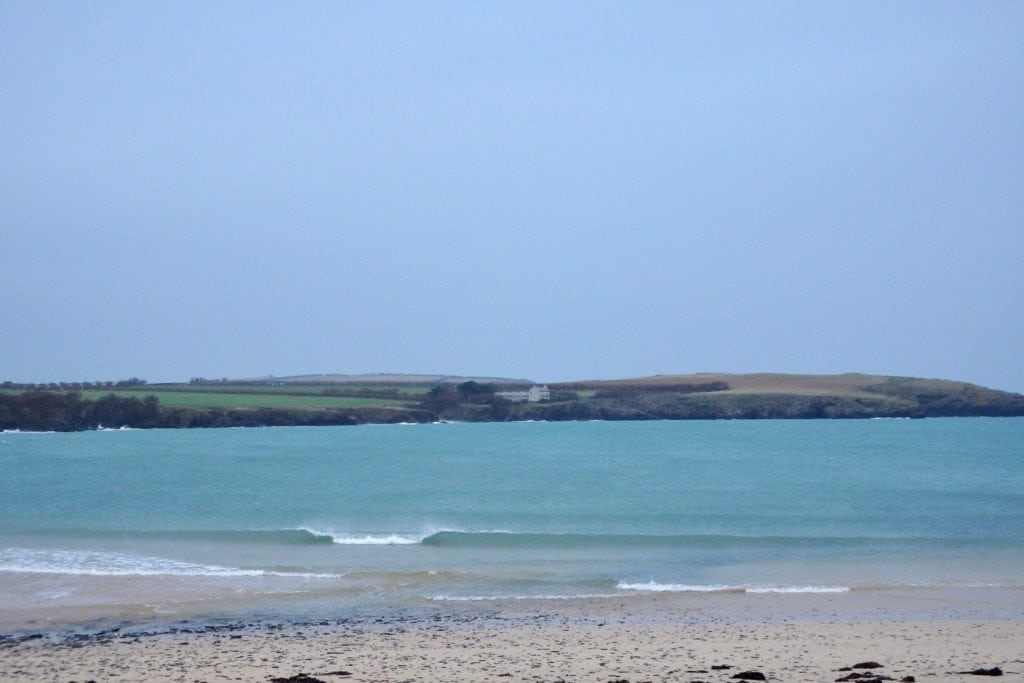 The bay is as smooth as glass all the way to the far horizon here this morning, that east south easterly, offshore wind blowing away any surface bumps.
There are only titchy, tiny, teeny, weeny little ripples to watch, immaculately spilling onto the sand, teasing us as to what it’s never ever like when it’s big here! 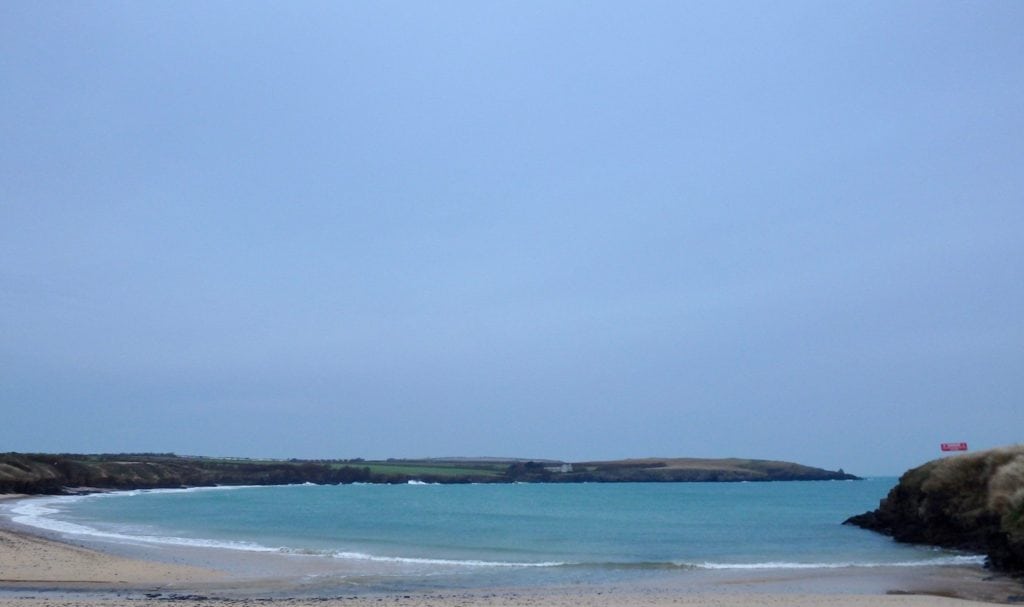 The wind should ease right off through today, maybe (just maybe though!) allowing just a bit more swell through.
At best it is likely to be a foot, or maybe just about two feet and then only at just that right spot, at the right moment of the tide, when everything coincides to allow some tiny little waves to peel ashore.
I wouldn’t plan my day around it though!

So a windy start to this school half-term holiday week is likely to keep the surf in check, those hard blowing offshores gusting into midweek and acting as an efficient block to a lot of the swell energy that would otherwise be pushing our way.
By midweek the wind is likely to have reverted to a more usual south westerly but maybe only for a moment!
The back half of the week looks calm and settled and offshore again. But not that hard blowing offshore of the start of the week, we should be enjoying something much calmer and more enjoyable (and much milder too!).
At the start of the week the surf is likely to be kept down to a foot or two at the very best by those hard blowing south easterly winds, it is probably going to go fast though at least for a period of time through Monday and into Tuesday, the waves increasing just a little in size as the wind goes onshore through midweek.
And then the surf should shine for the remainder of the week with only light offshores to keep those mainly three foot swell lines organised and tidy.
Have a great week, wherever you are and whatever you’re doing!