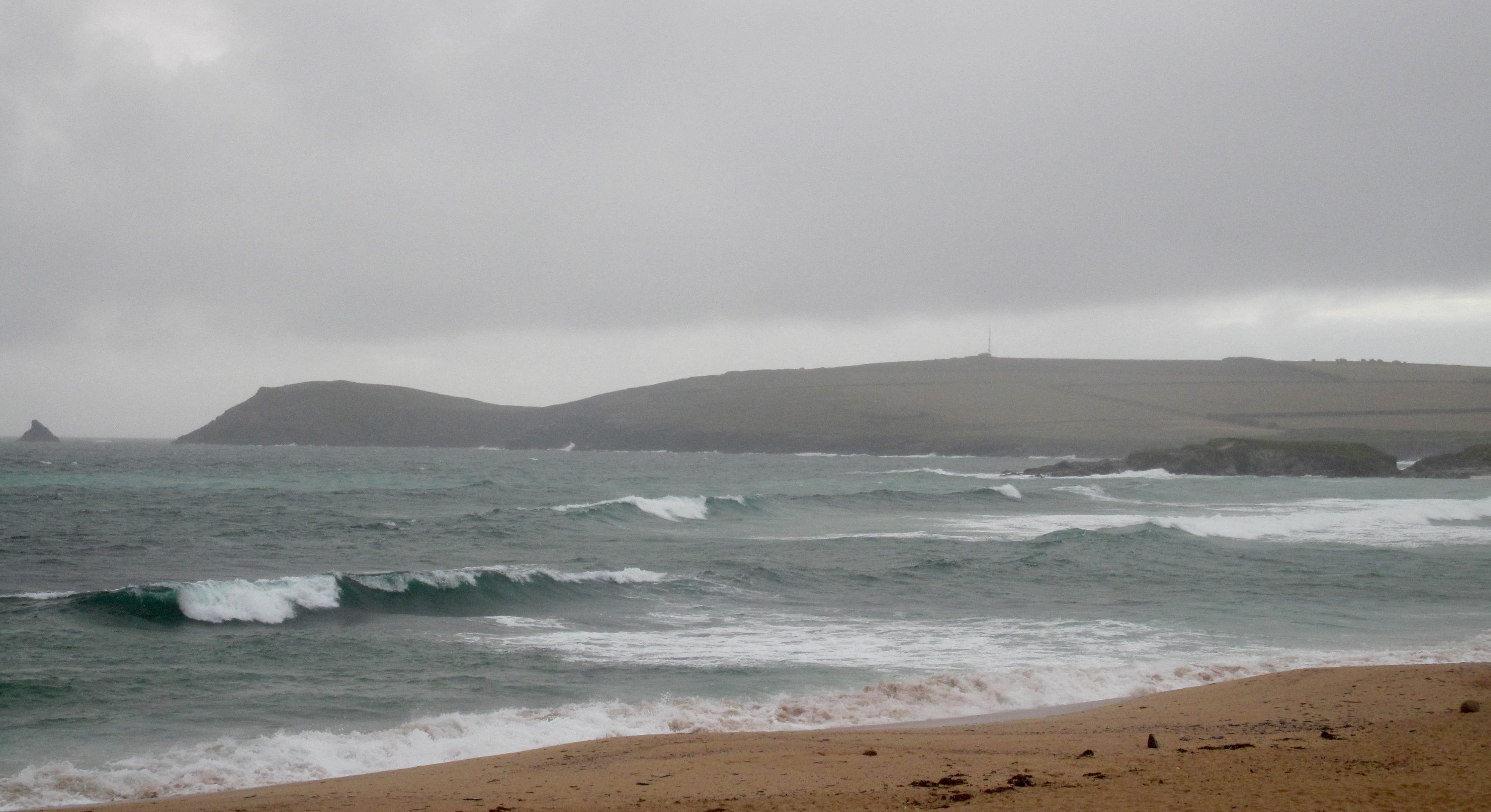 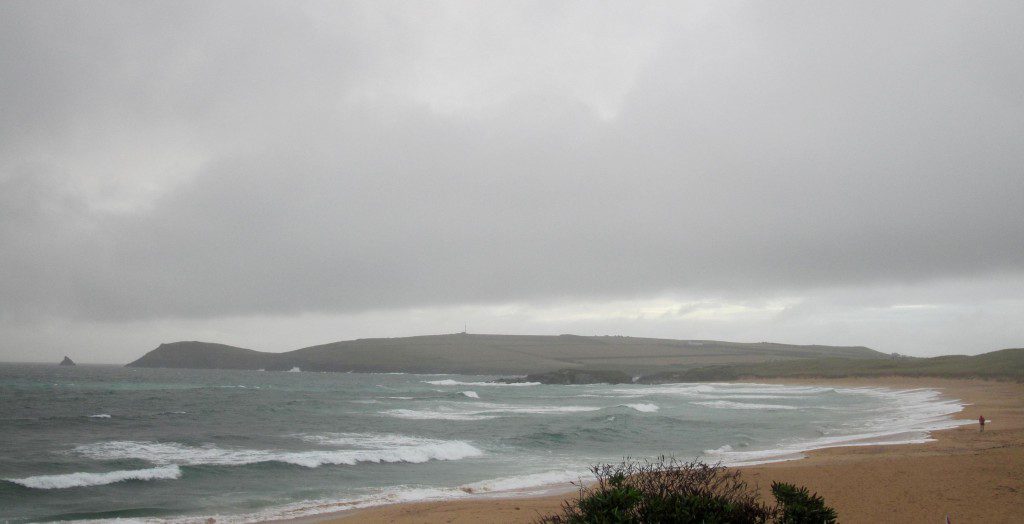 Well I’m glad that this wintery weather waited until the wedding weekend was finished!
Congratulations to Cheyne and Sophie on a wonderful wedding on Saturday with loads of friends and family and of course @philisthesheep.
It was a brilliant weekend with the weather holding steady and bright and pleasant, followed by this stormy Monday morning seeing us quickly deconstructing the marquee in gale force winds (hence the lateness of the surf report today!)!!
This Monday morning is really getting ahead of itself by kicking off the winter season a month or three too early.  The wind is screaming across the ocean and battering the bay, a harsh westerly shaking the hedgerows and bending the still fully in bloom trees.  The rain is driving in, sheets of stinging drops, almost smoothing the sea’s surface between gusts.
I think that we might be seeing a very early start to a full on El Nino winter of stormy conditions!
So this morning there’s three to four feet of wind driven and stormy surf blasting into the bay this morning, all grey and broken up, a mixed up mess of dark and angry looking stuff.
No, it’s not that appealing, except maybe to seascape painters and ocean watchers.  They should have fun watching the swell build through today.  It should get big with this evening’s tide.And spare a thought for those lifeguards on duty today! 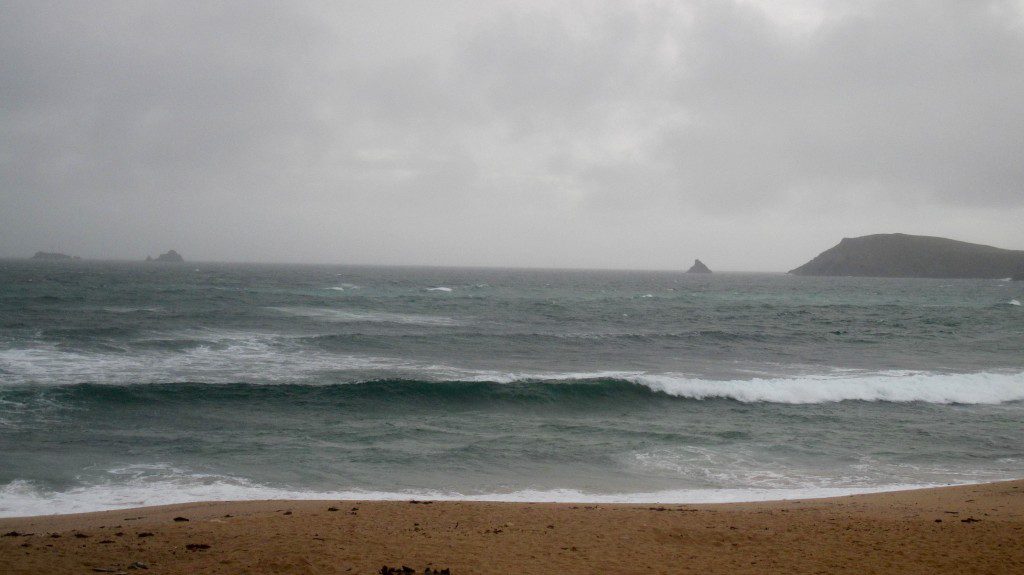 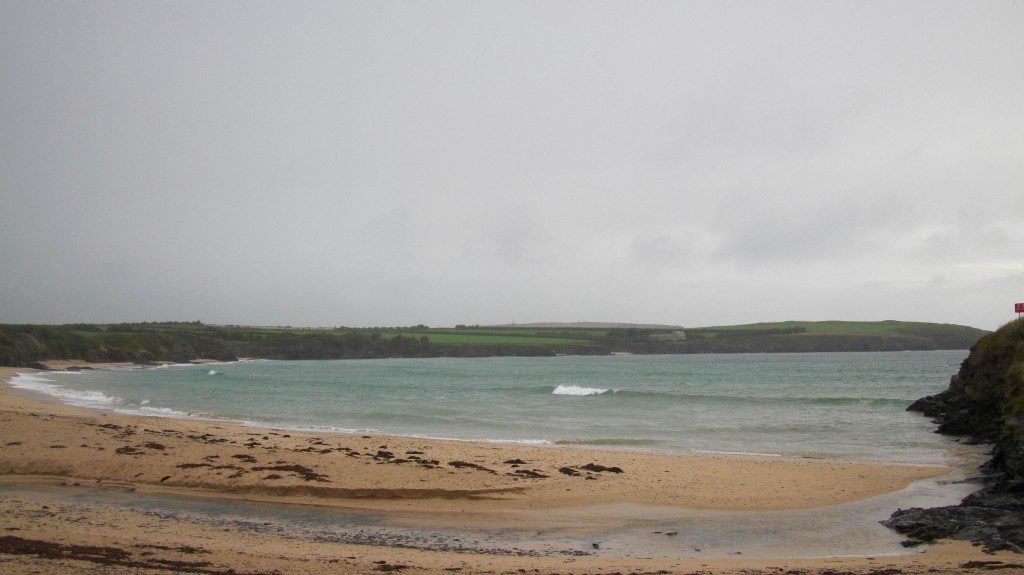 There’s barely a foot or two of crumbly surf tickling the beach at high tide this morning.
That wind is howling across the bay putting that ruffle on the sea’s surface, blowing into the rights while flattening the lefts.
It is rideable but it is stormy too.
But as this howling wind drives more and more surf our way then we should see it build and build and build.
We are probably going to be surfing some quite big waves by high tide this evening, probably well overhead and thick and heavy as well!
Take it easy out there! 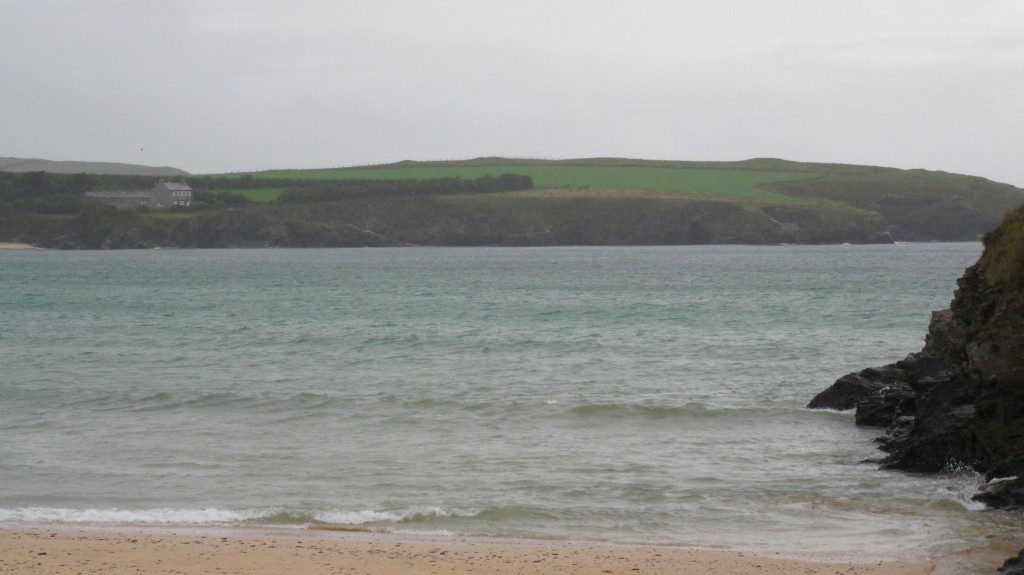 The storm and stormy swell should both have peaked during the night and so the wind is likely to ease back during the day, the swell halving twice before the evening high tide as the wind slides back to a steady south westerly.
Harlyn is likely to be our surf spot of choice today and it should be okay, in fact it might turn out to be very okay!
With a steady and decreasing south westerly wind blowing into a dropping but still chunky five going to three feet of swell, Harlyn should be producing some churning surf.  Starting out in the four to five foot range, dropping to three feet through the day.

A stormy start to the week is going to set a bit of a pattern for the coming wee while I think.  There’s a few little lows out in the Atlantic lining up to blow themselves across us over the next week or two.  So there should be plenty of surf rolling through but plenty of wind too.
So Monday’s gales should abate gradually as we go into Tuesday, a thumping swell still pushing through, the wind shifting to the south west and allowing Harlyn to explode with action.  Big in the morning, gradually dropping through the day, the surf should be pretty good at the right spot, at the right time.
By Wednesday that wind is likely to have shifted to the north, hopefully north easterly, cooling things down a lot but at least helping to shape the small, small surf into something more desirable.
And then, as we go into the back half of the week the pattern is likely to repeat.
Strong onshores through Thursday pushing up the swell and lighting up Harlyn again by the afternoon, the wind again sliding to the north and junking things out for Thursday.
So, plenty of surf and loads of weather all week!
Have a great week, wherever you are and whatever you’re doing!