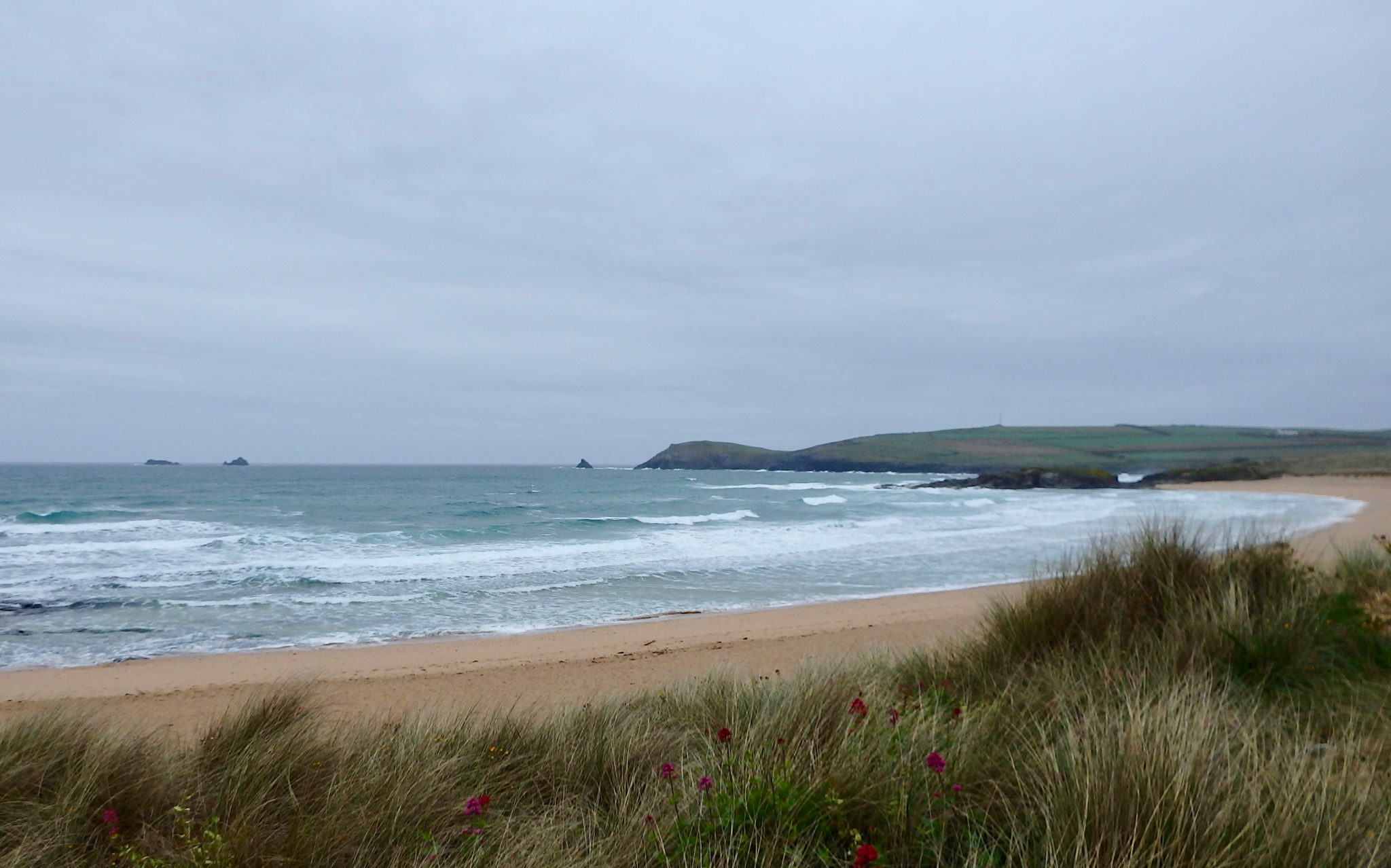 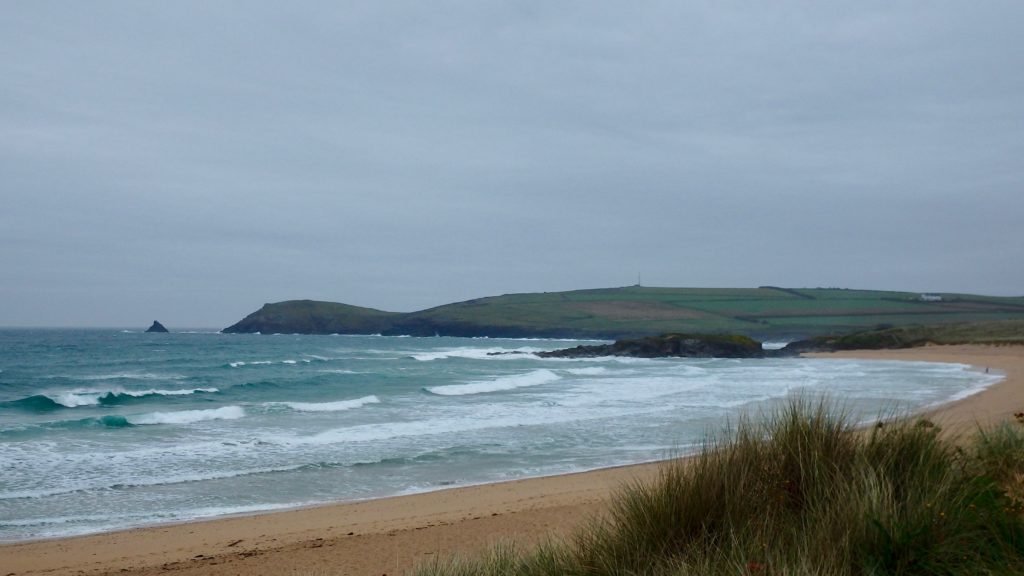 Last night’s torrential downpours have eased back this morning, the hard blowing sou’ westerly wind now just blowing short bursts of more showery stuff around the place.
Yep, it’s a damp and windy one this morning, the sky a uniform grey but the air temperature feeling quite mild.
The surf is pretty junked out as a result of that hard blowing onshore. Three to maybe occasionally four feet of disinterested swell is being pushed and pulled into the bay, those grey waves eventually flopping over themselves into the shallows.
It is surfable and, as always, those onshore blown peaks will provide plenty of launching platforms for the fly boys but it’s not that clean and glidey stuff that a lot of people prefer! The young guys should love it on their high performance sticks! 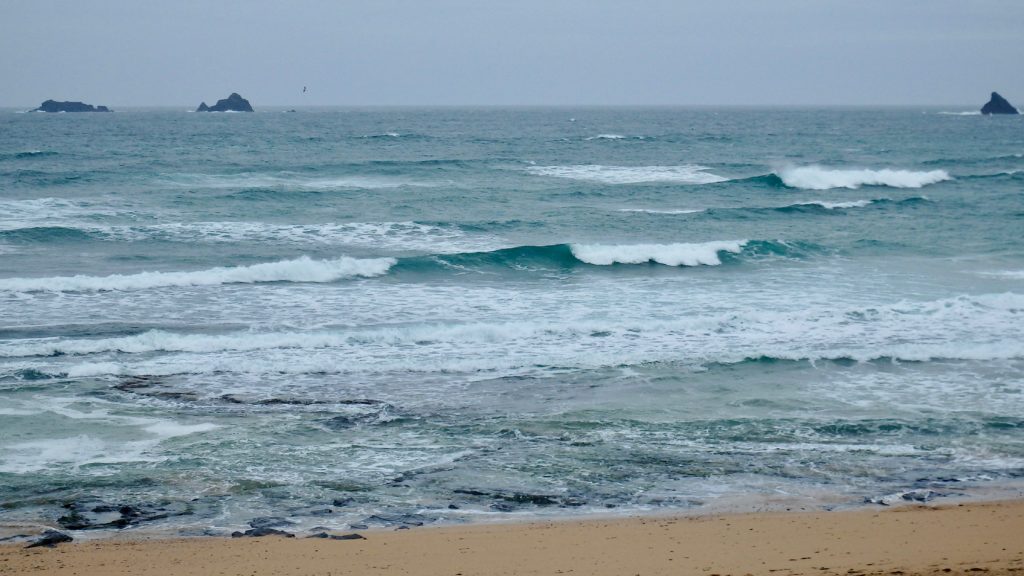 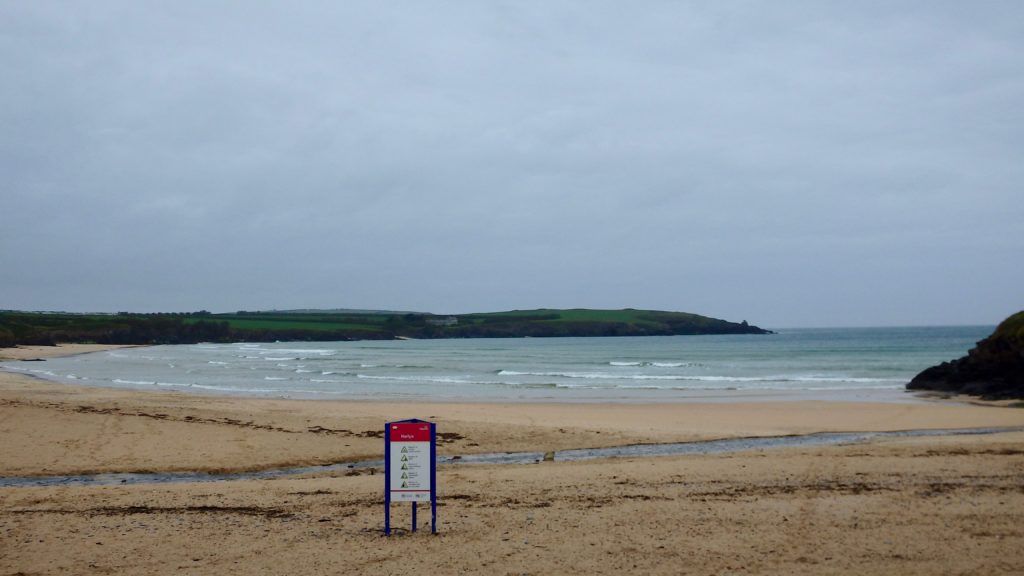 A foot or so of smooth faced little lines are cruising into Harlyn this morning forming into rows of knee high peelers and close-outs, the difference between the two resting on a handful of sand.
Although this swell should slowly strengthen, the dropping tide will probably counteract that.
But at least those tiny but pretty waves should stay with us all day, building just a little on this evening’s rising tide. 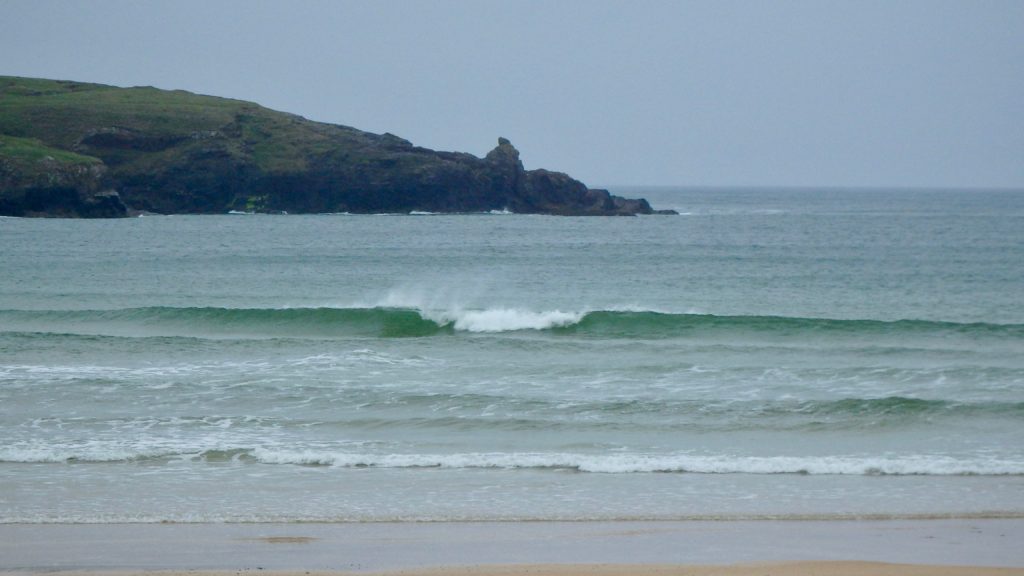 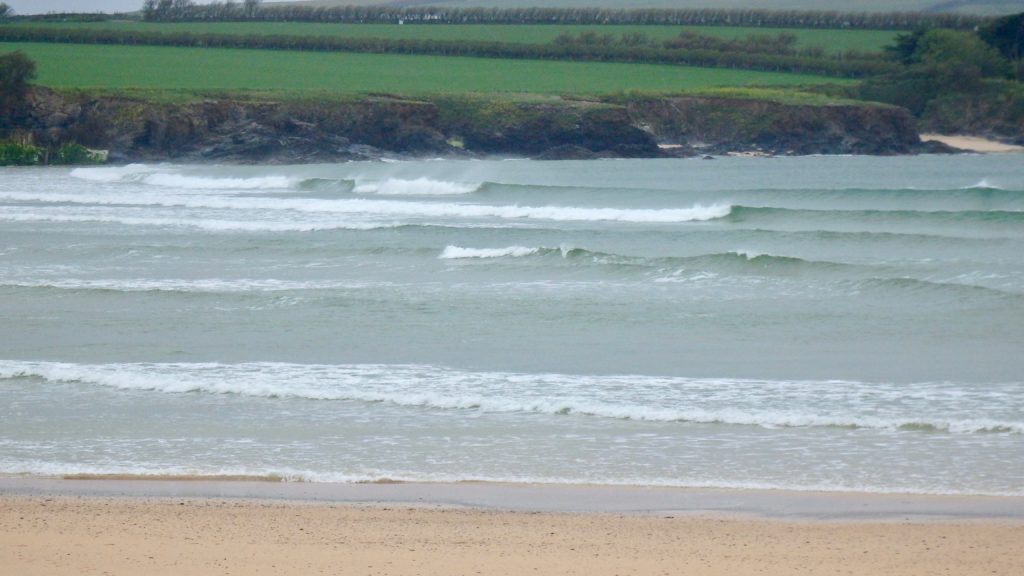 That same south westerly wind will still be blowing a rolling four to five foot swell our way today.
Harlyn might be starting to look a little more interesting with a half decent two to three feet of offshore modelled tubey surf – if we’re lucky!
Shame about the weather though!

Onshore, south and south westerly winds are going to be blowing a rolling windswell our way through the first half of this week, the weather a bit mixed but generally staying mild before noticeably warming up for a short period.
We are going to be deciding whether to surf three to four feet and occasionally bigger surf at our favourite, more swell exposed surf breaks or glide across much smaller but cleaner and more organised waves at the usual sheltered spots.
By midweek the wind is probably going to be bak in the north, a freshening north westerly messing up the surf at all of the local breaks and making the air feel colder too.
So, we can expect a mixed up week of more average conditions but with waves to ride, getting quite good for moments if you know where to go and when but otherwise still being good enough to be worthwhile.
Have a great week, wherever you are and whatever you’re doing!