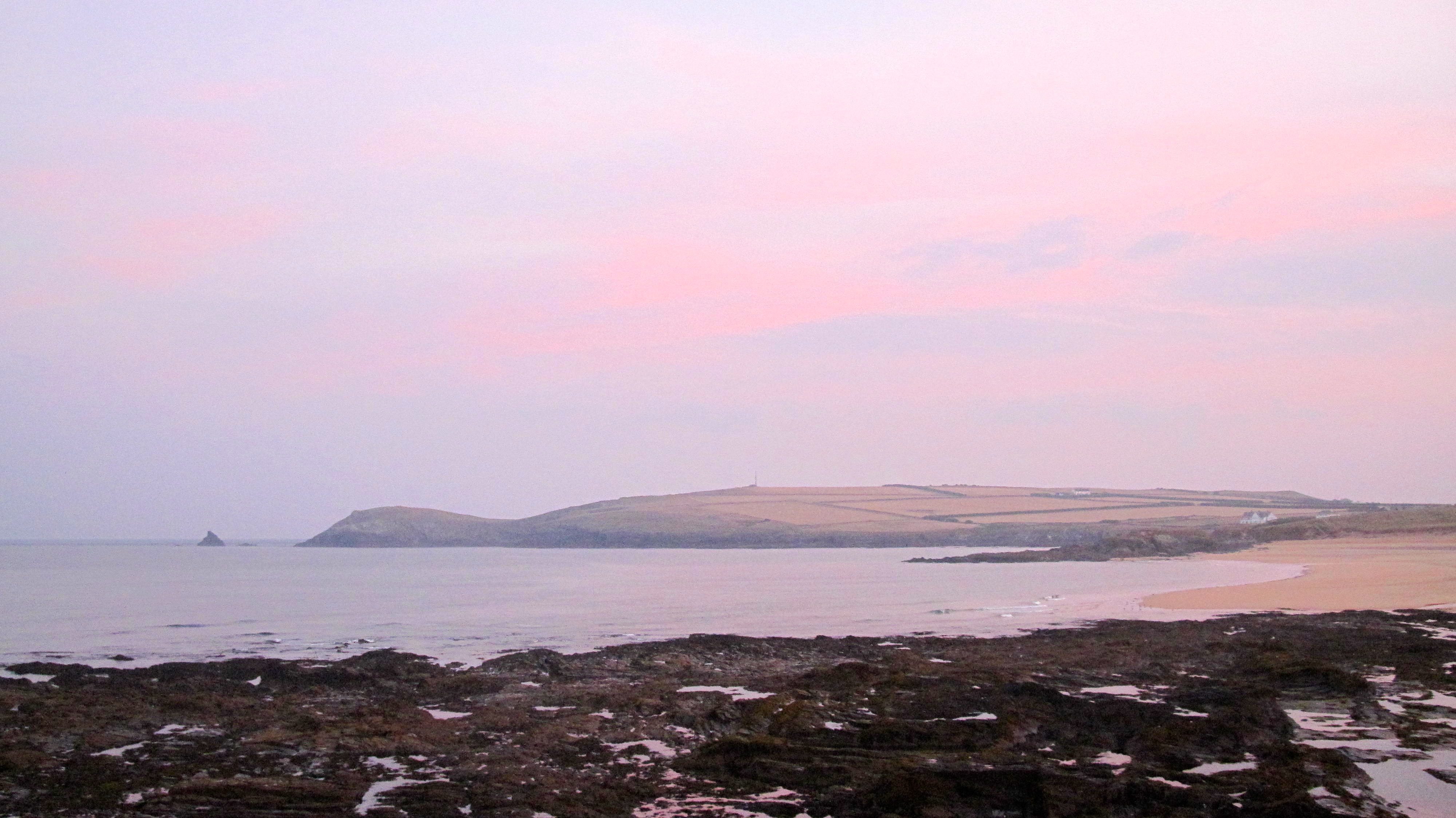 Ripples of Pink are spreading from the East as yet another fantastic sunrise explodes the dawn, that pale blue sky spreading to the opposite horizon above a placid turquoise ocean.
There’s no surf, it’s as flat as you ever want to see, the odd ripple attracting a second glance but not. It’s ideal for a SUP session but there ain’t no waves here today!
No, it’s the South Coast that should be seeing the action today and I think that you can take your pick of breaks again down there. But I can’t imagine anywhere on this coast having surf big enough to stand up on.

It’s as flat as you might expect again today.  Great for a paddle but not so very interesting if you’re looking to go surfing!

You’re going to be lucky to find a wave to surf on along this coast today, the swell from that very southerly based low pressure just isn’t getting around Land’s End to us.
But luckily it’s not too far to get o some decent breaks over on the far coast and that’s where any action will be today.

It looks as though we are in for at least a few days of maybe quite frustrating surf conditions on this stretch of coastline.
All the swell generating action is down off the Bay of Biscay, a thousand miles away on the other side of the Cornish Peninsula. The South Coast is having a field day but there’s not as much swell as we would like getting all the way around Land’s End.
So while the wind conditions stay light and offshore creating beautiful conditions and the weather stays calm and bright enough and sunny enough, there’s unlikely to be much in the way of surf locally for a few days yet.
Get the longbaords out for the end of the week though, Summer is not over just yet!
Have a great week, wherever you are and whatever you’re doing!