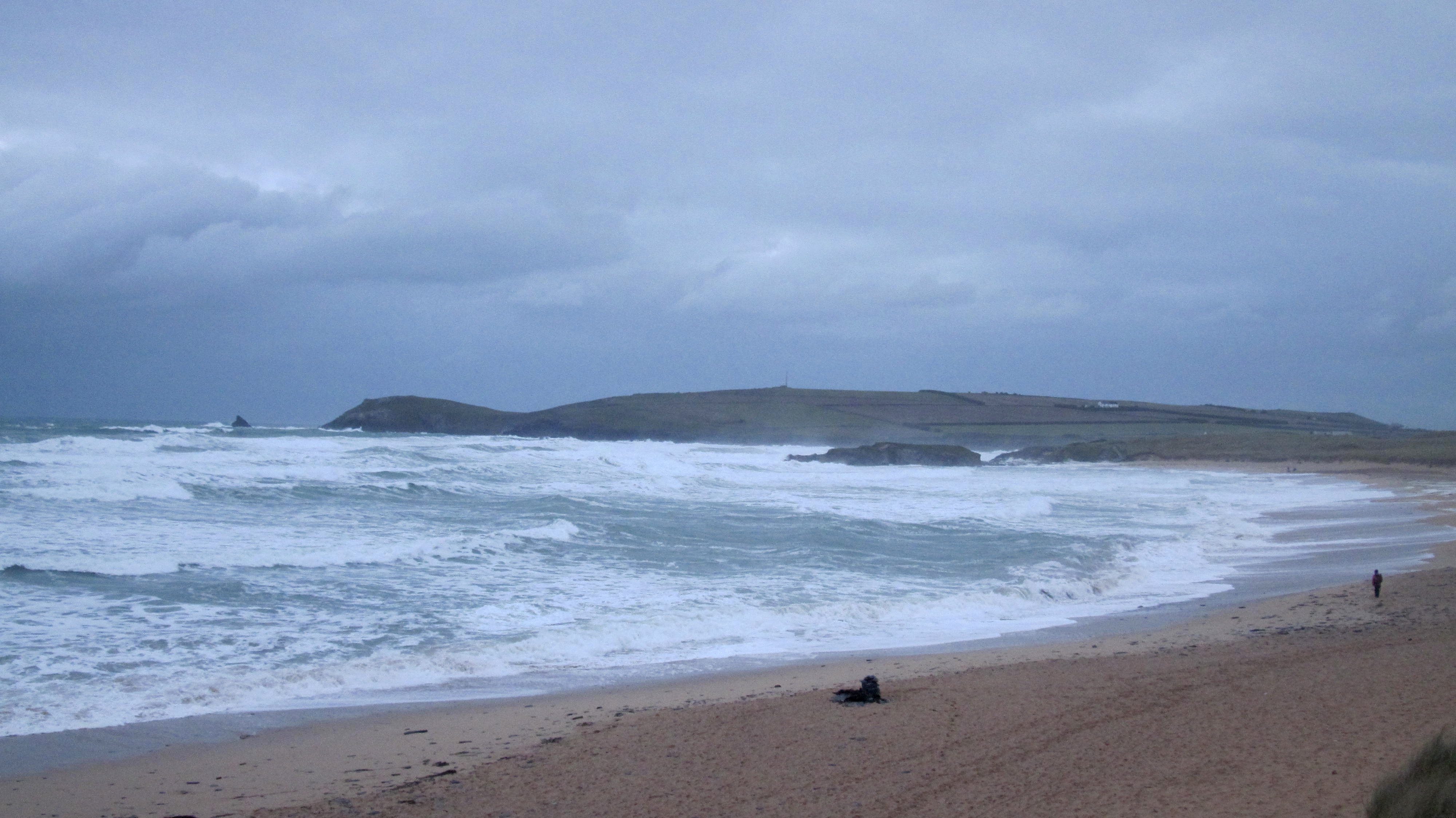 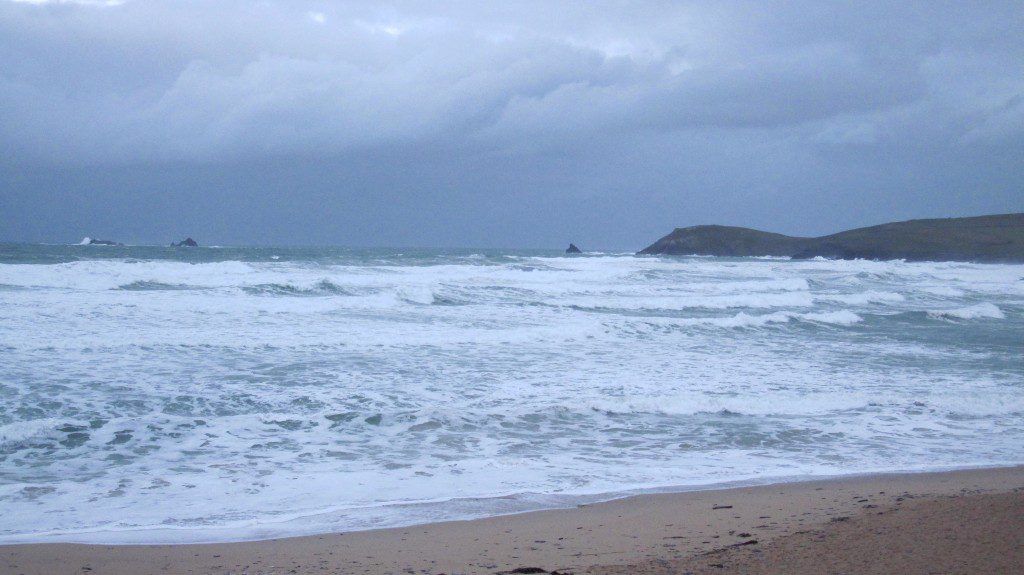 The wind is still howling through this morning, a squealing westerly blow, wrecking those big, thick and grey waves that are pouring into the bay.
8 to 10 feet of mixed up and messy waves are breaking wherever they want, whenever they want, the north atlantic being blown onto the cornish coastline by a weeklong blast of westerlies.
There’s nowhere to surf sensibly around here today so let’s go looking for some shelter! 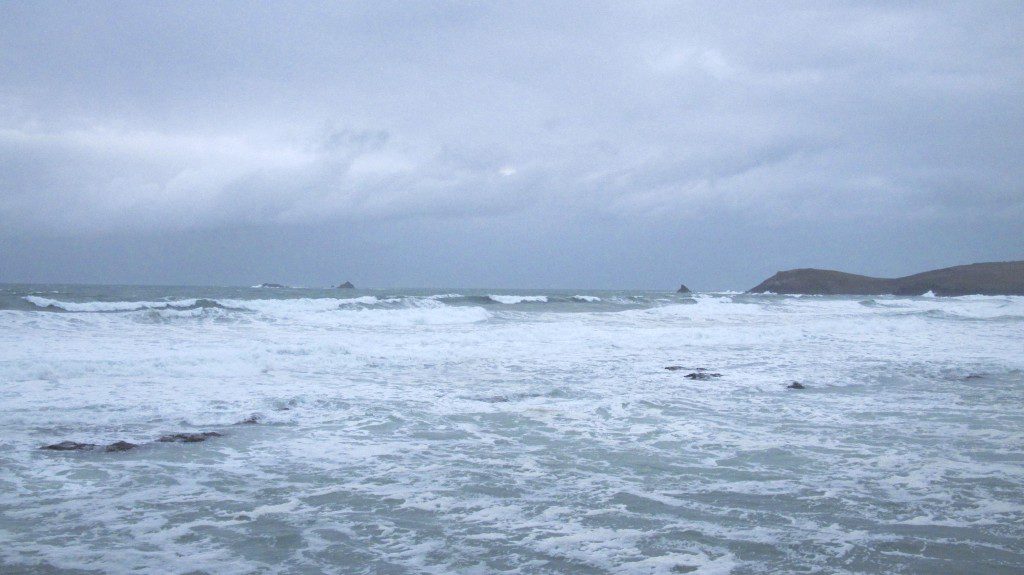 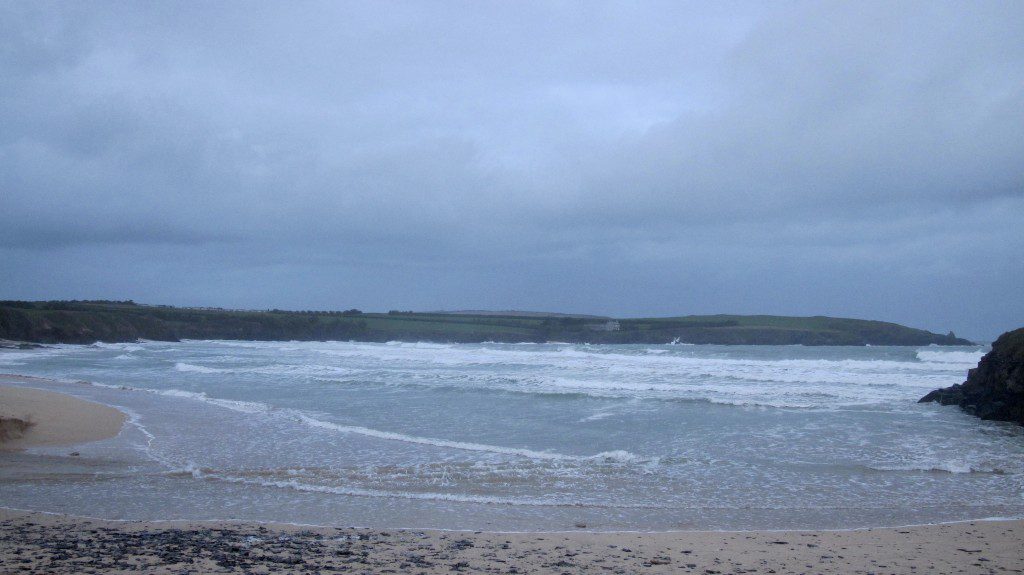 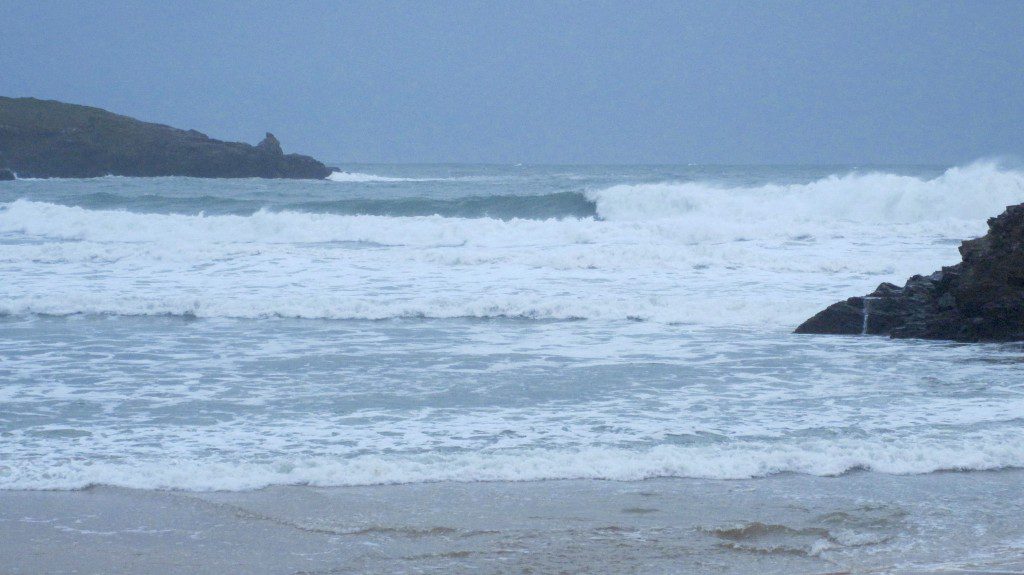 The wind is a little too westerly and the tide is a little too high for it to be good around here this morning but some thick and booming set waves are punching off the Rock and spinning into the deeper middle of the bay.
The wind is forecast to settle further to the southwest as the morning goes along, a much cleaner direction for Harlyn and so it should all improve as the tide drops back.
I’m guessing that we should be enjoying some more three to four foot plus, clean and sharp Harlyn by lunchtime!
These grey skies might even brighten up too! 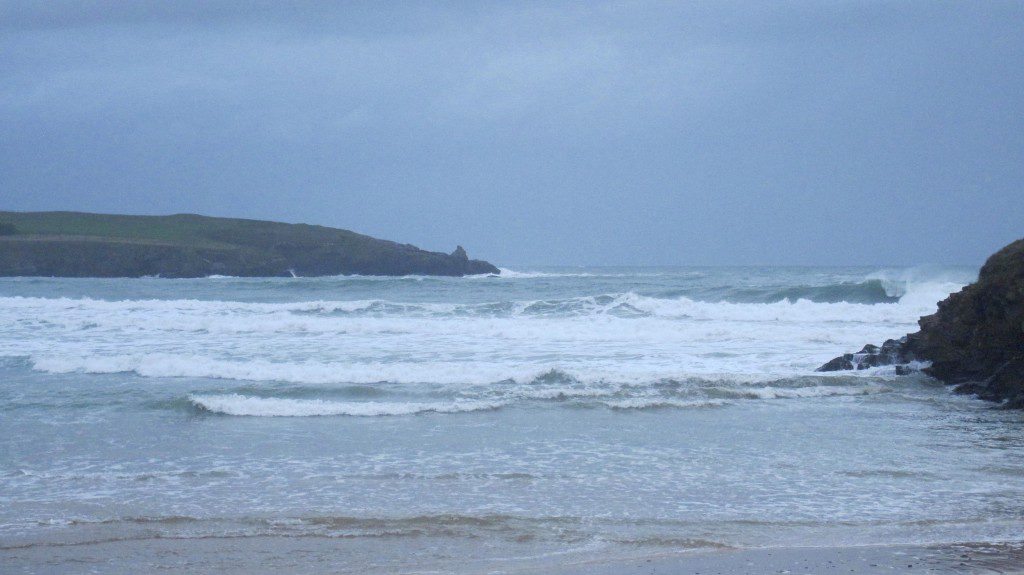 And on it goes!
South westerly coastal gales are likely to continue to batter our coastline, driving those big but thick and shapeless swells into the bays and gullies all along the cornish coast.
Only the super sheltered spots have a chance of any surf worth looking at and even then it will be worth taking it easy. Those waves are bigger and thicker and heavier than they look!

We have had a solid week of driving winds and big swells already and it looks like we have another week at least coming our way!
Strong onshore winds are set for the week ahead, generally blowing in from the south west, veering back and fore between westerly and southerly but mostly from the south west.
And that combination of sou’ westers and thick swells are the main indicators for Harlyn to be the surf venue of choice locally, those big and booming, hollow waves crunching onto the flat sand with some force.
Yep, an autumn week of three to four foot plus Harlyn surf lies ahead but then there are always those other tucked away spots that might be worth a little trek to!
Have a great week, wherever you are and whatever you’re doing!